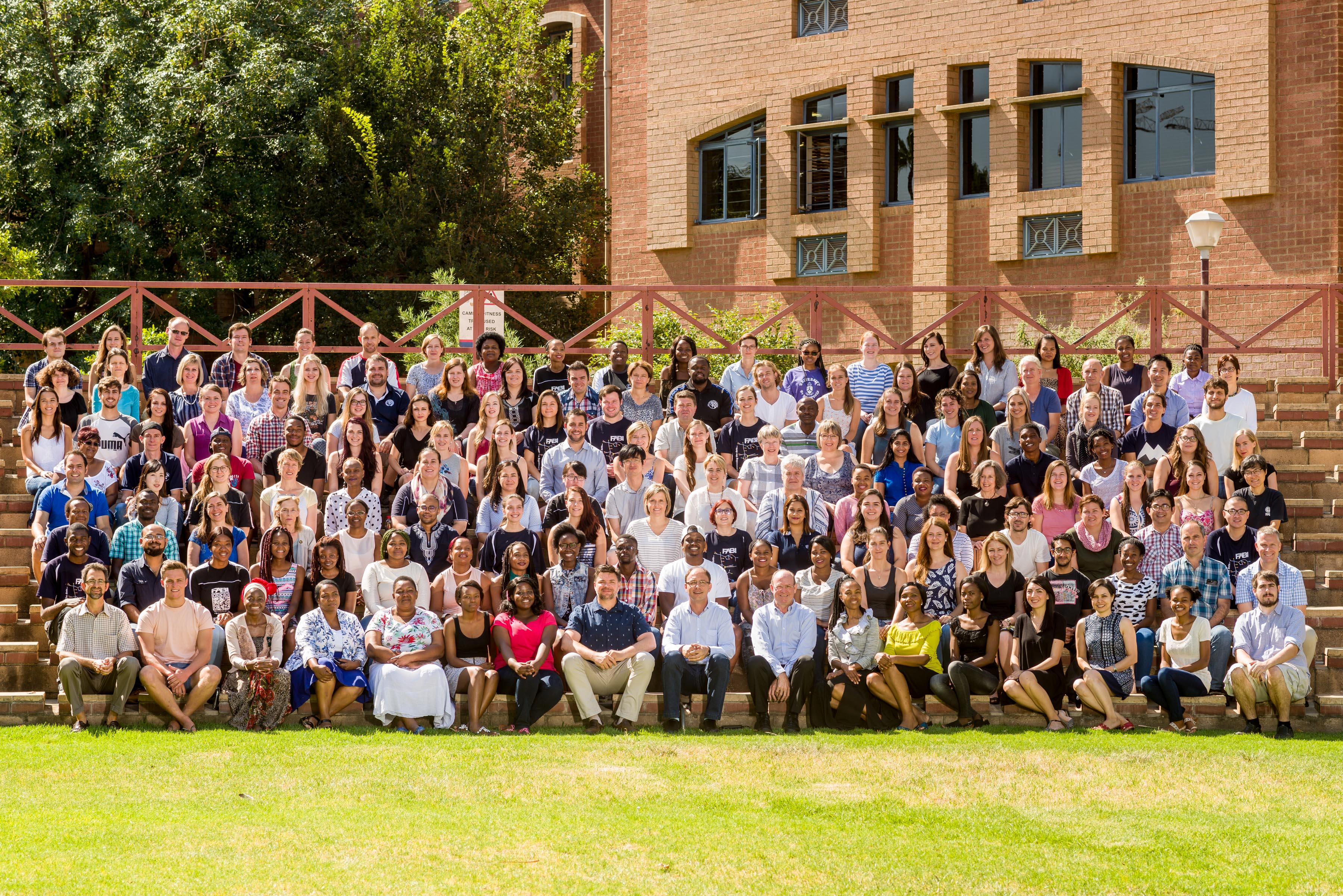 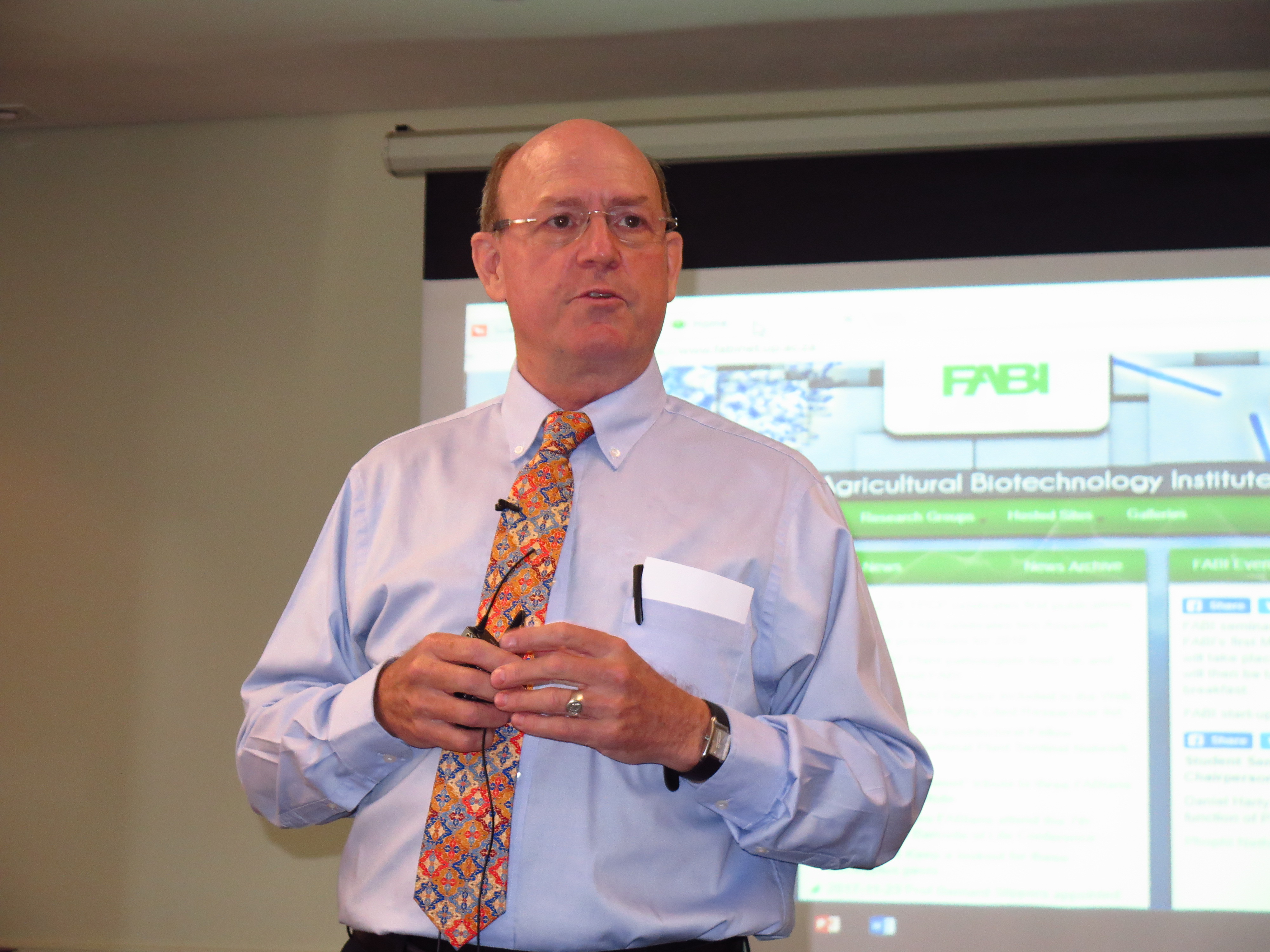 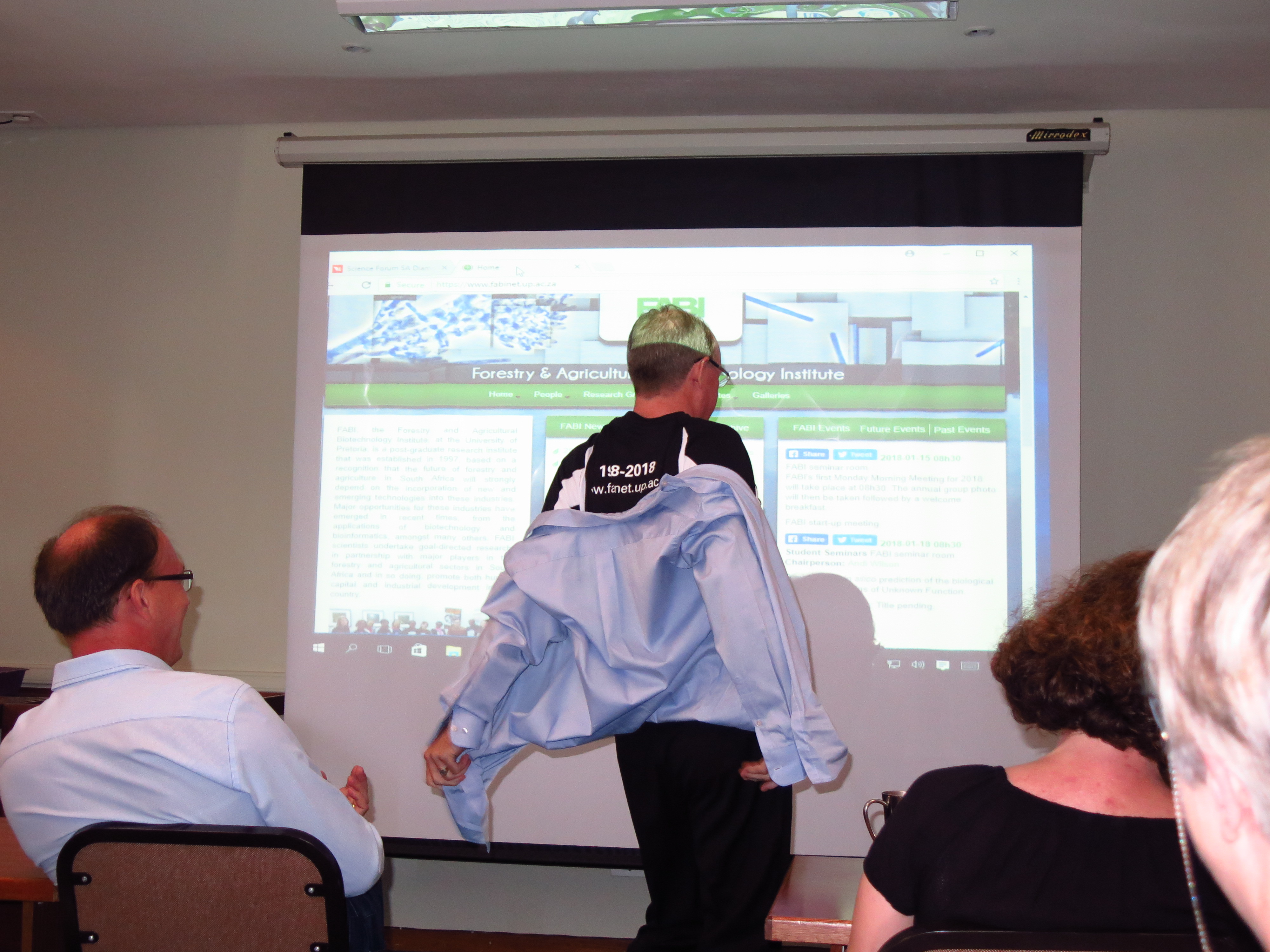 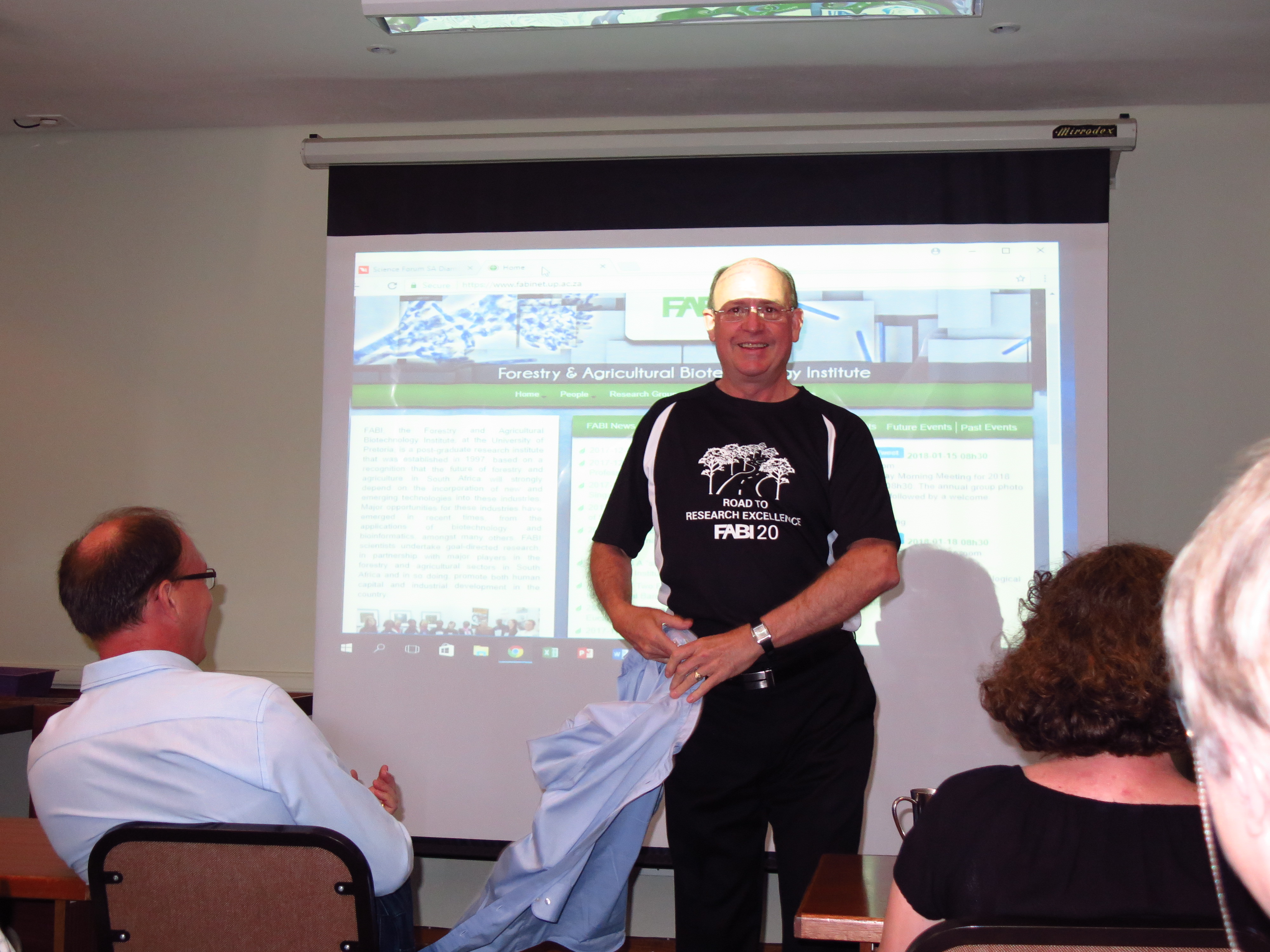 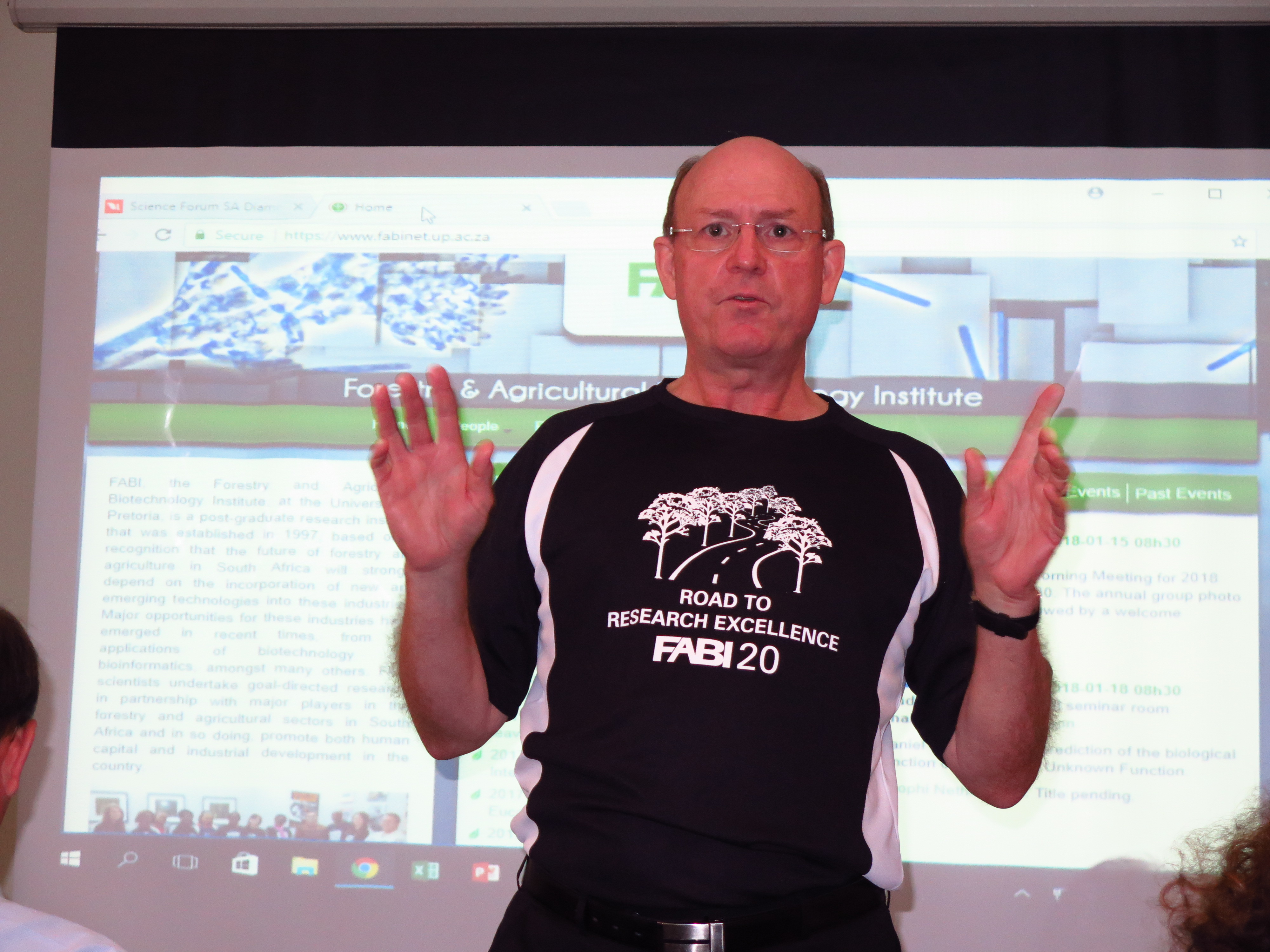 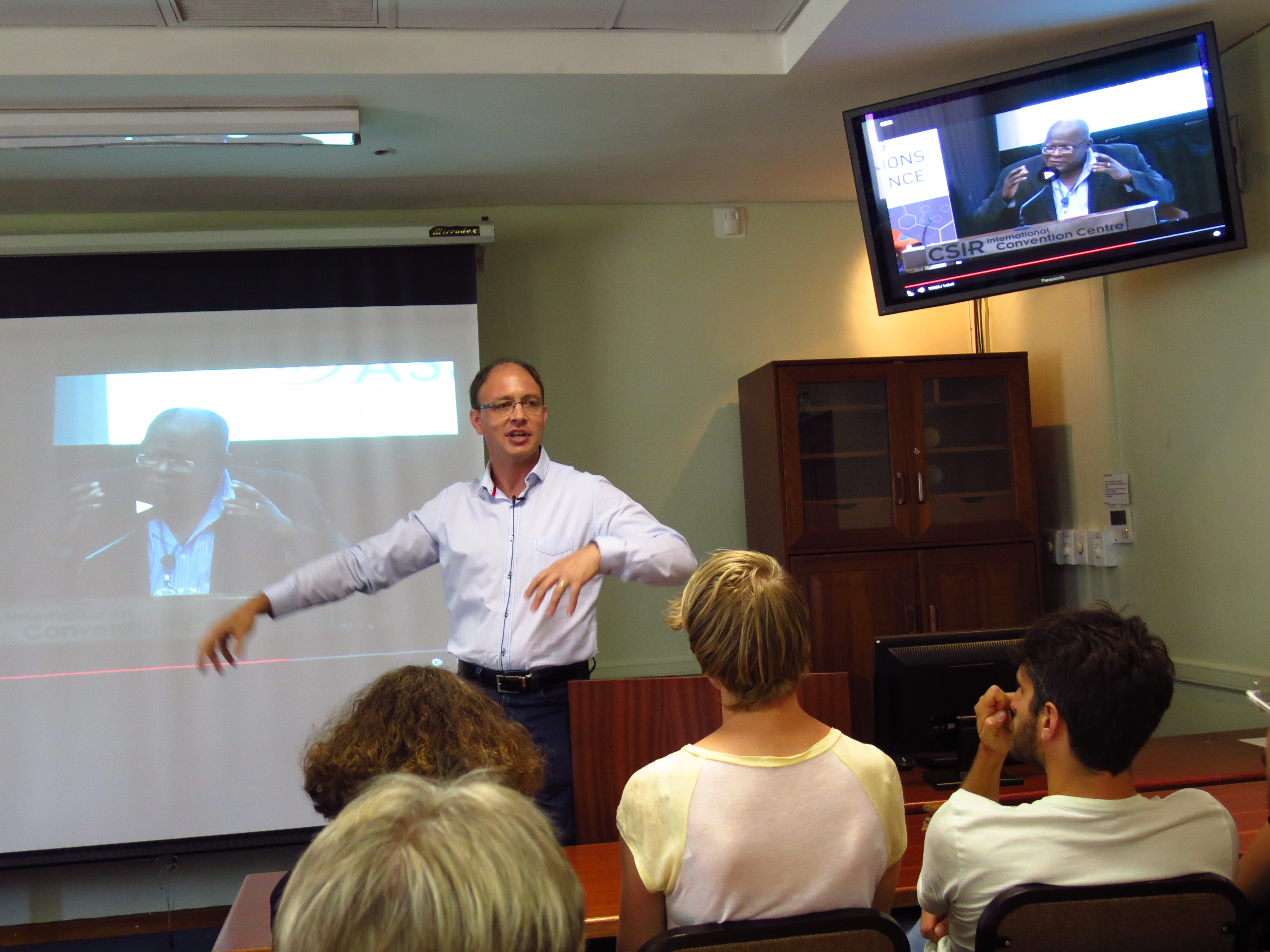 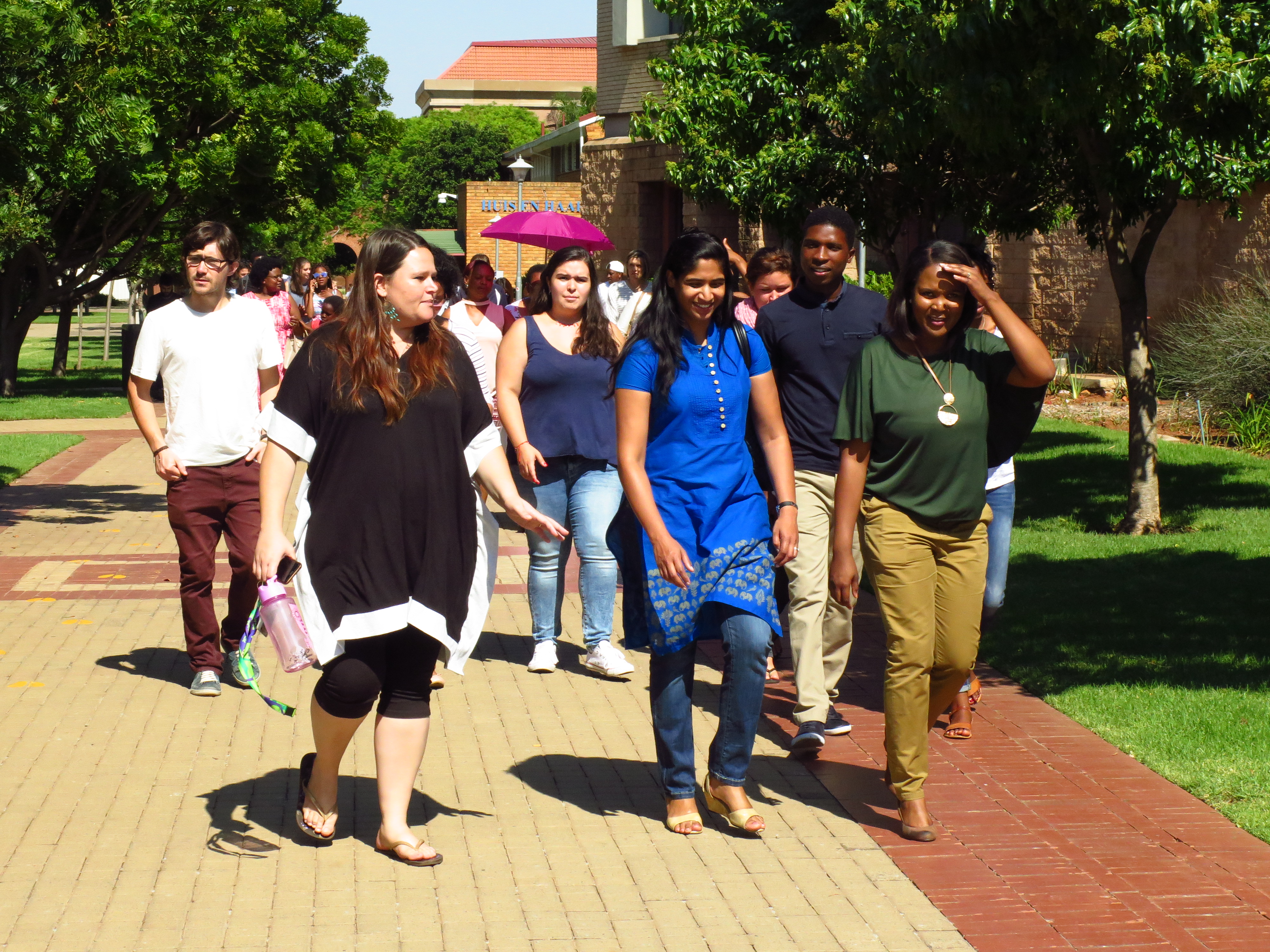 FABI never really closes - but the group enjoys a ‘quieter time” over the Christmas season, which is the South African summer vacation period. Then, early in January, FABI holds an annual “start up” event to reflect on plans for the year ahead. A festive mood prevailed at the opening of FABI on Monday 15 January as the Institute celebrates its 20th anniversary. And importantly also concurrent with Prof. Bernard Slippers taking the helm as the Institute’s new Director. Founding Director, Prof. Mike Wingfield opened the meeting by welcoming everyone.  And before handing over to Bernard, stripped off his shirt to reveal the new FABI t-shirt worn underneath, celebrating FABI’s “20-year Road to Research Excellence”. This is also the theme for the FABI 20th Anniversary symposium to be held this week.

Bernard welcomed everyone back from their festive season break and congratulated FABIans on the hard work that continues to make FABI the success that it is. He expressed his enthusiasm and excitement regarding the many opportunities that lie ahead for FABI and the FABIANS.

The traditional annual group photo was taken before everyone moved back to FABI to enjoy a delicious breakfast and have an opportunity to catch up with friends and colleagues after the festive season break.