FABIan through to the FameLab South Africa finals 2018-01-15 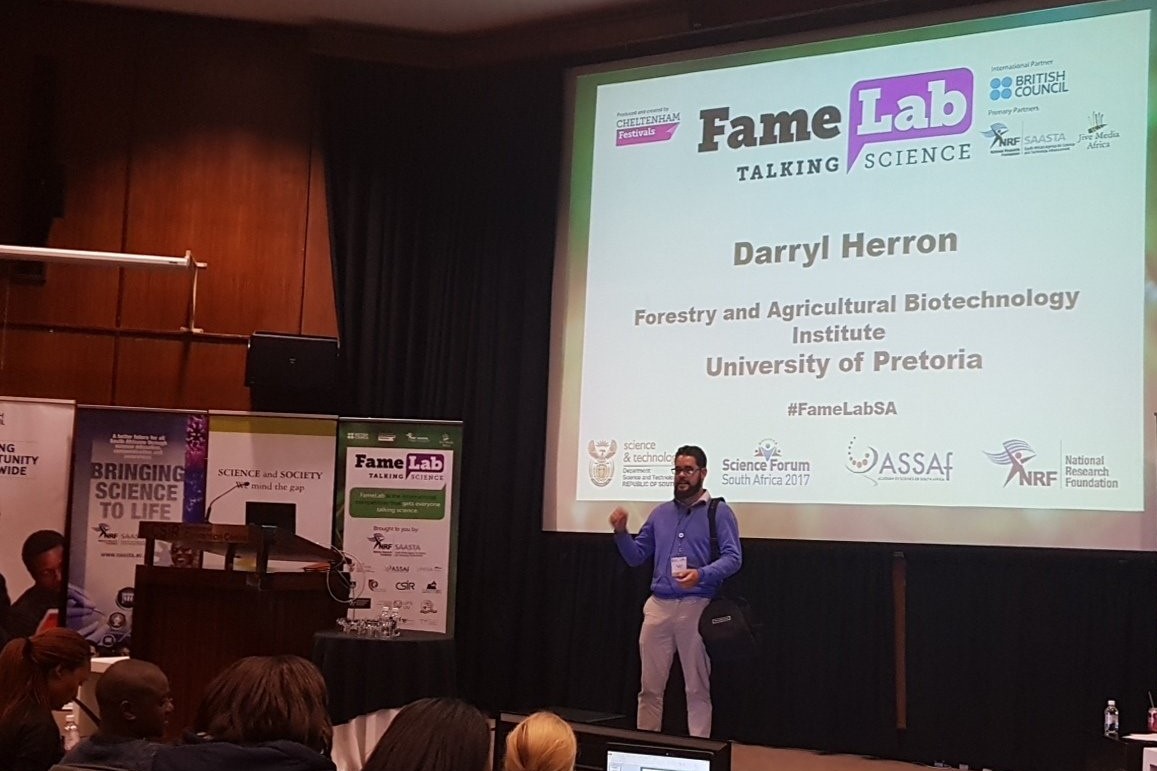 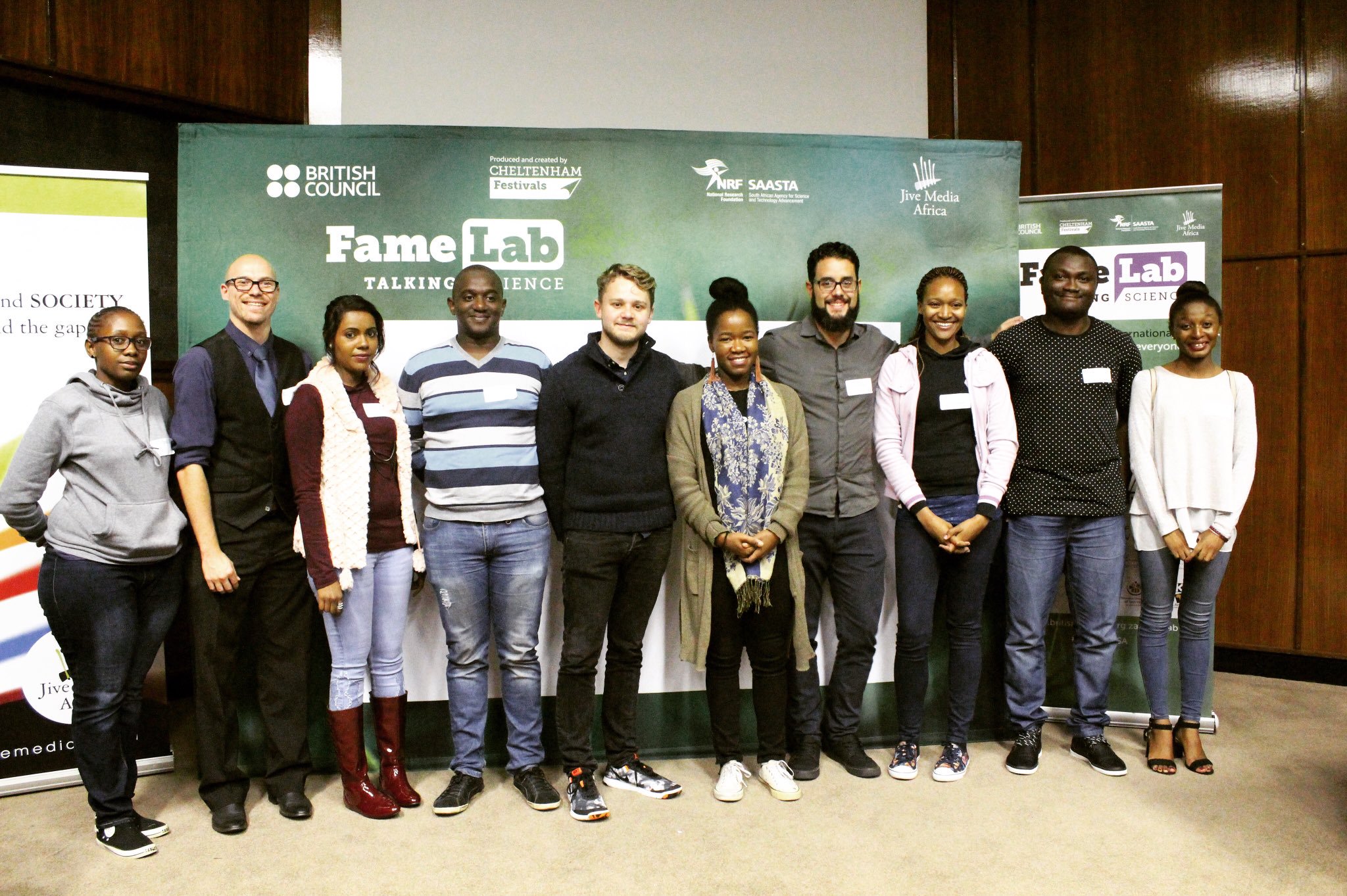 FameLab is one of the biggest and most exciting science communication competitions in the world, looking to find new voices in science, technology, engineering, maths and innovation (STEMI). The aim of the competition is to get young scientists to present and explain a scientific concept to a general audience in three minutes without slides. FameLab is held in 25 countries with the winner in each country going on to represent their country and their science in an international final at the Times Cheltenham Science Festival in the United Kingdom.

The 2018 edition of the FameLab competition is already underway with the fourth South African heat having been completed at the Science Forum South Africa held at the CSIR in December 2017. Darryl Herron, a PhD student at FABI, entered with the hopes of raising awareness about how easy it is for someone to spread pests and pathogens through plants and their products.

Using a travel bag and a bunch of bananas, Darryl showed how easily one could smuggle a diseased plant from one country to another. During his talk he spoke about panama disease and the devastation that has caused for the global banana industry. As he spoke, Darryl built a bomb to demonstrate the ticking time bomb some plants will be when infected with dangerous plant pathogens. After his explosive talk, Darryl was selected as a regional winner and will join all the other regional winners from South Africa where he will again have to showcase his science and compete for a single spot to represent South Africa at the Cheltenham Science Festival.