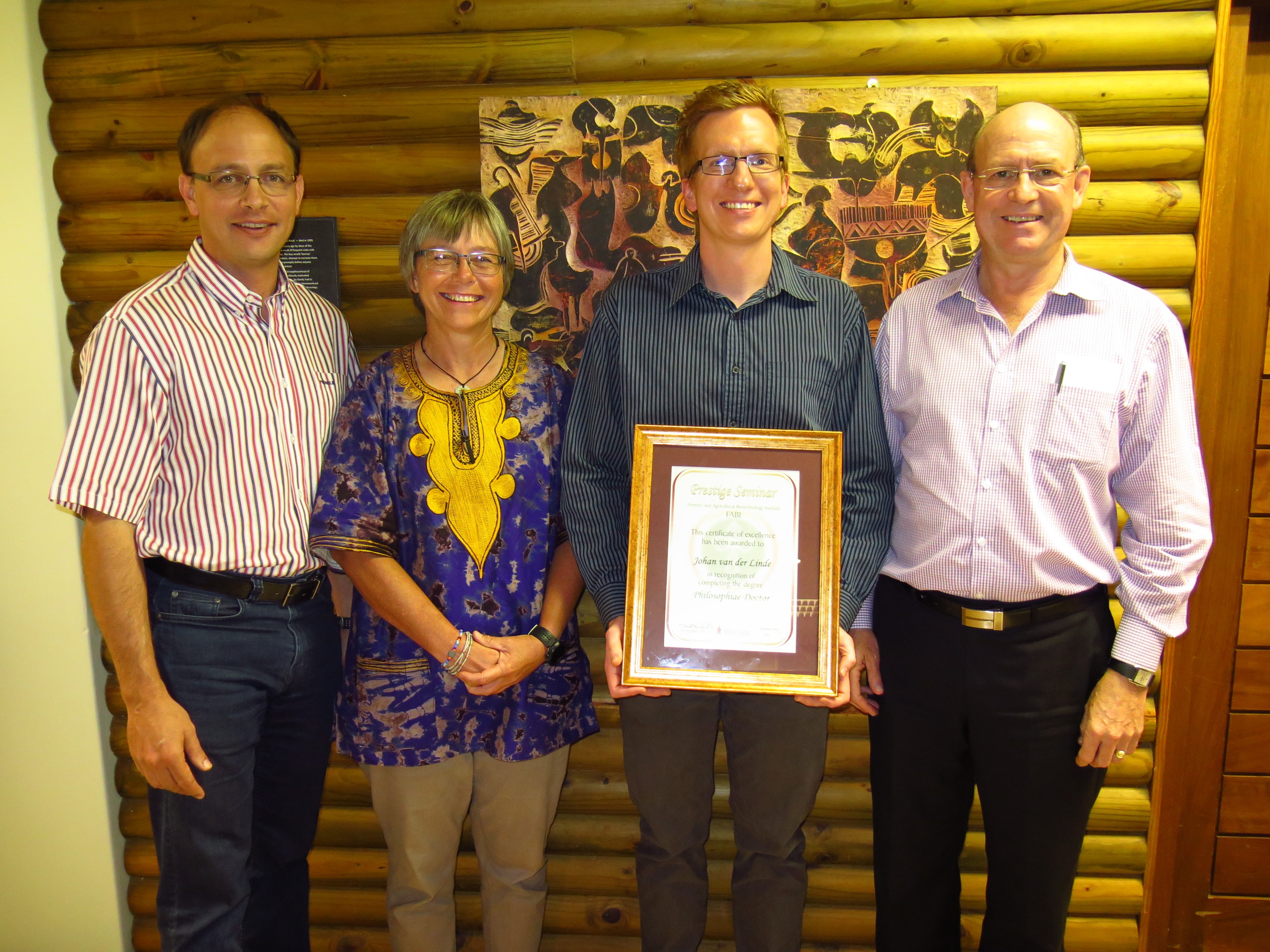 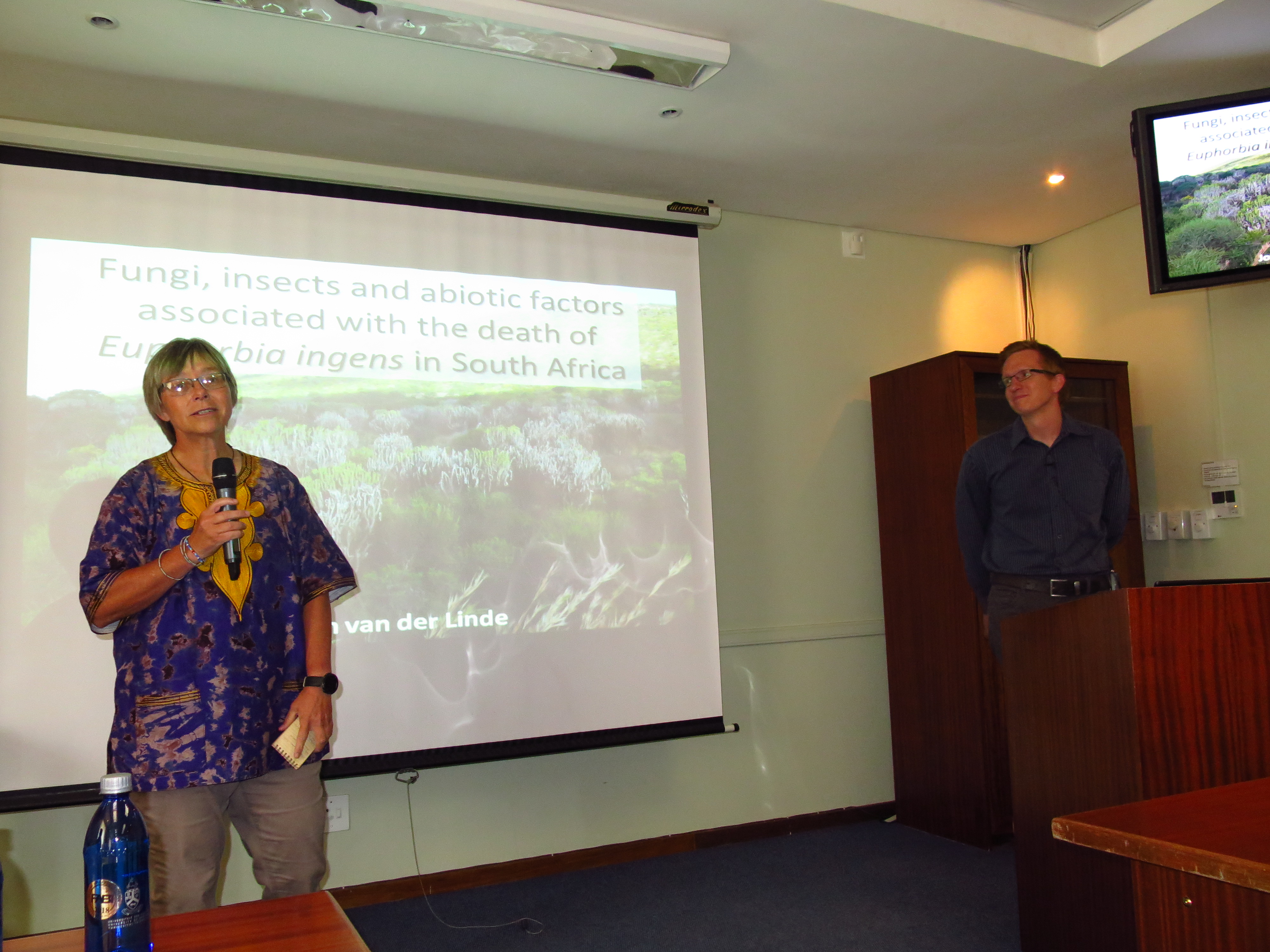 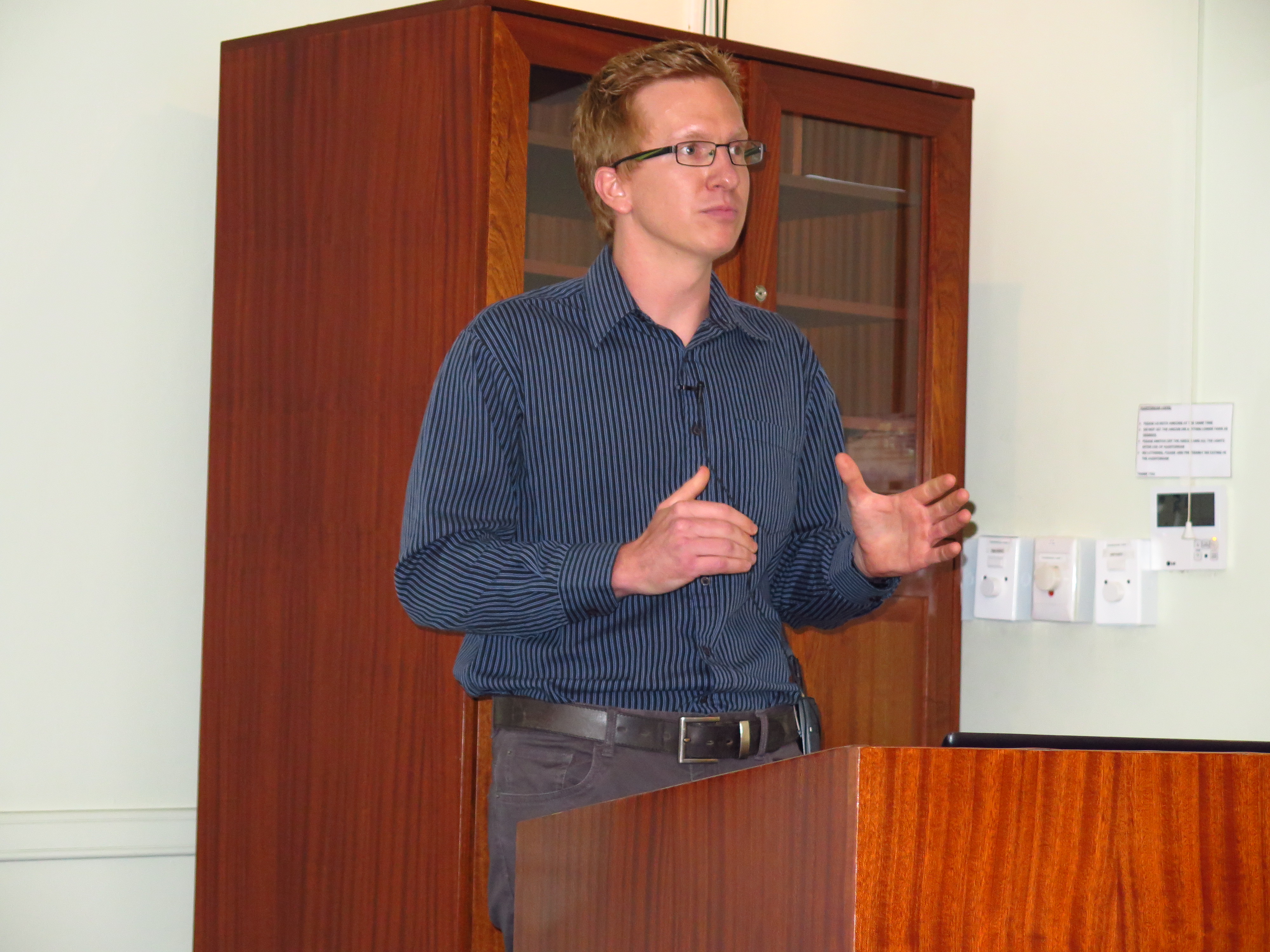 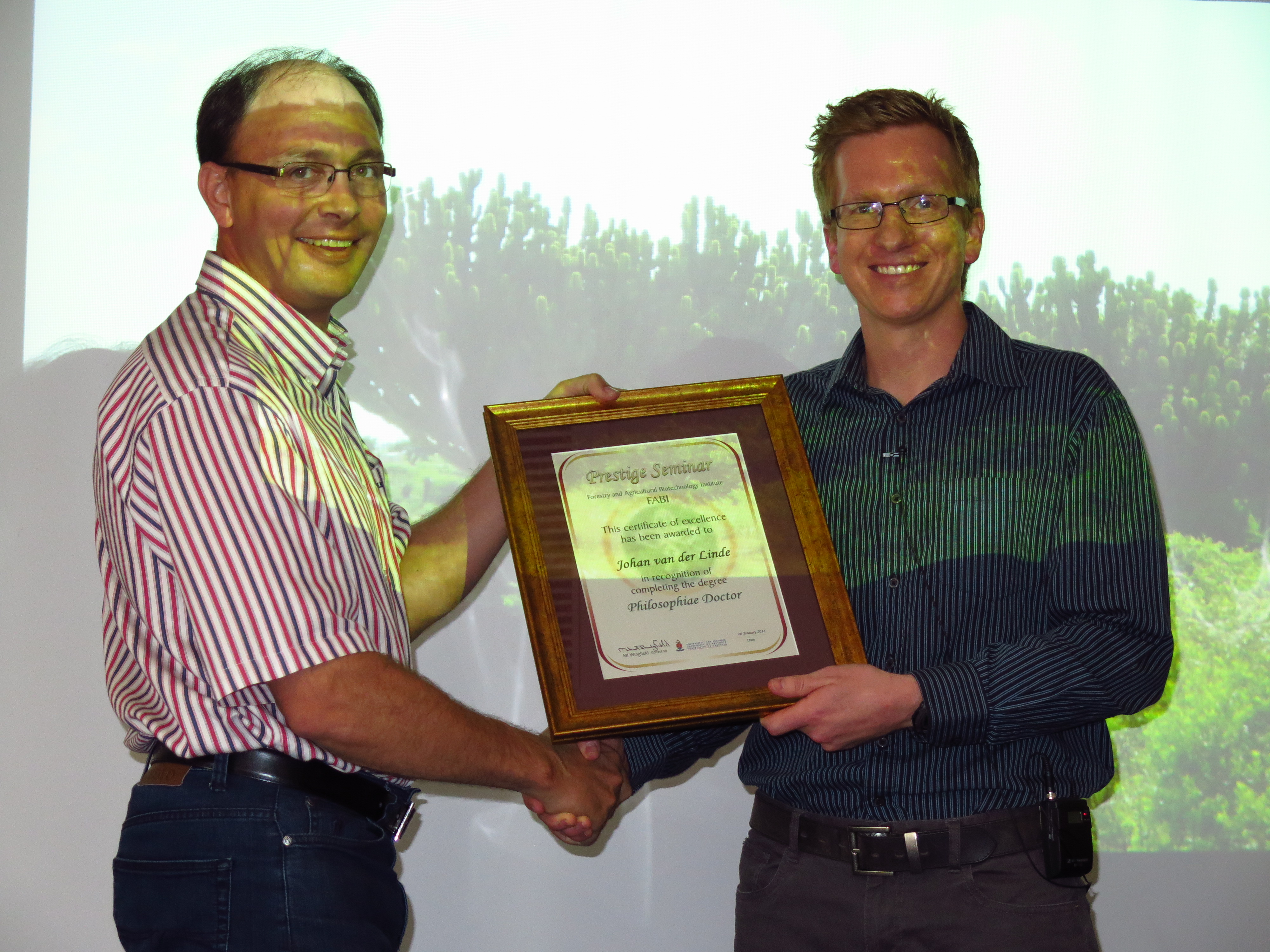 Following a day after the FABI 20th Anniversary Symposium, Johan van der Linde became this year’s second FABIan to successfully complete the requirements for this Ph.D. on 26 January. His project was entitled “Fungi, insects and abiotic factors associated with the death of Euphorbia ingens in South Africa”.

Euphorbia ingens is an iconic succulent tree  species. In 2007, reports were received of large numbers of these plants dying in the Mokopane area of the Limpopo Province of South Africa. Johan’s study considered the impact of the fungal pathogens and beetles associated with stressed plants. He concluded from his studies that these biotic factors were not the primary driver of the die-back of E. ingens. Rather, his studies revealed that abiotic factors were the primary driver of the disease problem.  Also that poor landscape management contributes strongly to E. ingens mortality. More specifically, Johan found that overgrazing and fire suppression resulted in decreased grass cover and encroachment by the fast-growing sicklebush Dichrostachys cinerea with devastating results for the E.ingens trees.