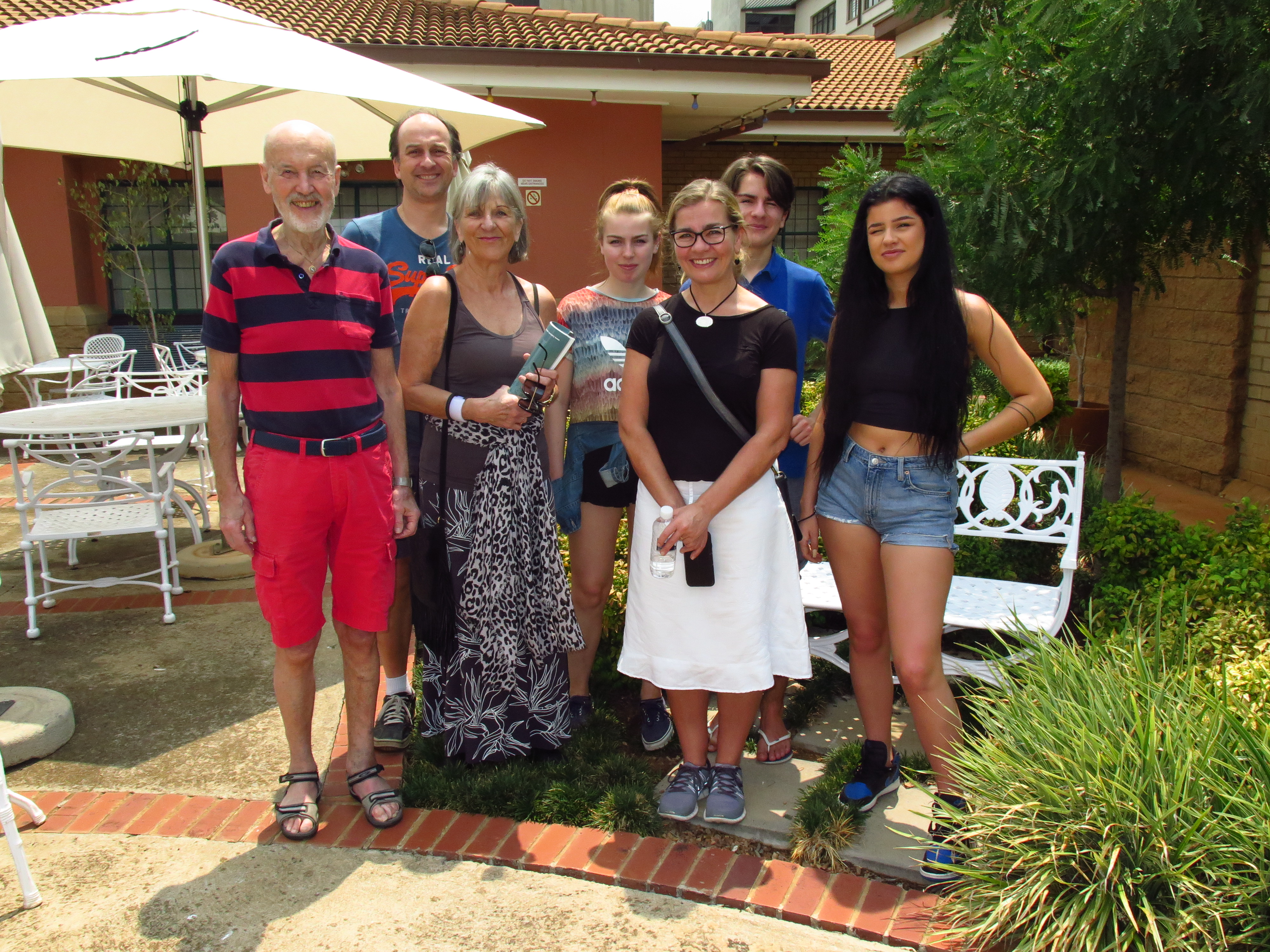 Prof. Paal Krokene, a globally recognised forest protection specialist from Norway, visited FABI along with his family on 20 February.  Paal, who especially well-known for his research on the response of trees to infestation by bark beetles and their associated fungi spent a six-month sabbatical in FABI in 2003. He has also visited FABI and the University of Pretoria on a number of other occasions to serve on review panels and to engage in research discussions with FABI staff and students.  During his recent visit, he was accompanied by his wife Christine, his three children Hana, Mats and Pia and his parents Henrik and Brenda Krokene.  Other than meeting with various of his colleagues in FABI, he used the opportunity to allow his family members to tour the University of Pretoria campus and the facilities of FABI.  His children had spent time on the UP campus 15 years ago and were enthusiastic to see the campus after a long break and to recall memories of the past.