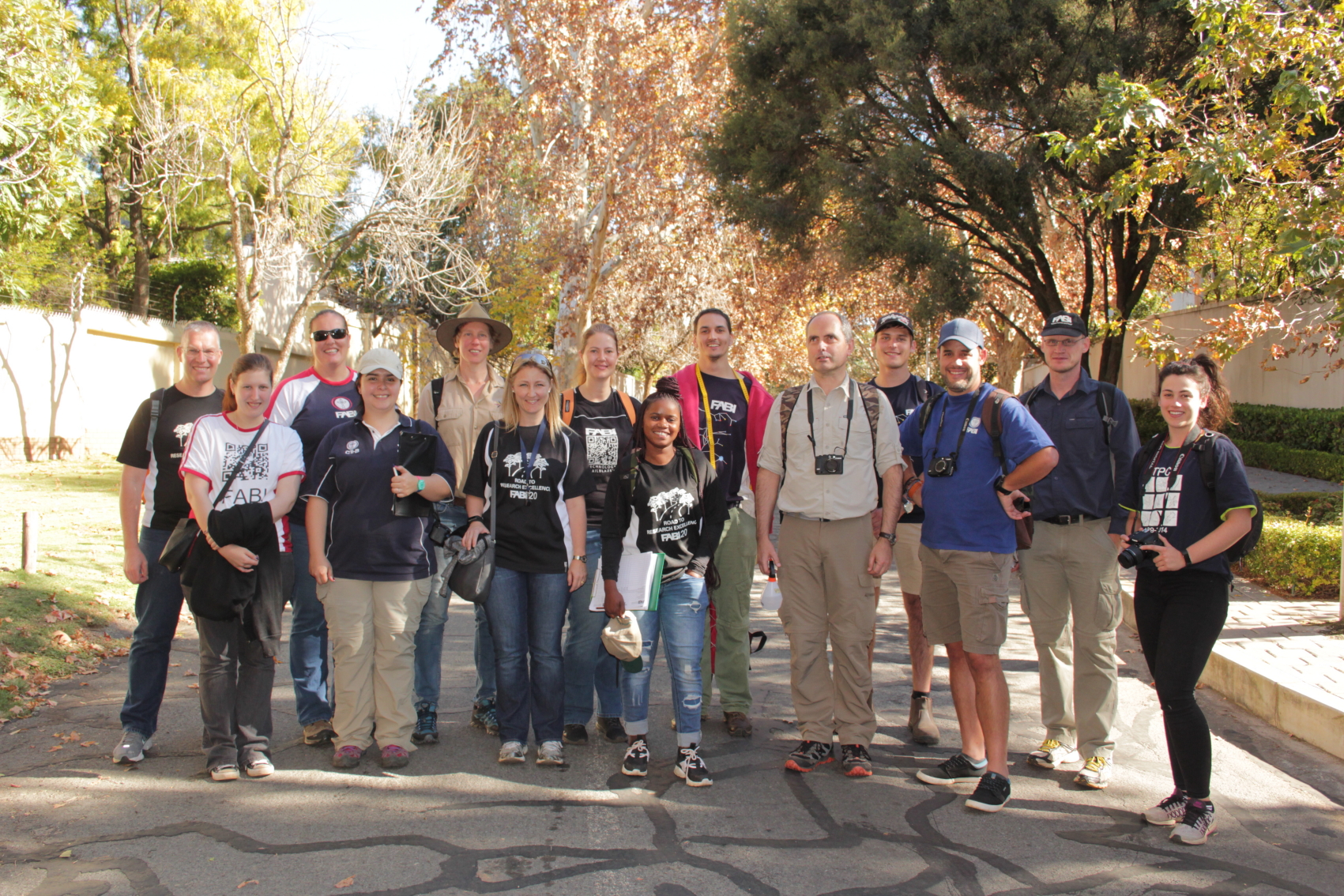 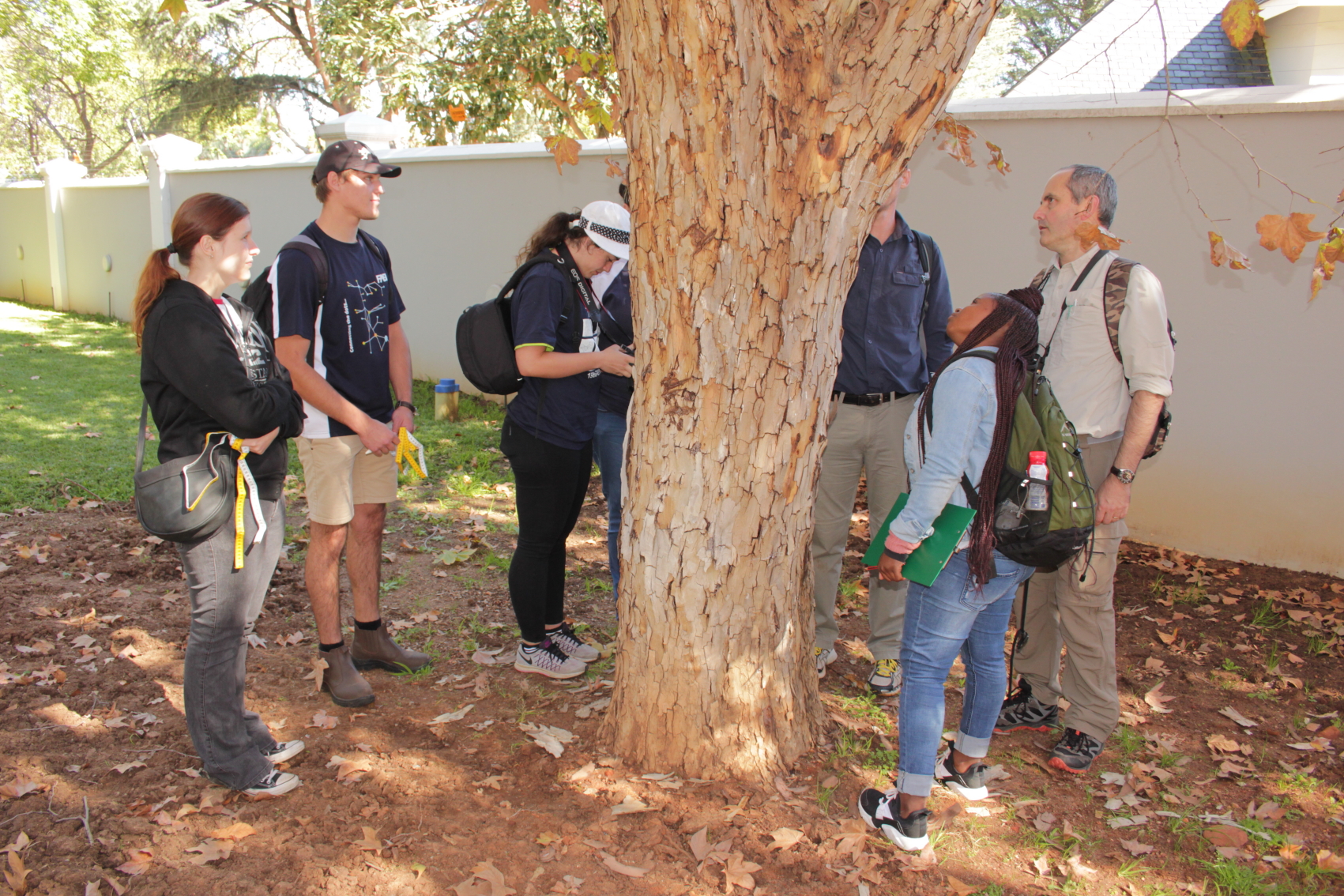 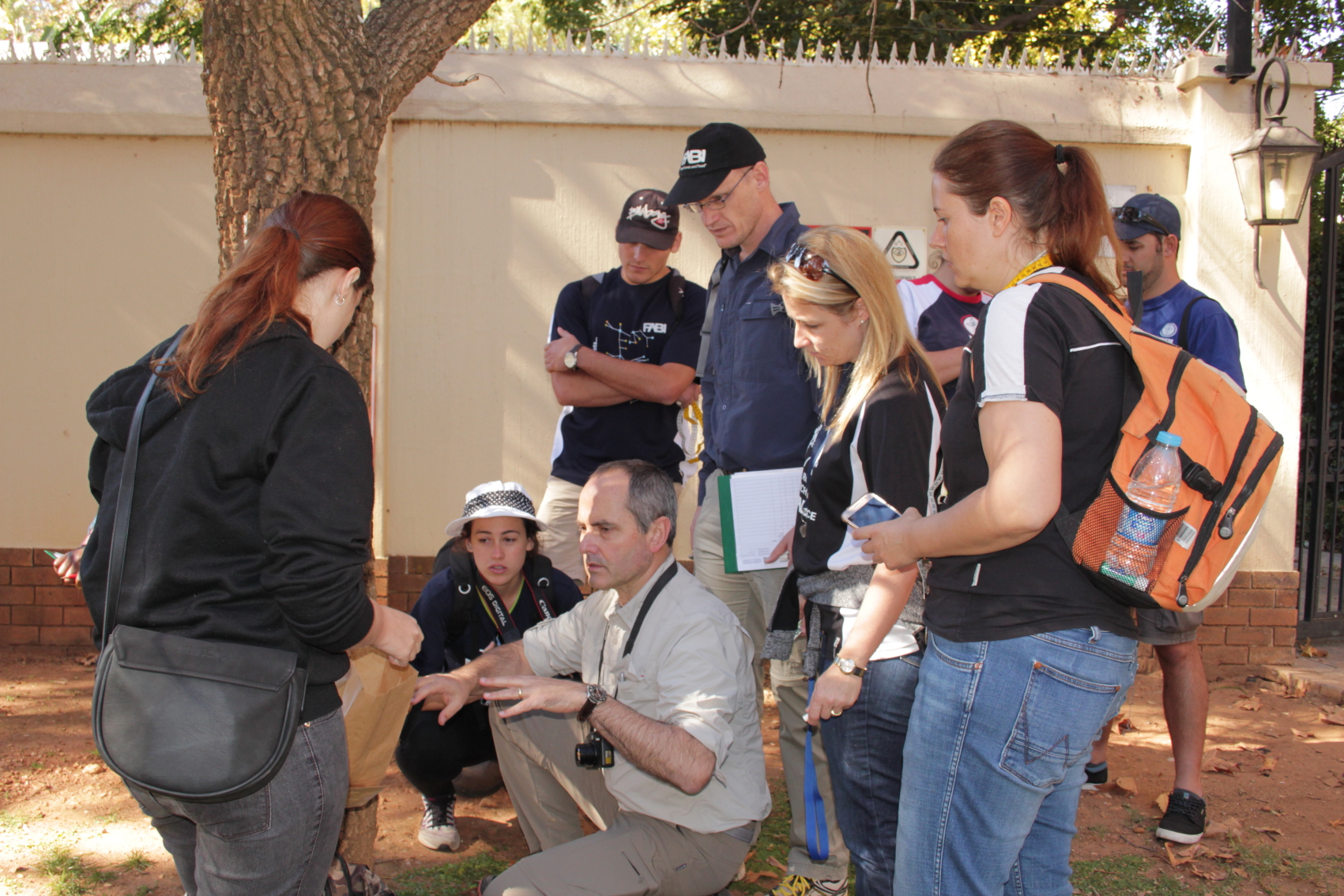 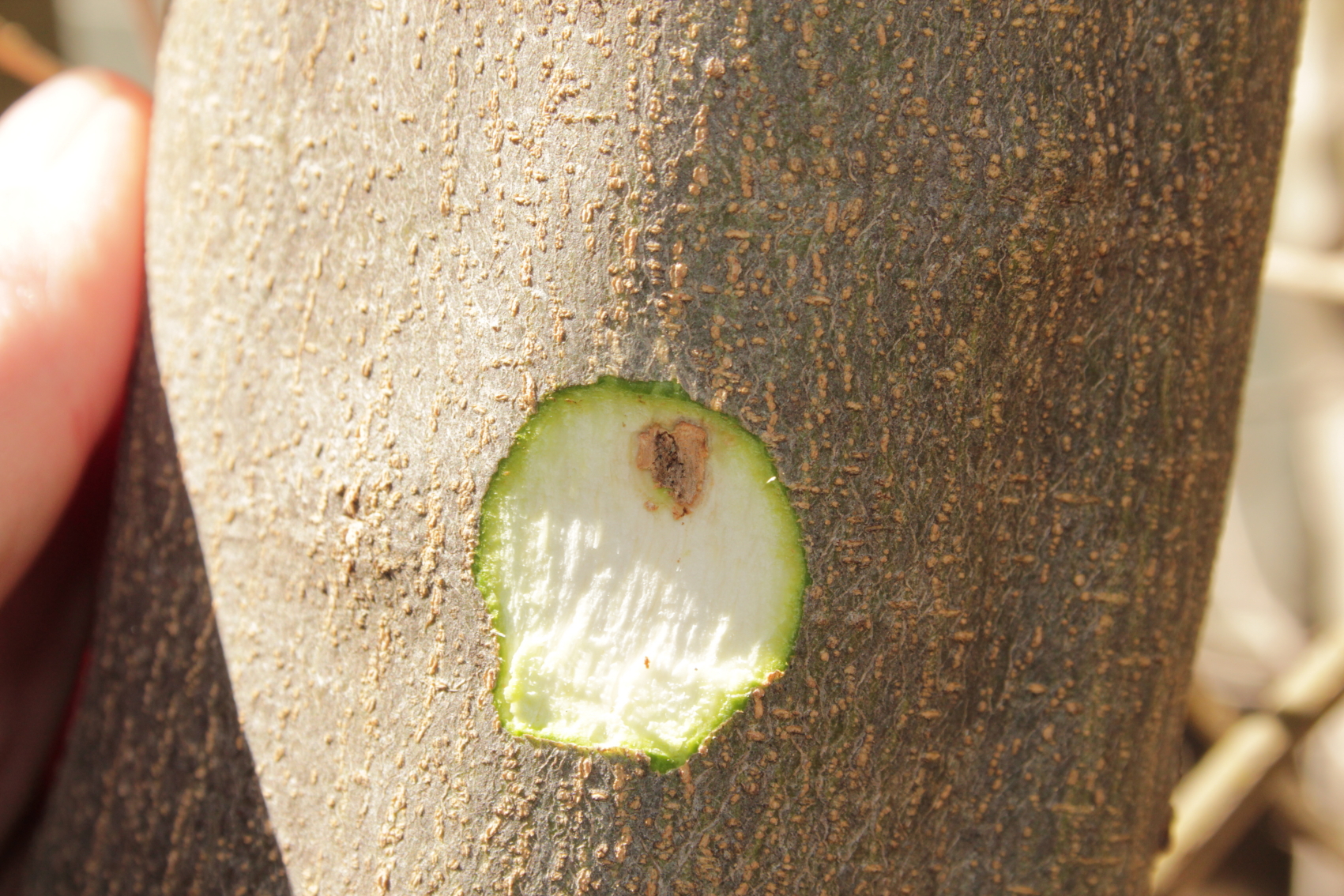 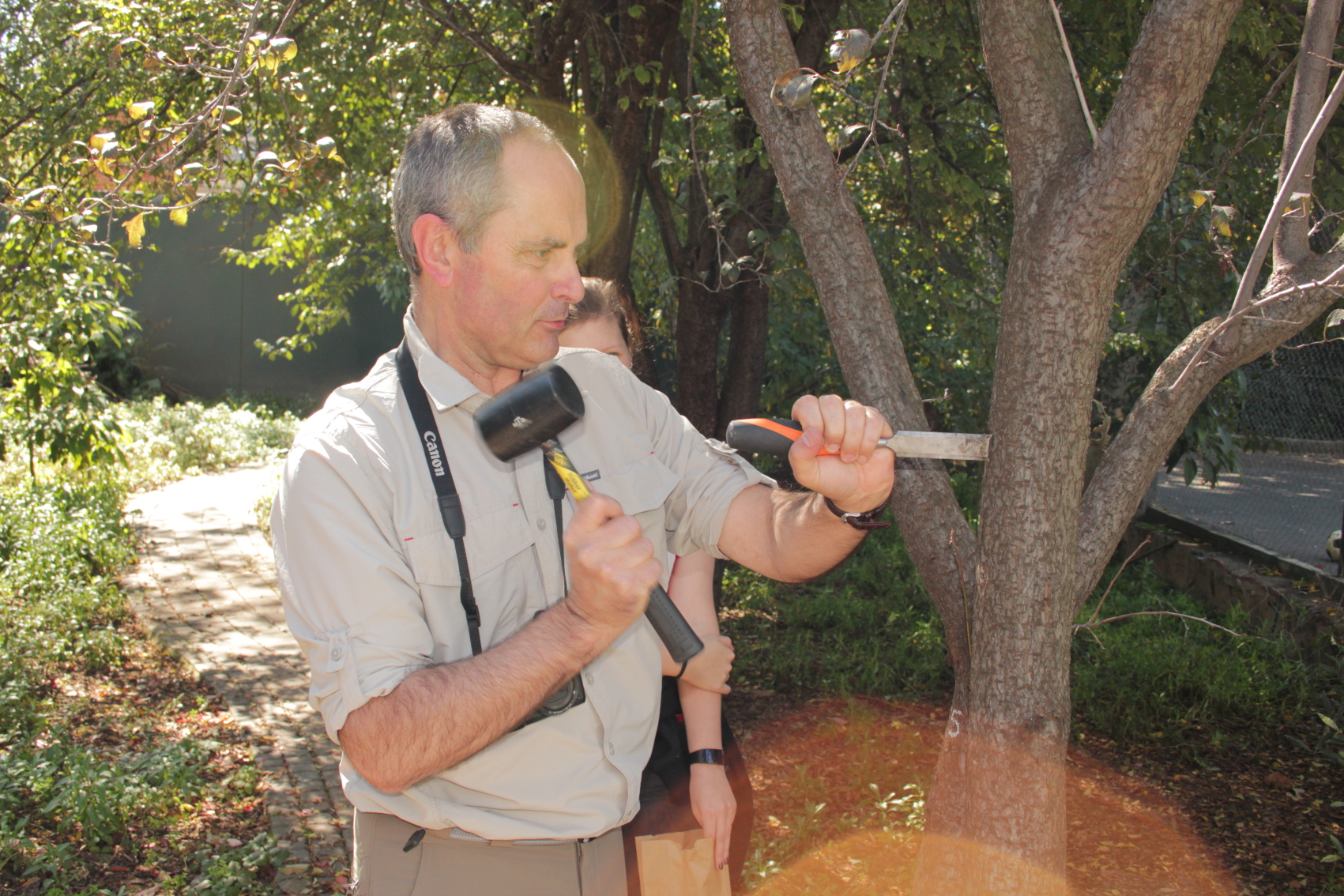 The team spent the day recording infestation levels and disease symptoms but also identifying tree species not susceptible to PSHB attacks. The London plane and Chinese maple trees in streets of this and other suburbs in the Sandton area have been heavily infested by the PSHB that has resulted in many of these big trees dying and numerous other species being infested. The Home Owners Association of the suburbs of Hurlingham hosted the team, providing a base to work from as well as lunch and refreshments.

The project forms part of a national research project conducted in FABI to monitor the distribution and impact of this beetle, which have already been reported from Durban, Pietermaritzburg, Johannesburg, George, Knysna and the Northern Cape.