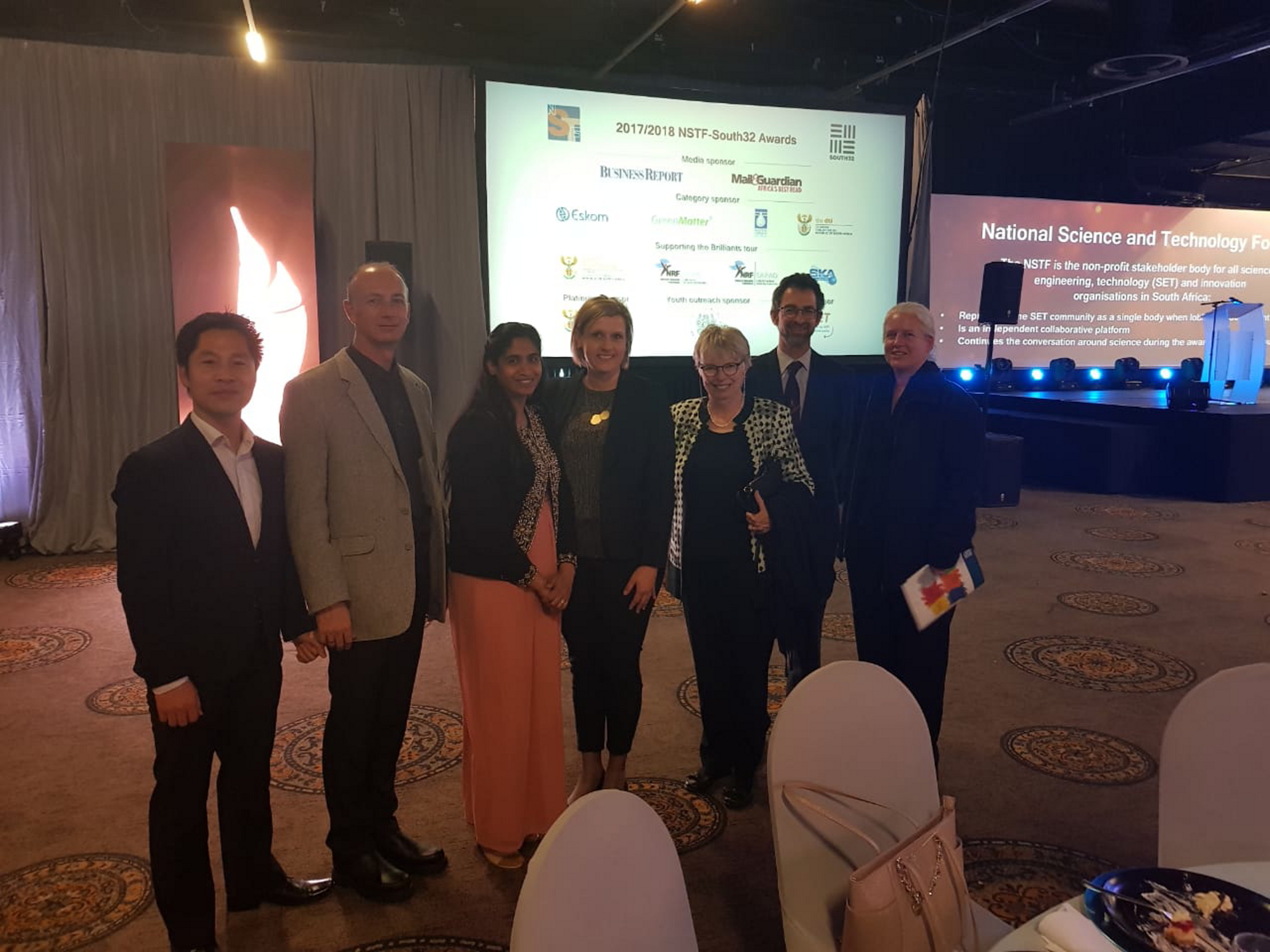 The National Science and Technology Forum (NSTF) celebrated 20 years of awardees at the NSTF-South 32 Awards dinner on 28 June. FABI hosted a table at the awards dinner to celebrate the fact that five FABIans have won awards from the NSTF since the awards started. Prof Mike Wingfield was one of the first awardees in 1998. Since then four other FABIans have won awards, Proff. Dave Berger (2016), Zander Myburg (2015); Jolanda Roux (2012) and Brenda Wingfield (2014). This awards event has become the “Oscars of the South African Sciences” and the latest dinner was no exception. The Minister of Science and Technology, Mmamoloko Kubayi-Ngubane, is the patron of the event and she gave the keynote address.

The University of Pretoria had a number of winners at the event, Prof Kevin Wall (contribution over a lifetime), Prof Mmantsae Diale (Capacity Development) and the Institute for Sustainable Malaria Control (communication award).