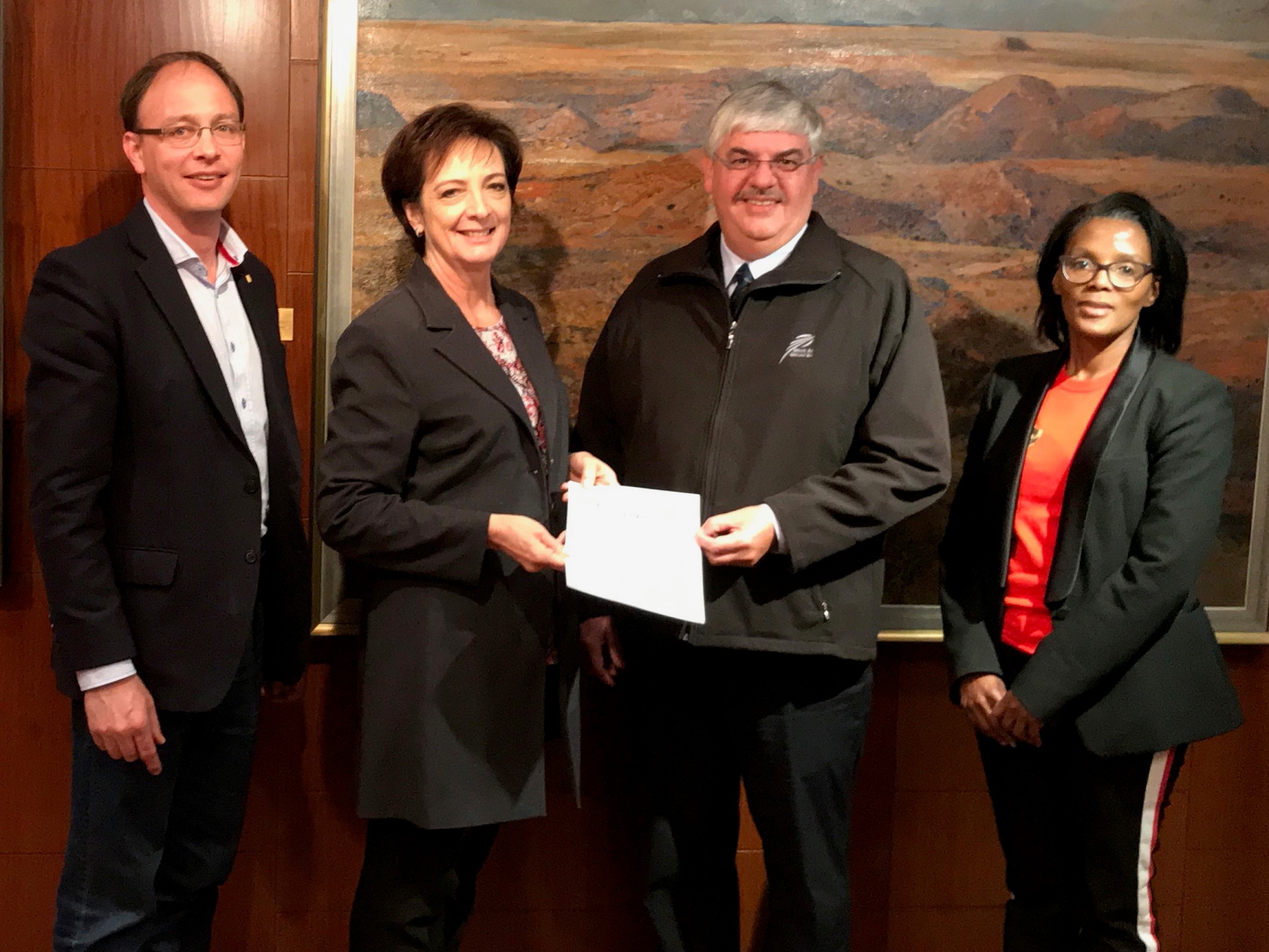 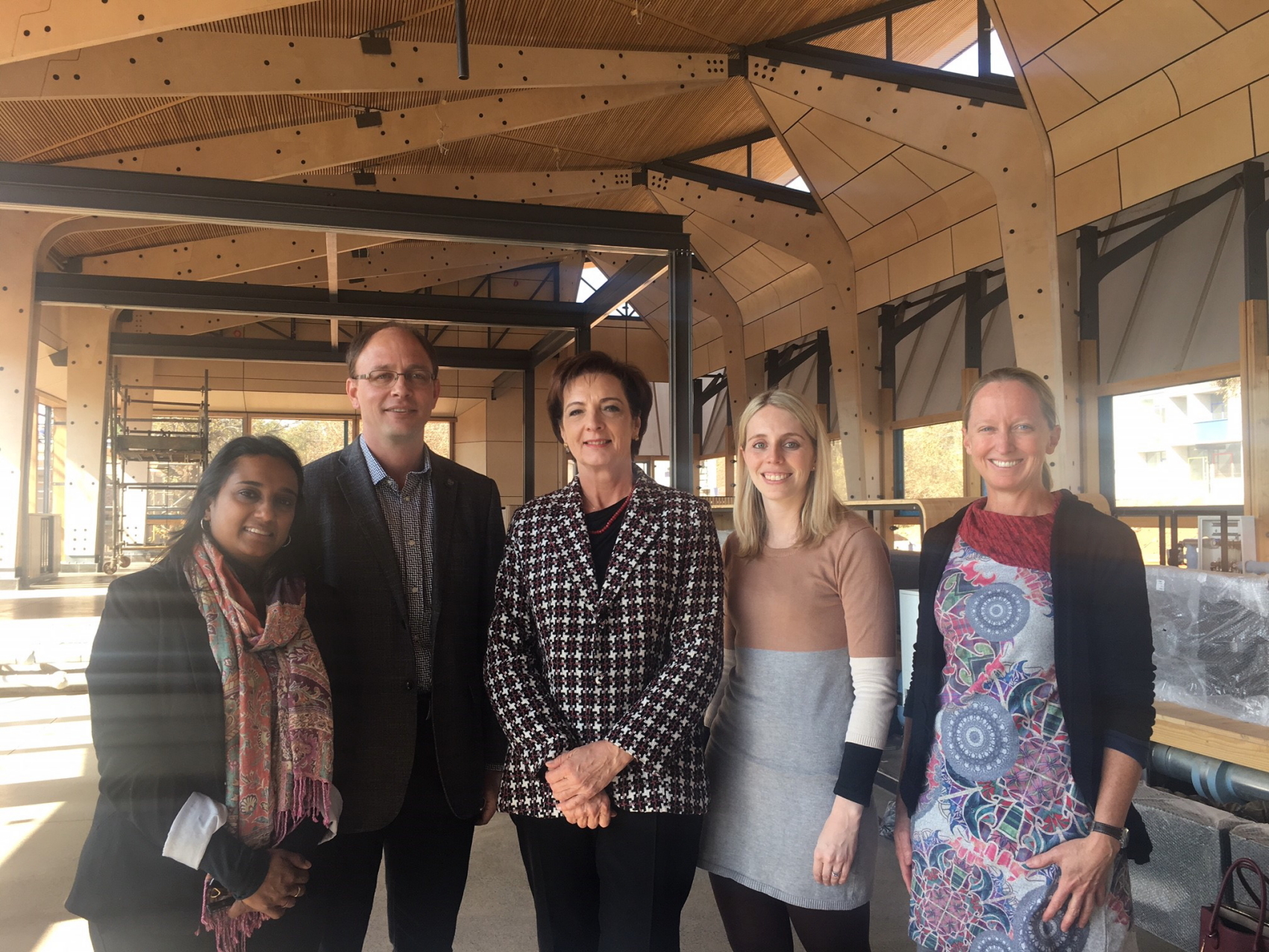 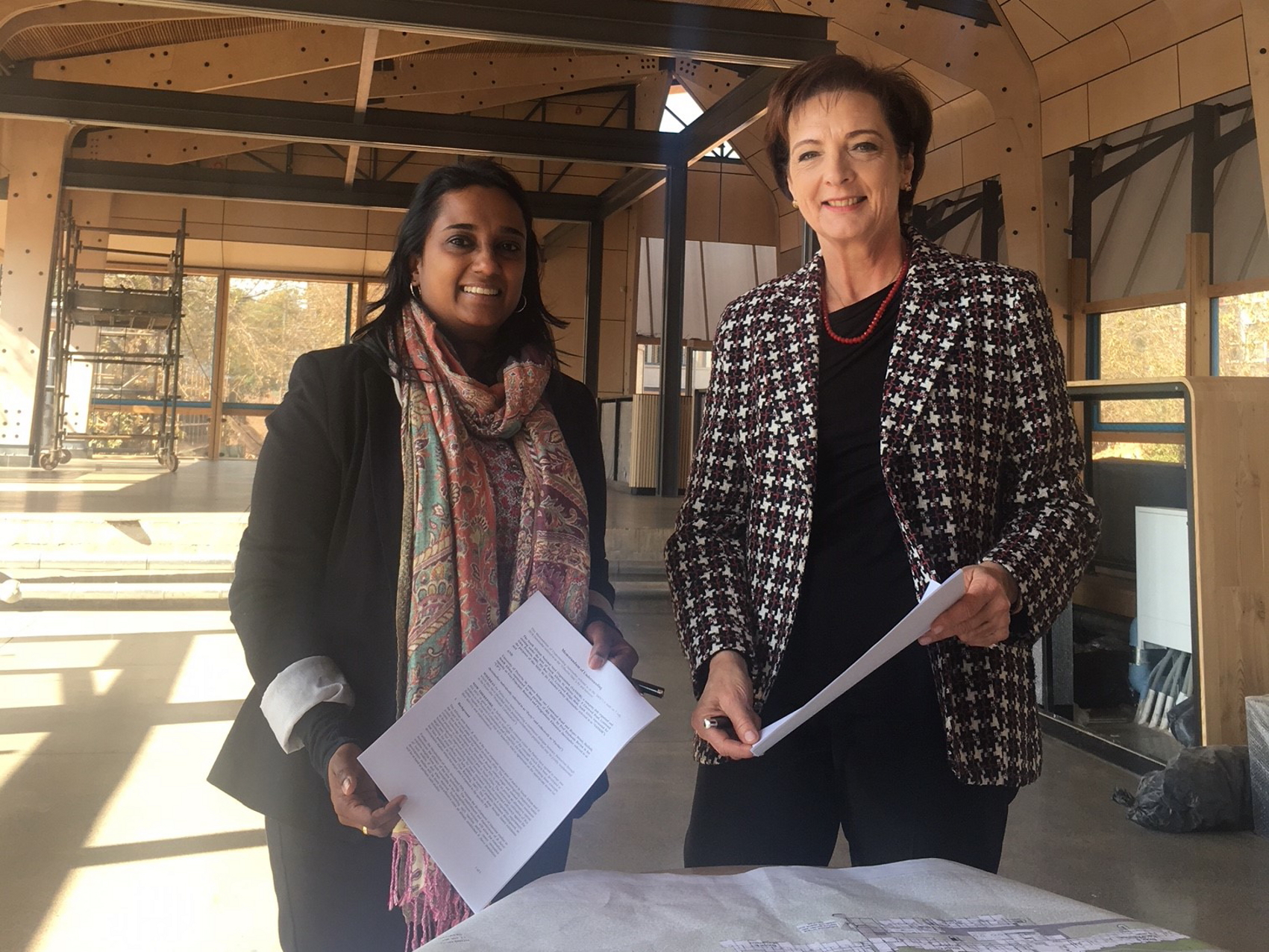 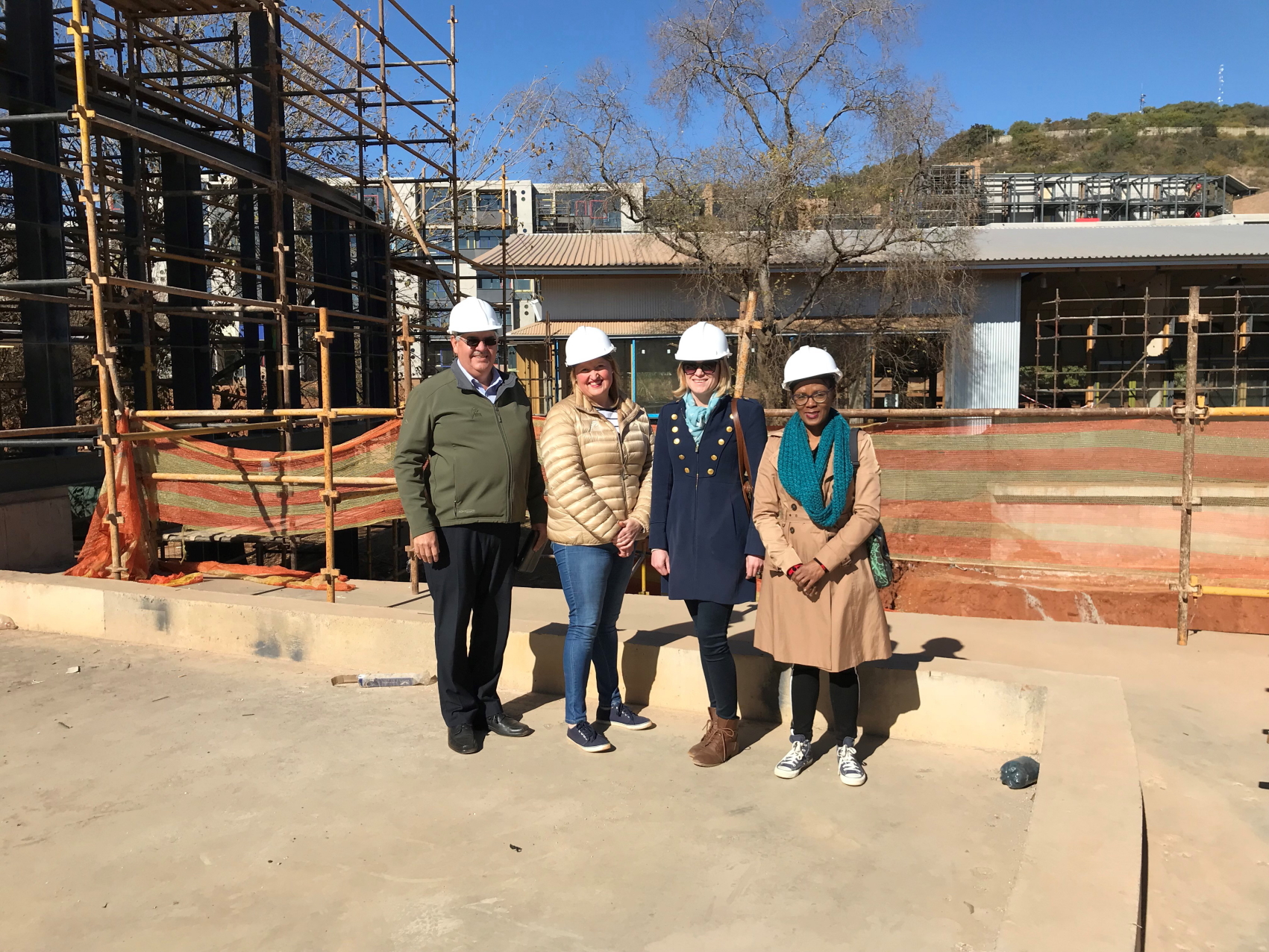 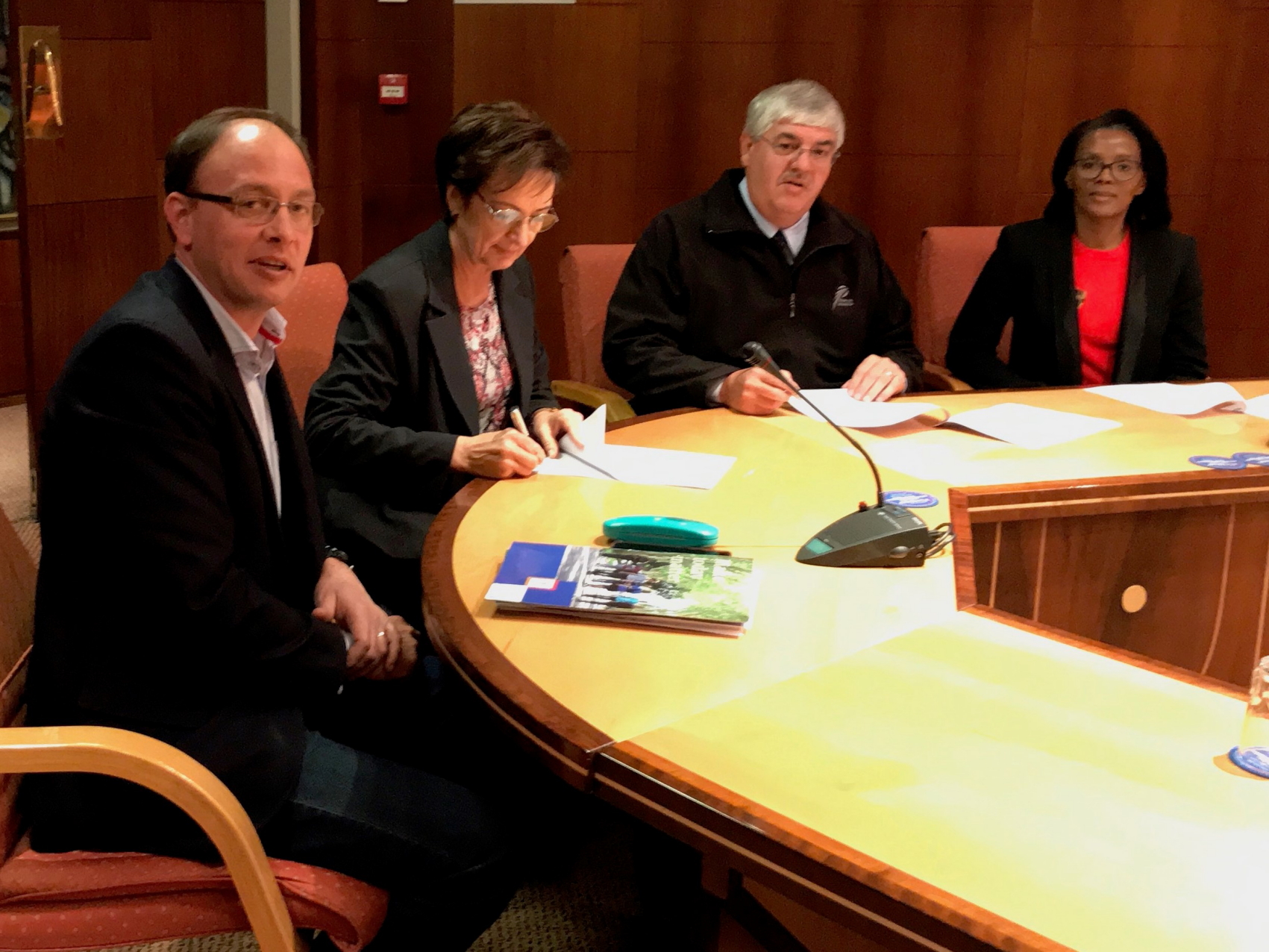 On 4 & 5 July FABI and the University of Pretoria (UP) signed Memoranda of Understanding with the South African National Seed Organisation (SANSOR) and Grain SA. These MOUs formalise an ongoing engagement between these organisations and FABI to enhance long-term research objectives and capacity development programmes. The MOU’s were signed by Prof Stephanie Burton, DVC Research at UP, Dr Lukeshni Chetty (SANSOR) and Mr Jannie de Villiers (Grain SA). Dr Marinda Visser (Grain SA), Dr Magdaleen Cilliers (SANSOR) and Prof Bernard Slippers were involved in negotiating the MOUs, and with their respective teams are working to develop the details of the joint research and training that will be undertaken.

FABI’s expertise in utilising plant biotechnology to enhance productivity and biosecurity align closely with some of the research and capacity development needs of the agricultural industry in South Africa, as well as in other parts of Africa. FABI also has experience and structures of engagement with the Forestry and Agricultural sectors through a number of well-established research programmes with these industries. Notably, the relationship with the forestry industry both in South Africa and internationally goes back 30 years (and includes the Tree Protection Co-operative Programme (TPCP), DST-NRF Centre of Excellence in Tree Health Biotechnology (CTHB), Forest Molecular Genetics Programme (FMG), Eucalyptus and the Pine Pathogen Interaction group). Long-term research programmes also exist with agricultural industries, such as the avocado and macadamia industries. These existing programmes provide a model and experience upon which the planned programmes with Grain SA and SANSOR will be built. A number of researchers in FABI and elsewhere at the University of Pretoria already collaborate with these organisations. The new initiatives that will emerge from the MOUs will build on these existing relationships and also expand upon them.

The teams from Grain SA and SANSOR also visited the FABI Biocontrol Centre and the developing Future Africa campus. The link between FABI and Future Africa, as well as the development of what is known as the UP experimental farm is critical to the future of the developing initiatives between these industry bodies and the University of Pretoria.

Grain SA represents the maize, soybean, sunflower, groundnuts, wheat, barley, oats and sorghum growers in South Africa. Grain SA acts as an autonomous and independent grain producers' organisation that is involved in all matters bearing on the wellbeing of the industry, including policy. The association provides commodity strategic support and services to South African grain producers to support sustainability.