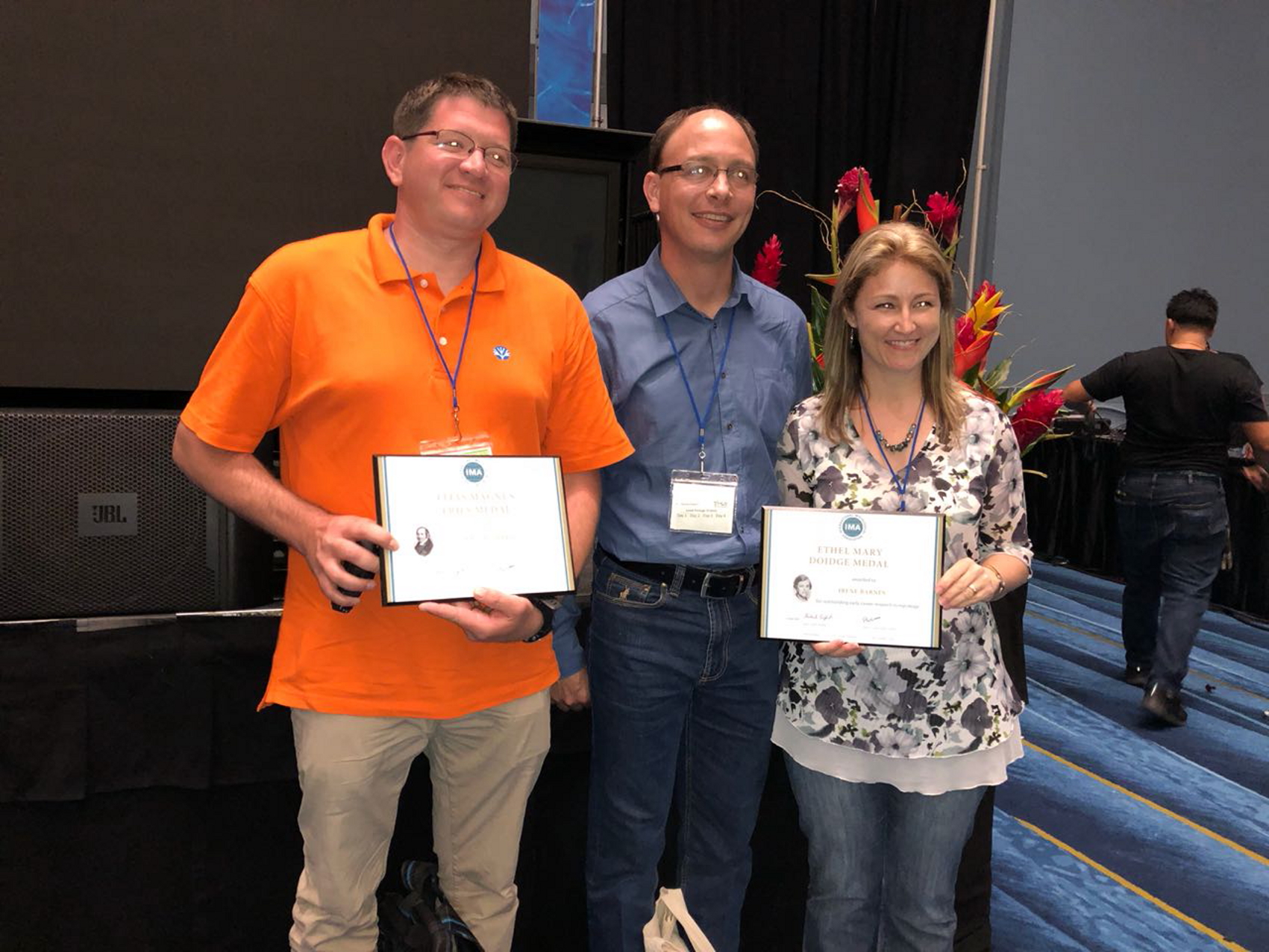 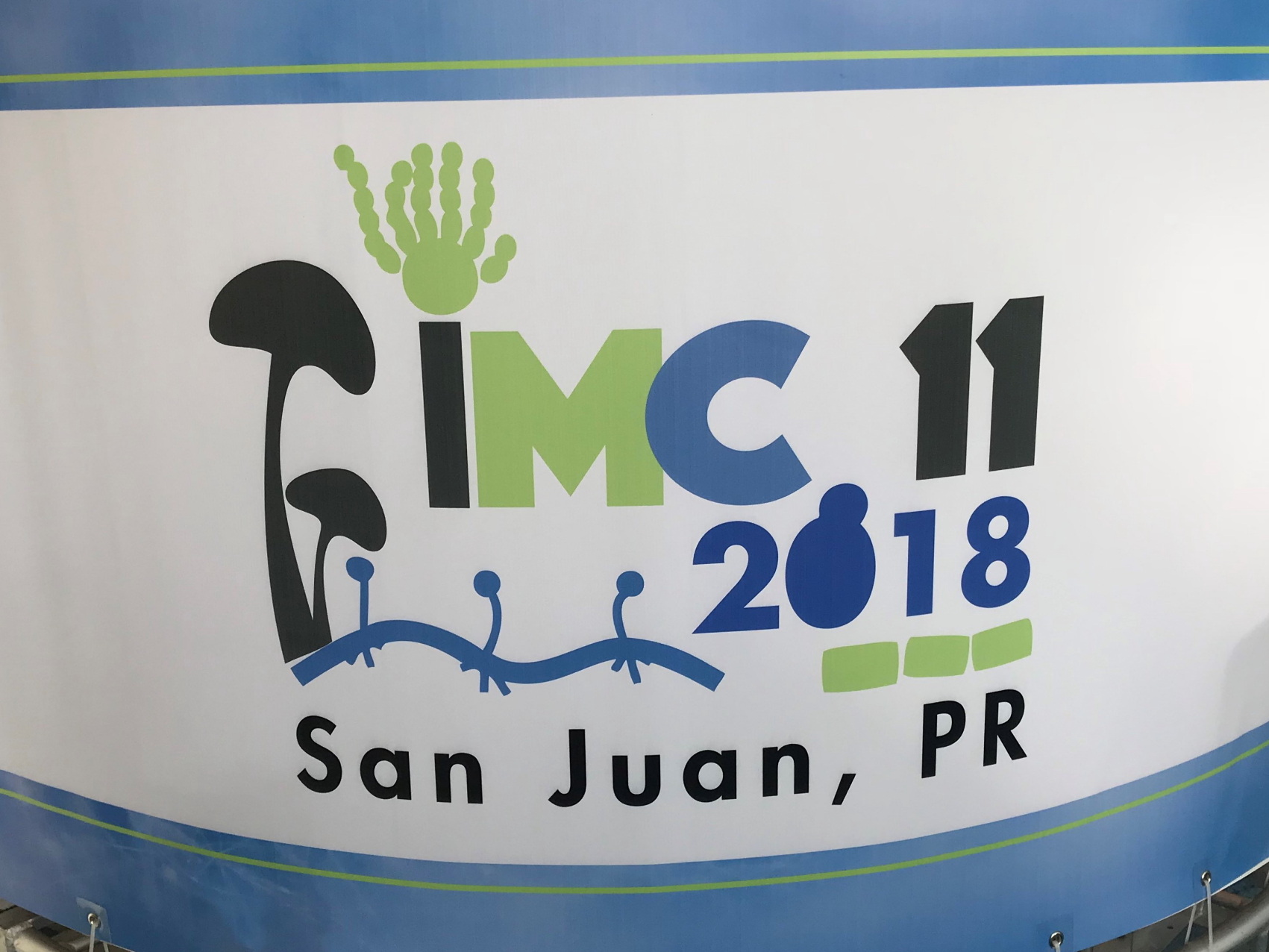 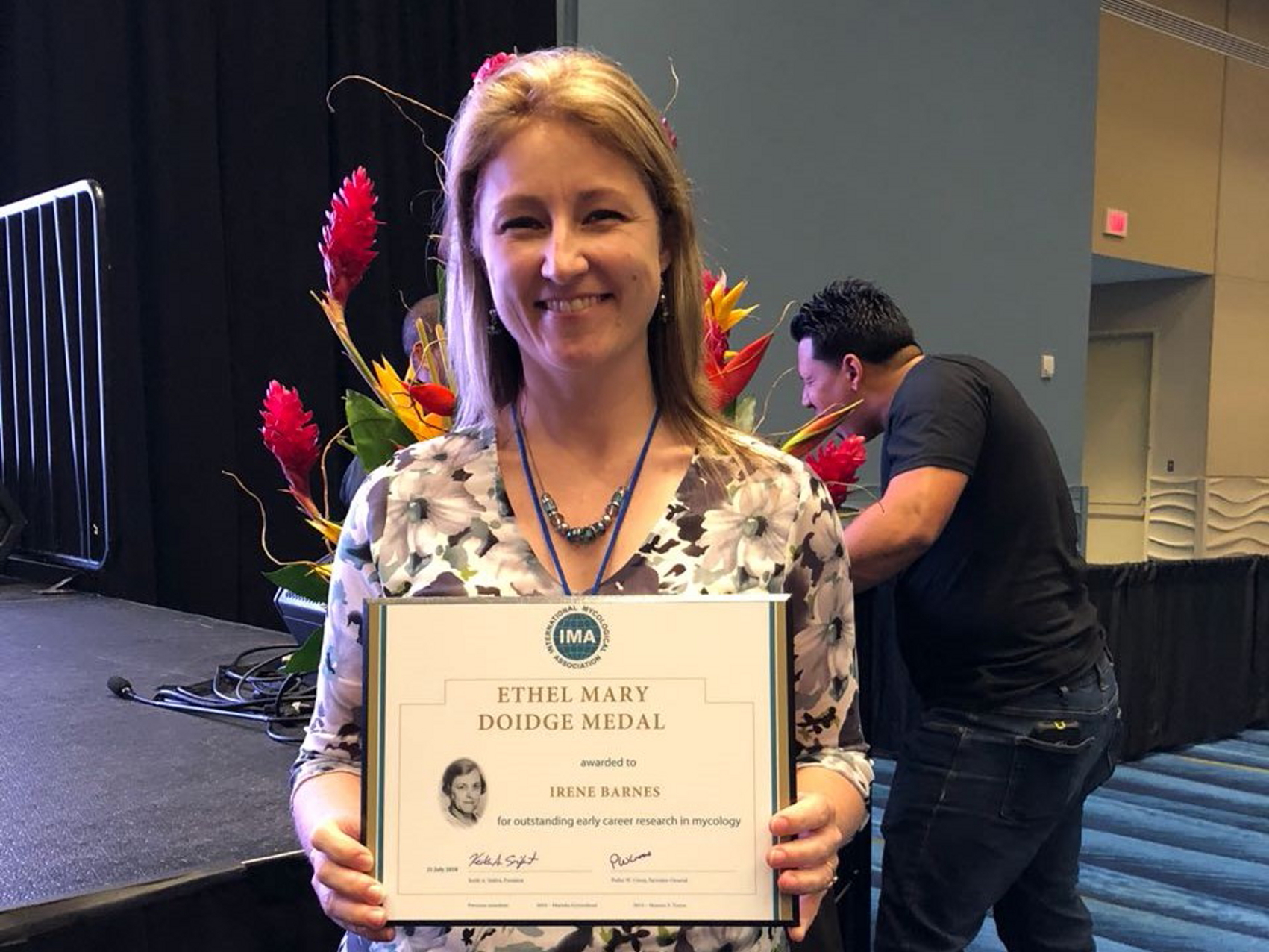 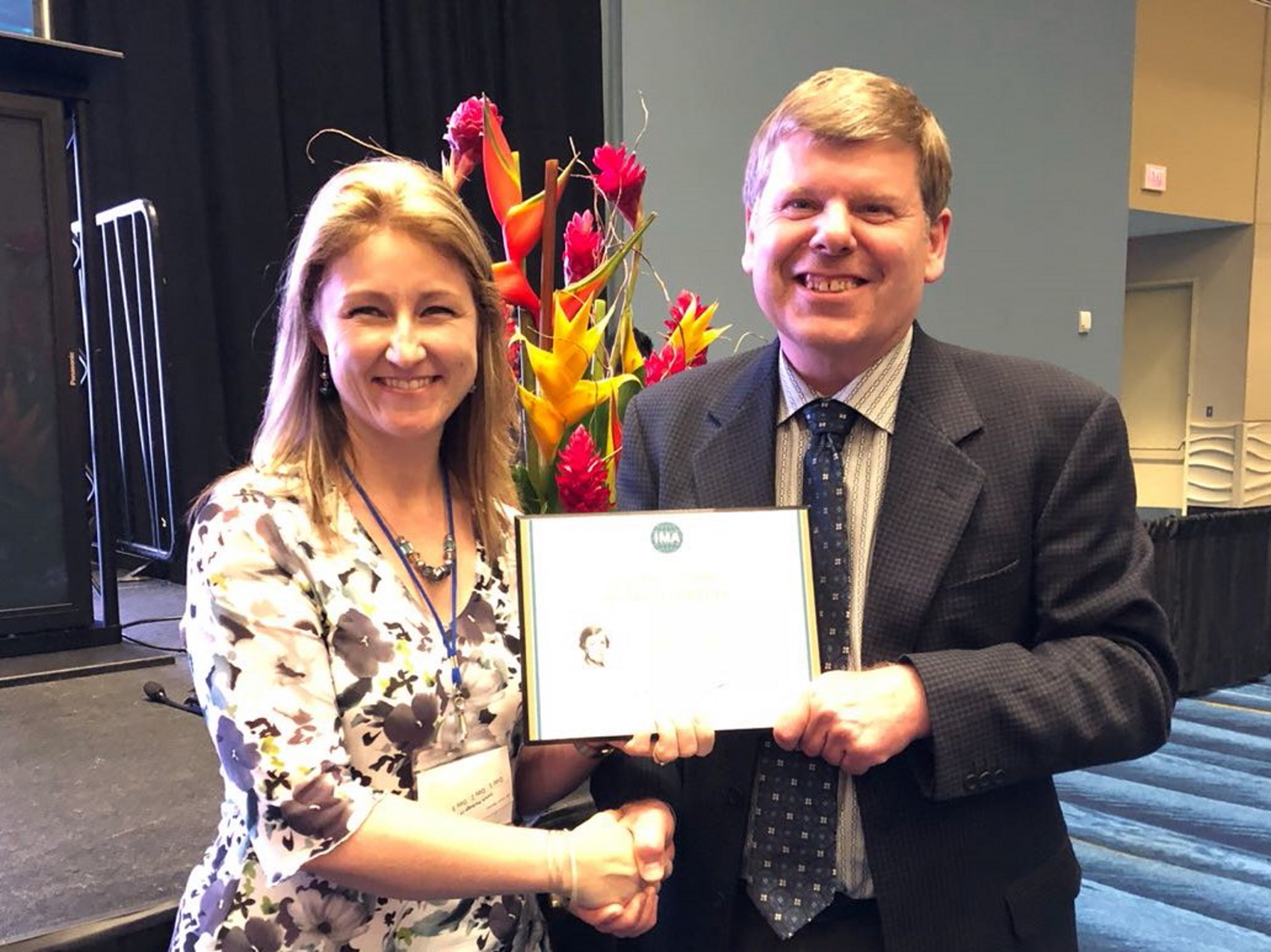 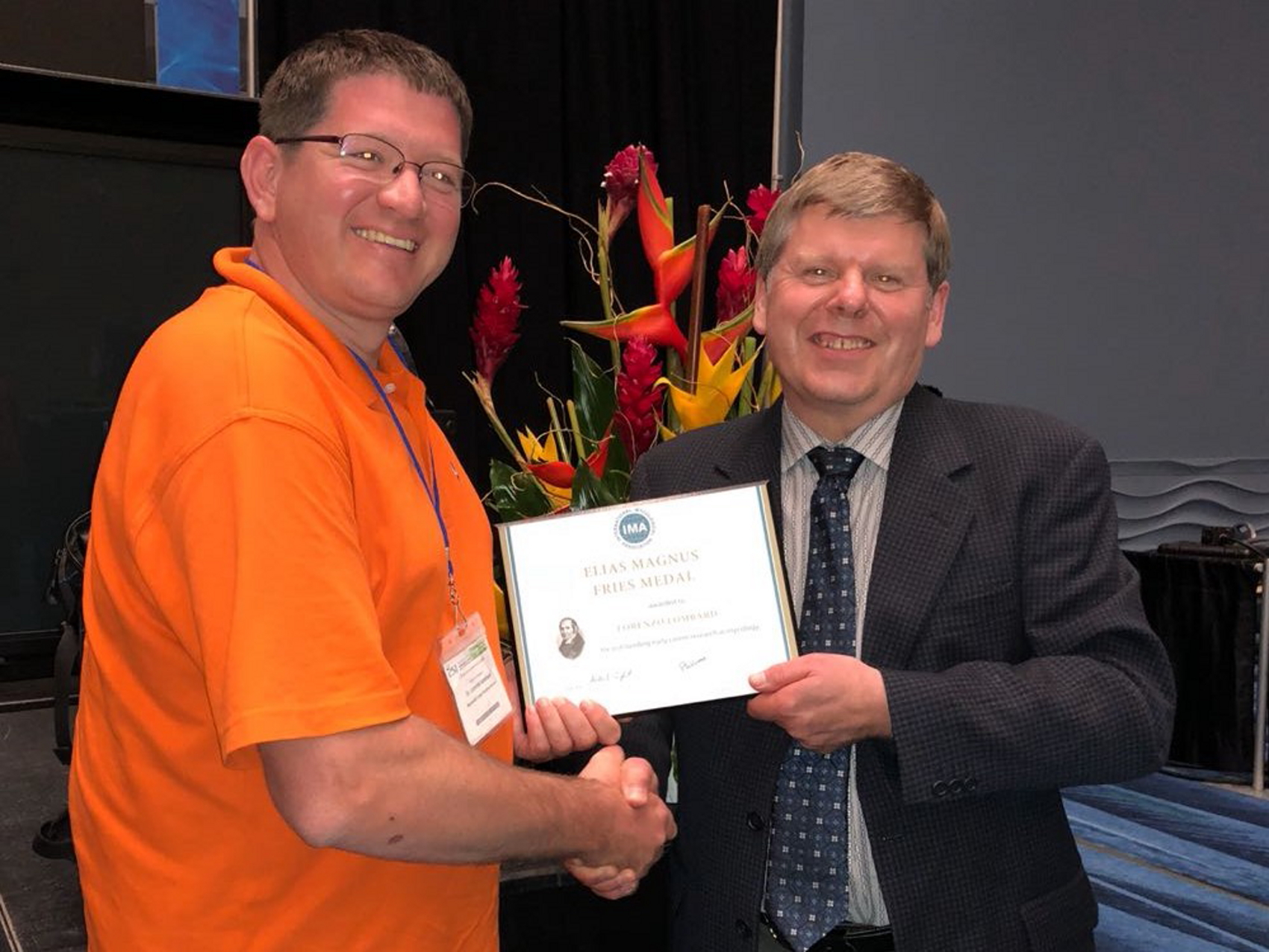 The International Mycological Association (IMA) recognises one young mycologist (under the age of 40) from each of five continents for exceptional research accomplishments relating to the study of fungi.  These awards are named for famous mycologists from the five continents and are presented once every five years. At the opening ceremony of the 11th International Mycological Congress (IMC), Professor Keith Seifert, President of the IMA announced the names of the winners of these very prestigious awards. Remarkably two of these awards were made to past FABI students and currently members of the greater FABI Team. One of these awards, the Ethel Doidge Award (the Africa award) was presented to Dr Irene Barnes who is a member of the FABI leadership and staff of the University of Pretoria. The other FABI-associated award, the Elias Magnus Fries award (for Europe) was presented to Dr Lorenzo Lombard who completed his Ph.D. in FABI and is currently a researcher at the Westerdijk Fungal Biodiversity Institute in the Netherlands. The level of competition for these awards is substantial and it is remarkable that two of only five exceptional young mycologists globally to receive these awards are part of the ‘extended” FABI group.