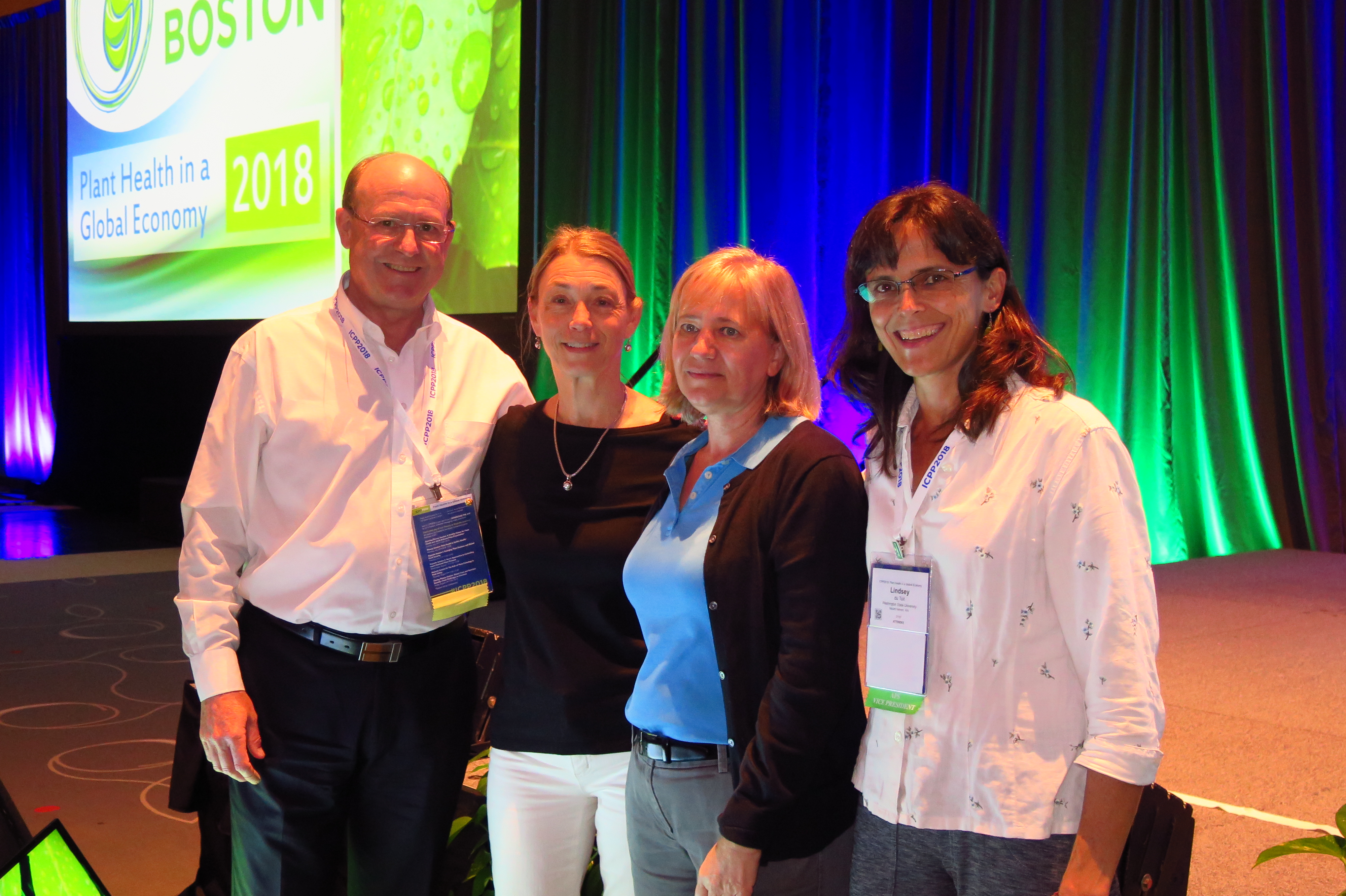 The senior leadership team of the American Phytopathological Society (APS) includes a President, a President Elect and a Past President.  The APS is the world’s most influential Society of Plant Pathology, including a permanent office in Minnesota, a powerful publishing unit (APS Press) and an active membership of more than 1000.  A historical milestone has emerged with three women plant pathologists now holding the positions of President, Past President and President Elect. And all three have close connections (and friendships) with Prof. Mike Wingfield, founder Director of FABI. Prof. Kira Bowen from Auburn University is the incoming President of APS and was Mike’s office mate at the University of Minnesota.  Dr Mary Palm, now Past President was a Ph.D. graduate student with Mike during the same period and Prof. Lindsey du Toit of Washington State University, the President Elect began her plant pathology career in South Africa and has shared a close friendship with Mike for many years.  The International Congress of Plant Pathology in Boston provided Mike, Mary, Kira and Lindsay to reflect on their long and happy association and to reminisce about many shared experiences over a long period of time.