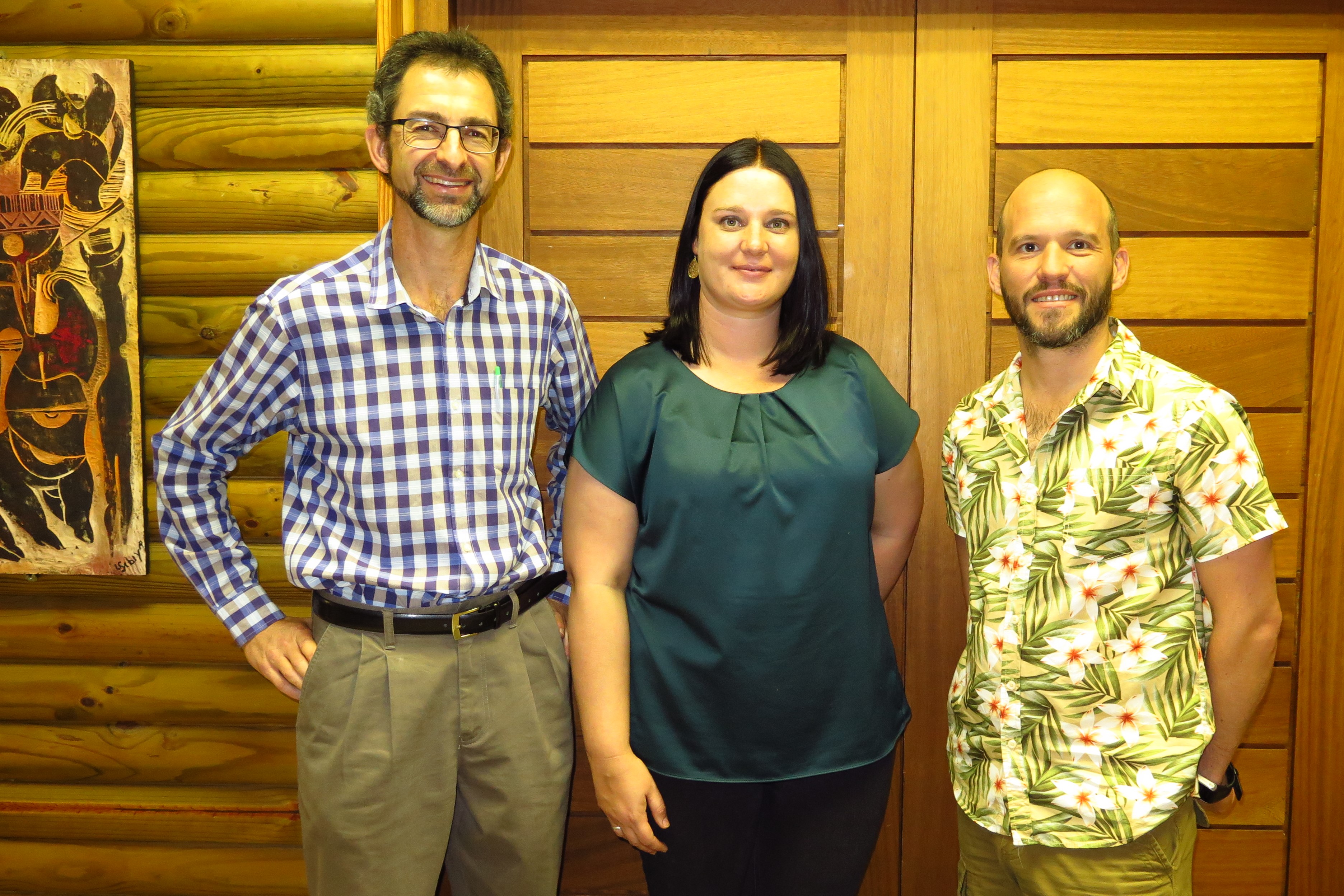 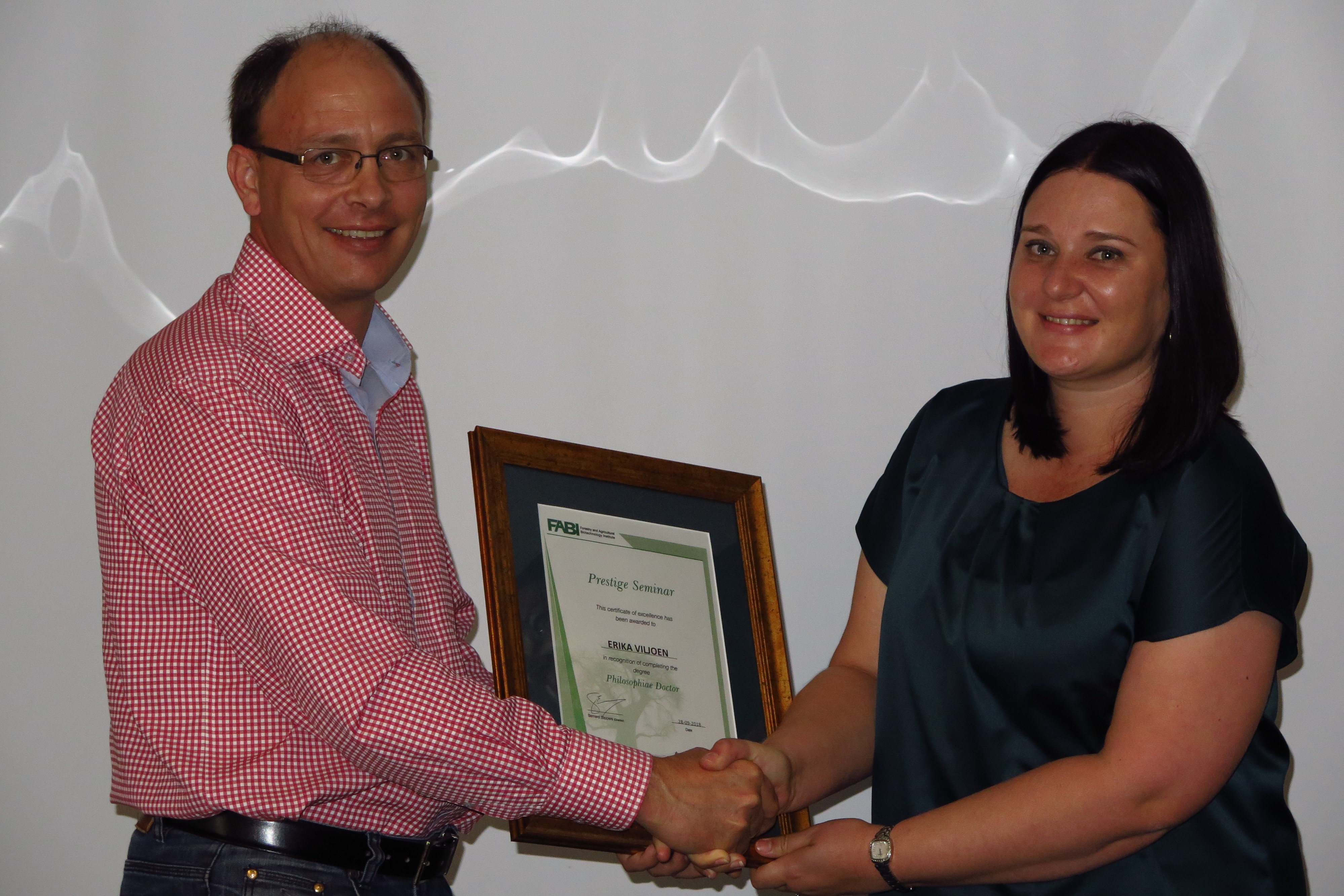 Prior her PhD oral defence on 28 September, Erika Viljoen presented her prestige seminar at FABI in the presence of colleagues, family and friends. In her study titled “Genetic diversity studies of the genus Amaranthus using genomic tools”, Erika produced the first nuclear genome and transcriptome sequences of Amaranthus tricolor, which were used to develop molecular markers. She also sequenced whole chloroplast genomes of A. tricolor and 45 other Amaranth accessions, which clarified phylogenetic relationships within the genus.

Highly nutritious anddrought resistant, A. tricolor is one of 101 crops earmarked by the African Orphan Crops Consortium for the sequencing, assembly and annotation of their genomes. Though grown on the continent, these crops are underutilised despite their potential to meet the nutritional needs of a growing population and in response to the threat of global climate change. Erika’s study, which was condusted mostly at the ARC Biotechnology Platform,  forms the basis for future molecular breeding efforts in A. tricolor.

Erika completed her study under the supervision of Professor Dave Berger. Her examiners were Prof. Don Pratt of Stephen F. Austin State University in the United States, Prof. Christopher Cullis of Case Western Reserve University in the US and Dr Juan Vorster from FABI and the Department of Plant and Soil Sciences at the University of Pretoria.