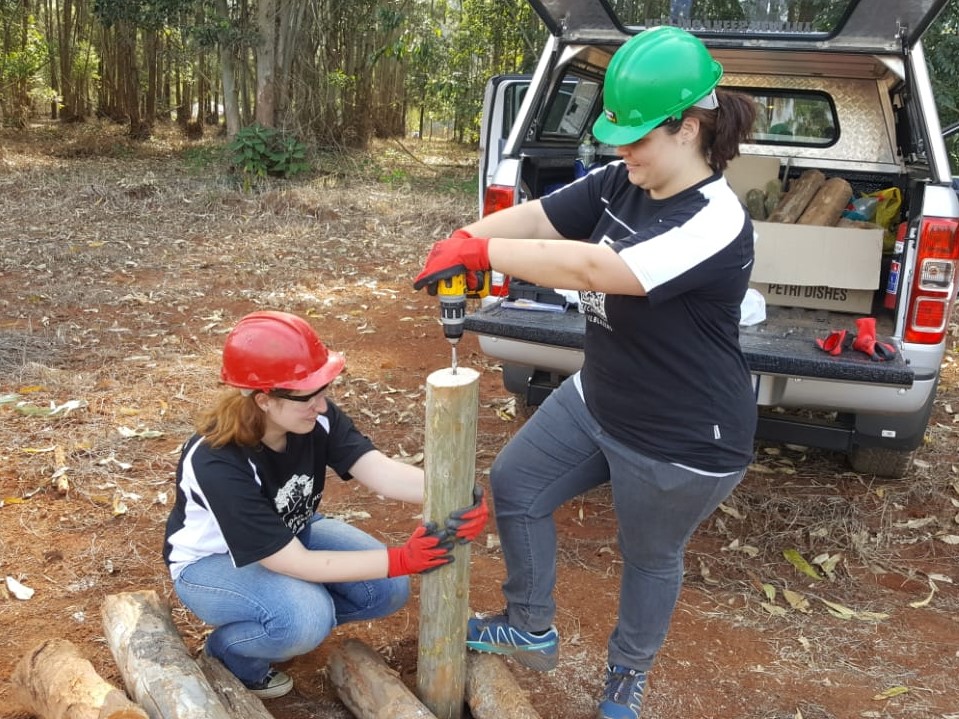 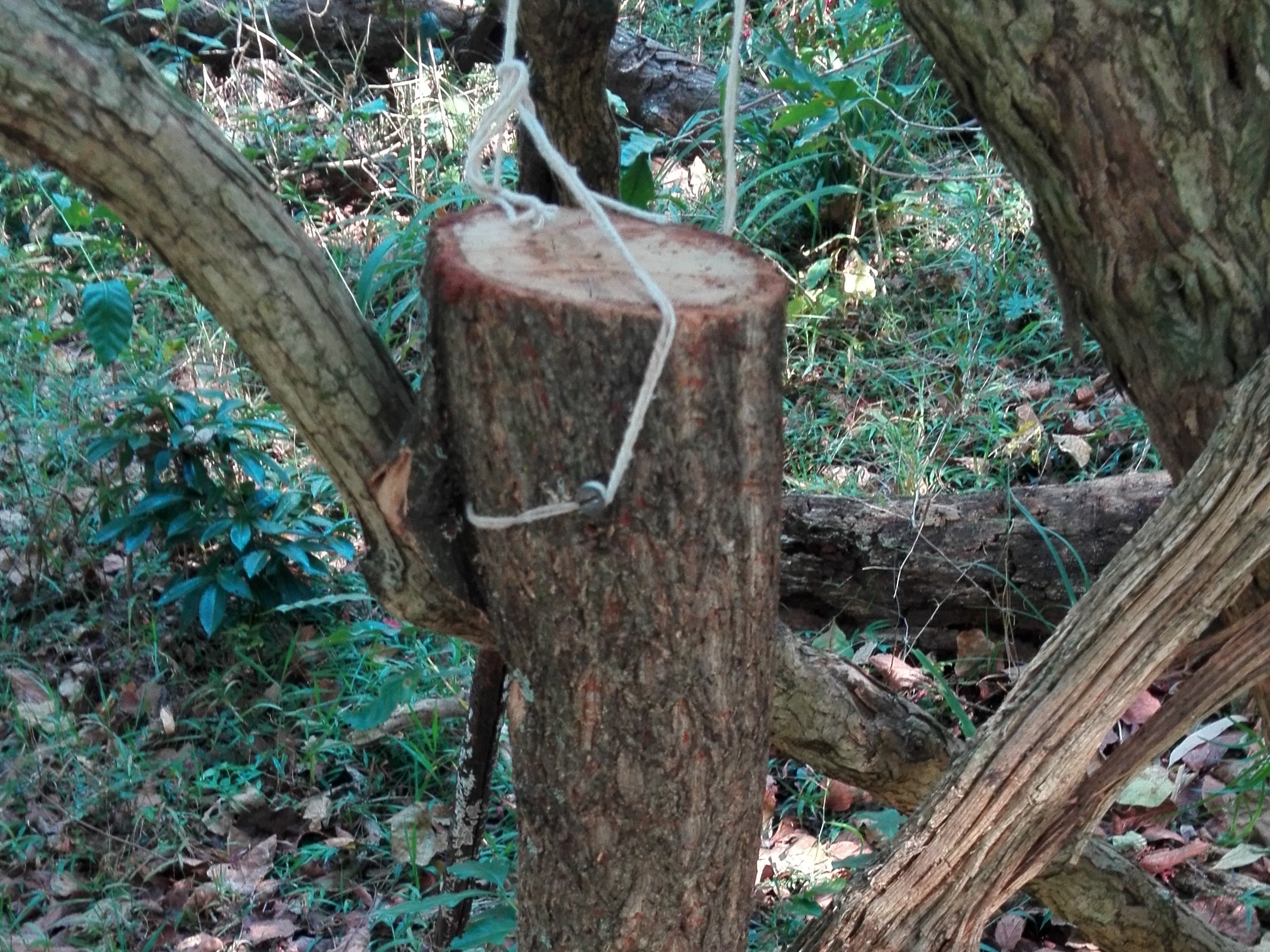 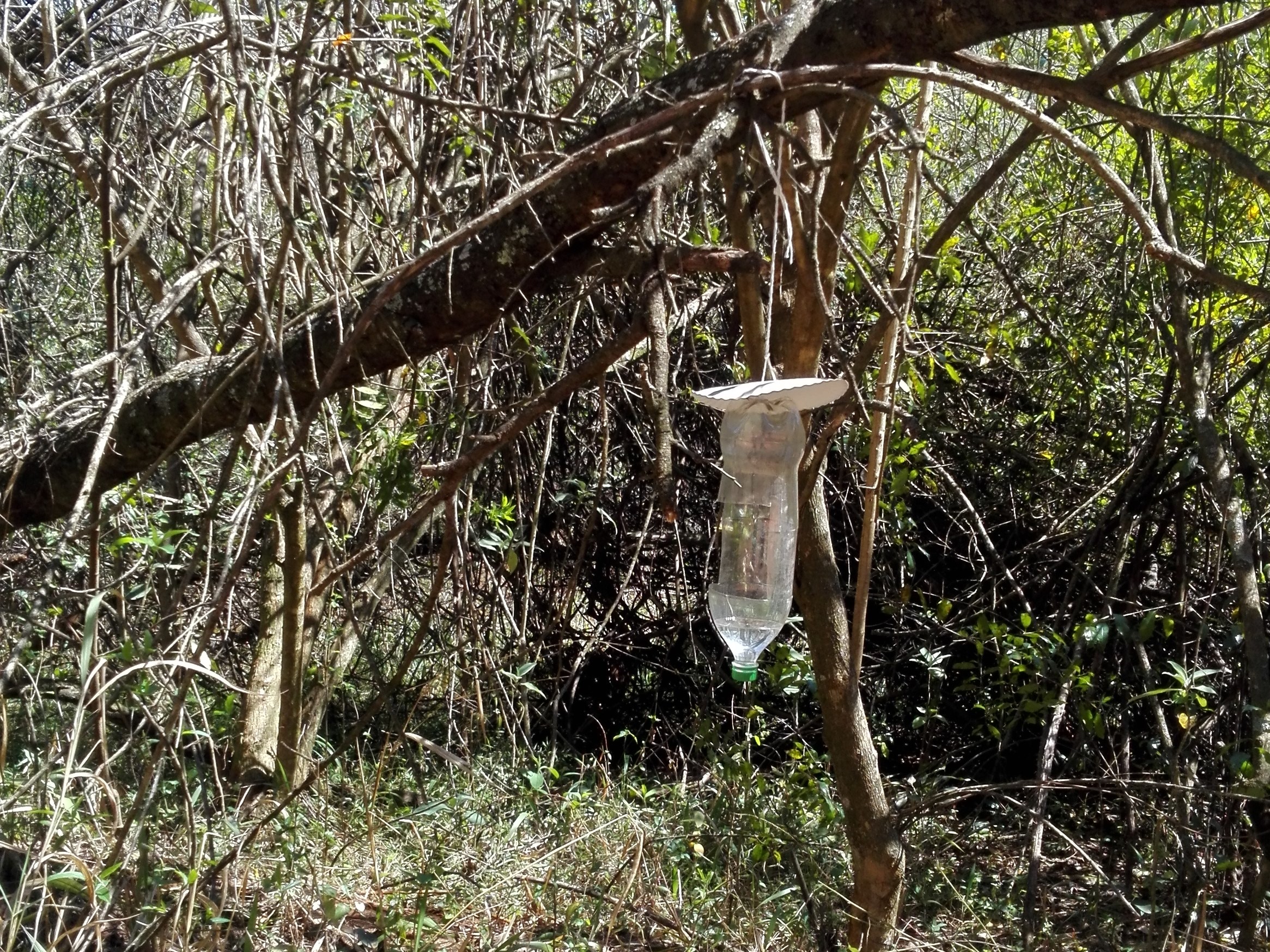 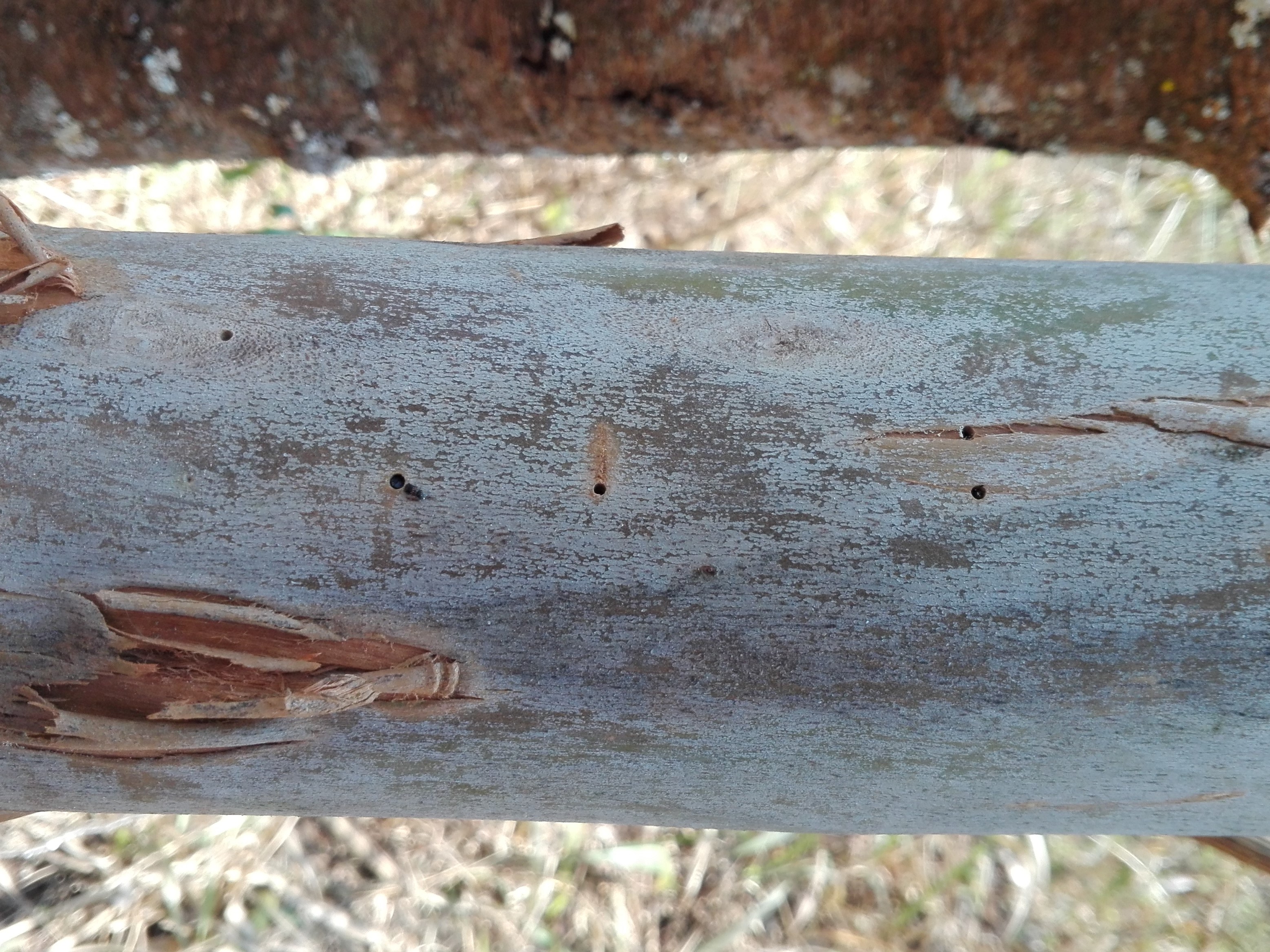 During the month of September, a team of FABIans went collecting beetles in the natural forests of Tzaneen. This forms part of the PhD project of Wilma Nel, that aims to gain a better understanding of the ambrosia beetles and their fungal associates infesting eucalyptus and pin oak wood in South Africa.

Traps were set out to attract and collect ambrosia beetles naturally occurring in this area. Two different types of traps were used for this; simple ethanol bottle traps and log traps. For the ethanol bottle traps a large window is cut in the side of a soda bottle; a rope is tied to the bottom side of the bottle to hang it from a tree and 70% ethanol is poured into what was the top of the bottle to lure the insects. The traps are set out late afternoon and left out overnight, during which time the insects fly into the window of the bottle and fall into the ethanol.

For the log traps, bolts of eucalyptus and pin oak were drilled at one side. The holes were then filled with ethanol to lure the beetles and corked. On the other side of the bolt two screws are inserted and used to string the bolts. These are then left in the field for 21 days before being collected and placed in emergence traps to lure out and collect any wood boring beetles.