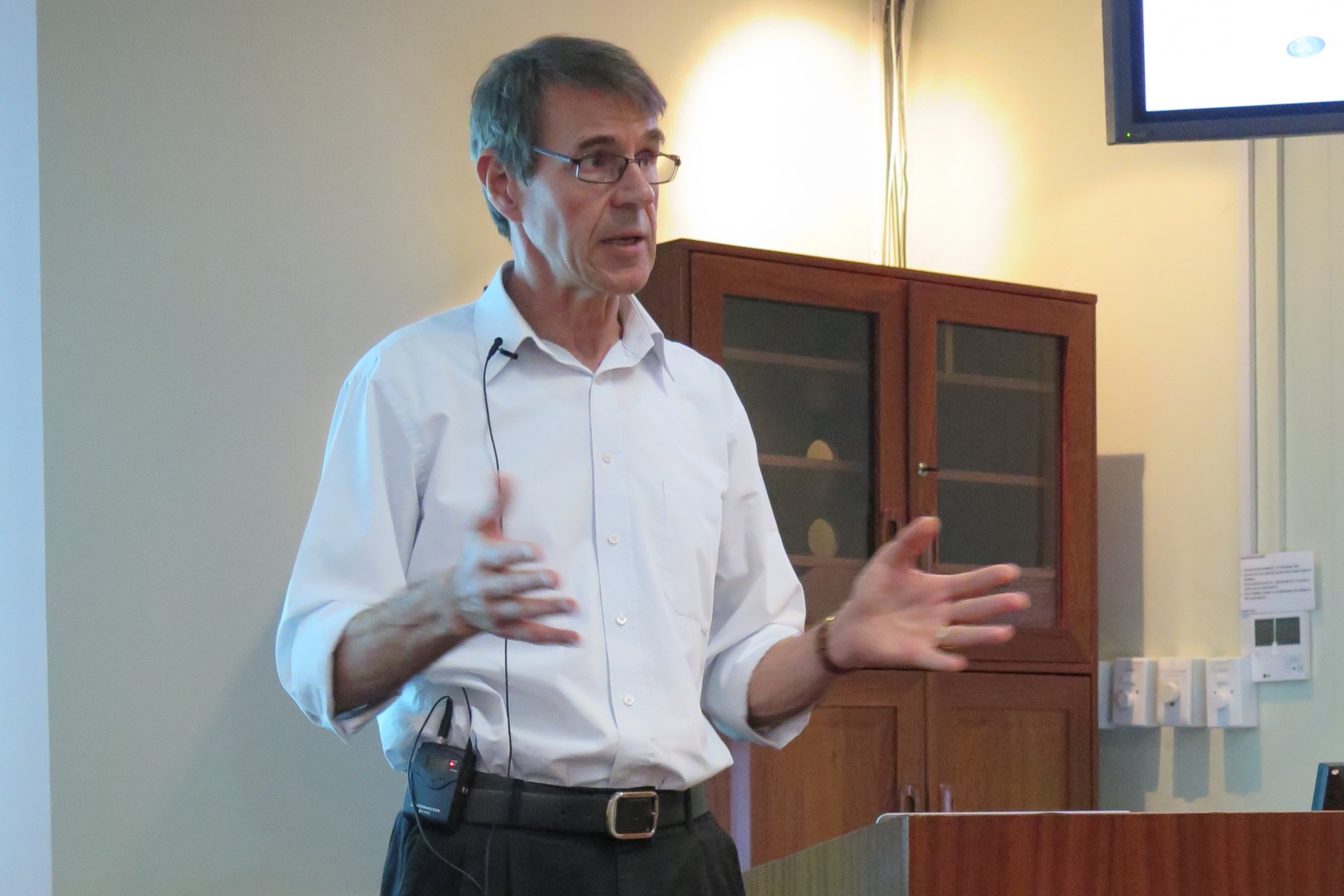 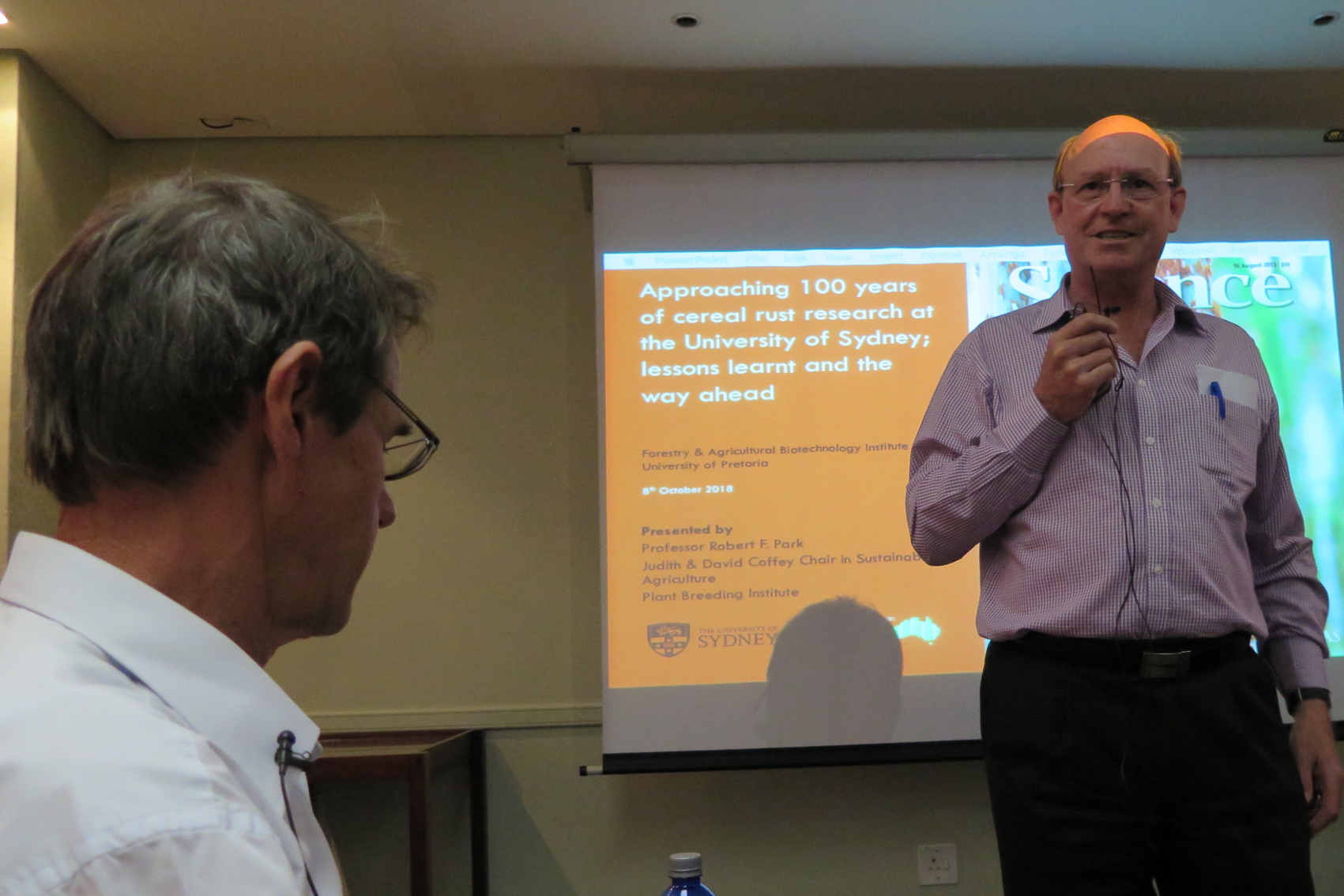 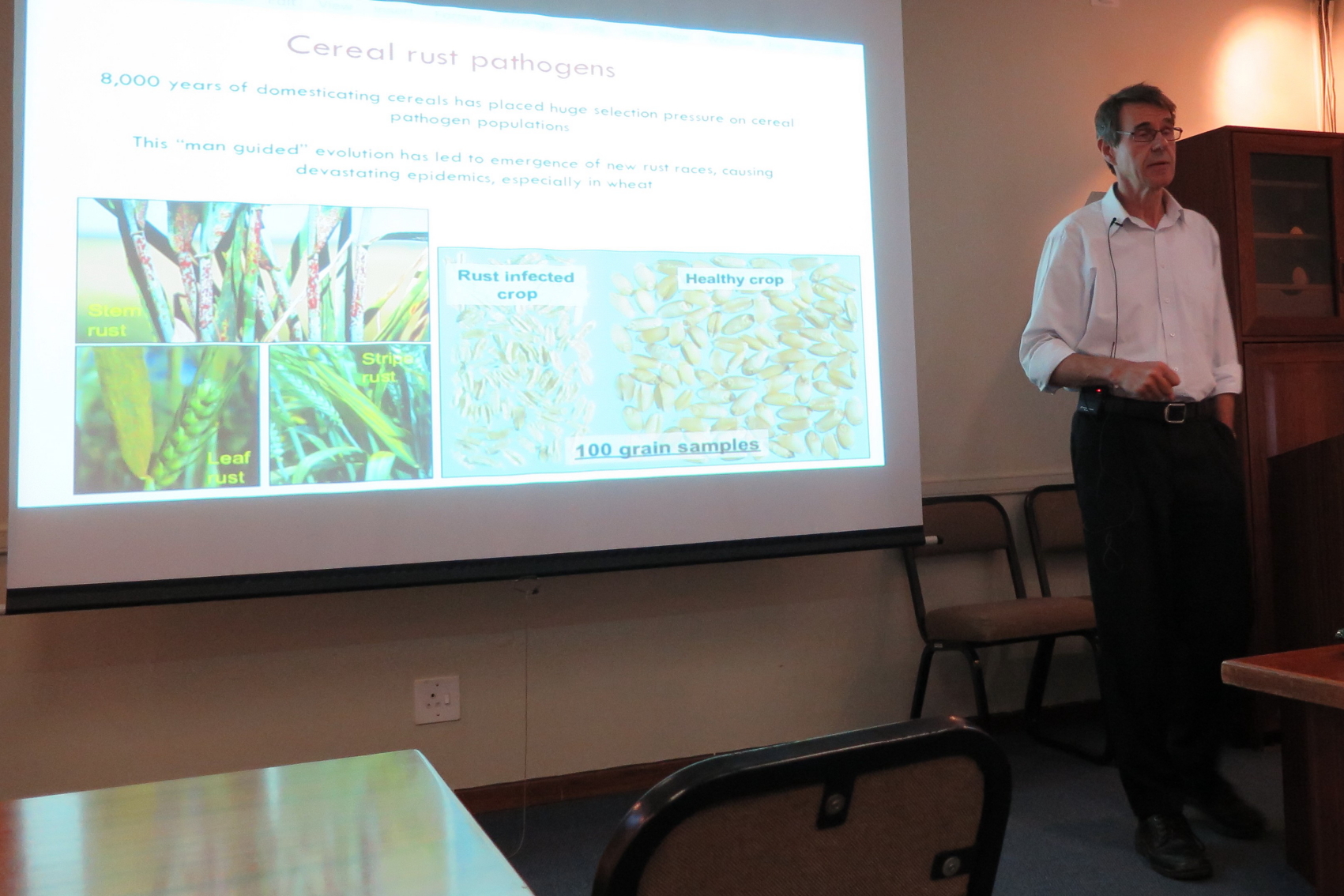 Professor Robert Park of the Plant Breeding Institute at the University of Sydney shared highlights of almost a century of research on cereal rust pathogens in Australia in his special seminar titled “Approaching 100 years of cereal rust research at the University of Sydney: Lessons learnt and the way ahead” on 8 October. Prof Park said rust pathogens were “highly mutable” and had complex lifecycles. Rust pathogens were therefore still a problem in Australia, despite it being a “big rust laboratory” because of its geographical isolation.

Prof Park said Australia had experienced an increase in the rate of exotic rust pathogen incursions and these introductions were largely because of human interventions such as pathogens sticking to travellers’ clothes. He warned that the emergence of new rust pathogens made the breeding of resistant cereal crops especially difficult. Understanding the genetics of both the pathogens (such as how a pathogen takes over the metabolic processes of its host) and their hosts was therefore important to the management of cereal rust pathogens, he said.