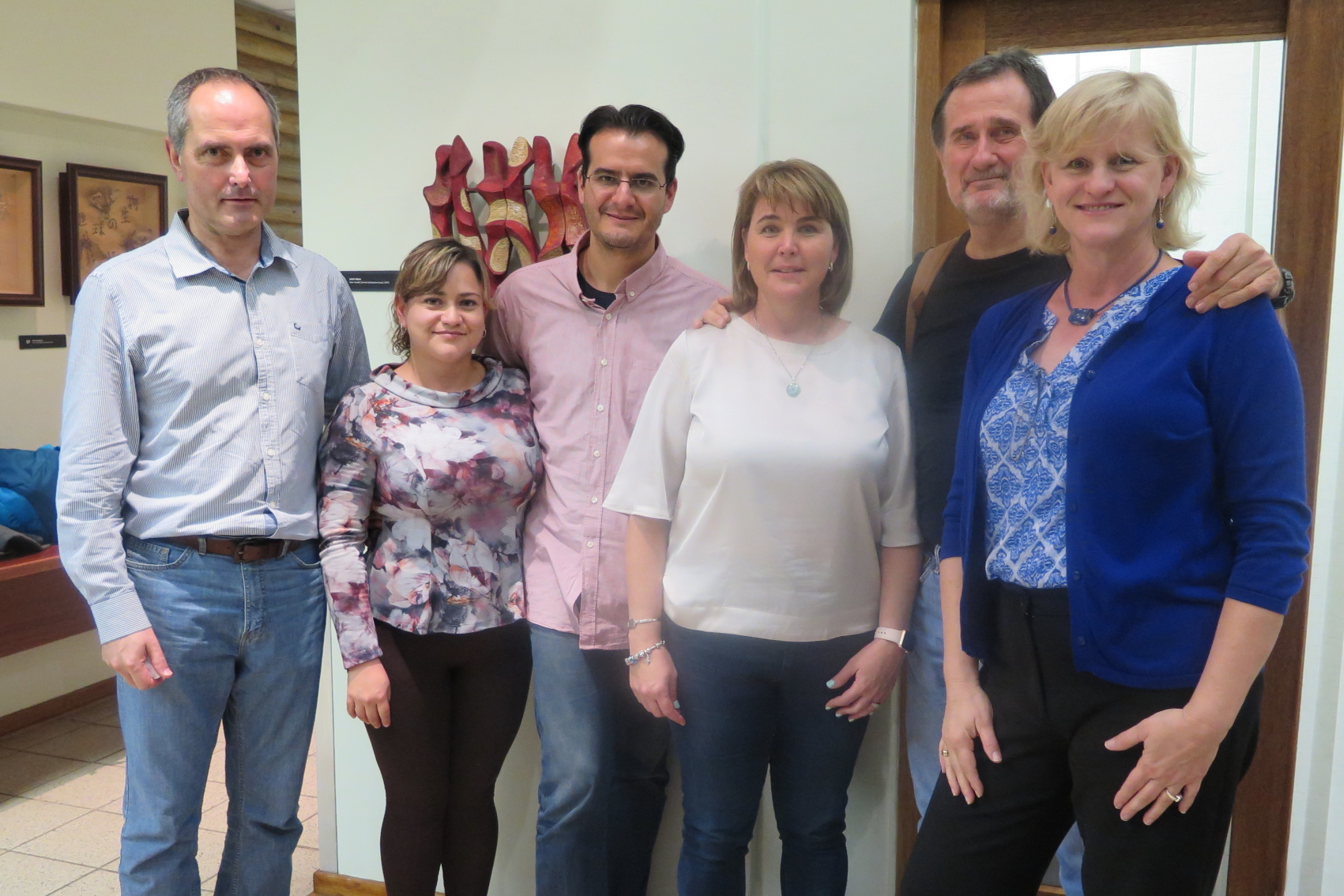 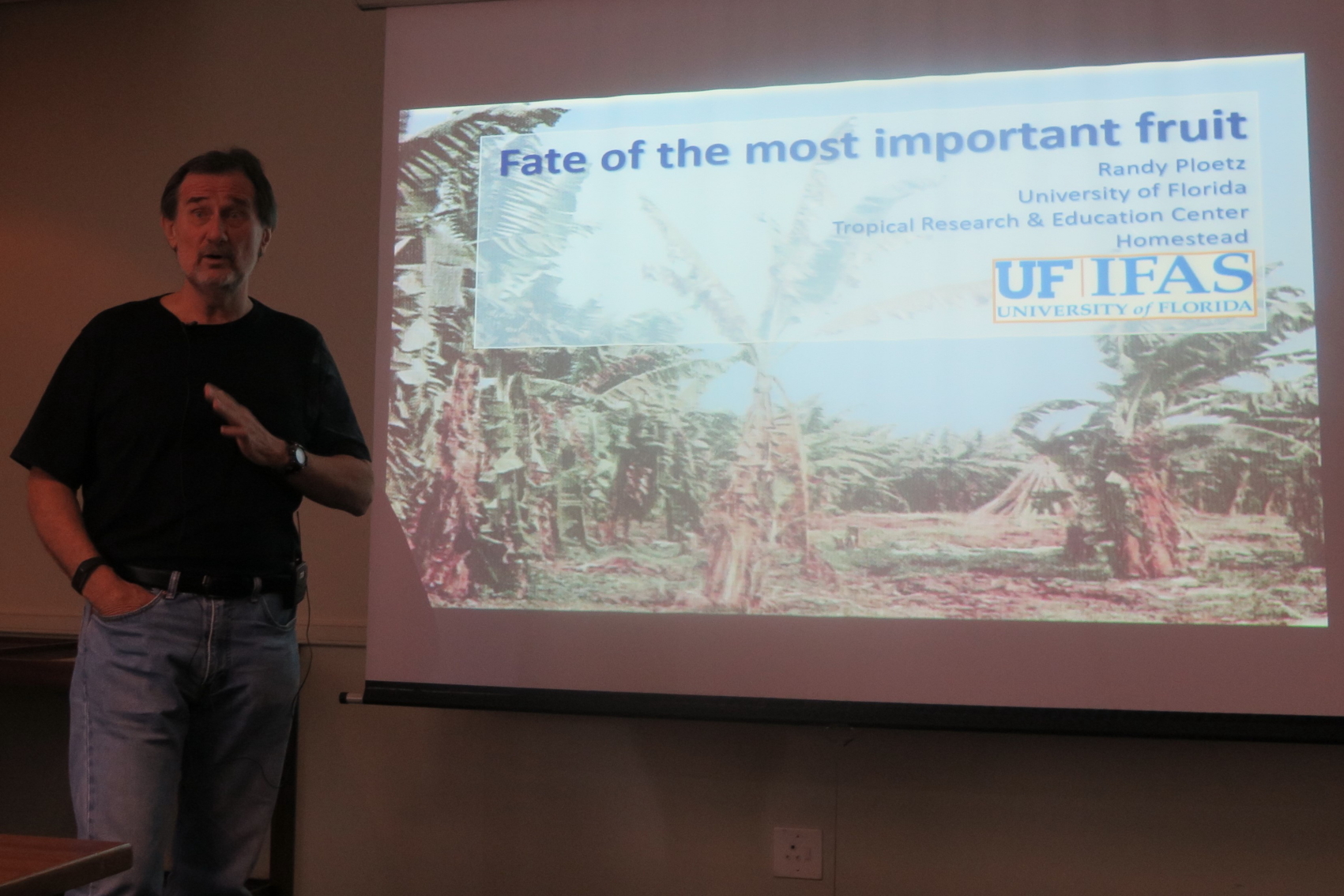 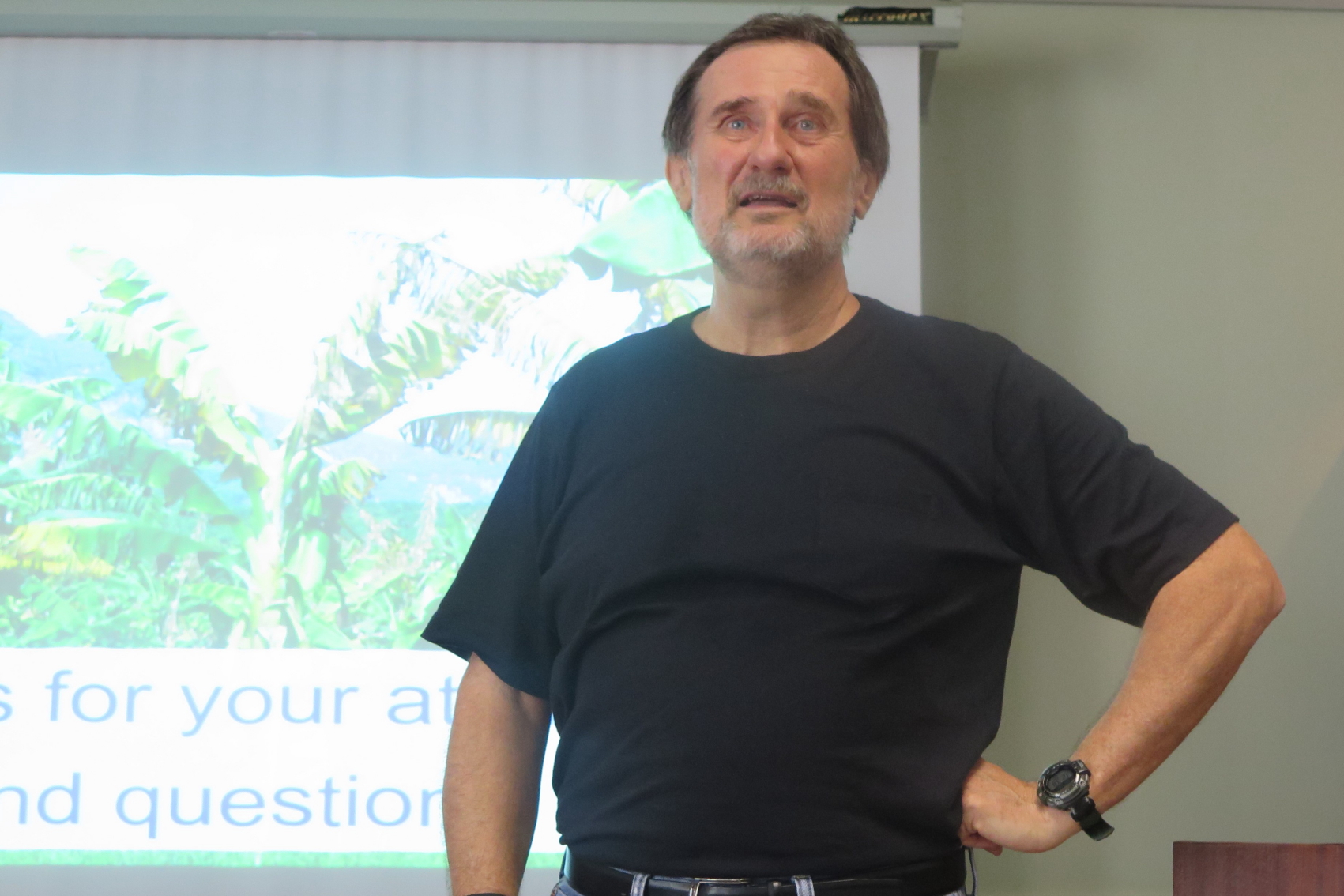 Professor Randy Ploetz and Dr Michelle Ploetz treated FABIans to two seminars on 15 October. An authority on tropical fruit diseases at the University of Florida, Prof Ploetz discussed the re-emergence of Fusarium wilt of banana, while Dr Ploetz discussed the dynamics in the use of English in academy by second and third language speakers.

In his seminar, “Fate of the most important fruit” Prof Ploetz reflected that disease outbreaks in Musaspecies had resulted in some predicting the eventual demise of banana, the fourth most valuable food in the world. He discussed how Fusarium wilt (also known as Panama disease after the country it was first reported) wiped out Gros Michel, a cultivar grown for export in several countries until the 1950s. The disease is caused by Fusarium oxysporum f.sp. cubense, a pathogen that lives in the soil.

A strain of the pathogen has in recent years been reported in Cavendish plantations, a cultivar that replaced Gros Michel and makes up nearly half of the banana grown in the world. Prof Ploetz warned that the pathogen could make its way into South Africa from Mozambique, where it has been reported. He said genetically modified bananas were an alternative as the movement of humans made it difficult to maintain quarantine measures against the pathogen.

Dr Michelle Ploetz, an associate dean at Miami Dade College shed light on the institution’s Accelerated Content-based English (ACE) Program. The program is used to teach international students English based on their academic curriculum, which would allow them to progress academically and professionally. Dr Ploetz said it was different from teaching the students to converse in English, as it focused on the vocabulary and writing patterns in their chosen field of study.