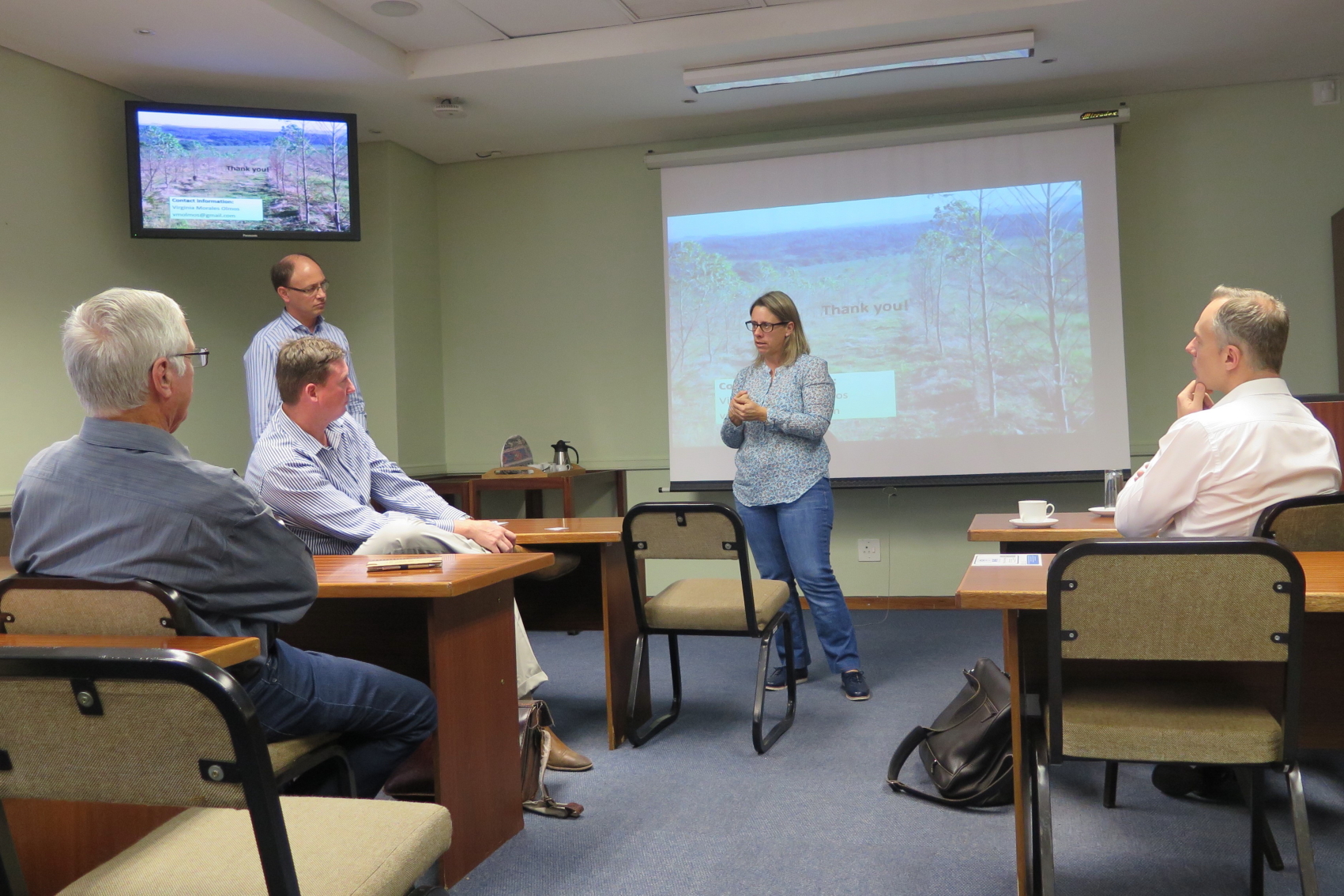 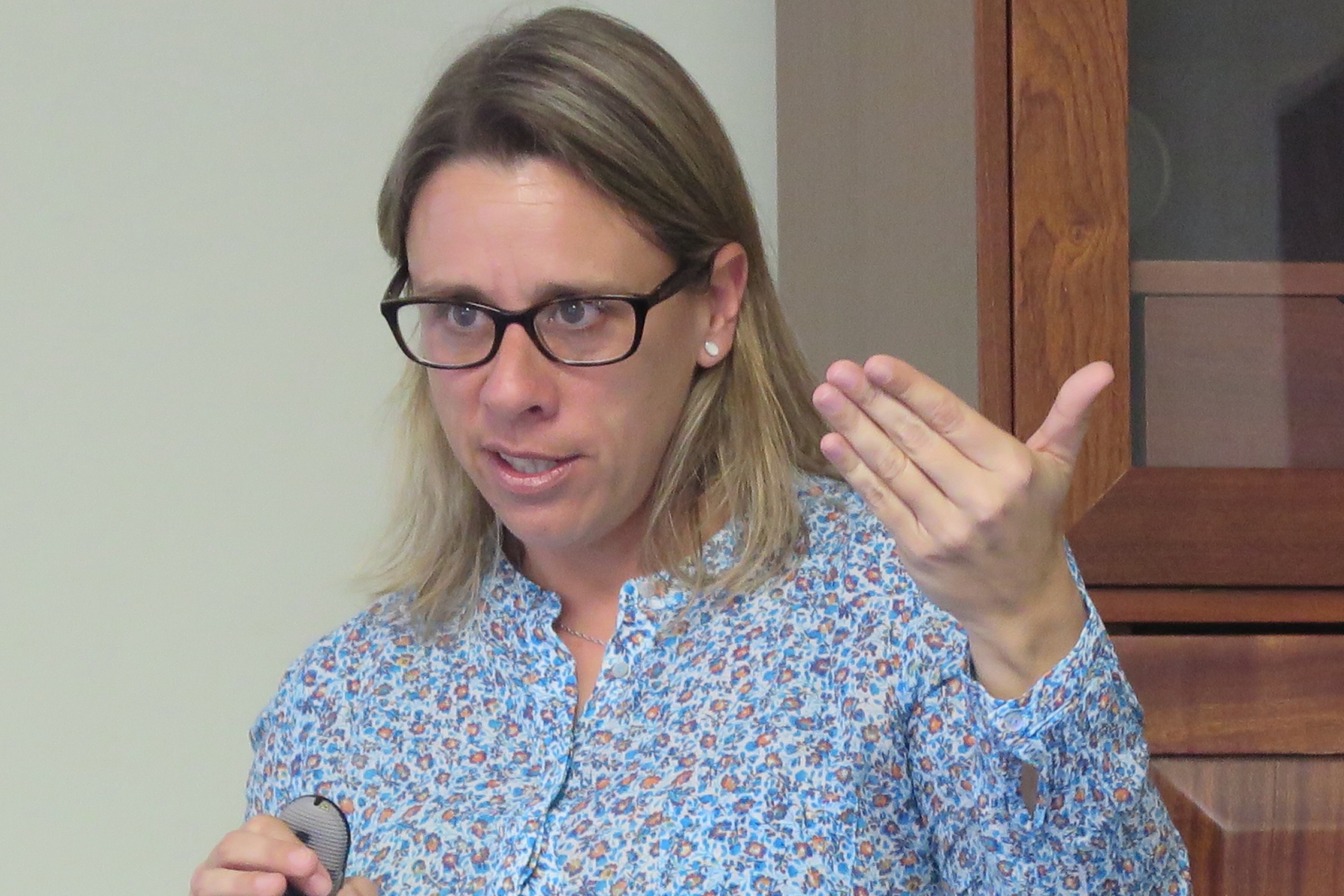 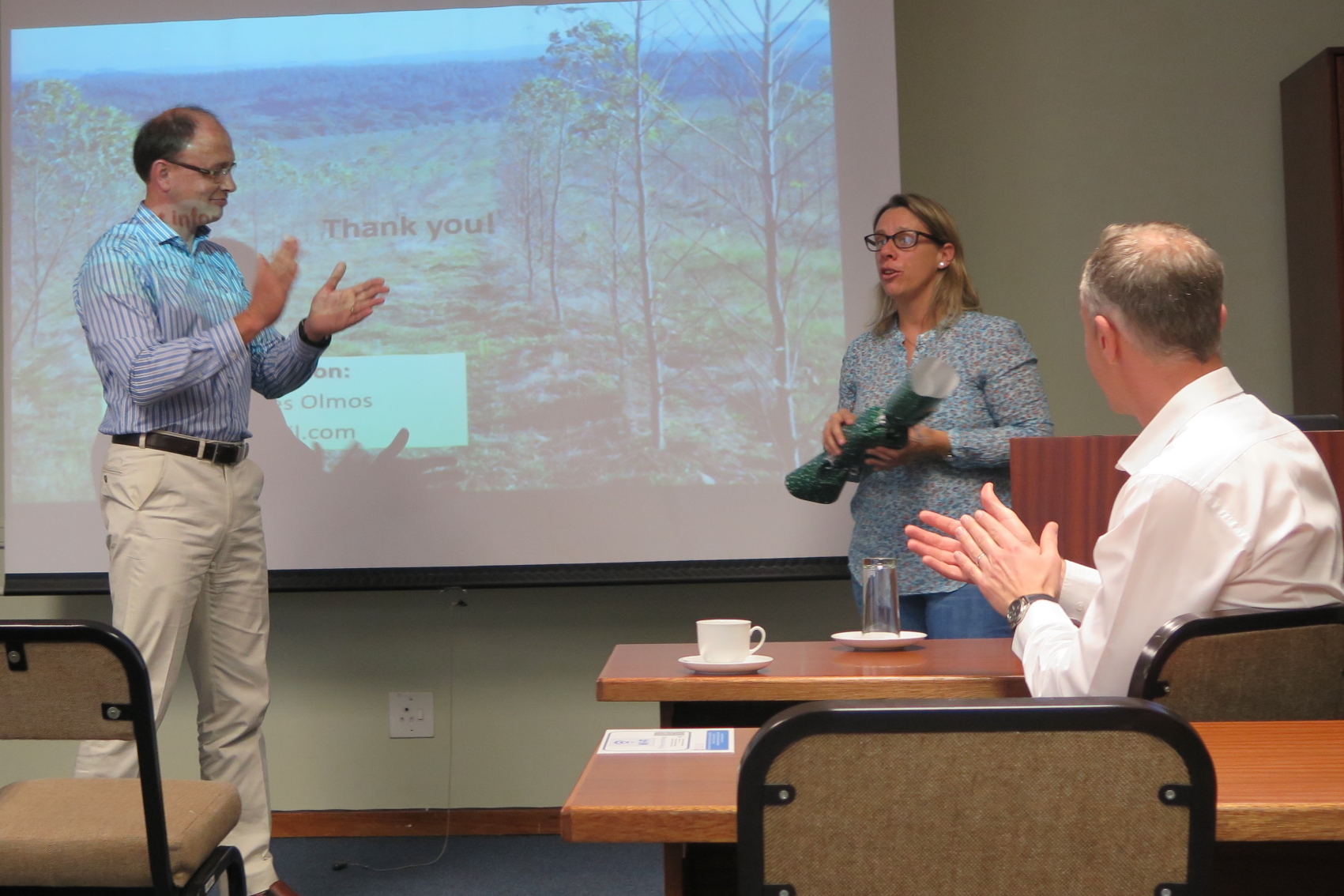 Professor Virginia Morales Olmos presented a special seminar at FABI on 10 October, titled “An estimate of the economic impact of Teratosphaeria nubilosa on Eucalyptus globulus plantations in Uruguay”. Prof Morales Olmos is a forest economist at the University of the Republic, Uruguay, and was in FABI as a 2018 Fellow of the Hans Merensky Foundation. Her talk reflected on the effects that the fungal pathogen had not only on commercial producers but also on the country’s public purse.

Reported in Uruguay in 2007, T. nubilosa caused extensive damage on the country’s E. globulus plantations. Prof Morales Olmos said the emergence of the pathogen was a major concern for the forestry sector, whose exports of cellulose from its pulp made E. globulus an economically important species. Producers were then compelled to switch to other species of Eucalyptussuch as E. dunnii, E. smithii and E. maidenii and this had raised concerns about the quality of the wood these species produced and their reception in the export market.

Prof Morales Olmos said a study using a cost/benefit analysis model showed economic losses of between one and 20 percent, depending on the location. She said that the sector would have to evaluate the risk to the economy that would come with the introduction of new pests associated with the newly introduced Eucalyptus species.