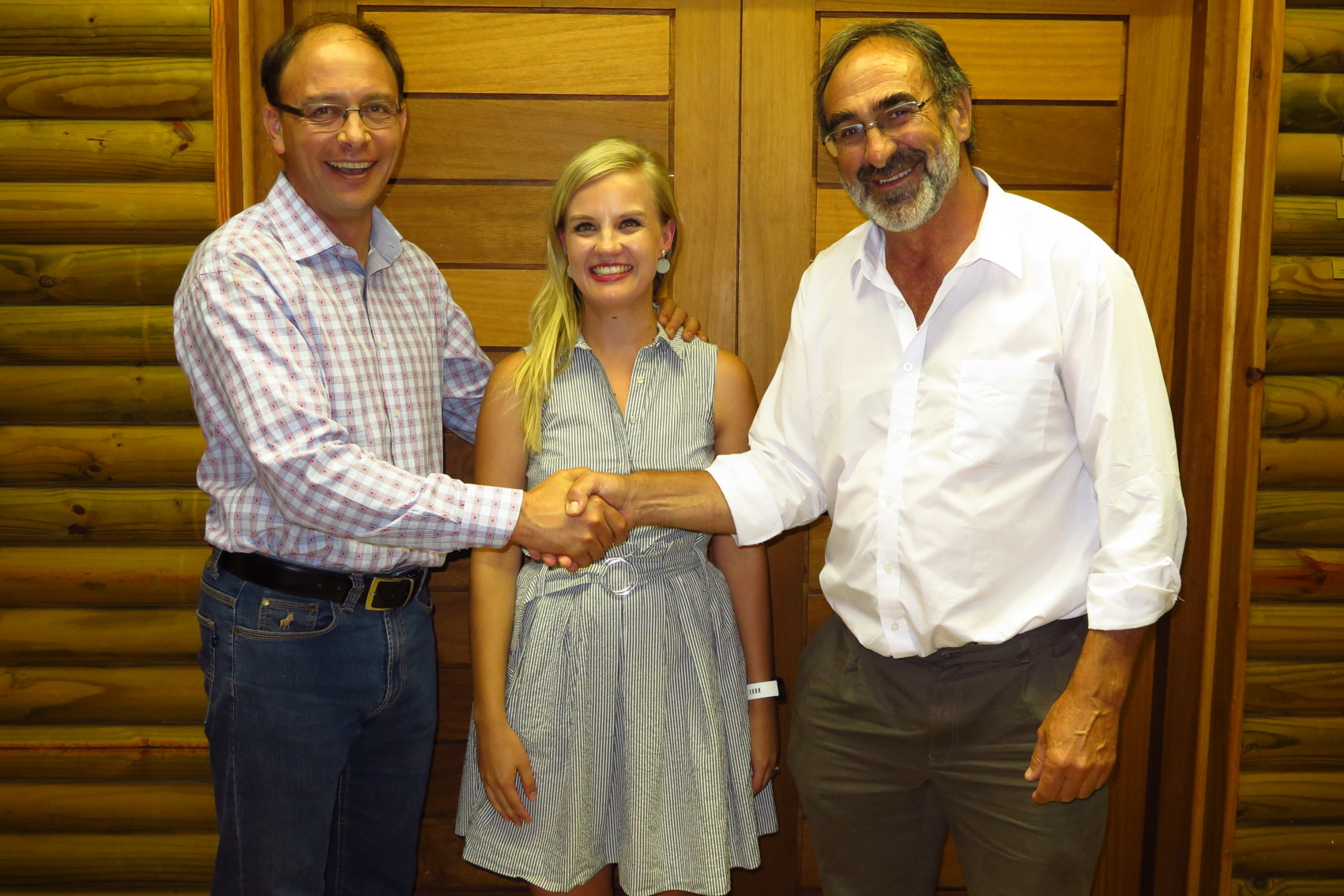 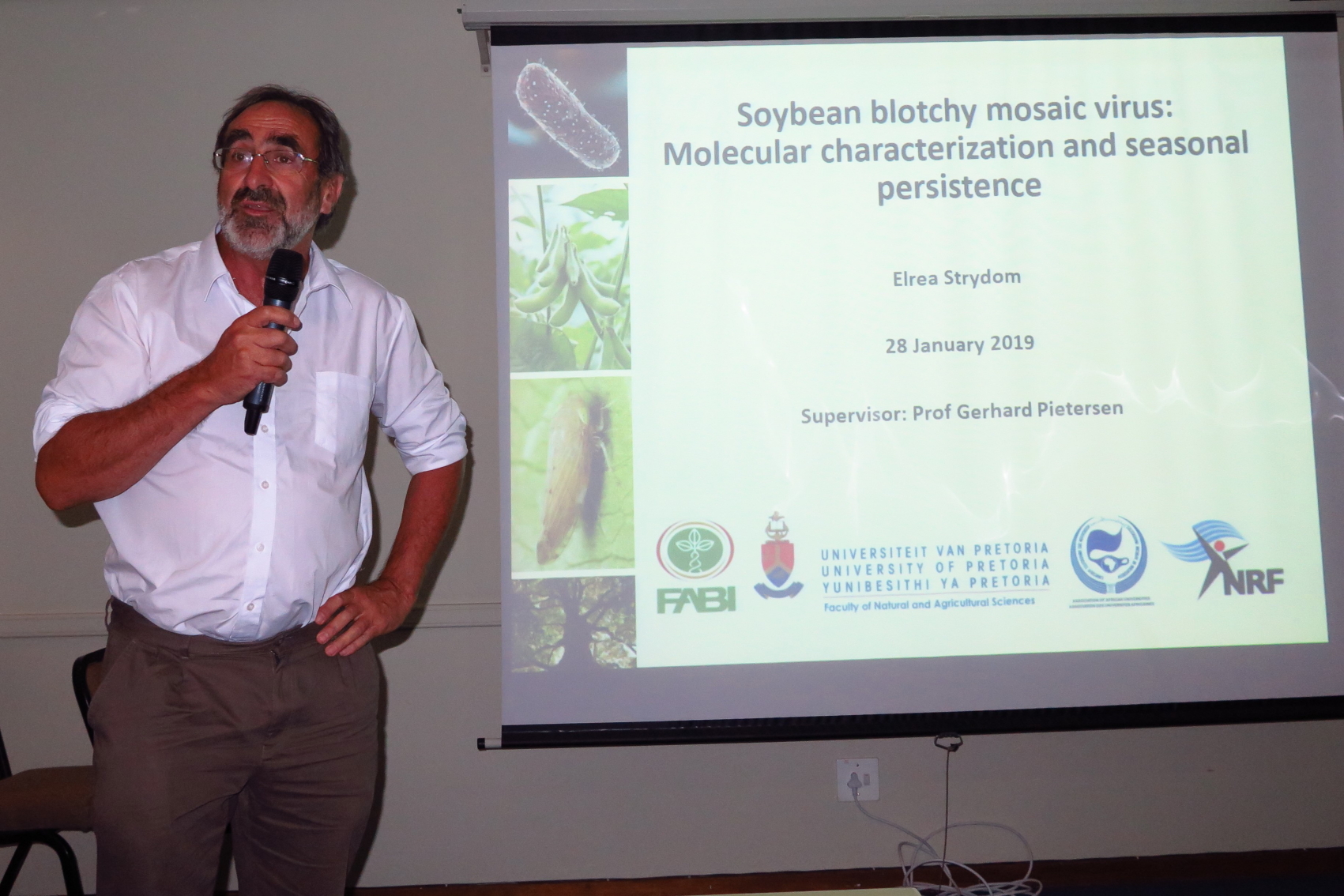 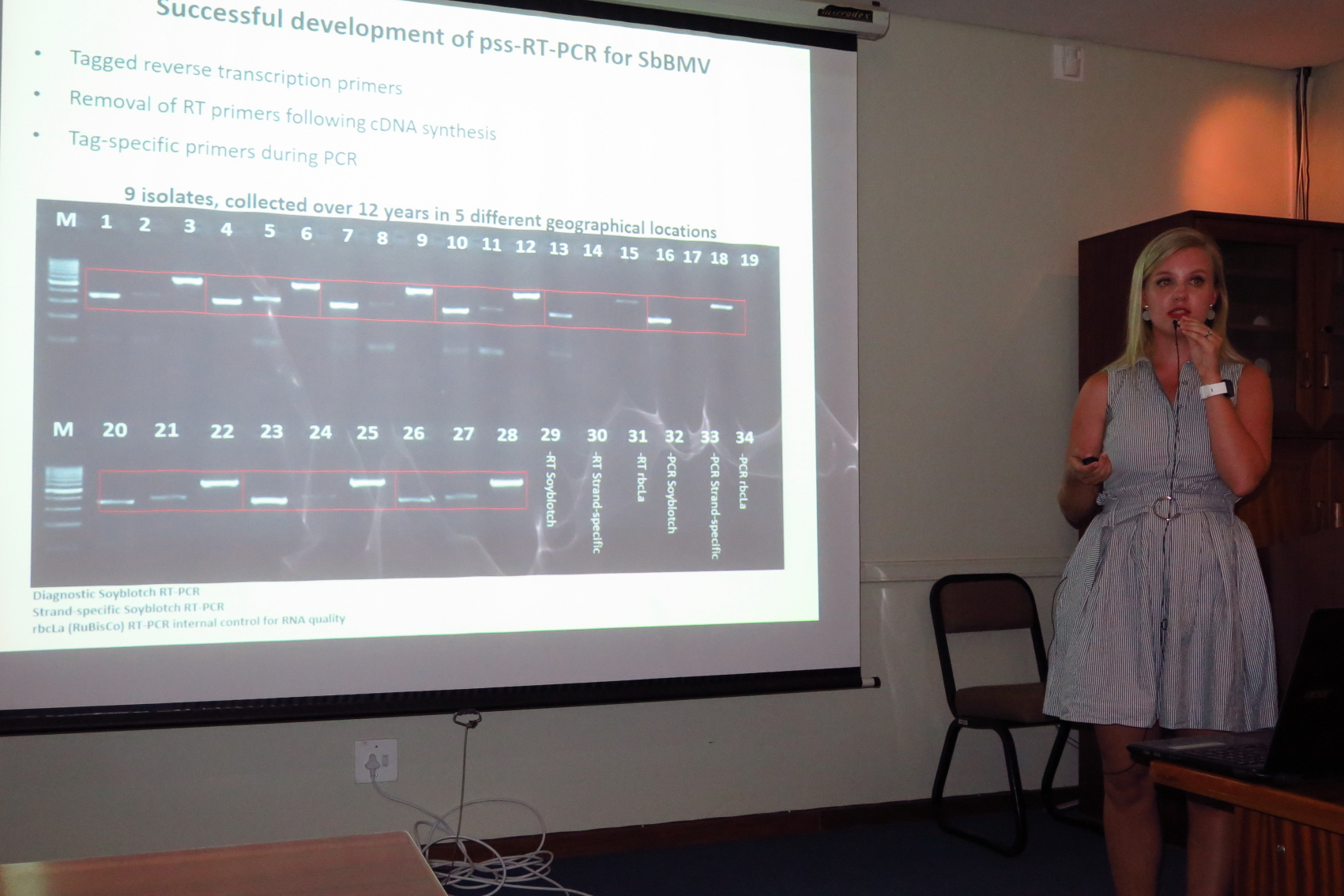 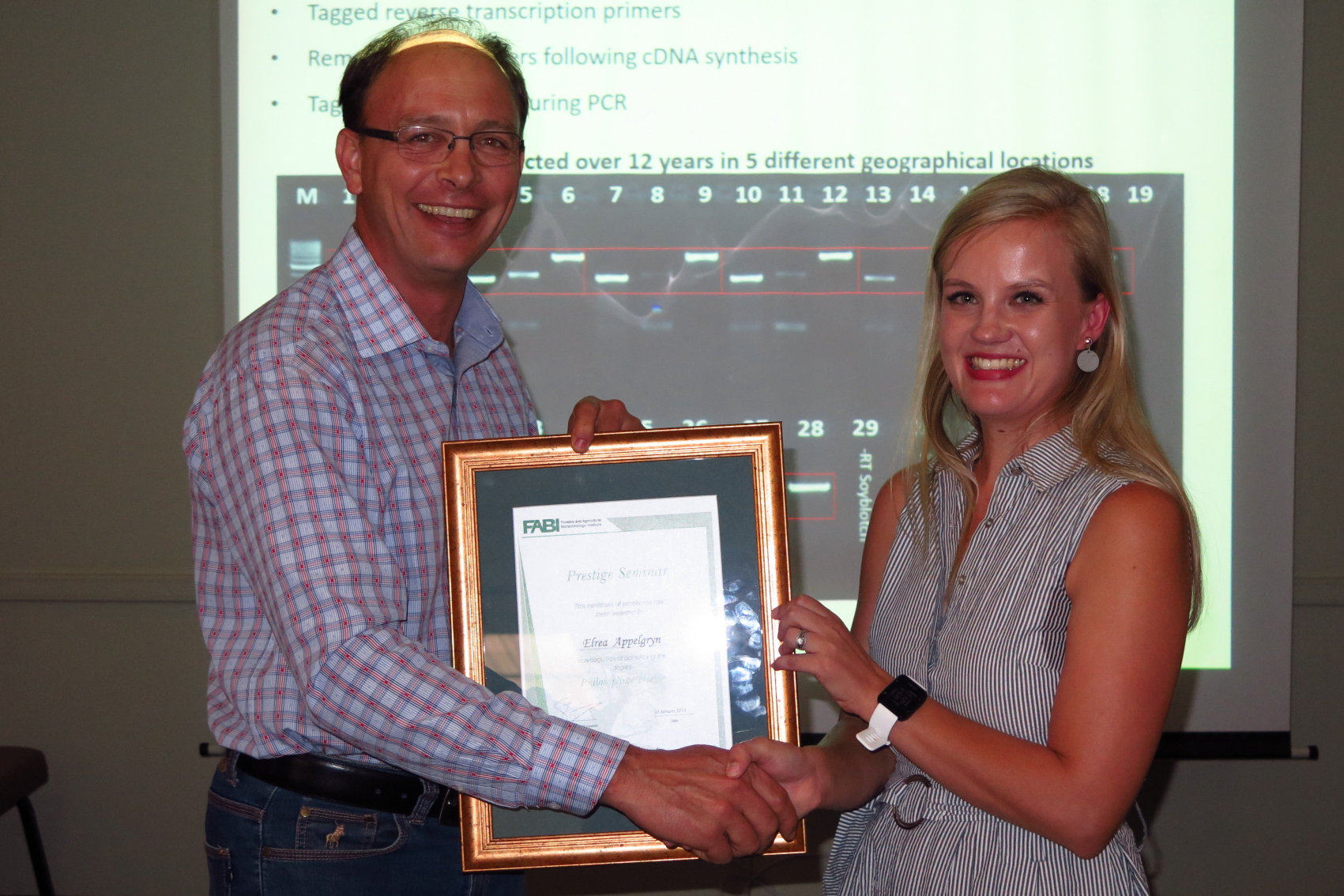 Elrea Strydom fulfilled all the requirements for a PhD degree after successfully defending her thesis on 28 January. She became the first FABIan in 2019 to achieve this accolade and marked the milestone by delivering her prestige seminar at FABI with her colleagues, family and friends present. Her supervisor, Professor Gerhard Pietersen, congratulated her on a “beautiful piece of work” and for having nearly all her research chapters published. The title of her study was “Soybean blotchy mosaic virus: Molecular characterization and seasonal persistence”. Soybean blotchy mosaic virus (SbBMV) infects Glycine max and contributes significantly to annual yield losses. Managing the virus therefore is crucial for food security as soybean is one of the most widely grown crops in South Africa.

SbBMV has been found on G. max in at least six provinces in South Africa. Its vector, the leafhopper, Peragallia caboverdensis, transmits it from infected to healthy plants and other host plants when G. maxis not in season. Elrea developed a diagnostic RT-PCR for SbBMV, and used it to identify Gymnosporia buxifolia, Flaveria bidentis and Lamium amplexicaule as alternative hosts of the virus during winter when G.max is not grown. She showed that the virus was not seed-transmitted in four commonly grown soybean cultivars and identified an insect vector, probably P. caboverdensisas the main mechanism of the spread of the virus  between seasons. To study whether the virus can replicate in the insect she developed a positive-strand specific reverse transcriptase PCR protocol to detect replication of SbBMV in plants and insects. She showed that P. caboverdensis is present in the Brits area throughout the year and generated some useful nucleotide sequence data to the insect for use in identifying it in future.