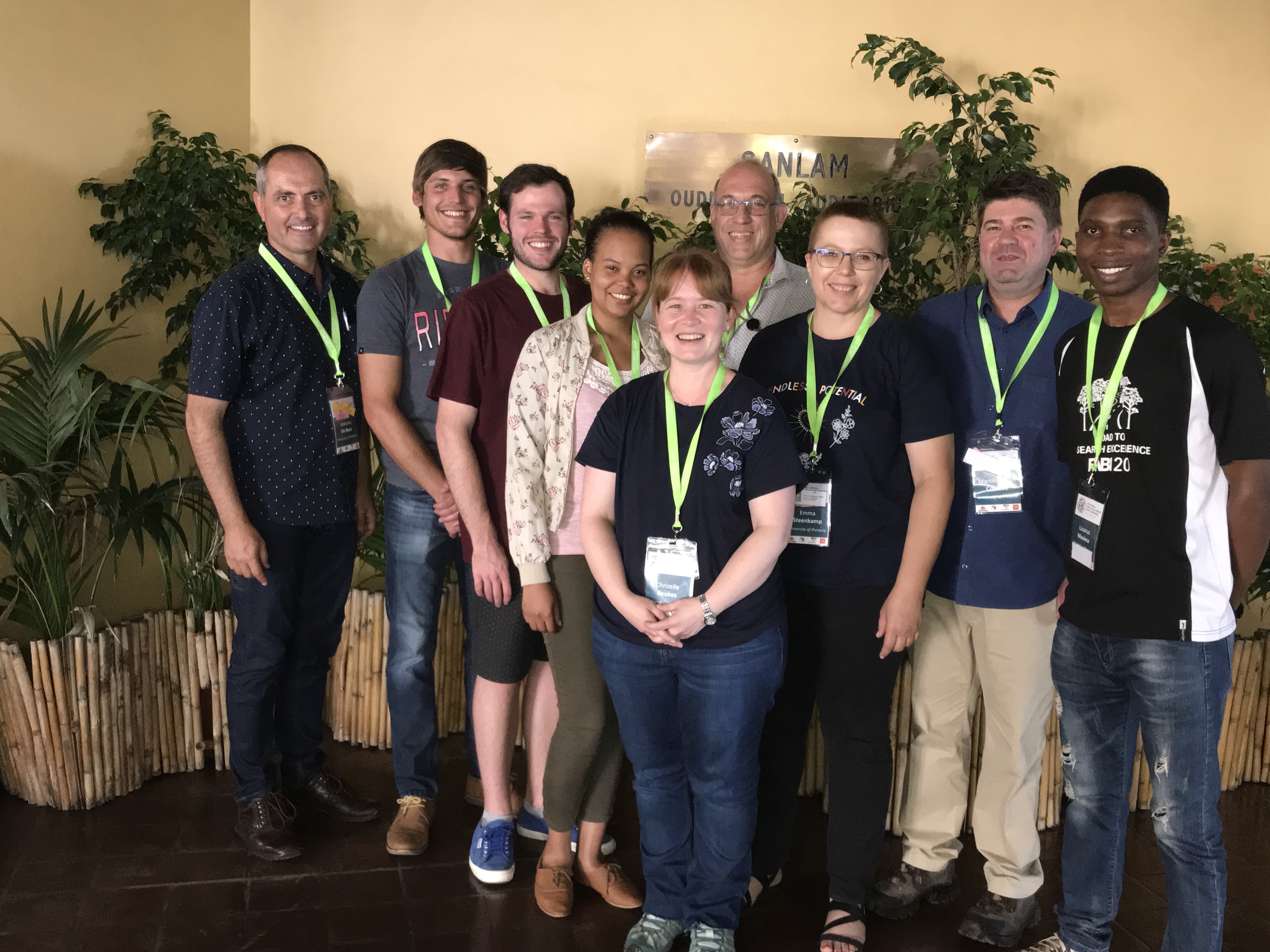 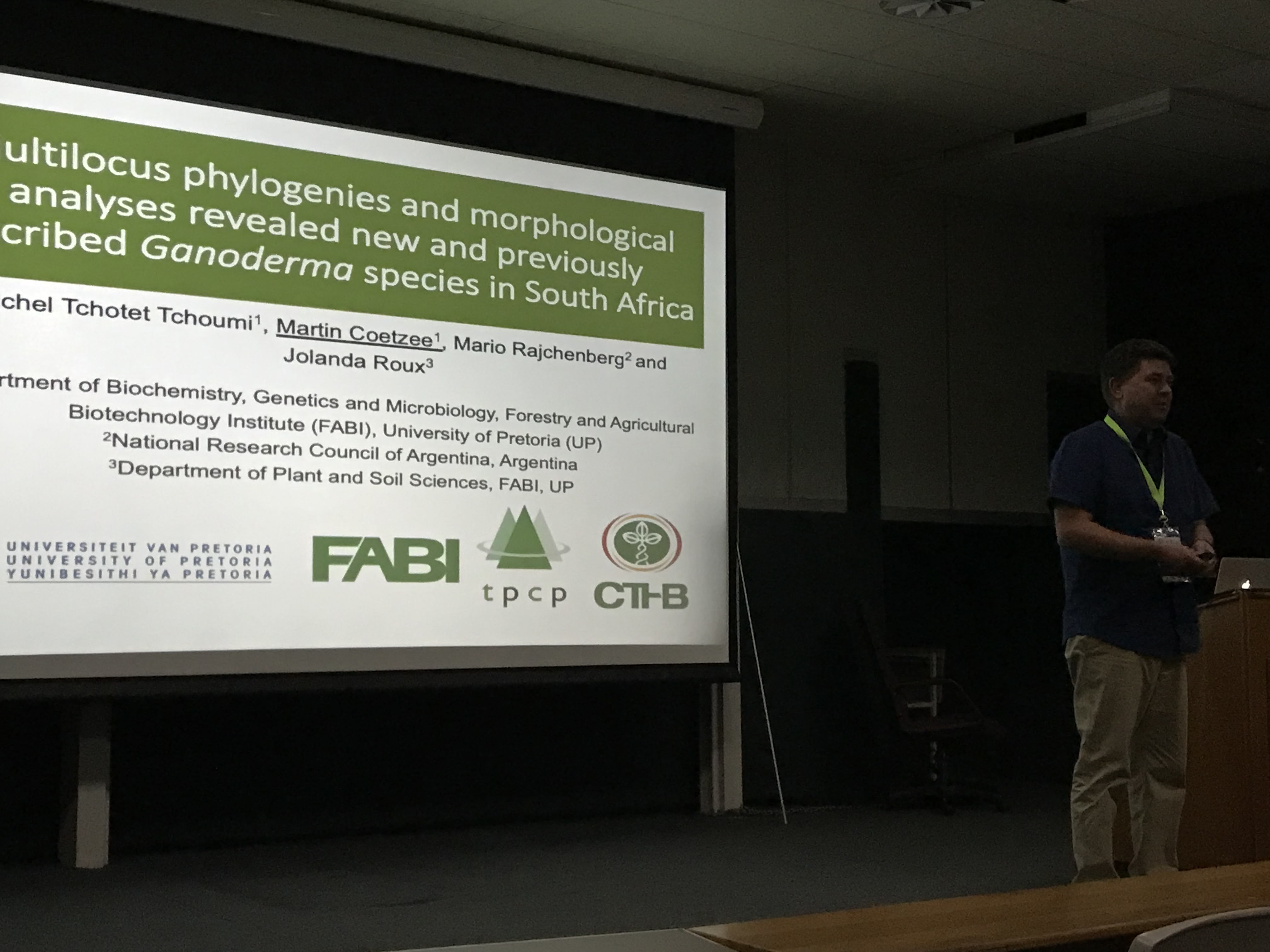 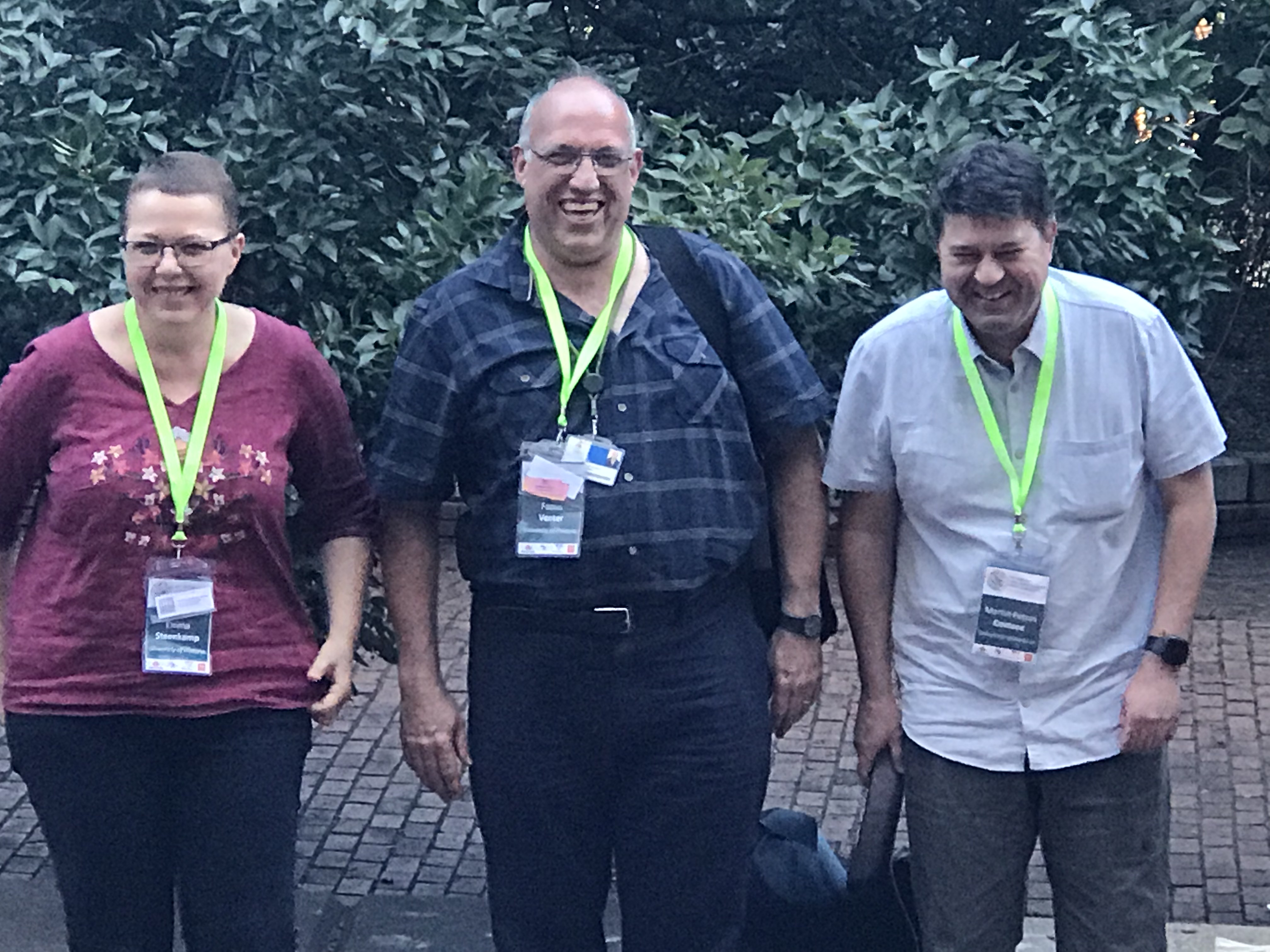 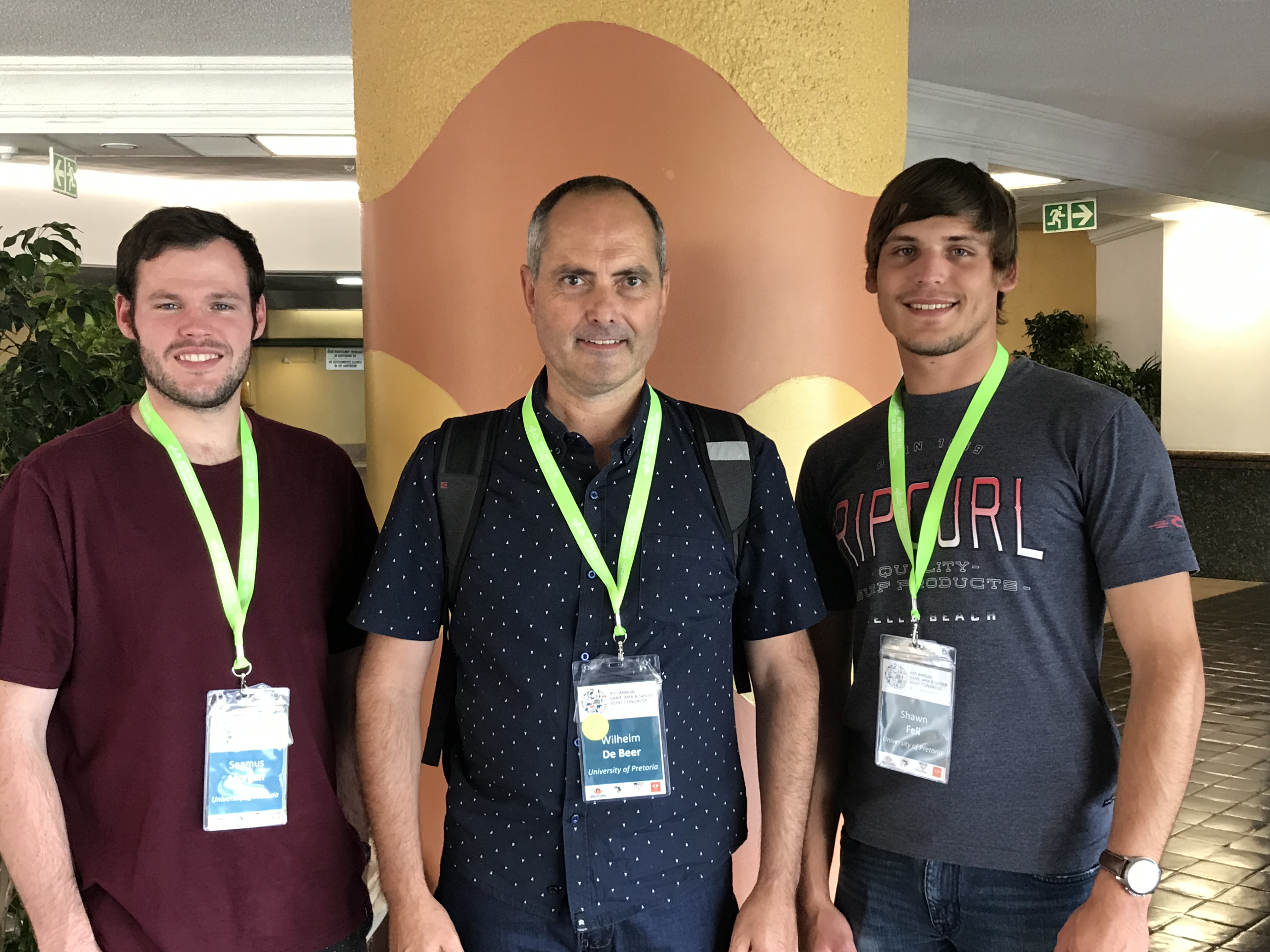 During January a group of FABIans participated in the 45th Conference of the South African Association of Botanists (SAAB) which was held in conjunction with the Southern African Society for Systematics and Biosystematics (SASSB) and the African Mycological Association (AMA) on the campus of the University of Johannesburg.

The FABI team did well and walked away with several prizes. Chrizelle Beukes won the prize for the best PhD presentation in Systematics, while Seamus Morgan and Shawn Fell respectively won the prizes for the best MSc and Honours presentations in Mycology. Congratulations to these students for flying the FABI banner!

Marike Palmer - All ANIs are not created equal

Juanita Avontuur - The many faces of Bradyrhizobium: from nodulation to photosynthesis

Wilhelm de Beer - The Polyphagous Shothole Borer and its fungi: a threat to native forest ecosystems in South Africa?