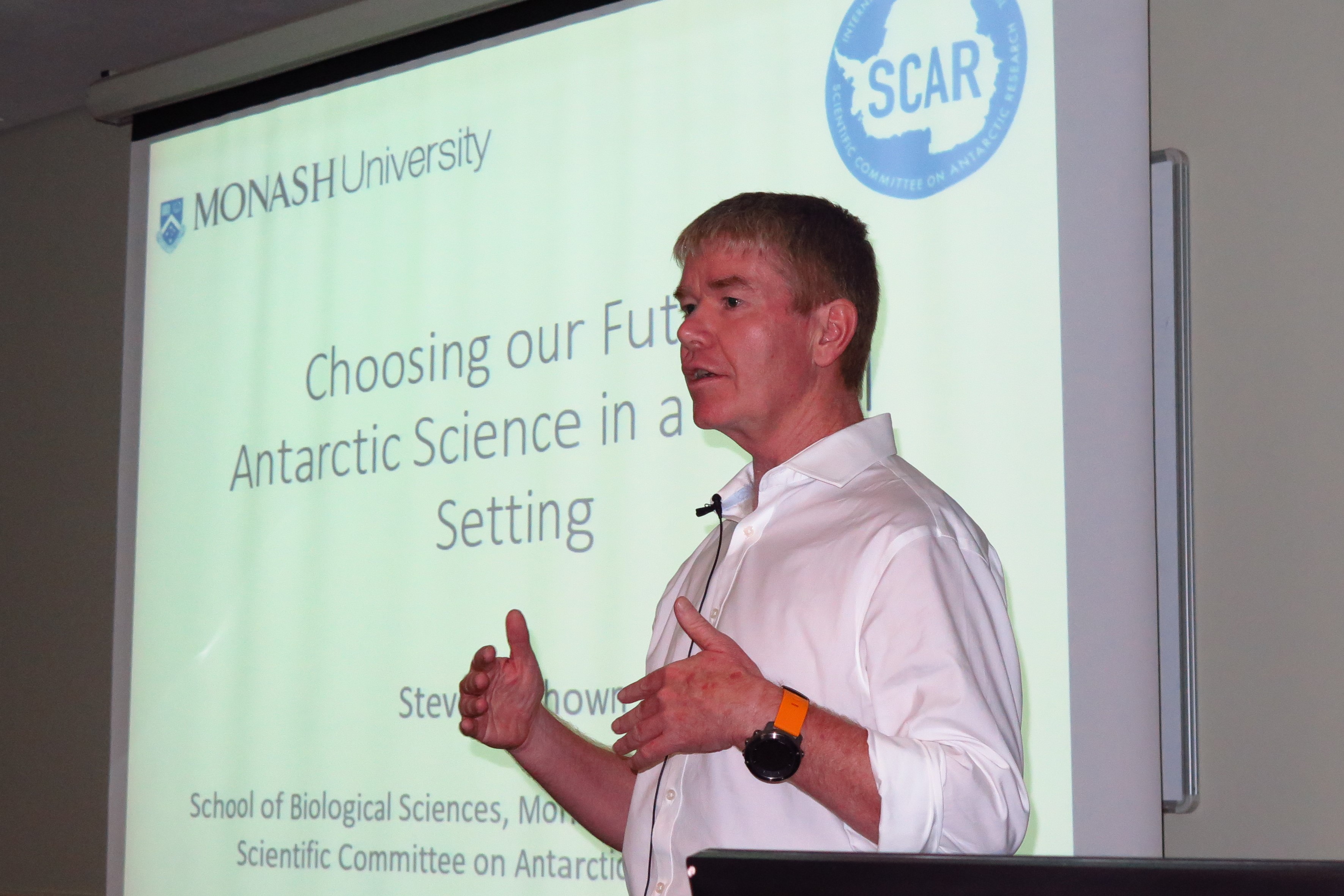 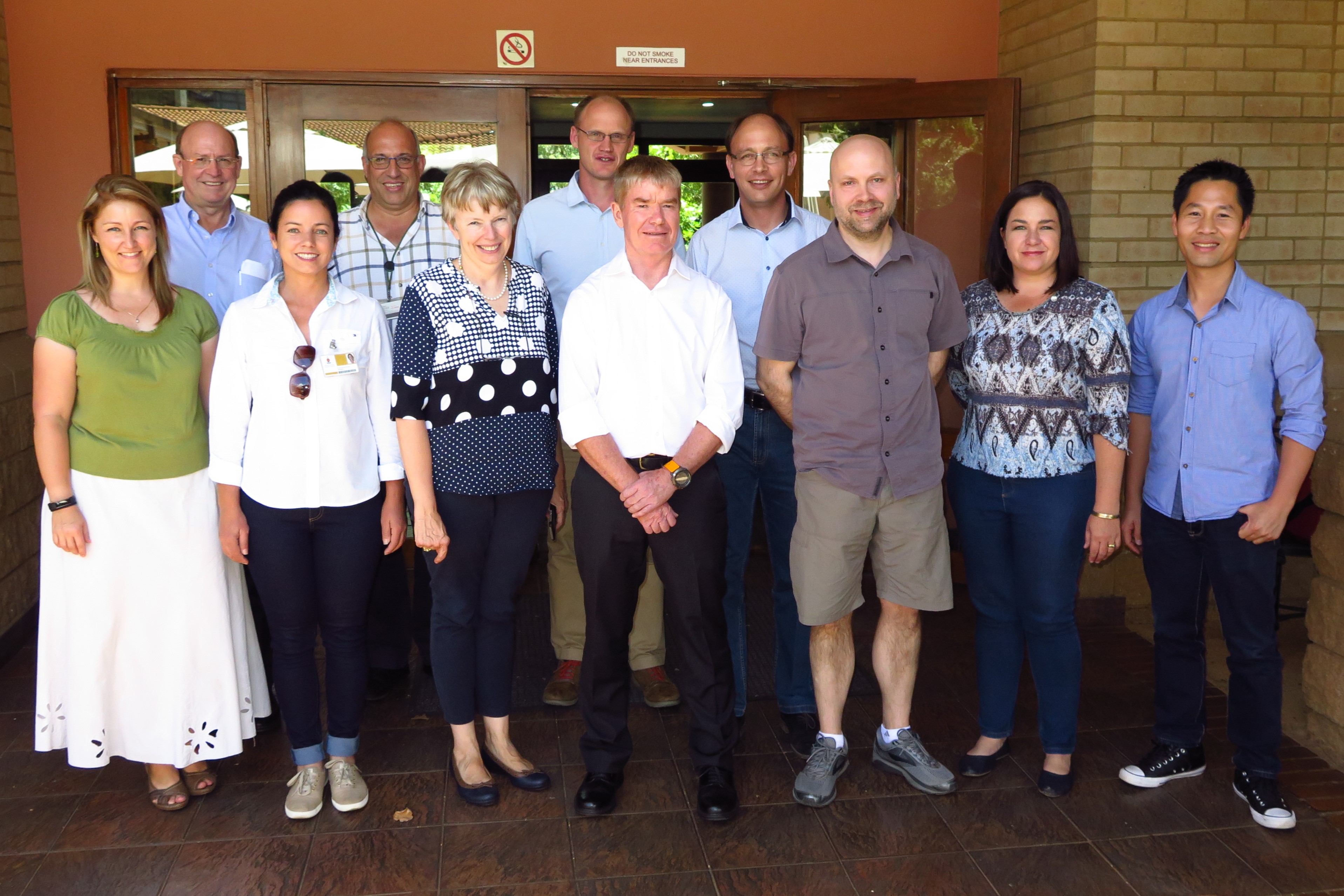 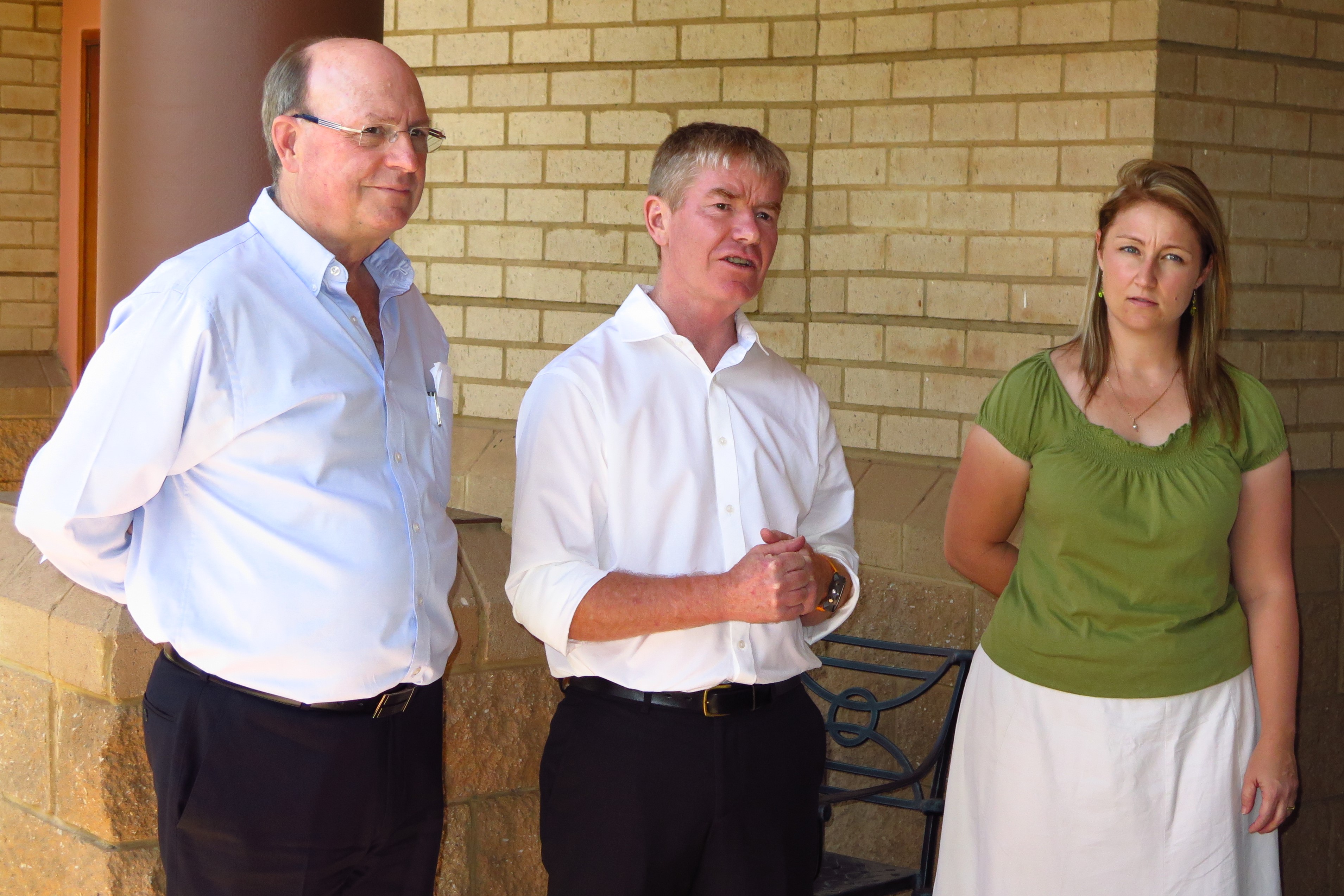 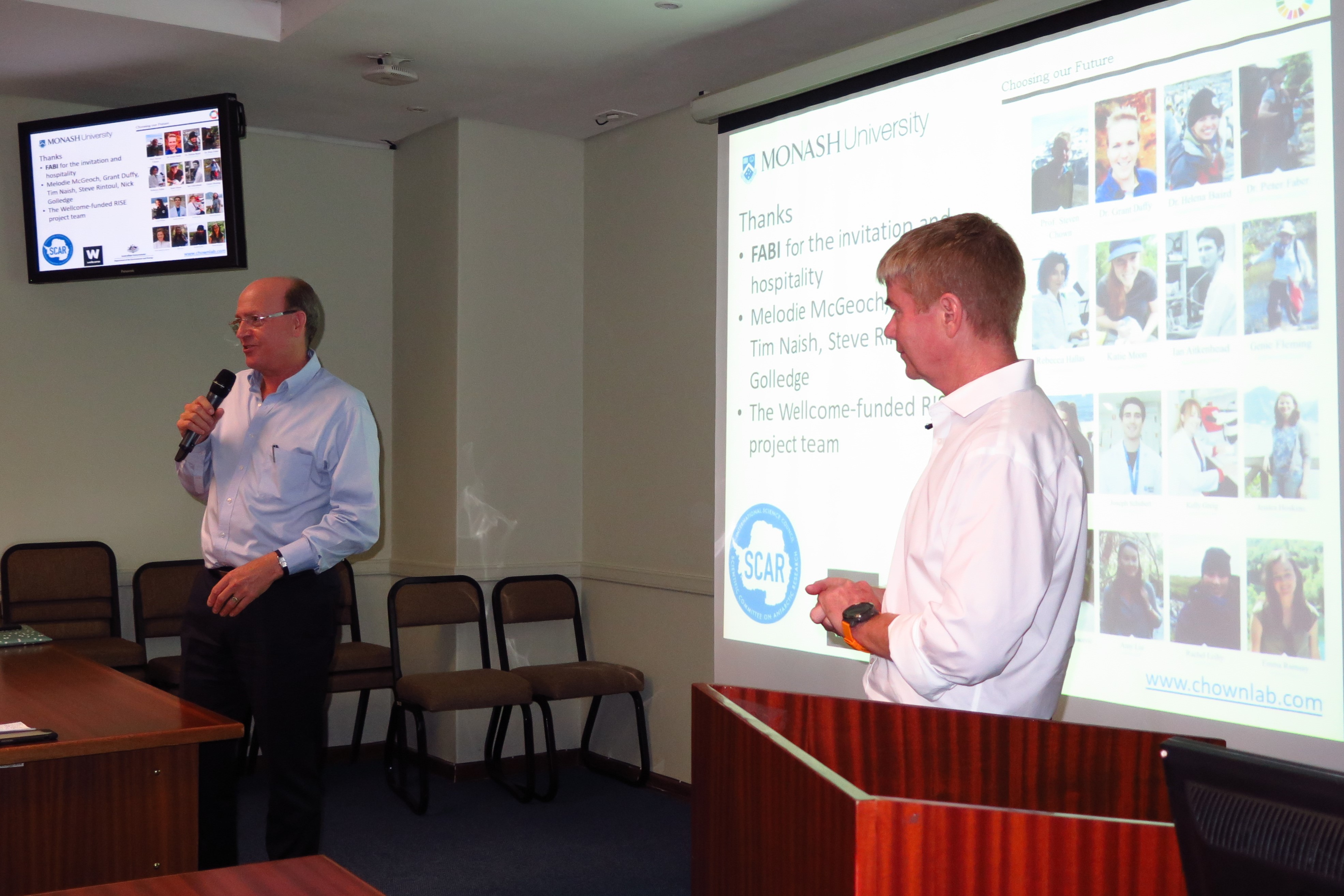 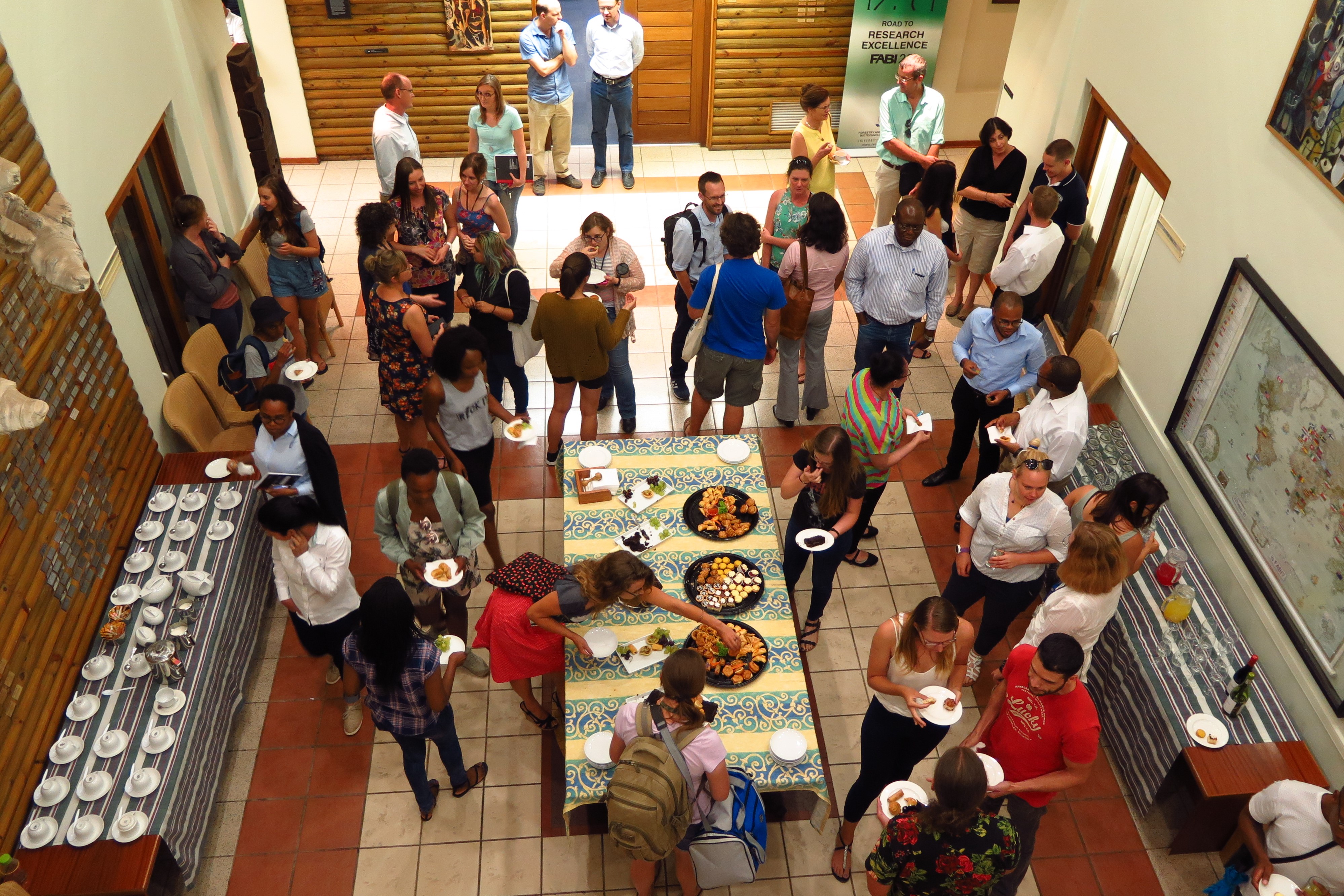 Professor Steven Chown of the School of Biological Sciences at Monash University in Australia visited FABI on the 27 February to engage with academic colleagues and students.  During his visit he presented a special seminar “Choosing our Future: Antarctic Science in a global setting”. Prof. Chown is the President of the Scientific Committee on Antarctic Research (SCAR), which is based in the United Kingdom, and his talk highlighted the global implications of melting ice in the Antarctic and Southern Ocean due to climate change.  Prior to his seminar, Prof. Chown met with colleagues and students in FABI and hosted a round table discussion with members of the FABI Team. This event included a very active debate regarding topics such as excellence in research and and students at FABI.

As part of his seminar, Prof Chown discussed the urgency of the world “getting on top” of greenhouse gas emissions and the social, economic and political implications of global warming. He warned that rising sea levels did not only threaten coastal communities, who are at risk of tsunamis and cyclone storm surges largely because of the poor conditions in which they live. He also cautioned the large and lively audience regarding the effects of wholescale migration of rural communities to the cities because of the loss of agricultural land and biodiversity.

Prof. Chown warned that it was insufficient to leave the challenge of greenhouse gas emissions to powerful industrialised countries. He asserted that “good science” was central to providing reliable evidence that shapes policies on climate change. He encouraged young scientists to contribute to societies’ better understanding and appreciation of science and scientific evidence.