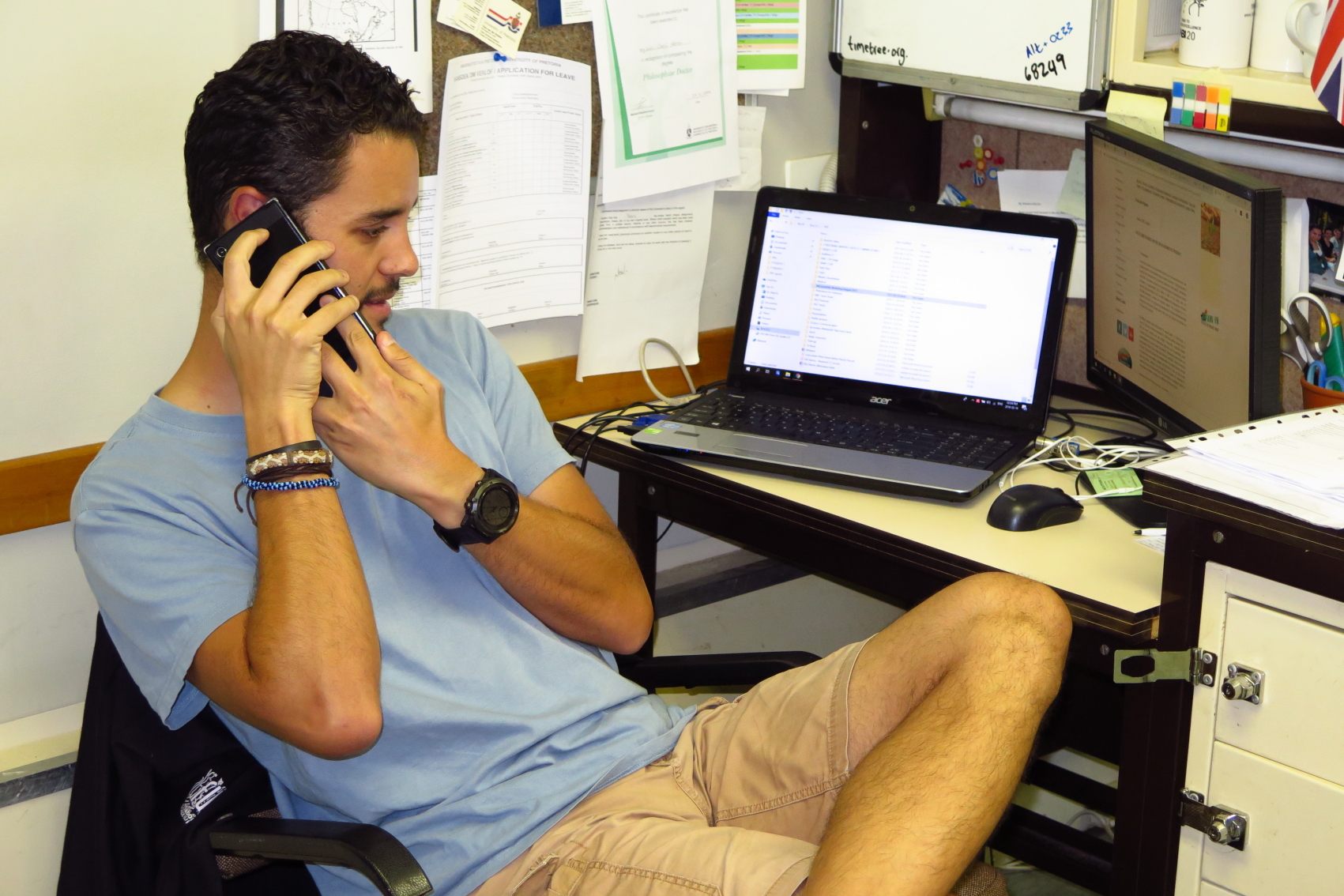 FABI PhD candidate Darryl Herron cast the spotlight on tree health matters during an interview with VOC FM, a community radio station based in Ermelo, Mpumalanga, on 14 March. Darryl was invited to speak on the station’s midday show about his video “Imagine South Africa without trees”, which won first prize in the  video category of the 2018/2019 SAASTA Young Science Communicators competition. With various media and language categories, the competition is an initiative of the South African Agency for Science and Technology Advancement and is open to young scientists between the ages of 18 and 35.

In the video, Darryl introduces the viewer to the polyphagous shot hole borer, an exotic beetle whose symbiotic fungus has killed numerous tree species in South African towns and cities, and the threat it poses to biodiversity in South Africa. You can view Darryl’s video here.

In the interview, he spoke of the contribution of healthy trees to not only the forestry industry but also to reducing the effects of greenhouse emissions, food security and tourism. He emphasised the need for more “tree doctors” and the various opportunities available to study and specialise in fields such as entomology, ecology, microbiology and plant pathology.

A three-minute video he submitted last year for a campaign by the University of Pretoria’s Department of Plant and Soil Sciences on “plant blindness” received special mention among the entries received.