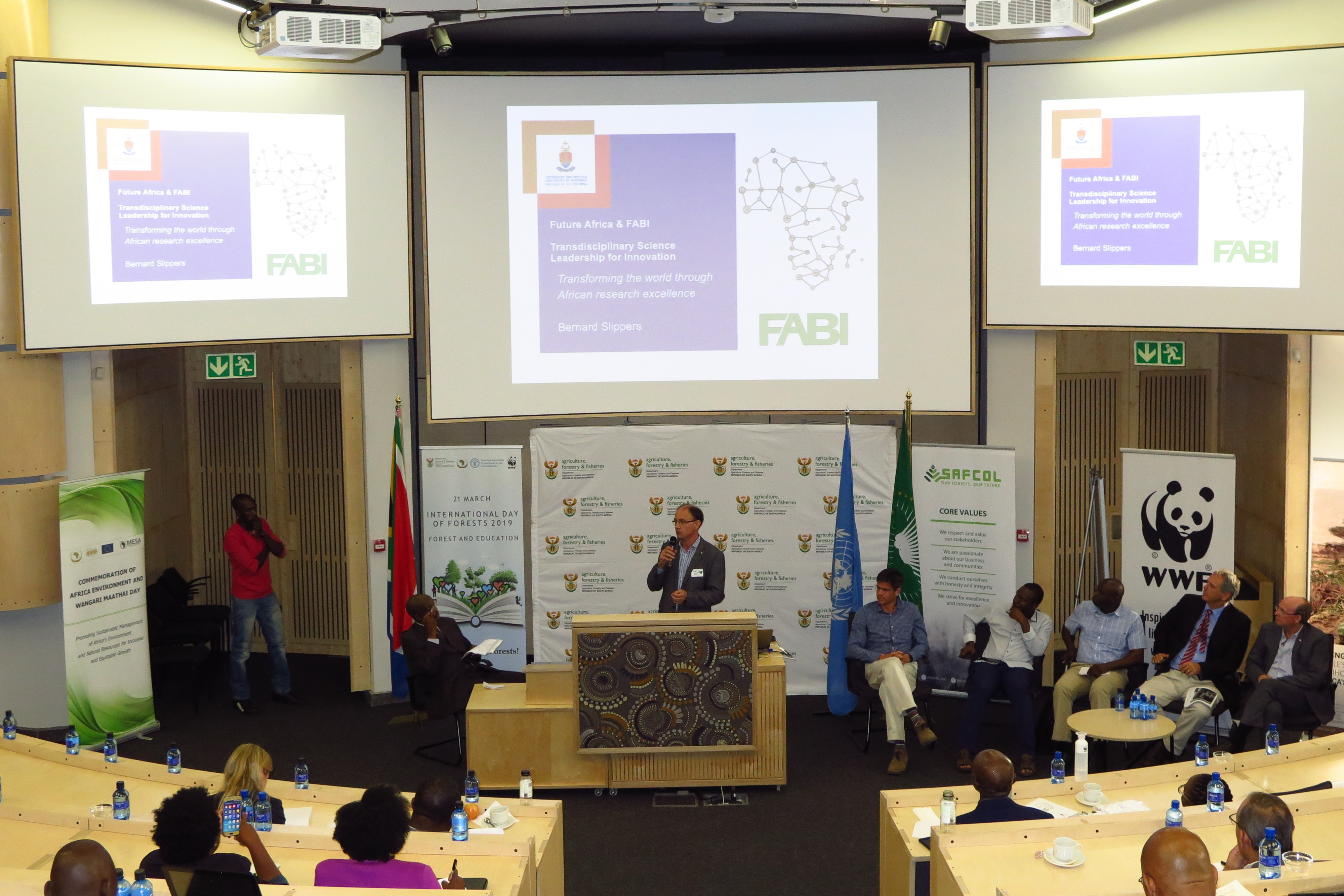 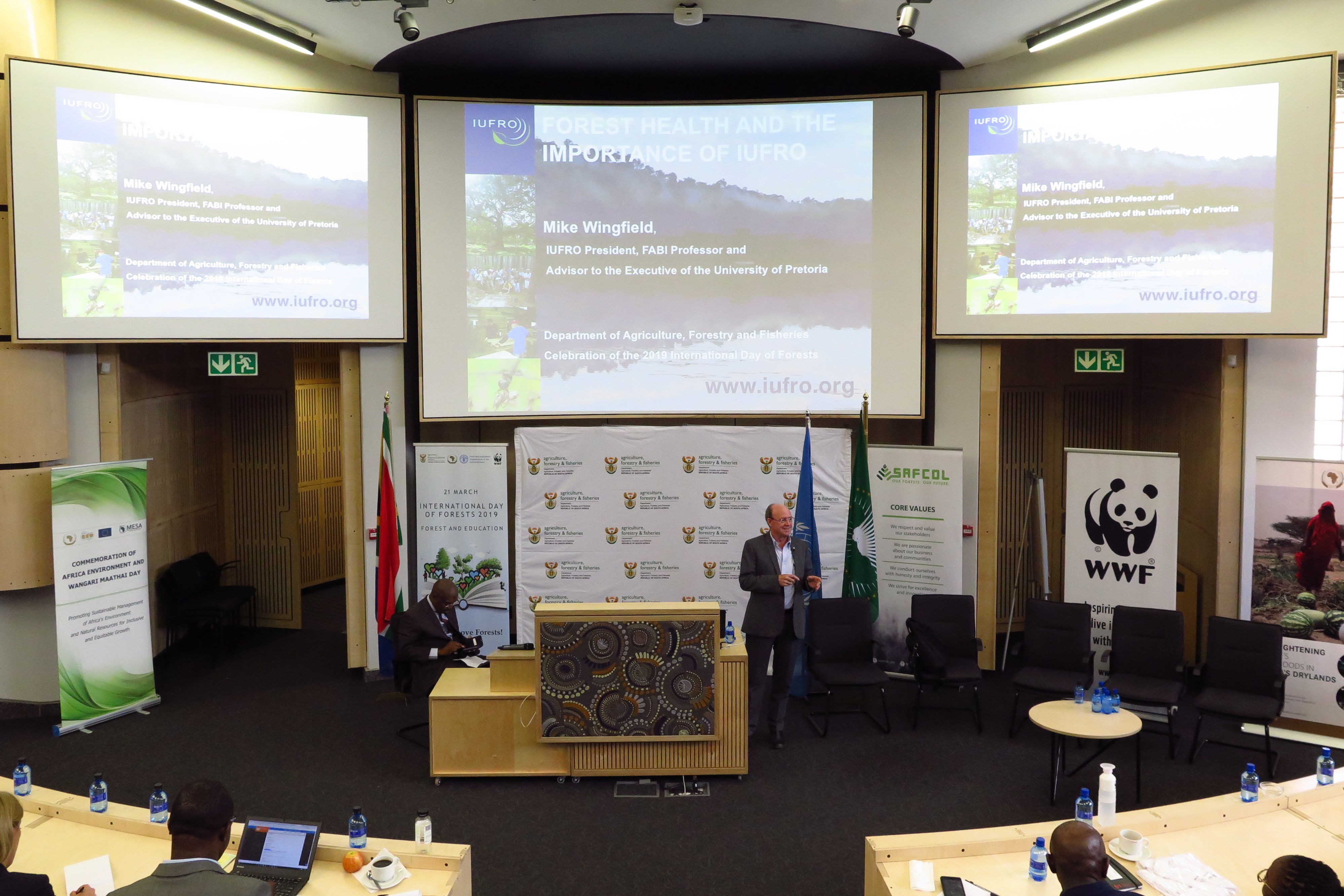 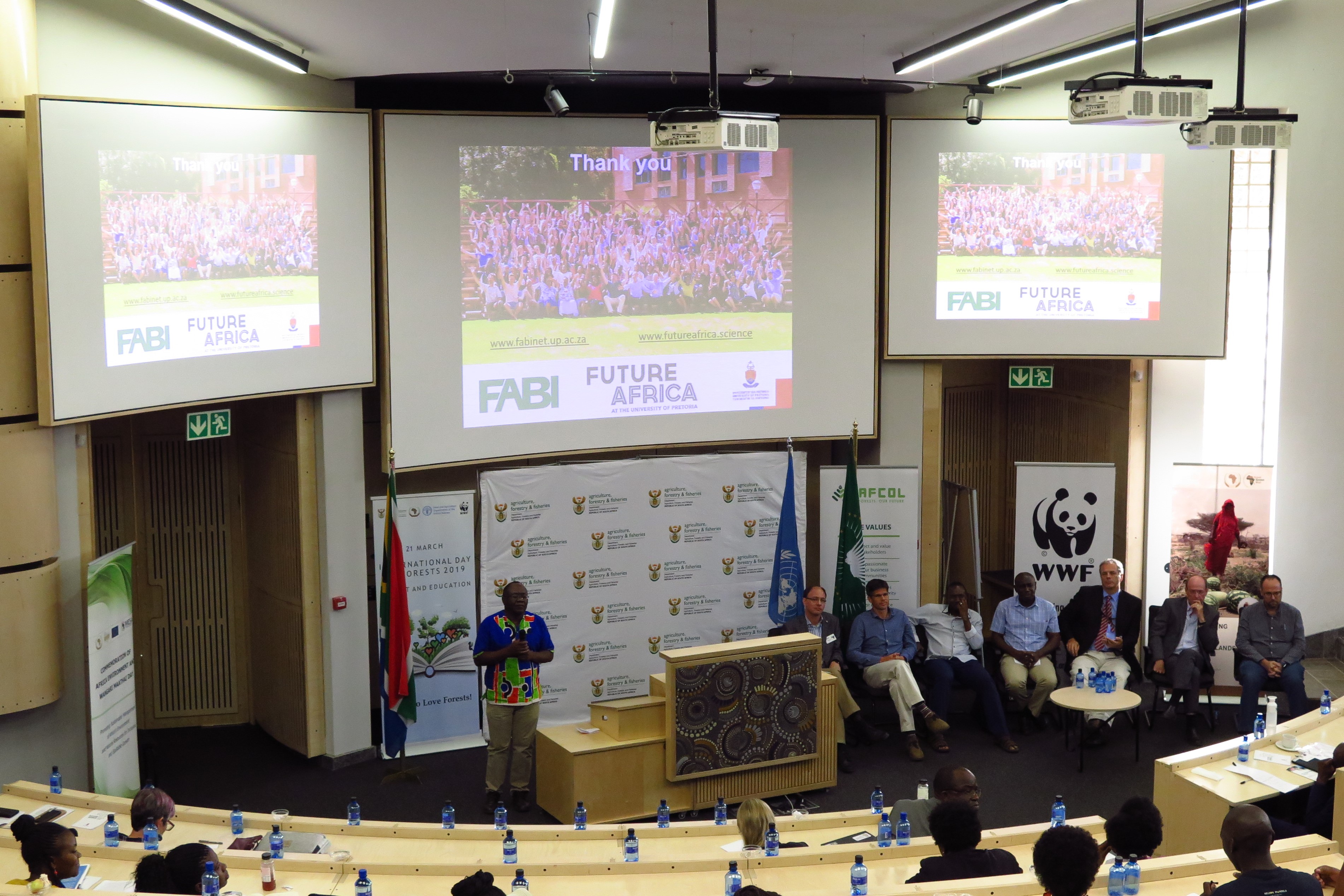 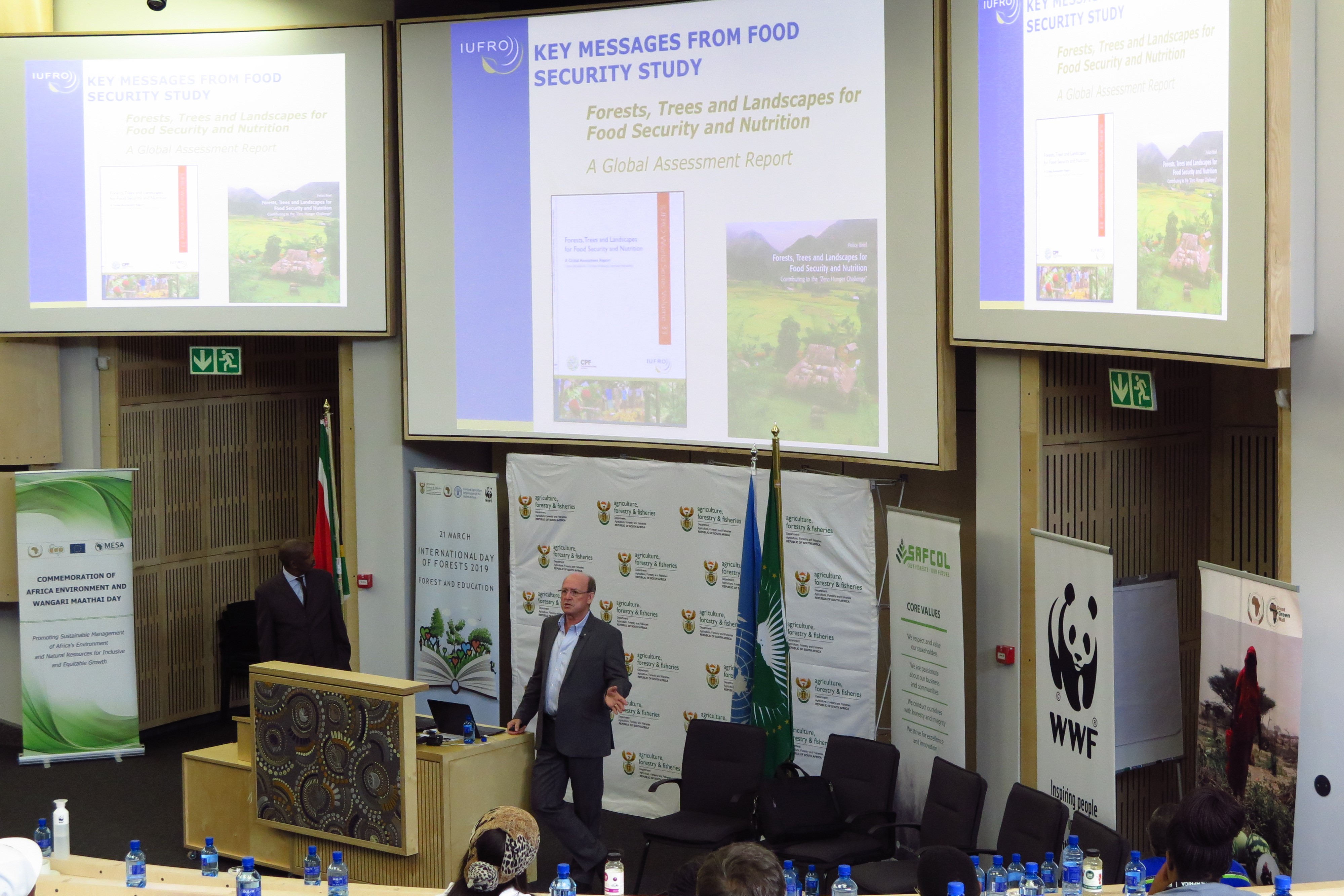 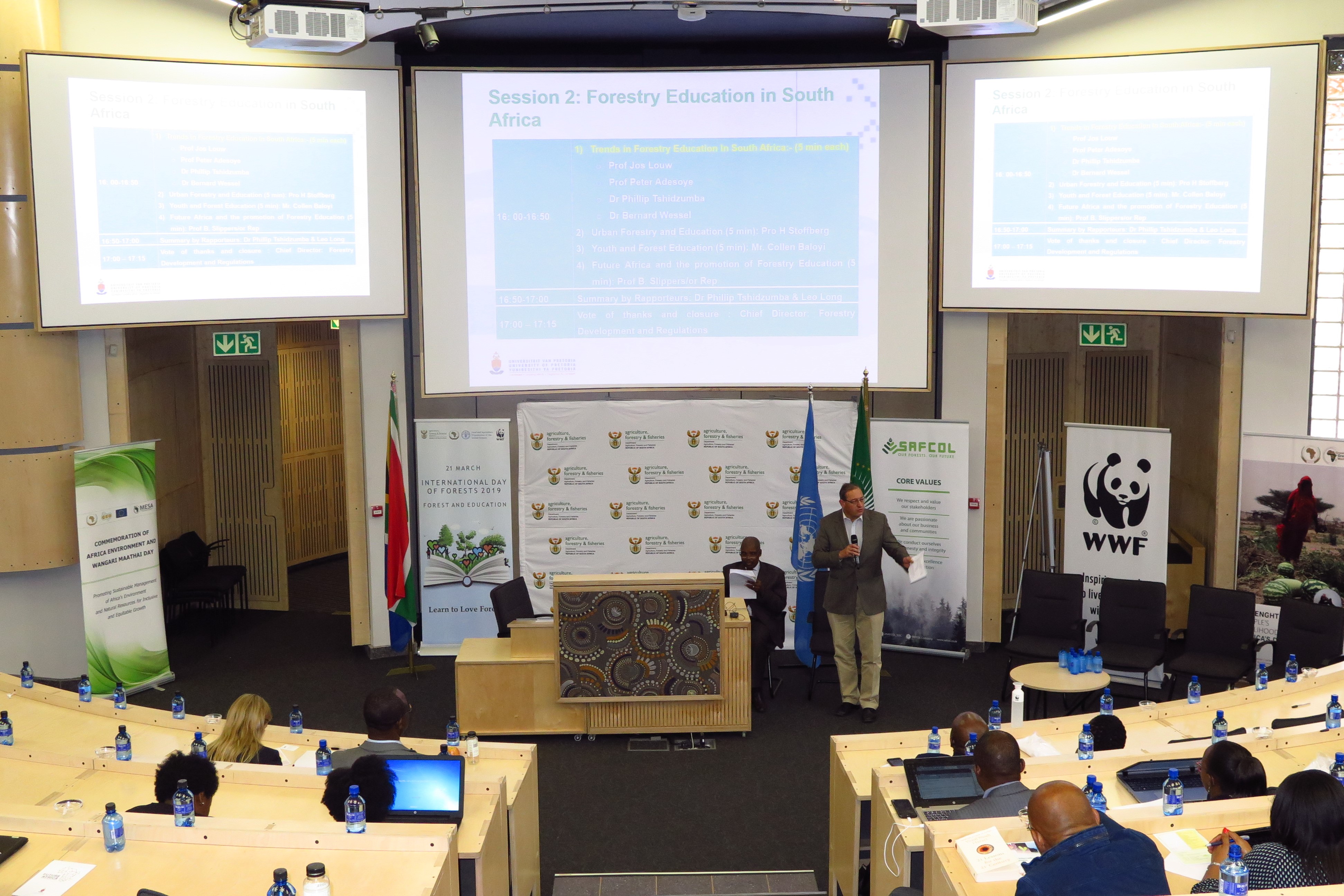 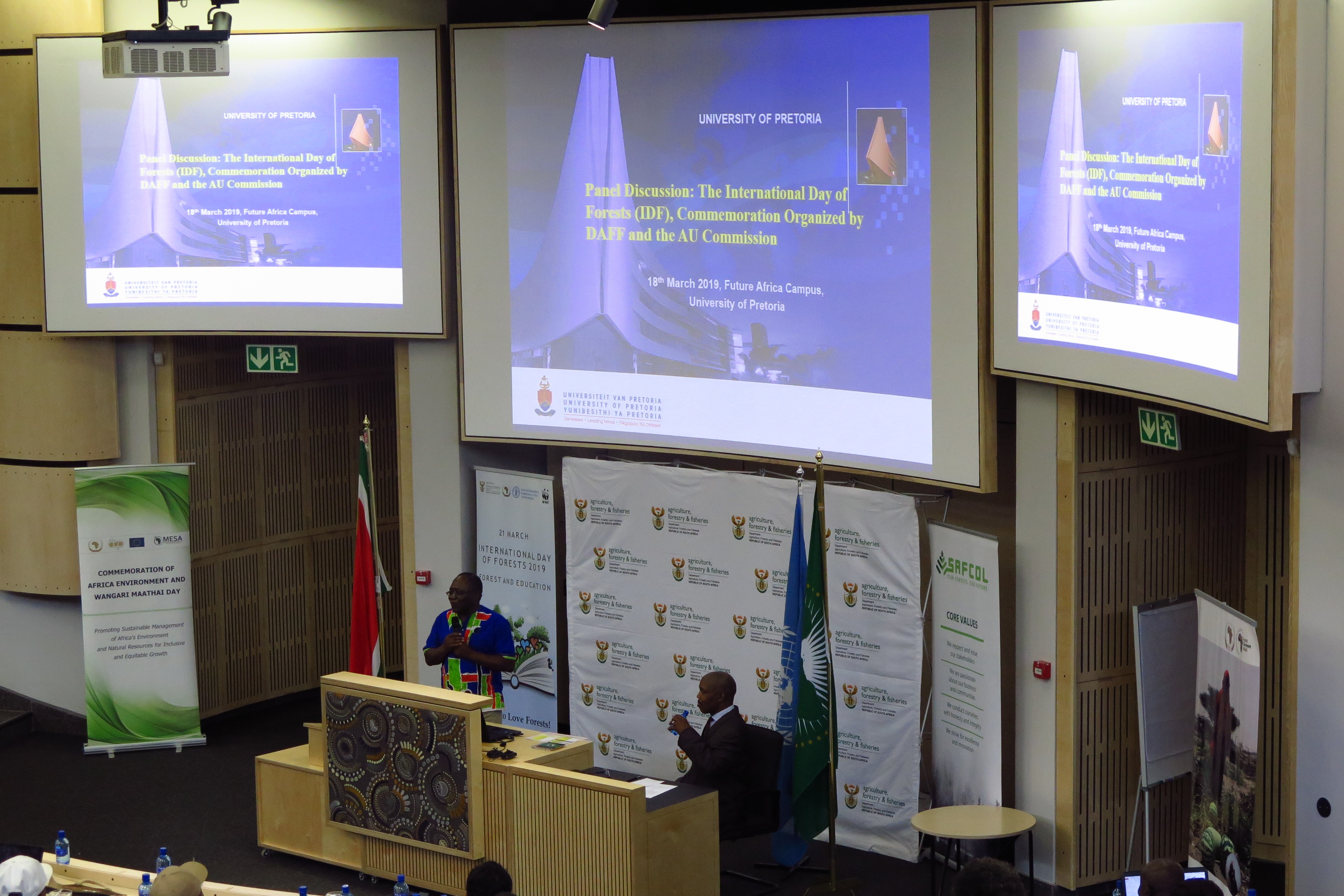 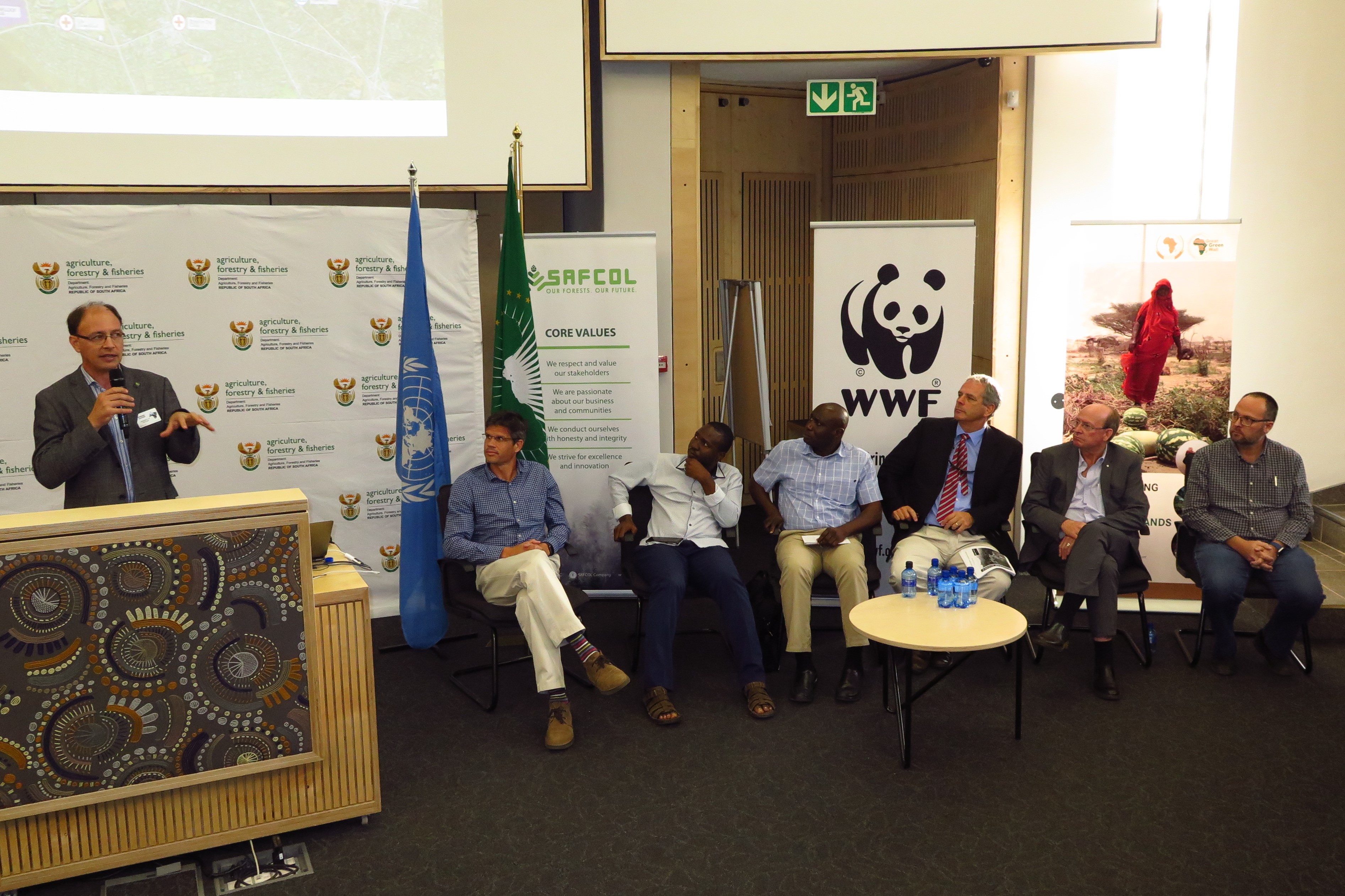 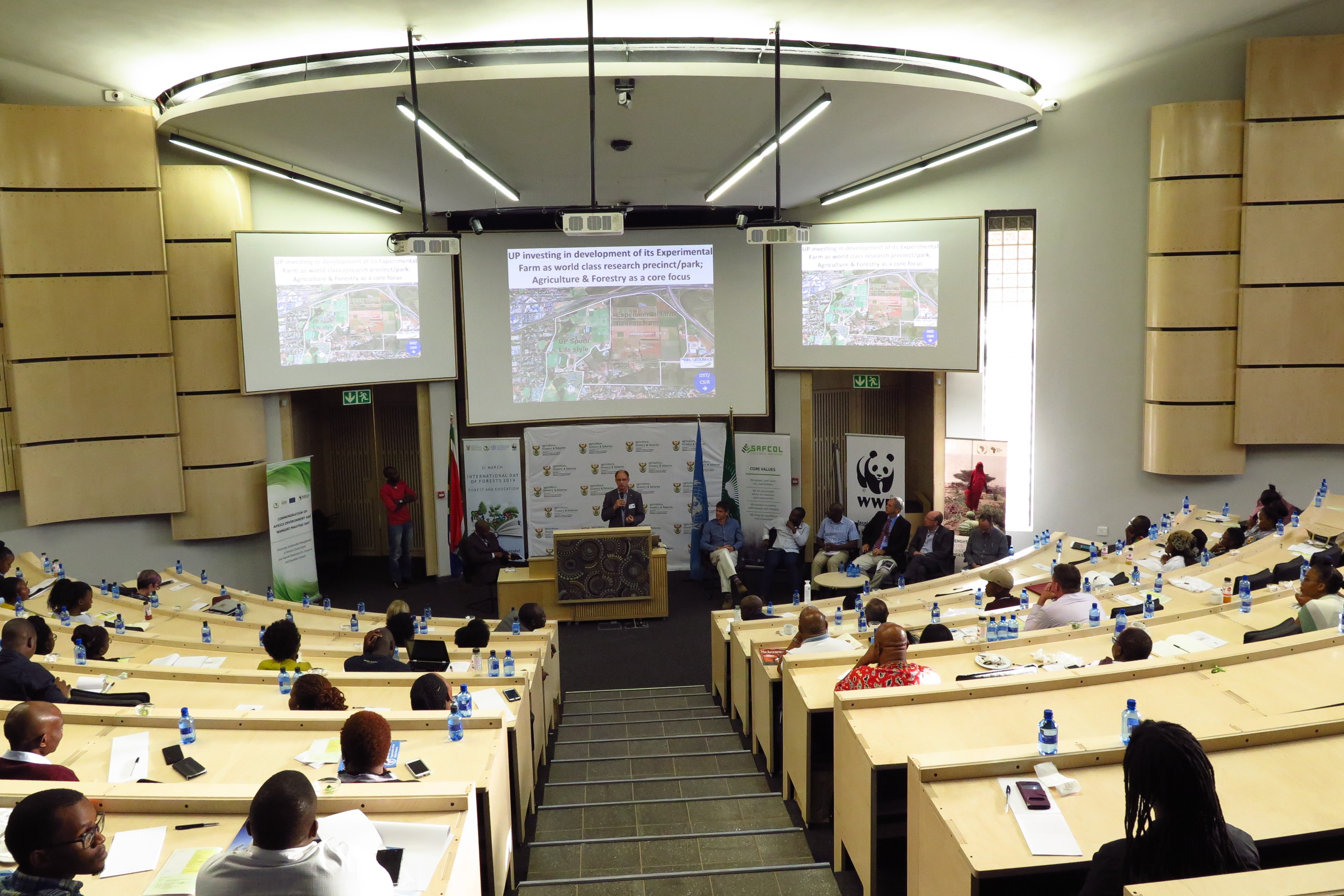 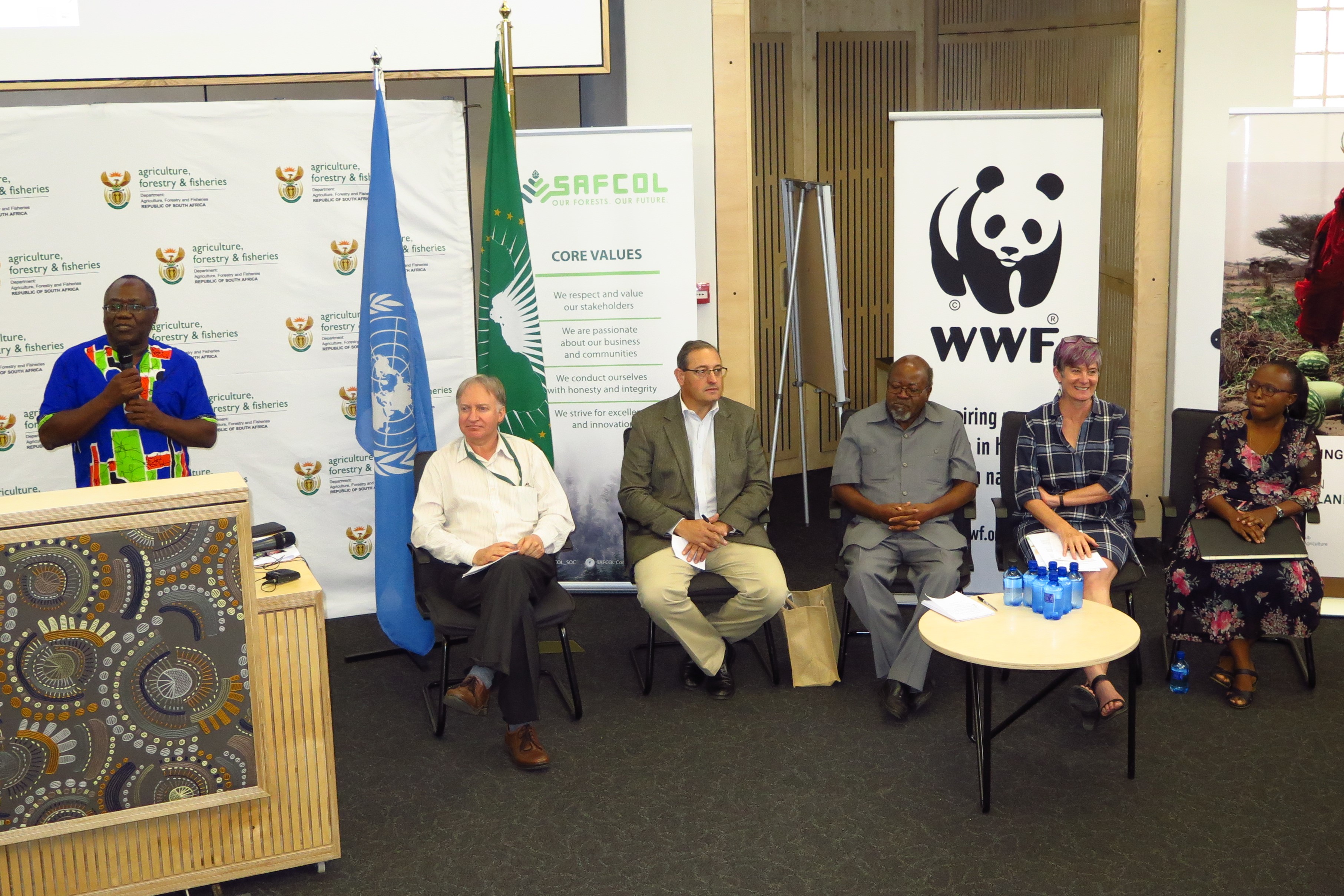 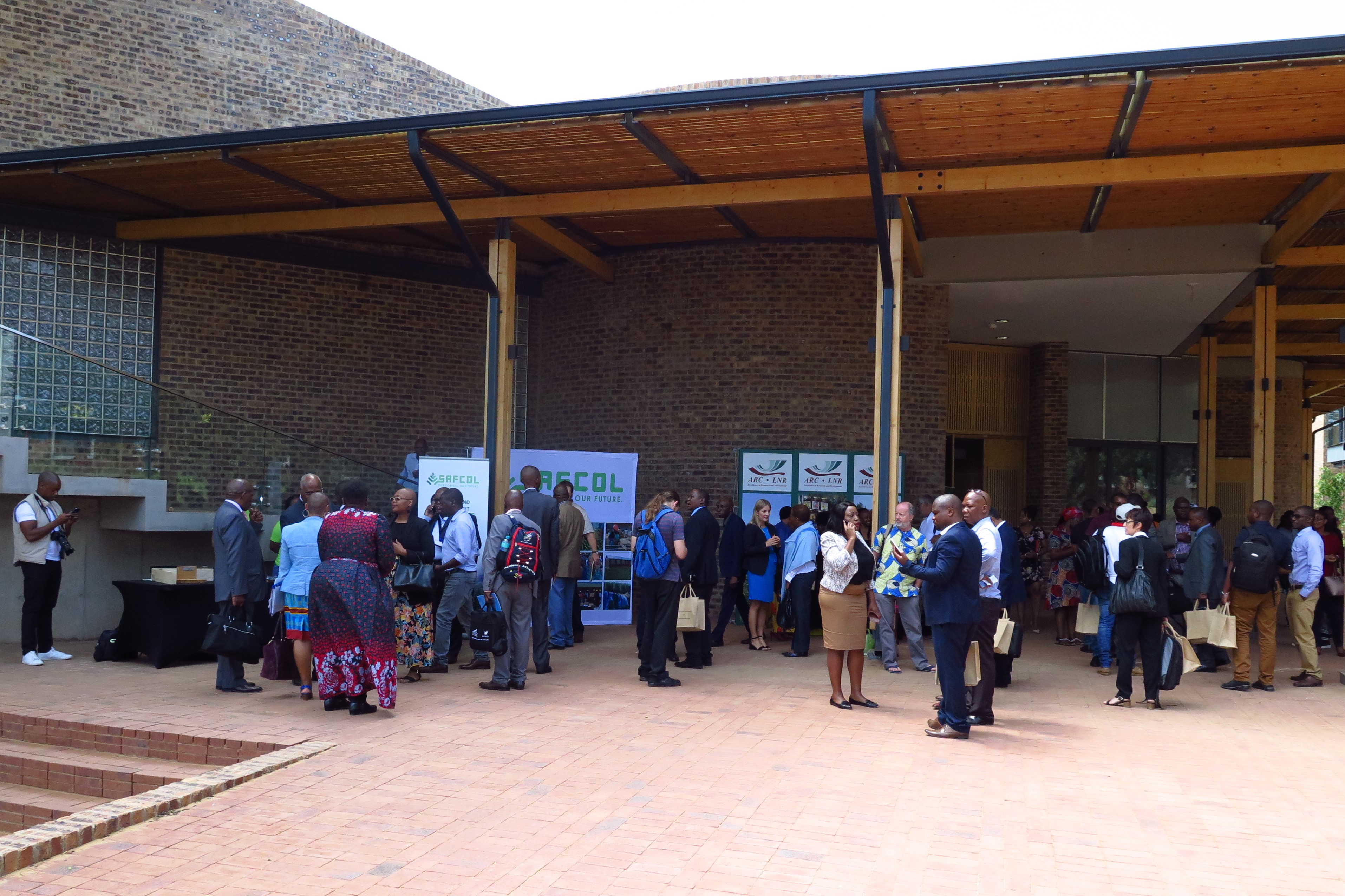 FABI Director Professor Bernard Slippers and FABI founding Director and current IUFRO President Prof Mike Wingfield were amongst the numerous speakers who addressed the theme “Forests and Education” at a symposium celebrating the International Day of Forests held at the University of Pretoria’s Future Africa Campus on 18 March.

The International Day of Forests celebration was organised by the Department of Agriculture, Forestry and Fisheries (DAFF) in partnership with the African Union (AU) Commission. The AU celebrates this annual event on 21 March in partnership with member countries to highlight the importance of forests, with the event held in a different country each year..

Professor Bernard Slippers spoke passionately on the new Future Africa Campus and its role in facilitating  collaboration between academics from across the globe but specifically from the African continent.  He also highlighted initiatives such as the Africa Science Leadership Programme (ASLP) to nurture young academic talent.

He also highlighted FABI’s achievements in promoting and ensuring forest health and supporting the local commercial forestry industry to limit the impact of pests and diseases. FABI has the largest single group of scientists worldwide working tr on tree health issues. Their r international collaboration and long running partnership with the domestic forestry industry has been an integral part of the Institute’s  growth and global impact.

Professor Wingfield spoke about forest health and the importance of IUFRO. IUFRO is the world’s oldest international scientific organization and one of its largest with over 18,000 members in 126 countries. He noted that the collective research of IUFRO’s members made a significant impact on tree health issues.

Addressing the theme of Forests and Education, Mike spoke about the partnership between IUFRO and the International Forestry Students’ Association (IFSA) that nurtures the future forest researchers. The IUFRO-IFSA Joint Task Force on Forest Education is a unique project bringing together the different perspectives of the educational environment. This Task Force sees non-governmental organisations, researchers and students working together to shape the future of forest education. Its activities also encourage the participation of students in IUFRO events.

Earlier in the day the Minister of Environmental Affairs planted a tree to mark the event.