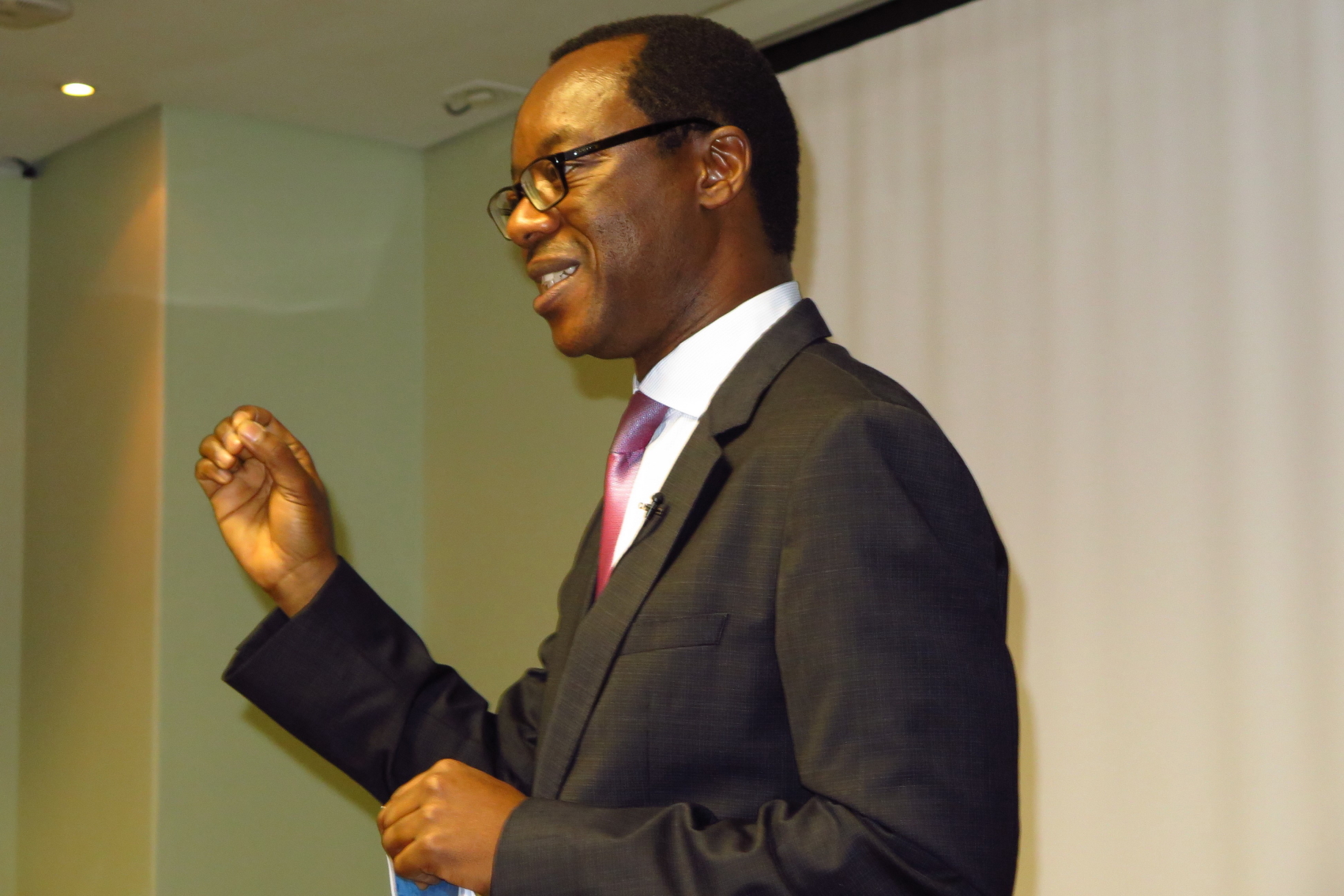 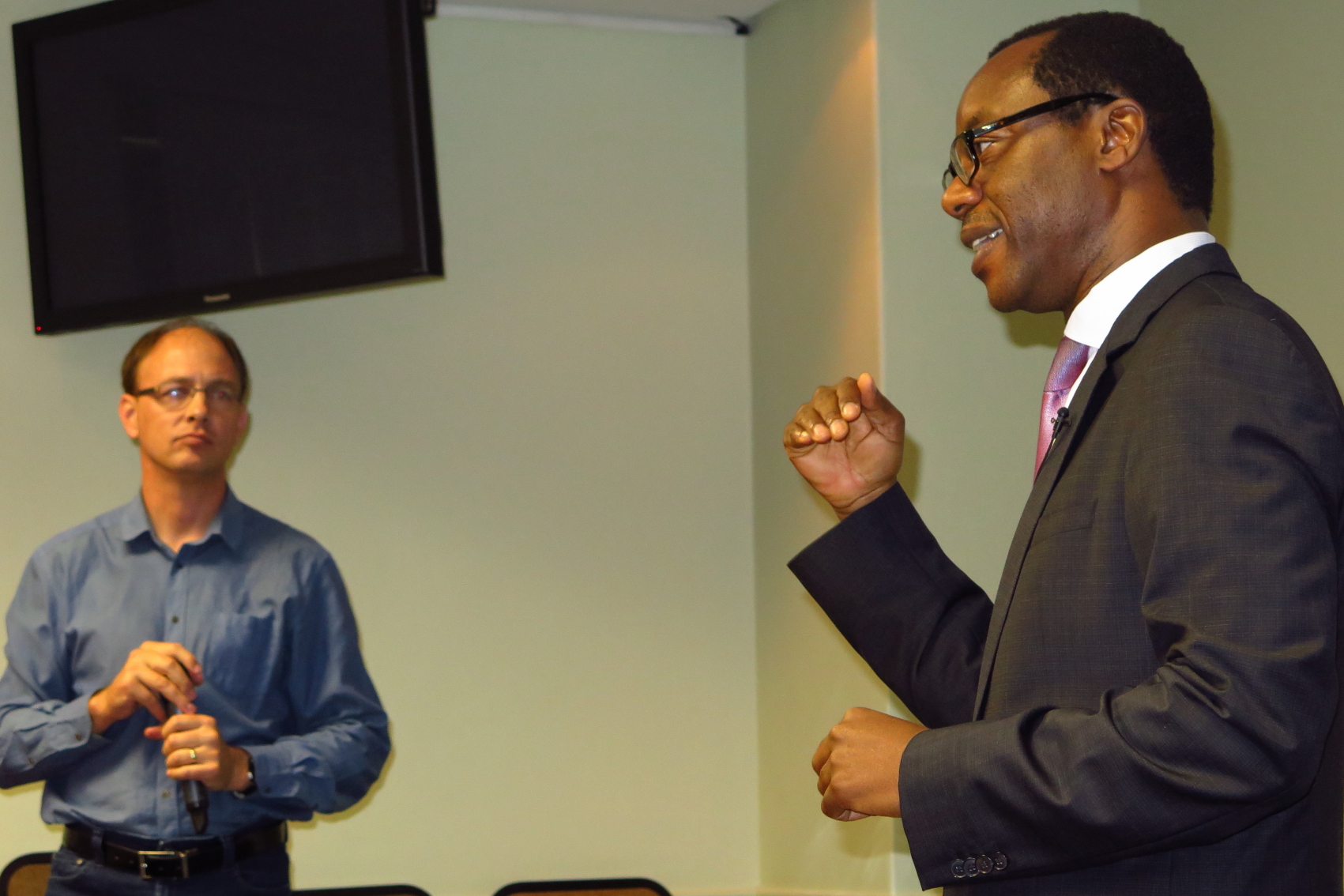 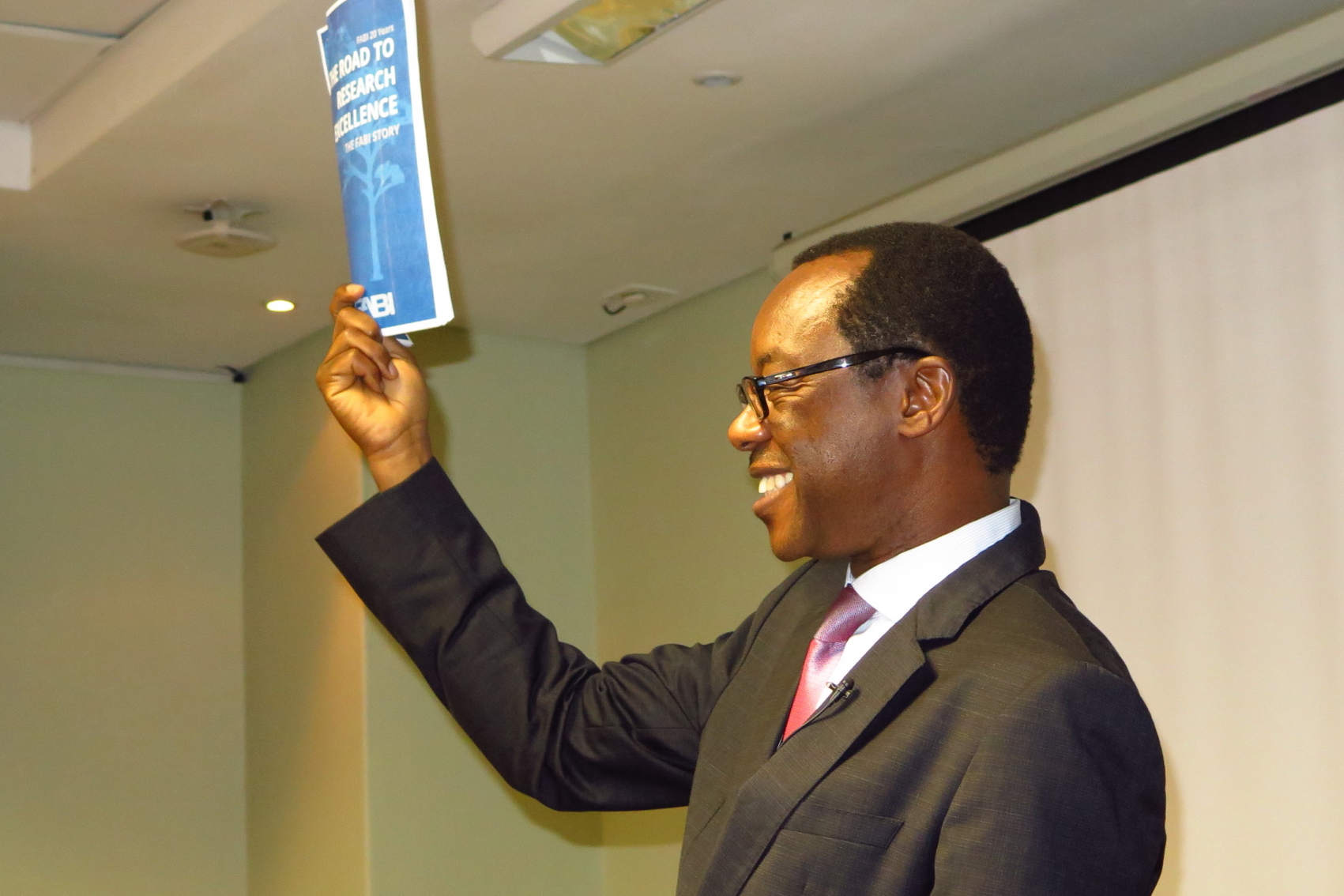 The University of Pretoria’s recently inaugurated Vice-Chancellor and Principal, Prof Tawana Kupe visited FABI on 1 April, addressing staff and students at the weekly Monday Morning Meeting. He joined UP on 14 January, so has been in office less than 90 days. FABI is thus privileged to be the first Institute at the University that he addressed at a staff and student meeting. He spoke of FABI’s success, his vision for the university and the priorities to ensure that UP remains a world-class University.

He reflected on the fact that FABI is one of, if not the biggest research Institute in the country and its success can be ascribed to its union of “Ideas, People and Resources”. Referring to the FABI 20 Story he said that FABI successfully harnessed these to grow into a world class and world leading institute. Professor Kupe reminded everyone present that it takes hard work to stay in the number one spot as you have no-one ahead of you to chase. And because of its excellent track record, other Faculties and institutions at the University can learn from the elements that contributed to FABI’s success.

Professor Kupe also spoke of the synergy between the newly-opened Future Africa Campus and FABI. “We need to repeat the FABI story but in reverse. FABI started at UP with no infrastructure but succeeded because of a driven team whereas Future Africa has buildings and infrastructure available but will rely on the hard work of current and future researchers to drive its success.” He described Universities as lifelong institutions built for future generations, and that we have an opportunity to contribute to something very special in growing FABI and Future Africa jointly.

He explained that as the largest residential and contact University in the country, it is important to reflect on the fact that UP gives access to many students. The challenge is being responsive to the community you serve, including an increasing demand for more access, but still maintain high international standards. This is especially true for postgraduate studies. Africa has a poor track record of postgraduate tertiary education and this is important to address, as it is the development space for new academics. FABI helps to address this by giving access to many postgraduate students - both local and foreign. FABI’s role in this regard is important in his vision to increase postgraduate students at the University to more than 30% of the total student number by 2025, to help address the shortage of postgraduate opportunities on the continent. He noted that scale is important to lend critical mass for a successful outcome.

Thanking Prof Kupe for his visit, FABI Director Prof Bernard Slippers said that FABI’s vision is aligned to his and ready to support him. He pointed out FABI is both an incubator for new researchers and research programmes, as well as an engine to help address the challenges of skills shortages in the country and the continent in world leading forestry and agricultural biotechnology research.