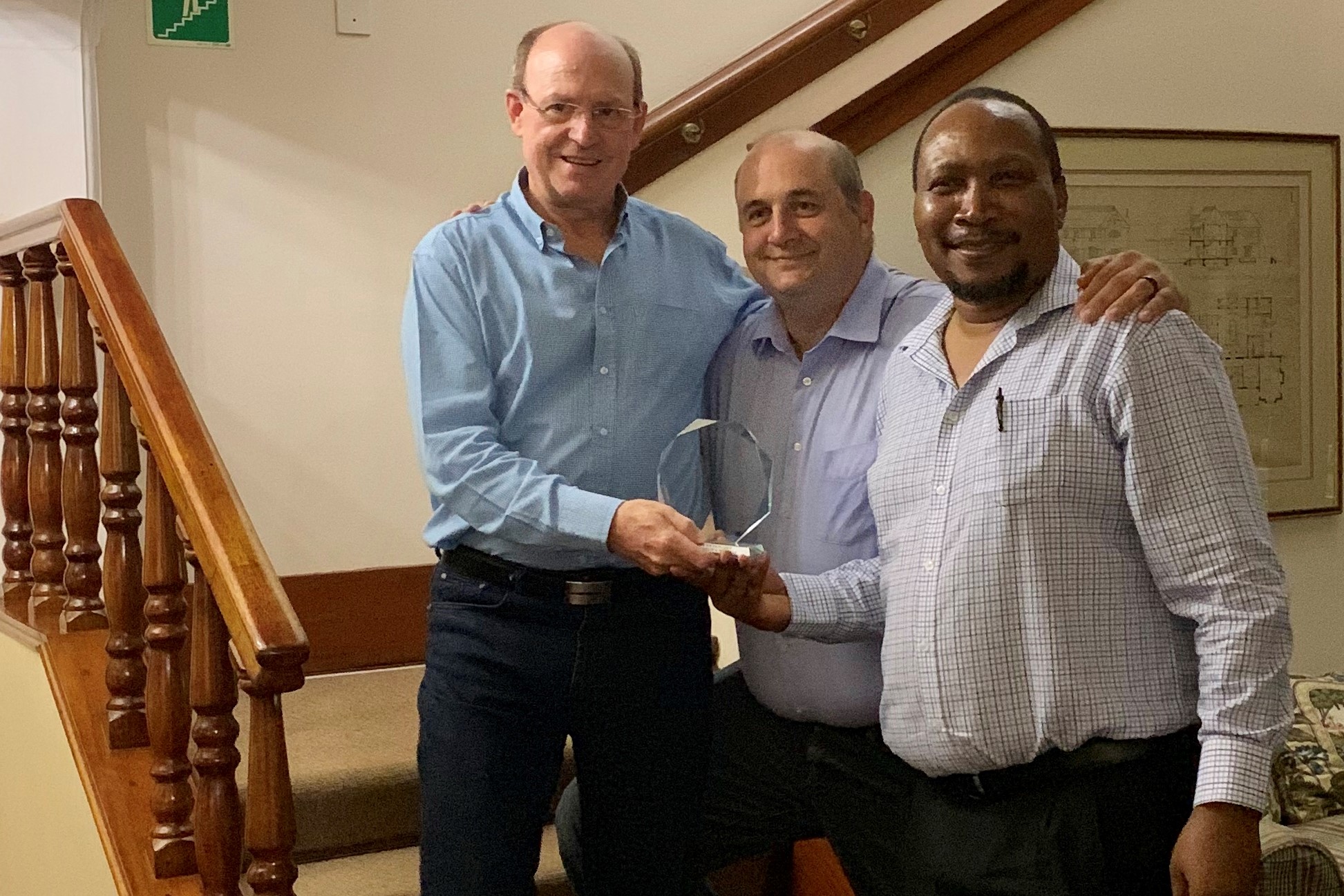 Mondi South Africa, part of the leading international paper and pulp company began its investment in the Mondi Chair in Forest Pathology in 1994. The Chair was established by then CEO Dr Tony Trahar who recognized the growing importance of pests and diseases to the South African forestry industry.  His vision was to provide significant seed funding to ensure that a substantial research base in forest protection would be established and that this would also contribute to human capacity development in this field.  At the end of 2018, the Mondi Chair had been in place for 25 years and during this time Prof. Mike Wingfield, past Director of FABI and the now globally-recognized Tree Protection Co-operative Programme (TPCP) filled the Chair.  This important initial investment formed part of remarkable “leverage model” that catalyzed new and relevant funding streams to support post graduate students initially at the University of the Free State and from 2018, at the University of Pretoria. The investment contributed deeply to the establishment of FABI in 2018 and later to the Department of Science and Technology awarding one of the first national Centres of Excellence (the DST-NRF Centre of Excellence in Tree Health Biotechnology (CTHB)) to FABI. That programme has now been running for 15 years and it too has contributed to the education of many M.Sc. and Ph.D. students from South Africa and many other countries of the world.

On Monday 17 April Mondi held a celebration at their Homeleigh Guest House in Kwambonmbi to recognize the contributions of the Mondi Chair in Forest Pathology.  Mr Themba Vilane, Managing Director: Land and Forestry at Mondi spoke enthusiastically about the many contributions made by Prof. Mike Wingfield to forest health research and student education. Amongst his congratulatory remarks he noted that just as one example the new Director of FABI Prof Bernard Slippers had gained his post graduate education as part of this remarkable programme.  He said that “Mondi is incredibly proud to have made this contribution to research and education in South Africa and globally.  As part of the ceremony, he presented Prof. Wingfield with the Mondi CEO Award for Excellence and conveyed the greetings and thanks of Mondi South Africa CEO Viv McMenamin.  In his response, Mike thanked Mondi, his many friends and colleagues in Mondi and recognized the deep contributions made by the many students and academics that have contributed to his career and to the building of the world’s single largest programme in tree health.