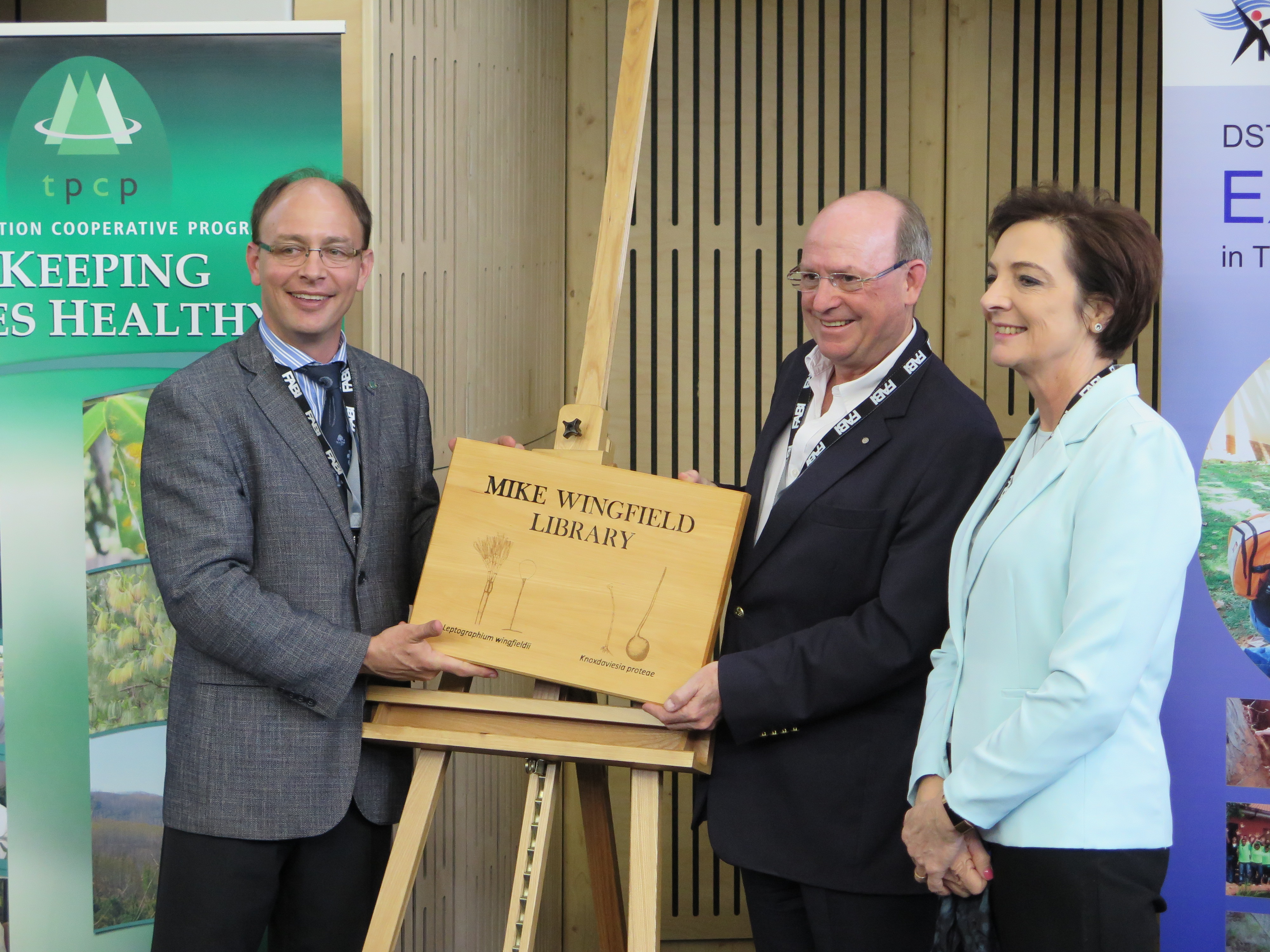 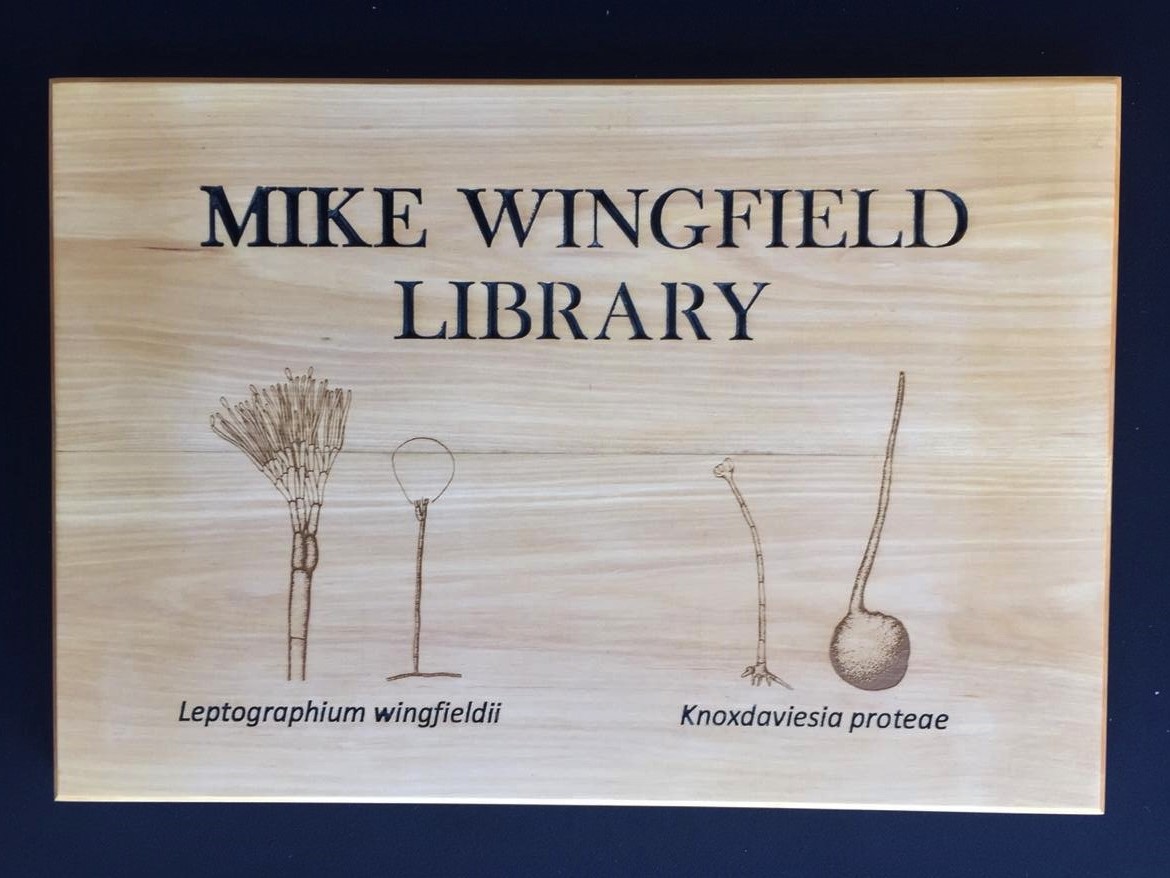 FABI is now home to the Mike Wingfield Library, a collection of more than 1300 books donated to the FABI Archive by Profs Mike and Brenda Wingfield. FABI Director Prof. Bernard Slippers presented the plaque to the library to Prof. Mike Wingfield on 14 May at the 30th annual meeting of the Tree Protection Co-operative Programme on the University of Pretoria’s Future Africa campus.

The plaque has engravings of two fungi that are significant to Prof. Wingfield’s illustrious career as a mycologist. One is Leptographium wingfieldii, a blue-staining fungus associated with beetles that attack Pinus species that was named after Mike by a European colleague. The second fungus on the engraving is Knoxdaviesia proteae, the first of many ophiostomatoid fungi to be described from native Protea spp. by Mike, and named after Mike’s MSc supervisor at the University of Stellenbosch, Prof. Peter Knox-Davies.

Prof. Slippers presented the plaque as a token of appreciation to Mike’s leadership and illustrious contribution to the TPCP over the years. The collection is open to students in the Institute.