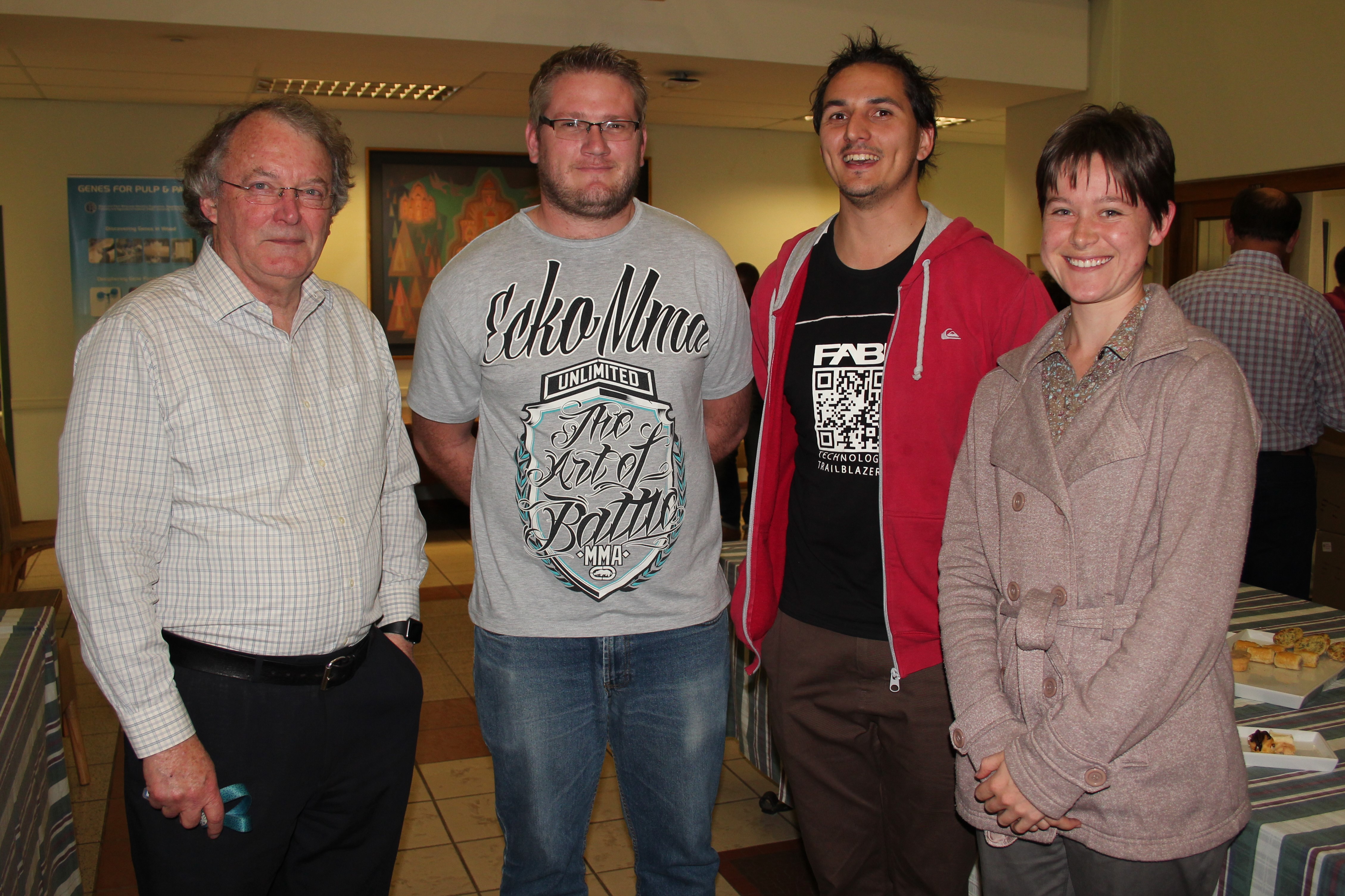 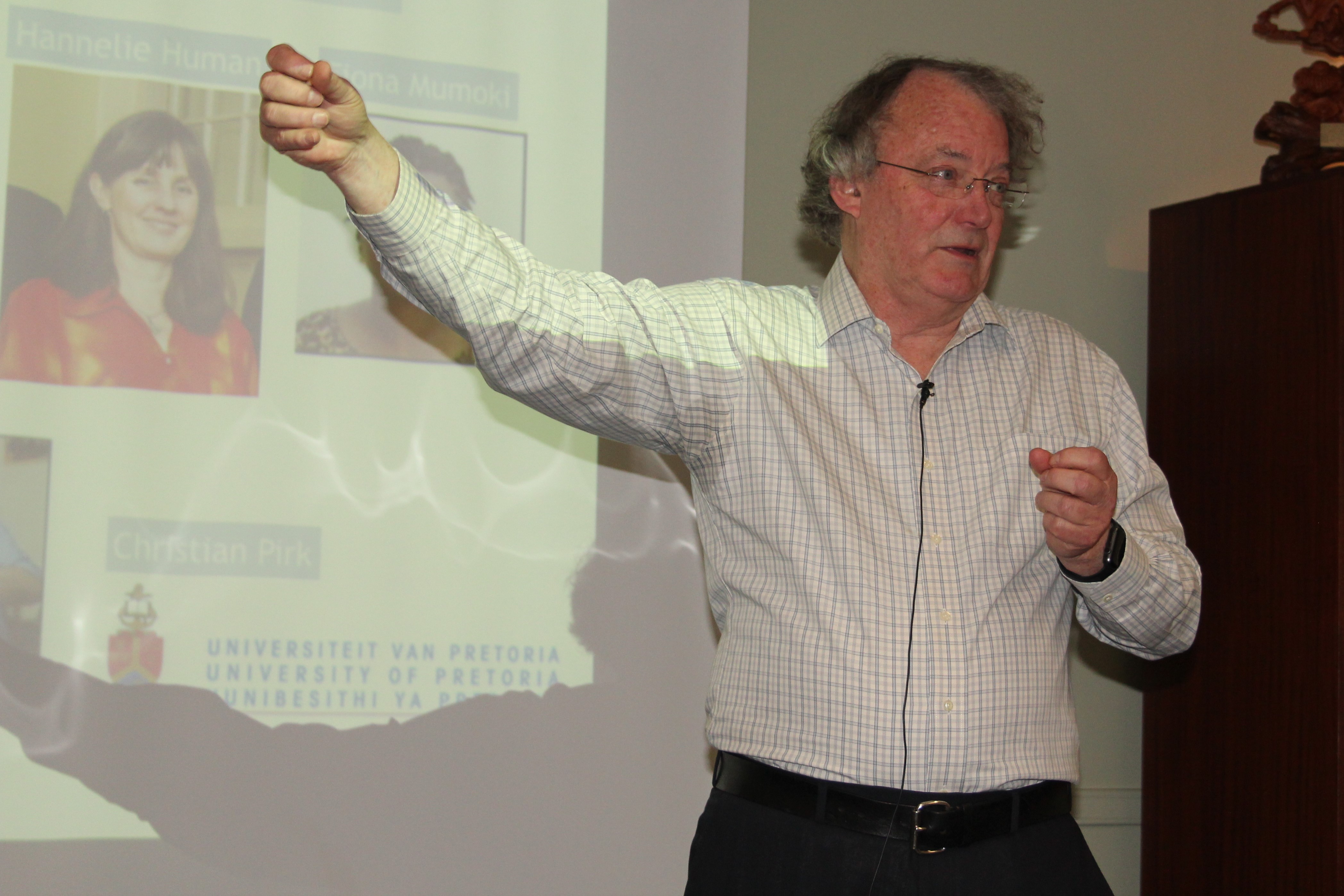 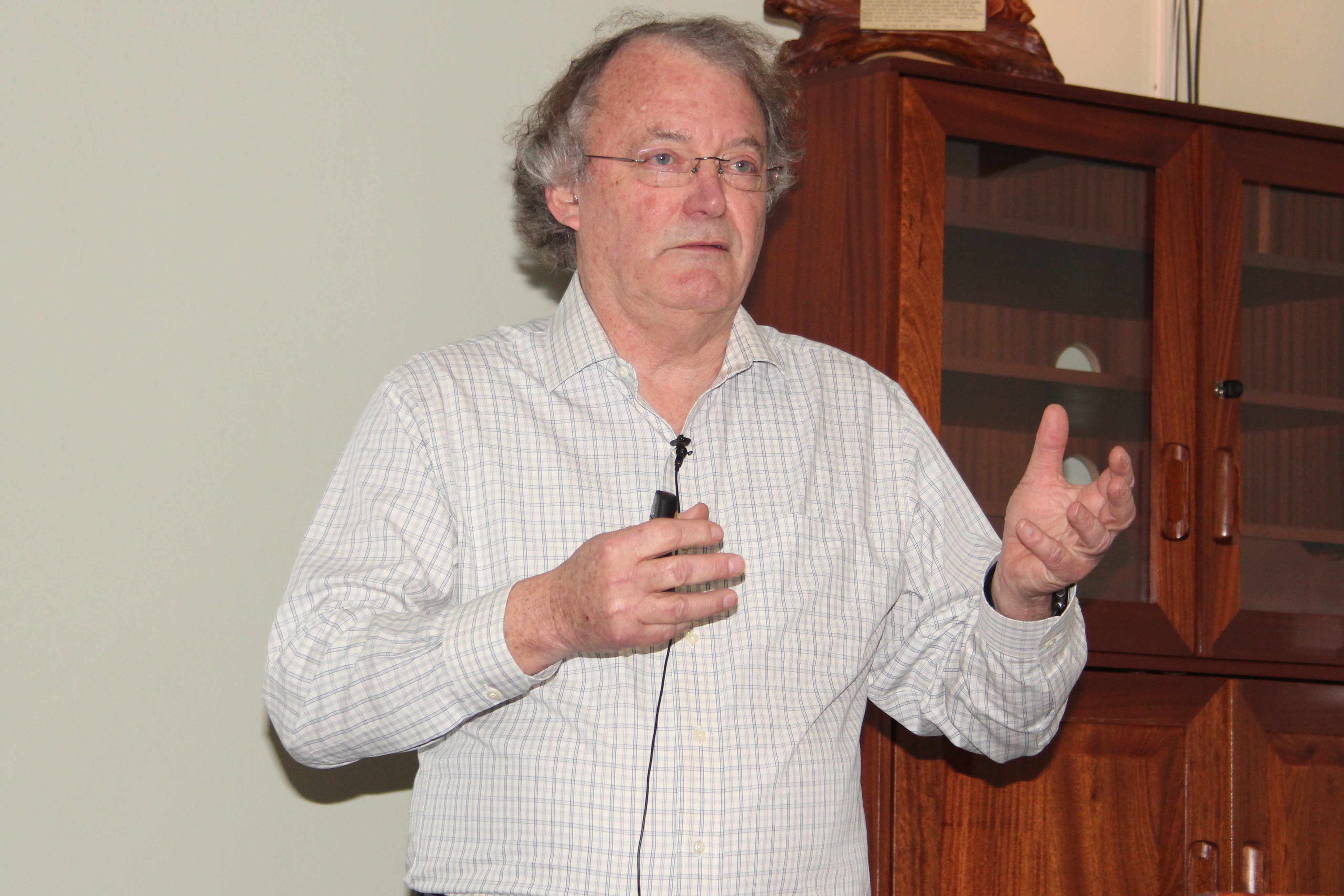 Professor Robin Crewe, a world-renowned expert on bees, presented a special seminar on the behaviour of individual members of a bee colony at FABI on 7 August. Professor Crewe is a Senior Research Fellow in the Social Insects Research Group at the University of Pretoria’s Department of Zoology and Entomology. The National Science and Technology Forum honoured Prof Crewe with the Contribution over a Lifetime Award in June. Titled “The dark side of the Feminine Monarchy: Individual behaviour in honey bees”, his seminar profiled the different members of a colony and their individual roles in the running of the colony.

Historically, he explained, bee behaviour was described in anthropomorphic terms and studies tended to focus on the colony as a “super organism”. Prof Crewe showed how molecular genetic techniques contributed to understanding how individual behaviour affects colony fitness or in the case of the Cape honeybee, its demise. With her large ovaries, the queen in the colony lays up to 2000 eggs a day and has control over the sex of the offspring using chemical signalling cues. She also emits chemical signals that attracts drones (whose mission is to find a receptive queen and to mate with her) and regulates the workers (whose reduced ovaries limit reproduction) who are responsible for activities such as foraging and guarding the colony.

Prof. Crewe explained how a genetic mutation in Cape honeybees has resulted in individual worker bees invading colonies without queens, reproducing and laying eggs and thereby acting as “false queens”. This results in the colony dying out because the worker bees neglect the work necessary to maintain it.