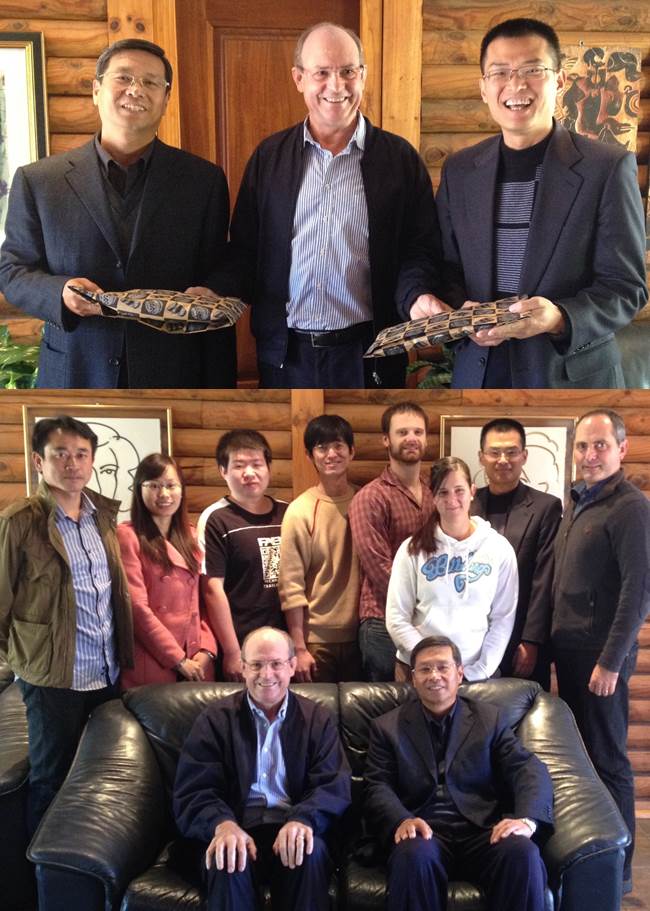 Since the establishment of FABI in 1998, the institute has been involved in various collaborations with China and Chinese scholars. The first postdoctoral students from China joined FABI in 1998, and the first PhD student from China in FABI, XuDong Zhou, graduated in 2003. Since then the relationship has grown, several collateral research projects and visits have taken place, and more than 20 research papers have been published together. Several Chinese graduates from FABI have returned to China and are making an impact in the scientific community there. FABI has an especially strong link with the China Eucalypt Research Centre (CERC), in the manifestation of the CERC-FABI Tree Protection Programme (CFTPP).

Over the years, FABI's involvement in China has also been generously supported by both the Chinese and South African governments (via the National Research Foundation). We have had particularly good support from the officials in the Division Science and Technology of the Chinese Embassy in Pretoria. During the past week research leaders and students in FABI whose projects are linked with forestry disease problems in China, met with Councelor Wei Huang and Second Secretary HongBo Ren from the Division Science and Technology. The meeting took place in FABI and the aim was to explore future collaborations and possible funding mechanisms for bilateral research projects. The FABIans were excited and positive about the prospect of continuing collaborations with China in the longer term.