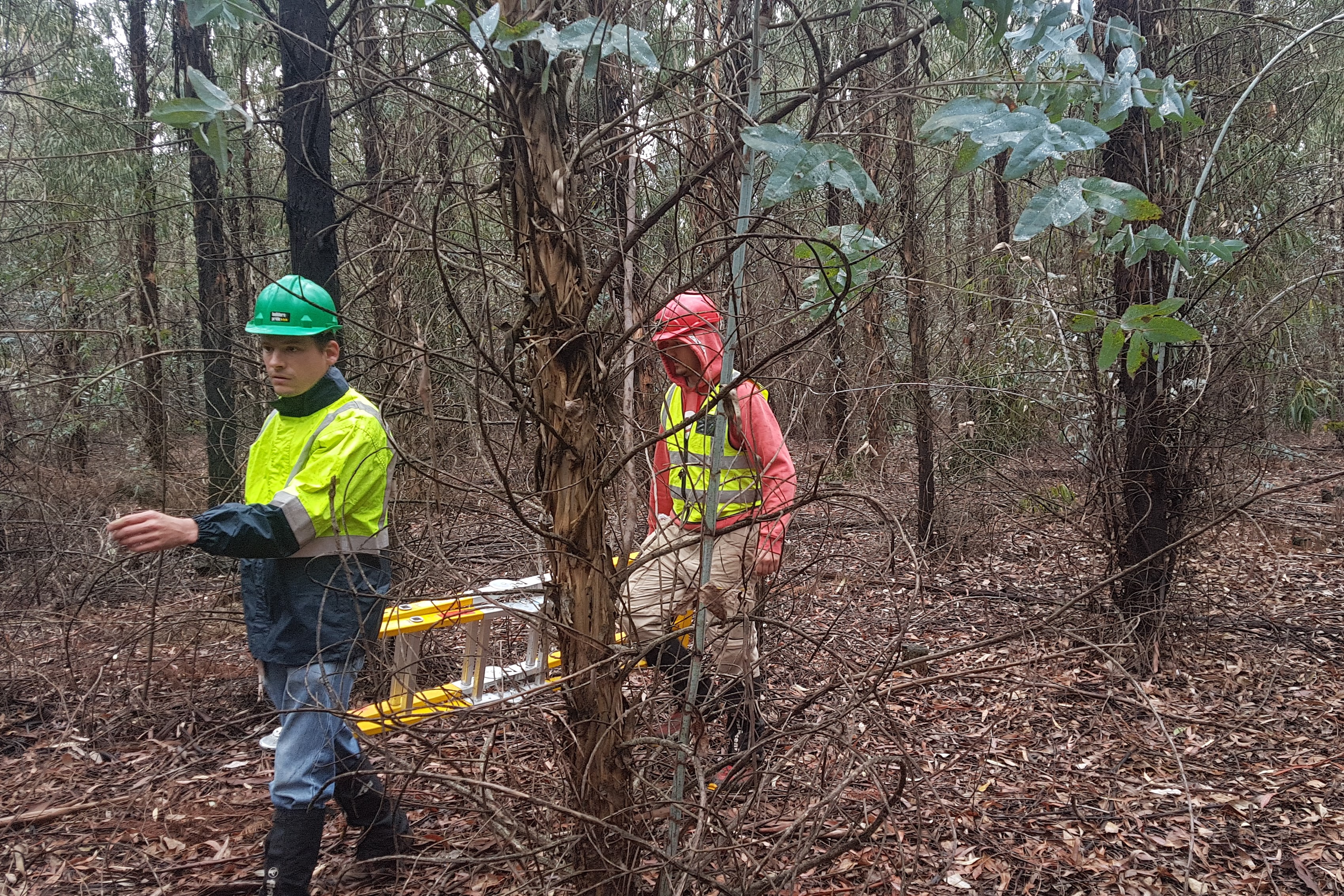 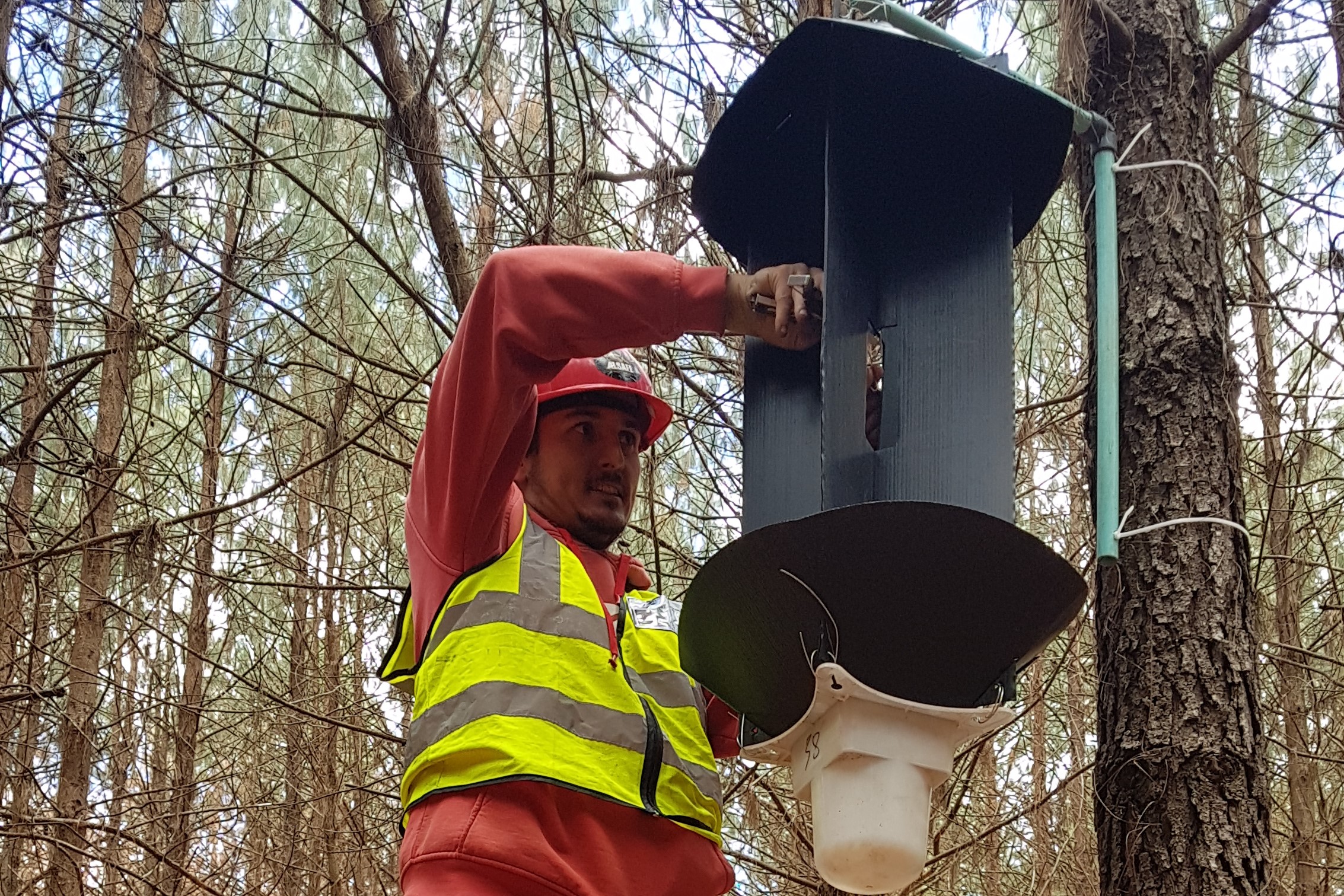 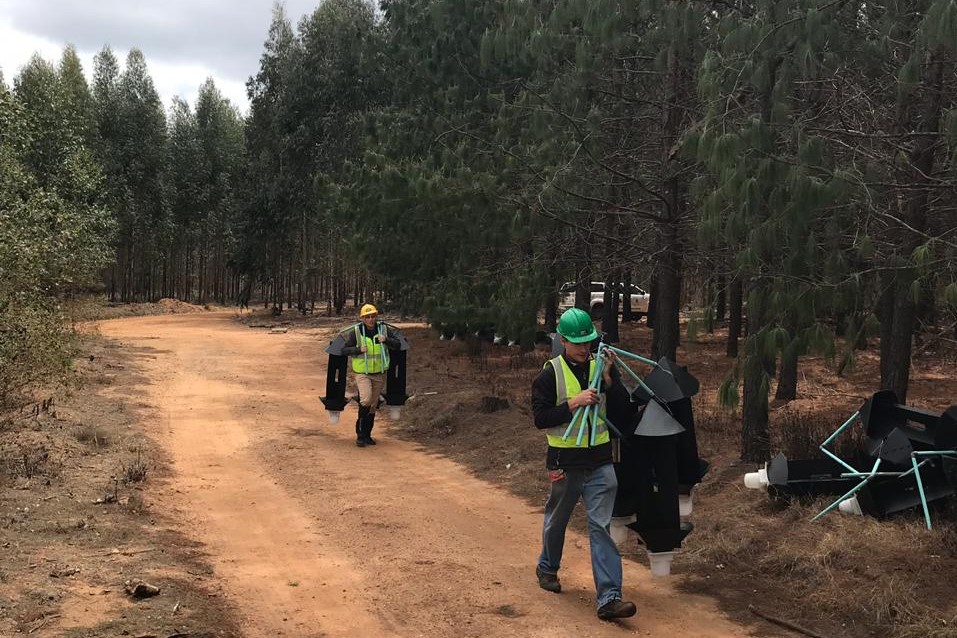 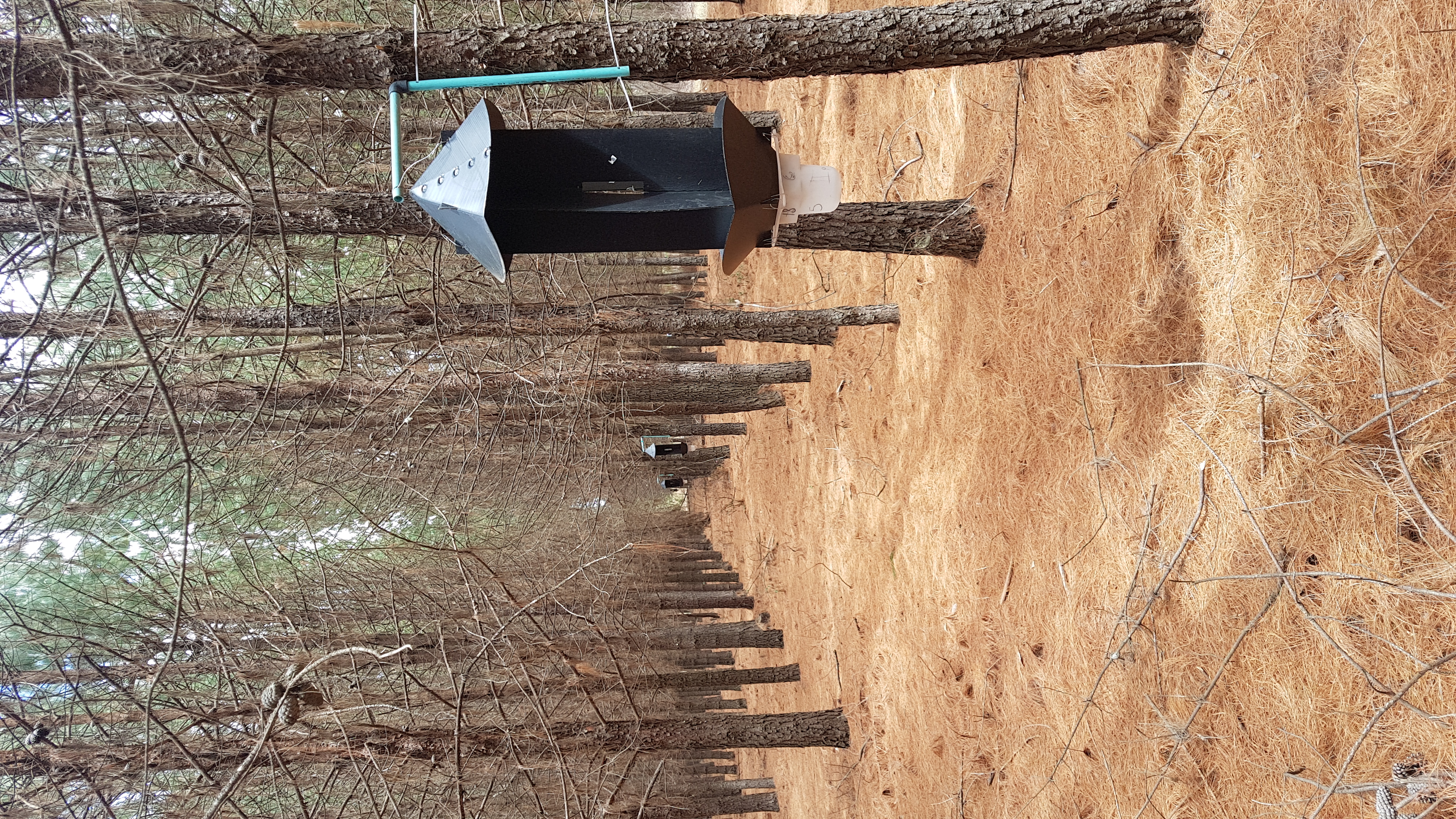 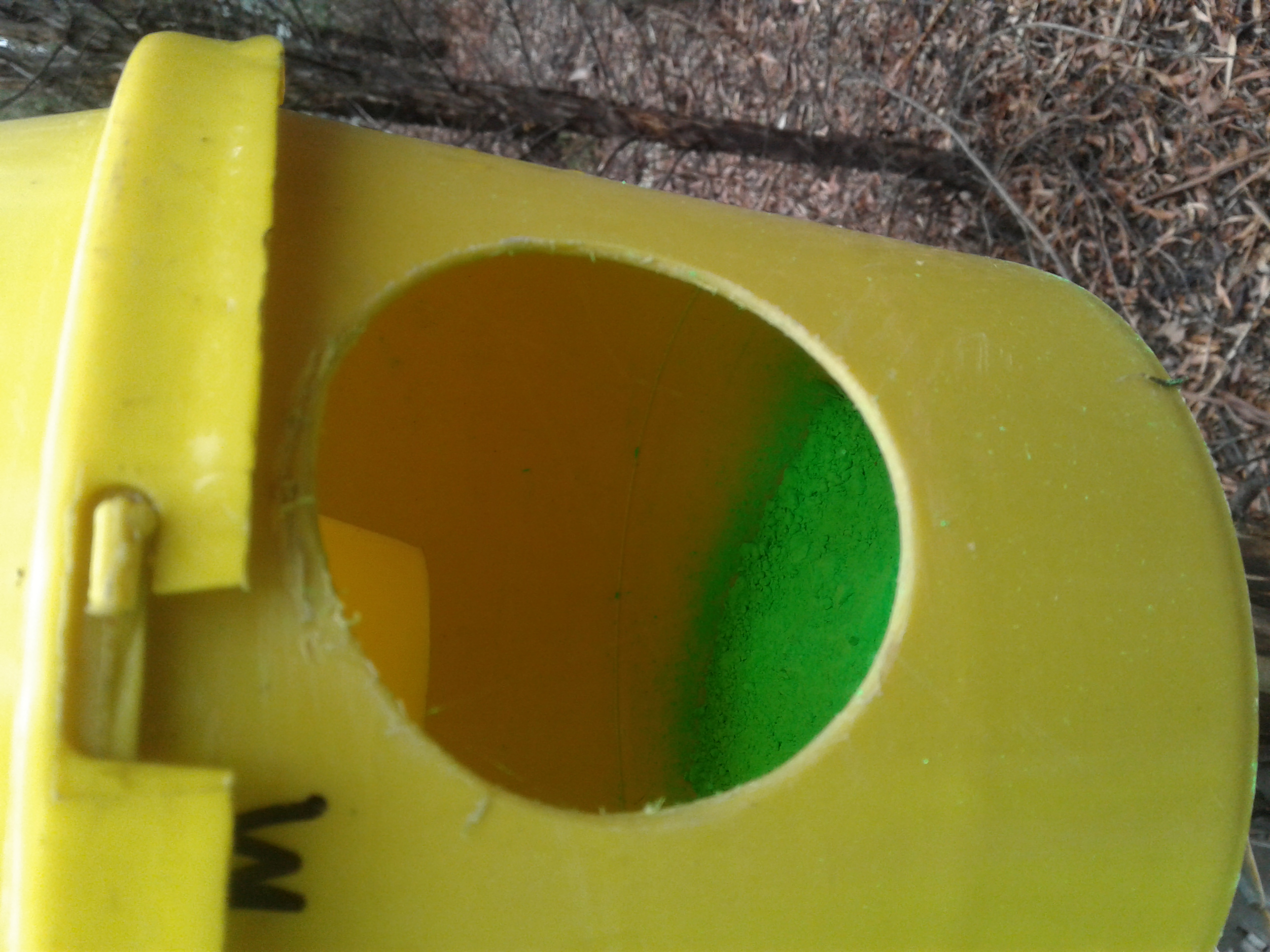 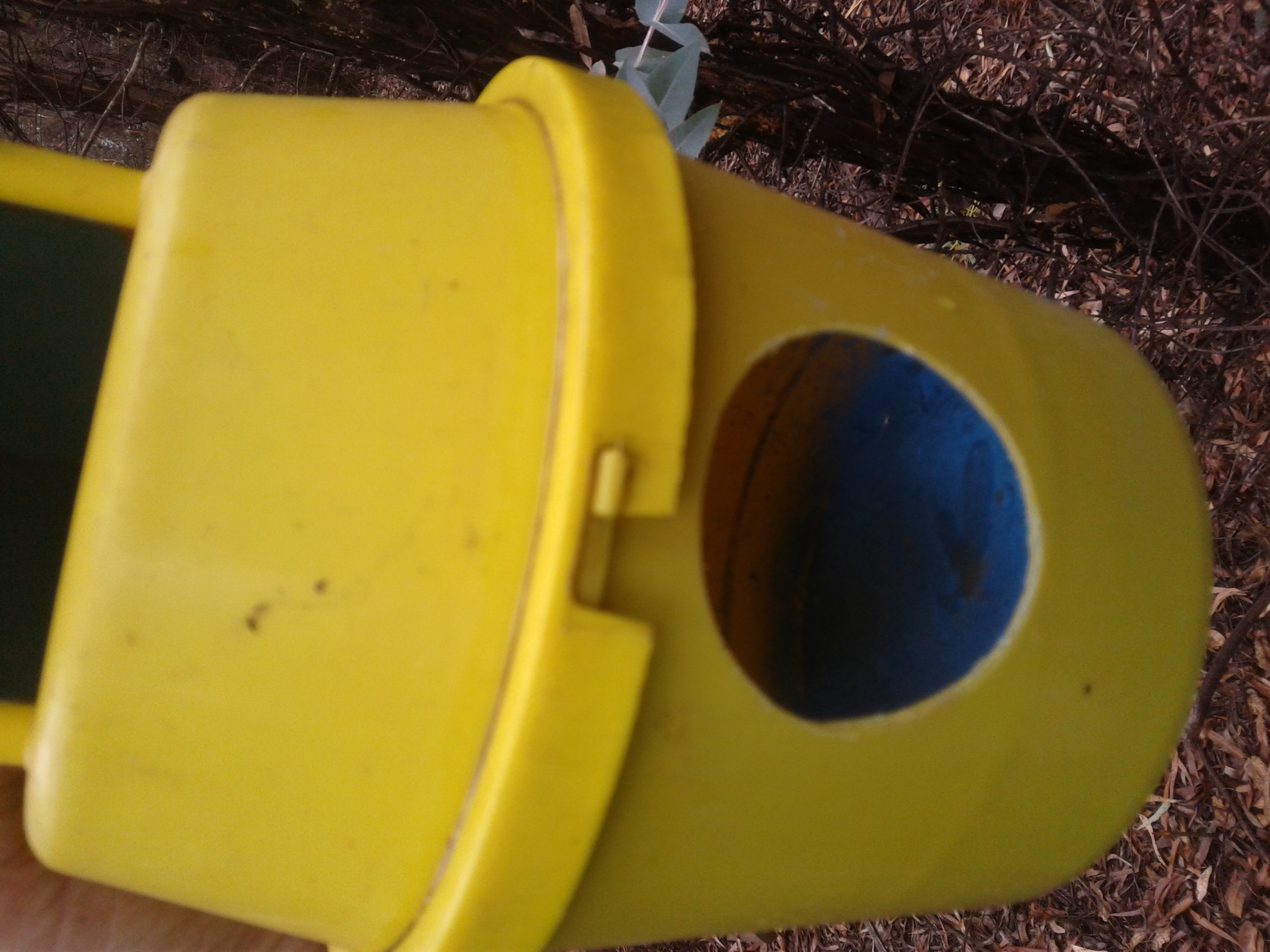 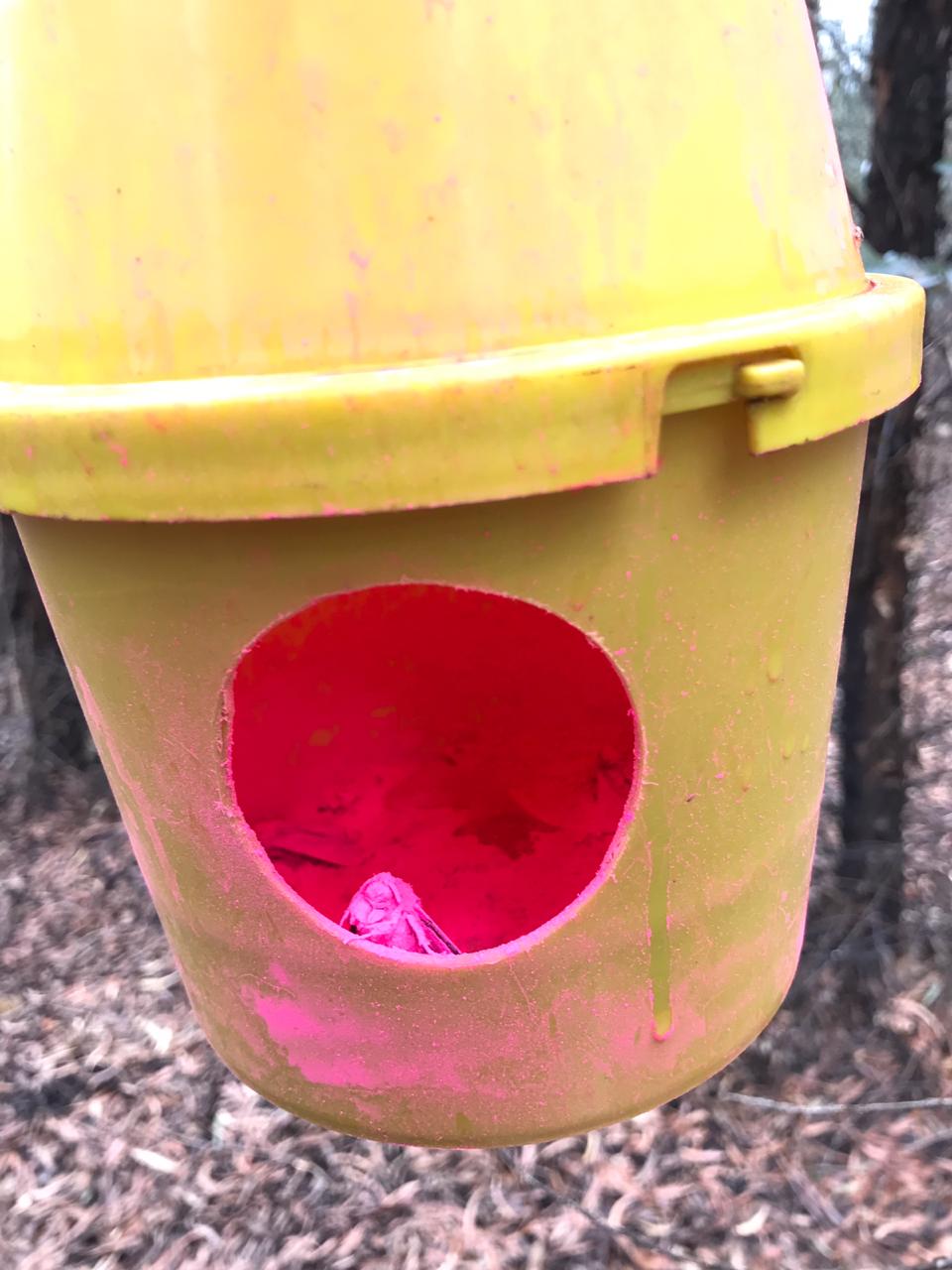 Work at FABI in the area of applied chemical ecology for insect pest management and monitoring continues to grow. There are a number of exciting projects planned for the coming adult flight seasons of various insect-pests-of-concern to South African forestry.

A pheromone trapping trial was setup during 16-17 September 2019 near Lothair. The trial aims to determine how males of the cossid moth, Coryphodema tristis, prefer or “choose” female pheromone blends. The logic behind the trial relies on a preference distribution present either in the individual moths or in the population as whole. The hypothesis is that the preference is a function of the population rather than the individuals. The trial will run until the end of October 2019.

The pine emperor moth’s, Nudaurelia clarki, pheromone is perhaps potent enough to use for mating disruption of the species. We will be setting up trials to prove “trap shutdown” during Feb-March 2020 in Bulwer. Two sites will iterate between two states. A state where traps are only present as the control treatment and a state where traps and additional pheromone lures are present, the test treatment. If mating disruption will work for pine emperor moth, then traps will experience some level of “trap shutdown” in the test treatment.

A tentative identity for a pheromone of the pine browntail moth, Euproctis terminalis, has been made at FABI. The tentative pheromone needs to be tested in the field. We will be setting up trials to see if we can capture males during February – March 2020. We will additionally test two trap designs: a delta trap and the yellow bucket funnel trap. Traps will be deployed near Barberton. If the pheromone was correctly elucidated, then we expect to capture male E. terminalis in treatment traps.

Two new odour compounds have been detected in samples from the males of the European woodwasp, Sirex noctilio. These compounds showed promising results during electro-antennography experiments at FABI. A field trial was deployed in a pine plantation in Hlelo near Piet Retief to test different blends of the odour compounds. Hopefully one of the odour blends will capture more S. noctilio than the control treatment.

Pheromones and kairomones of other insect pests species in both forestry and agriculture are also under investigation, but not yet at a stage where they can be tested in the field. But watch this space!