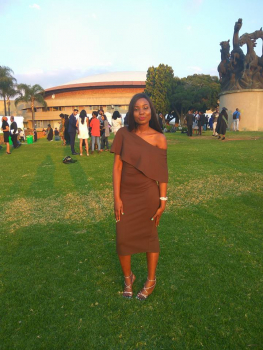 My research project which I was introduced to it in my Honours year (2016, University of Pretoria) is about the identification and characterization of volatile chemical compounds (Fusel alcohols and fusel acetate) in fungi of the family Ceratocystidaceae.

We believe that fungi in Ceratocystidaceae family have a high potential of producing this chemical compounds. This hypothesis is supported by the fruity smell they produce. I searched the sequenced genomes of fungi in this family using yeast genes as a reference and can show that they contain the bio-synthetic genes encoding the biosynthesis pathway for these volatiles.