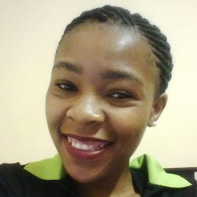 I am currently an MSc Agric. student in Plant Pathology programme specialising in Seed Science and Pathology at the University of Pretoria. My project is under the Center of Excellence supervised by Prof T. Aveling. My MSc is focused on the “quality of on-farm-saved seeds: Red Speckled beans (Phaselous vulgaris L.) produced by subsistence farmers in KwaZulu Natal, South Africa”. The aim of this project is to evaluate the viability and vigour of on-farm-saved seeds (dry beans) as well as to screen for any seed-borne fungi present on the seeds. The study further aims at analysing mycotoxins from mycotoxin-producing fungi associated with farm-saved dry bean seeds.

I obtained my BSc Agric. Plant Pathology degree the University of Pretoria in 2016 and then continued with my Masters under the same sub-division in Plant and Soil Sciences specialising in Seed Sciences and Pathology. My honours project included “Seed-borne fungi associated with Black Wattle (Acacia mearnsii) seed in South Africa and their control using non-chemical seed treatments”, which incorporated Forestry pathology and Seed Sciences.