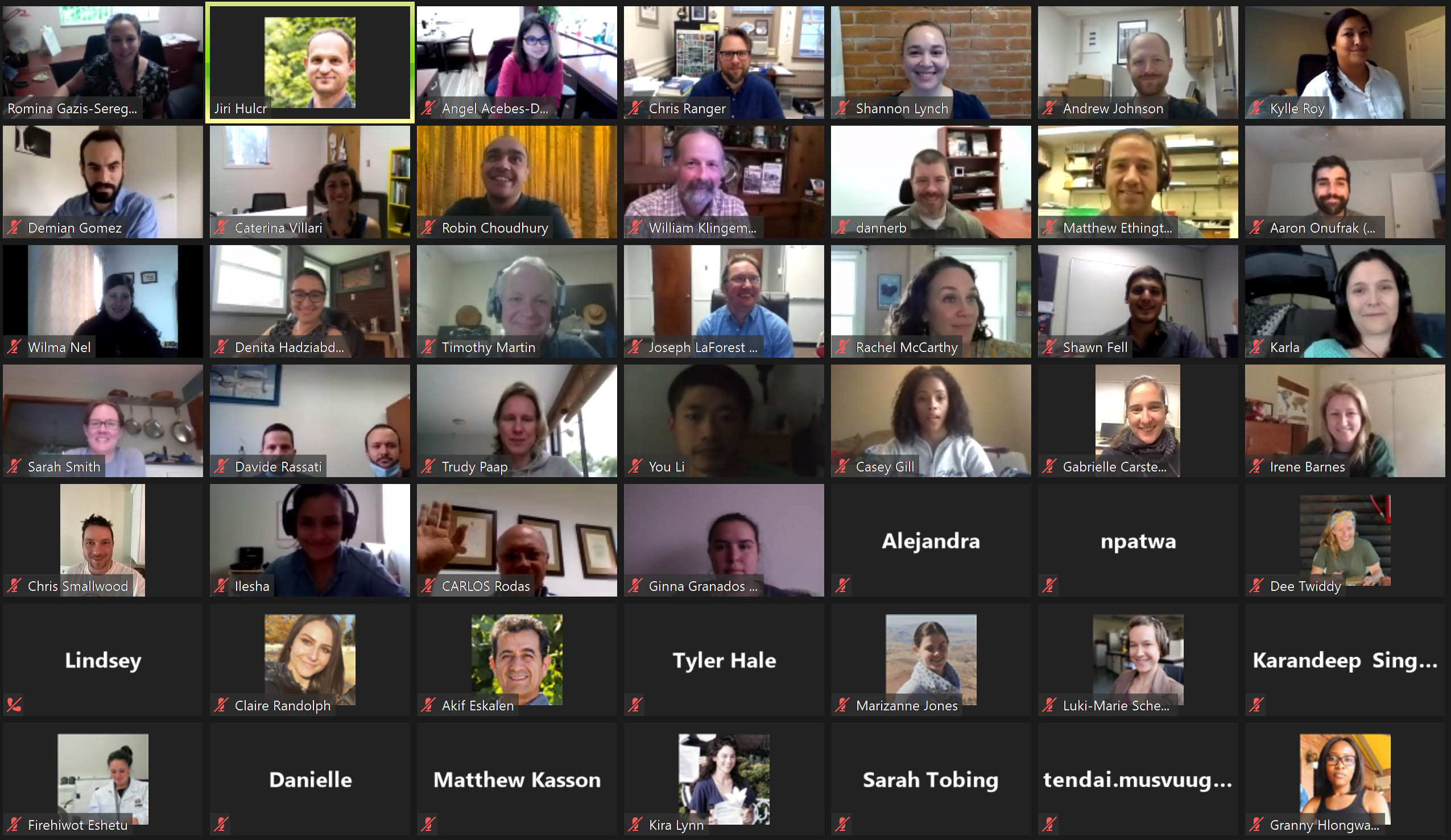 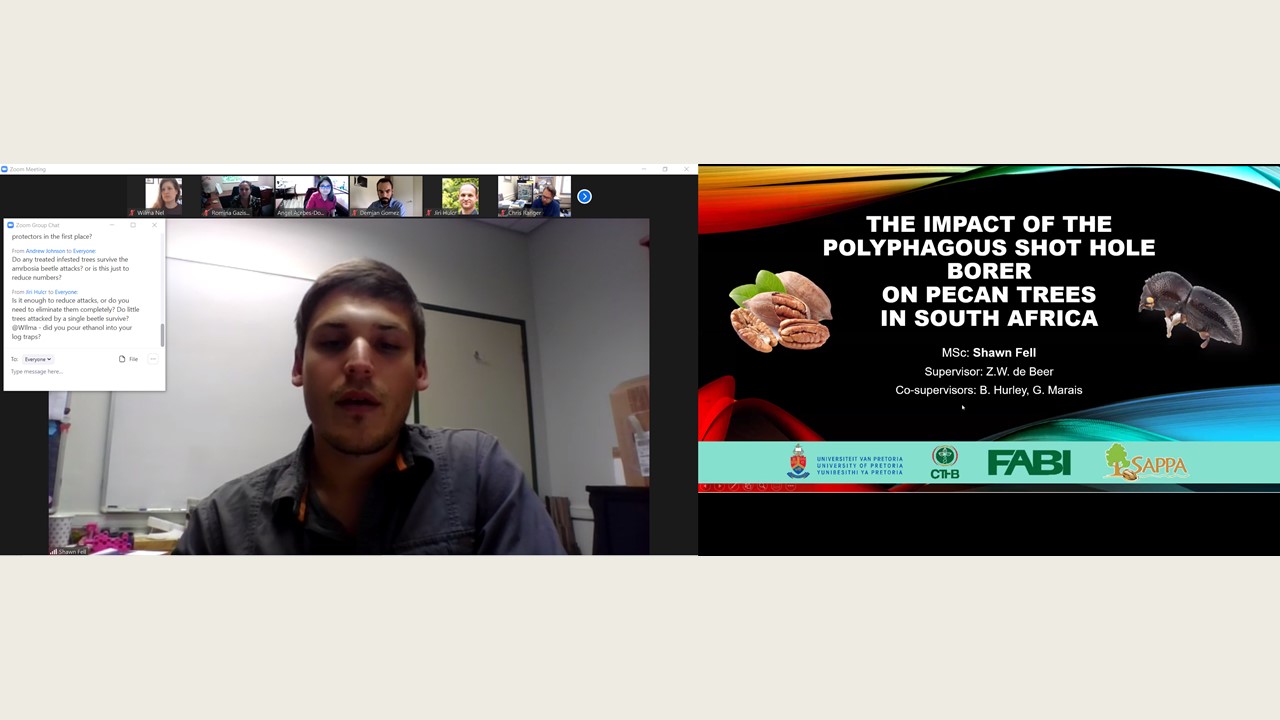 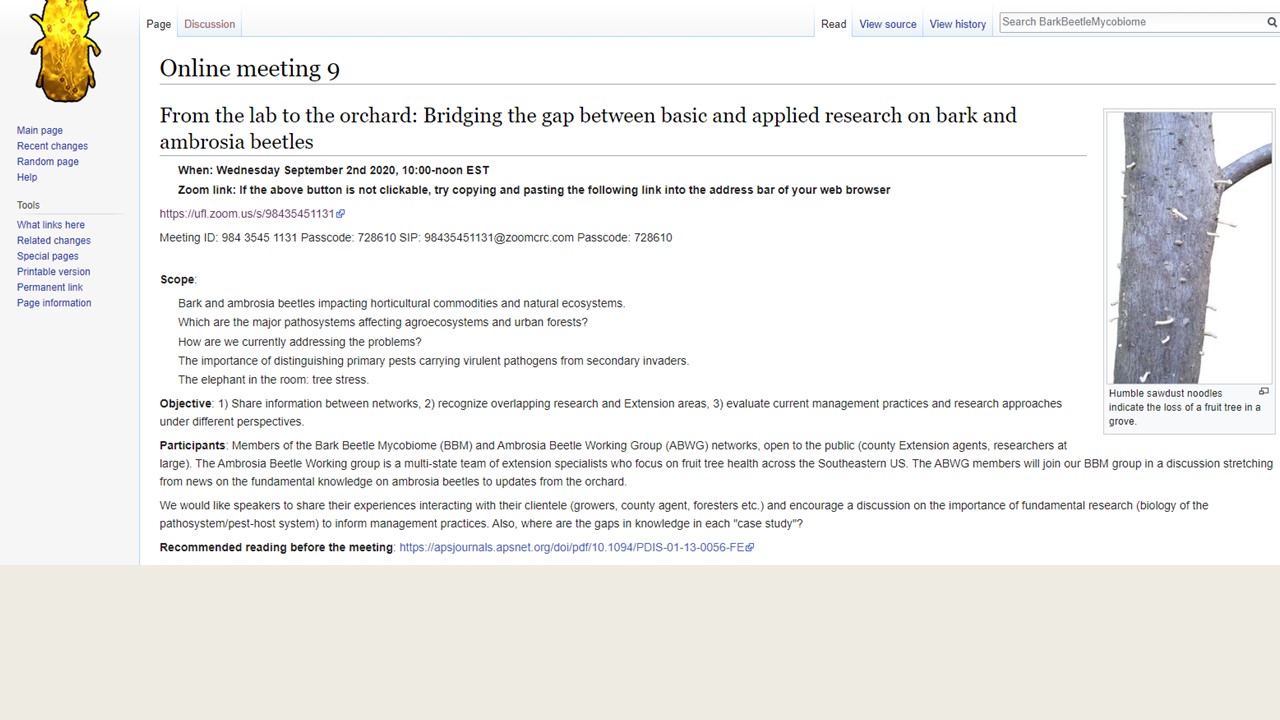 On 2 September, several FABIans that form part of the bark beetle mycobiome research network took part in their 9th virtual meeting. The bark beetle mycobiome research network is made up of a collaborative research community funded jointly by the National Research Foundation (NRF) from South Africa and the National Science Foundation (NSF) from the USA. The collaboration is aimed at investigating all aspects of the bark beetle-fungus symbiosis. This month’s meeting was entitled “From the lab to the orchard: Bridging the gap between basic and applied research on bark and ambrosia beetles”. More than 50 researchers were in attendance from various parts of the USA and South Africa.

FABI MSc student Shawn Fell was given the opportunity to discuss his research during the meeting. His talk entitled “The impact of the polyphagous shot hole borer on pecan trees in South Africa” was focussed on the impact that the ambrosia beetle Euwallacea fornicatus (more commonly known as the polyphagous shothole borer) is having on the South African pecan industry and the methods being used to study and reduce the impact of this beetle. Online meetings held by the research network are open to anyone interested in bark and ambrosia beetle research and more information regarding the network and their meetings is available on their wiki.