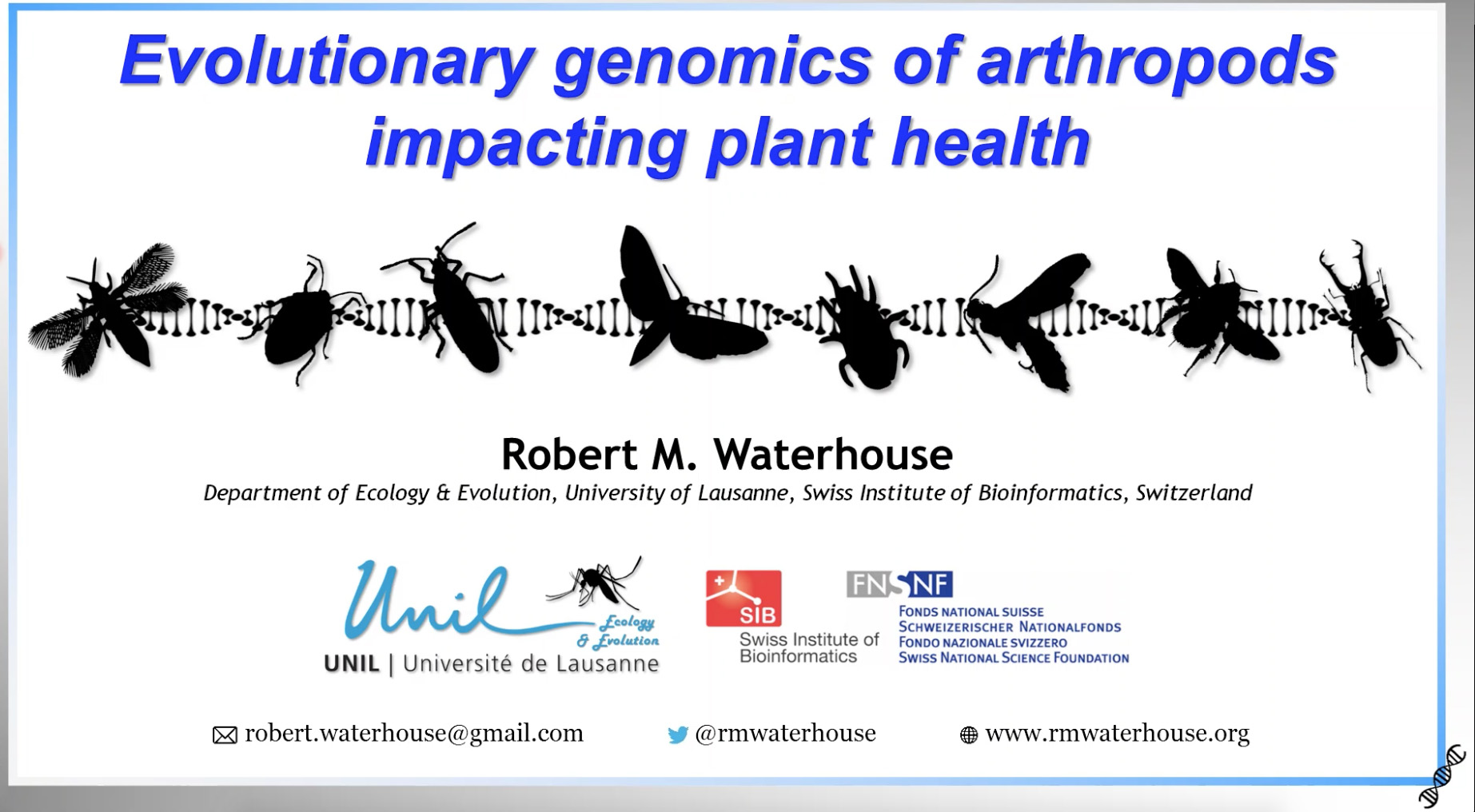 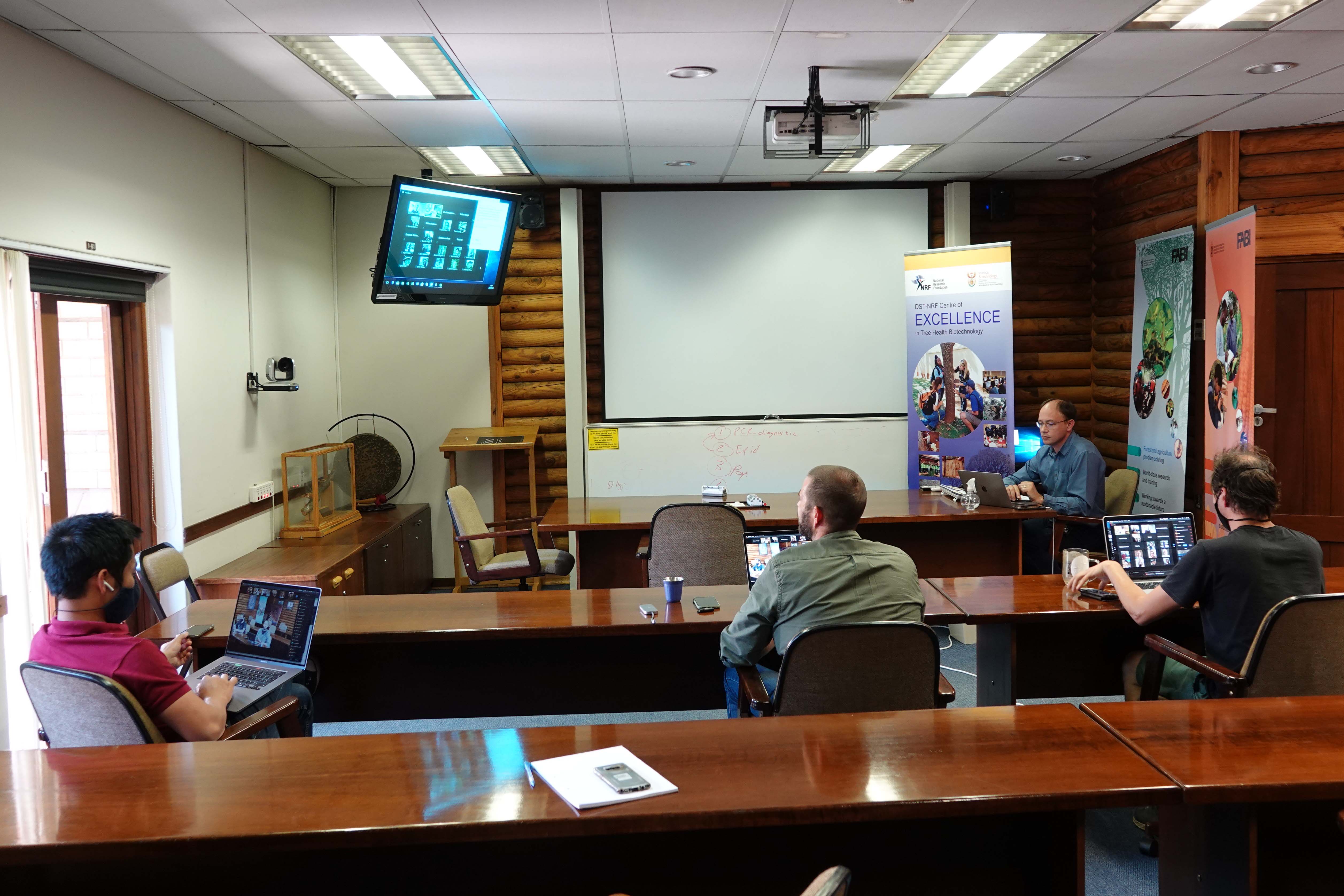 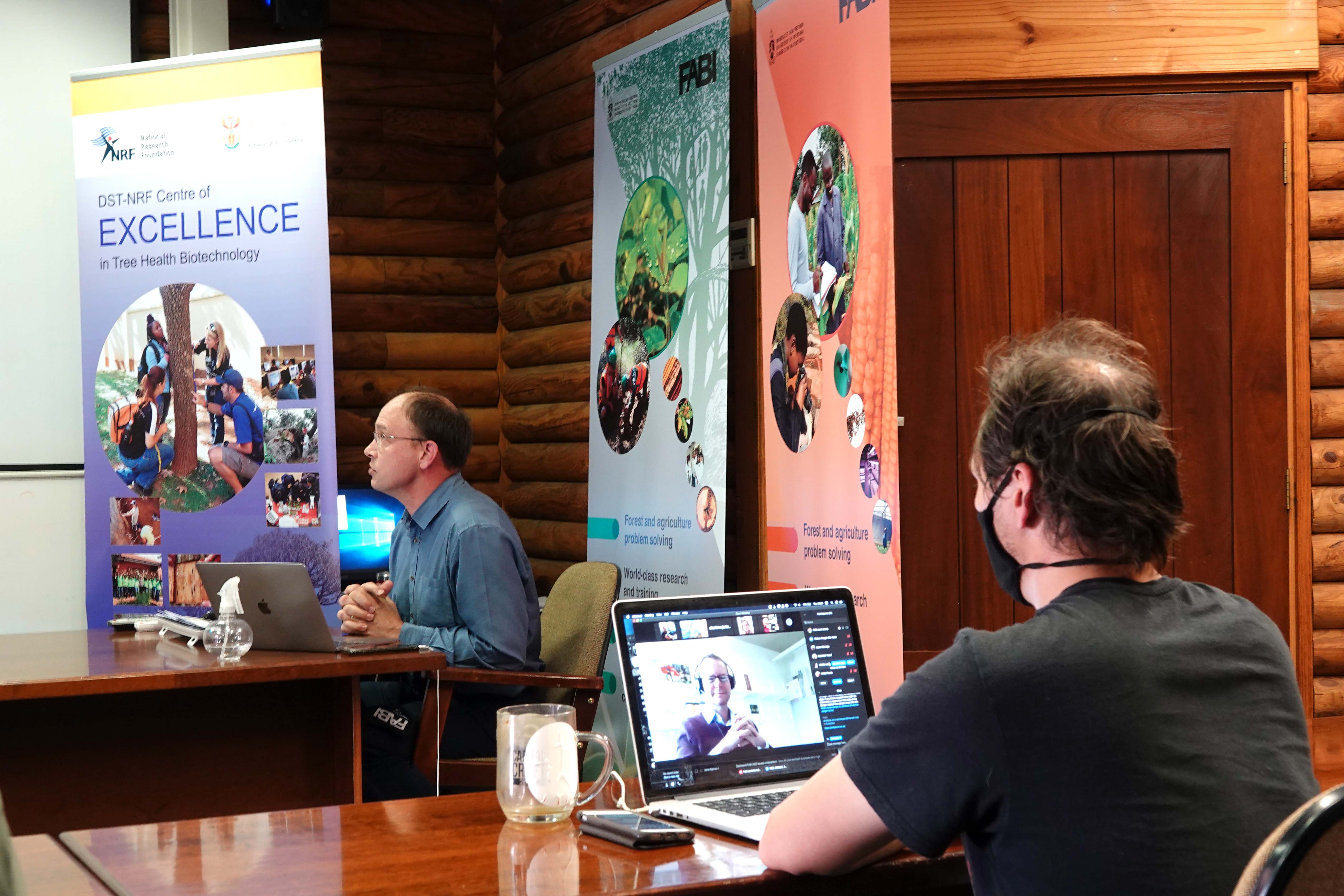 Renowned insect genomics expert Professor Robert Waterhouse presented the sixth lecture in the FABI International Seminar Series on 29 October. Prof. Waterhouse is with the SIB Swiss Institute of Bioinformatics Group Leader at the Department of Ecology and Evolution, University of Lausanne in Switzerland. FABI co-hosted the seminar with the Entomological Society of Southern Africa (ESSA), publishers of the journal, African Entomology. Publicity and Communications Officer Dr Charlene Janion-Scheepers said the journal would move to an open access format in 2021 and encouraged those interested in entomology to join ESSA. Prof. Bernard Slippers welcomed Prof. Waterhouse, who in 2017 had visited FABI and was involved in a workshop to annotate the genome of Sirex noctilio.

Prof. Waterhouse’s seminar titled “Evolutionary genomics of arthropods impacting plant health” focused on real-world examples from his own research on how interactions with plants have shaped the evolution of various arthropod species. He discussed his involvement in the i5K initiative, whose aim is to sequence the genomes of 5,000 arthropod species. The initiative started with 28 species with a “direct impact” on plant health. It was important to recognise that every new genome sequenced added to the detail of the overall understanding of arthropod biology and evolution, said Prof. Waterhouse.

Prof. Waterhouse highlighted the various roles, both negative and positive, that arthropods can play either as disease vectors and insects pests or as pollinators and biological agents. He showed, for example, how genomic resources of Bombus (bumblebee) species have provided valuable clues relating to various ecological and behavioural traits, morphology, food preference, foraging strategies and pathogen resilience. He said these resources provide a foundation for future research on the use of bumblebees in agriculture and would be beneficial in research for preventing the decline of these important pollinators.