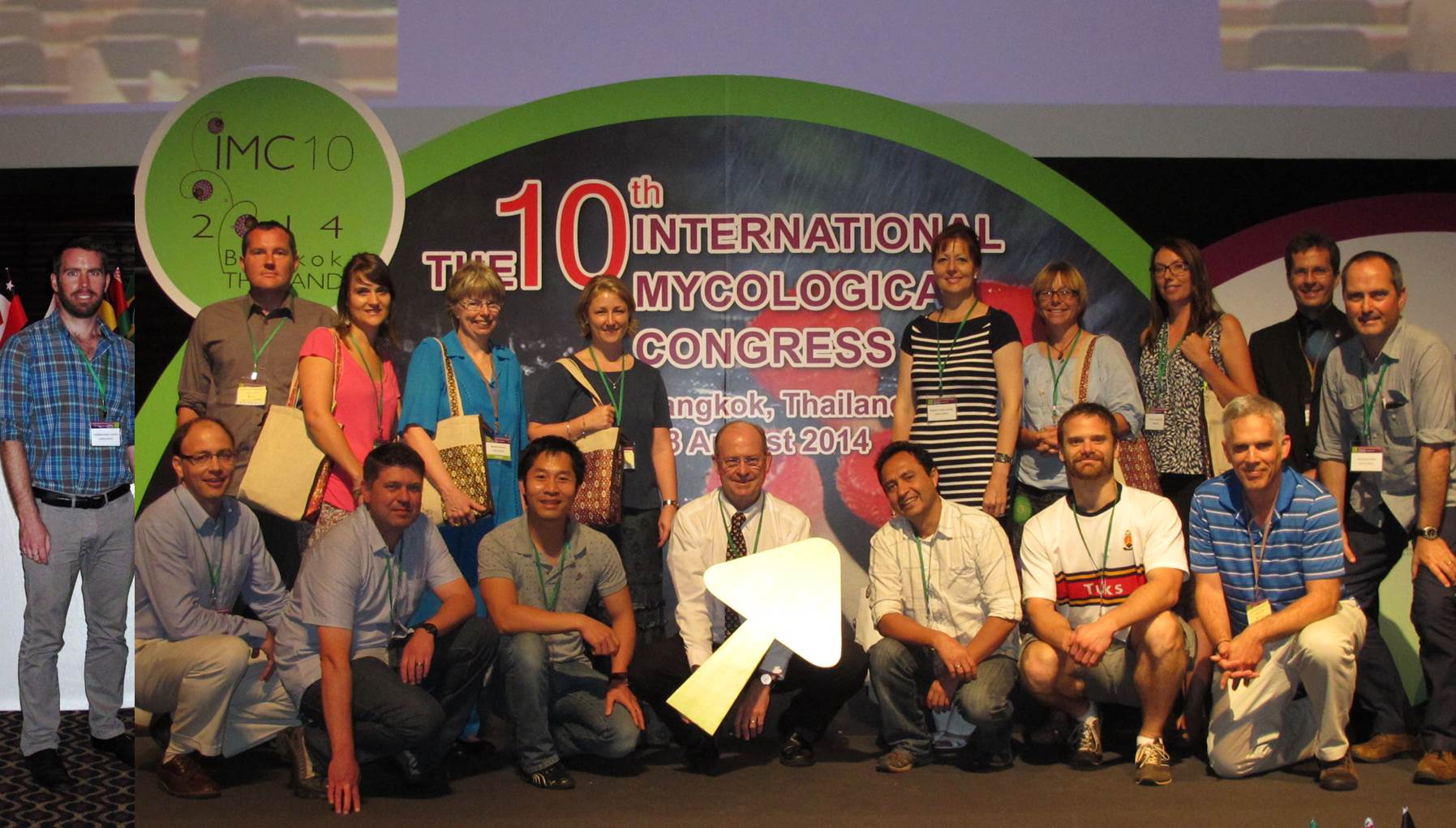 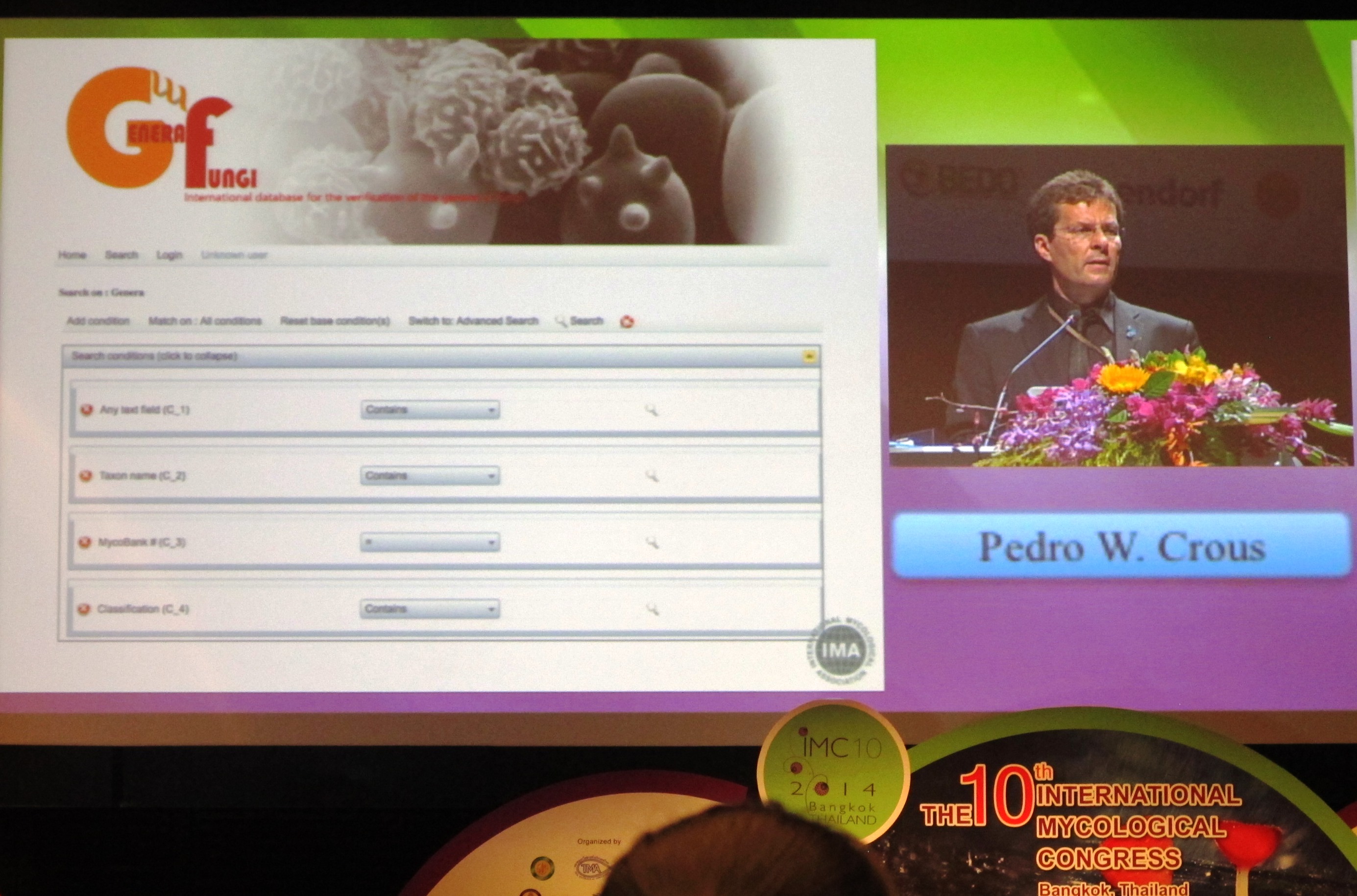 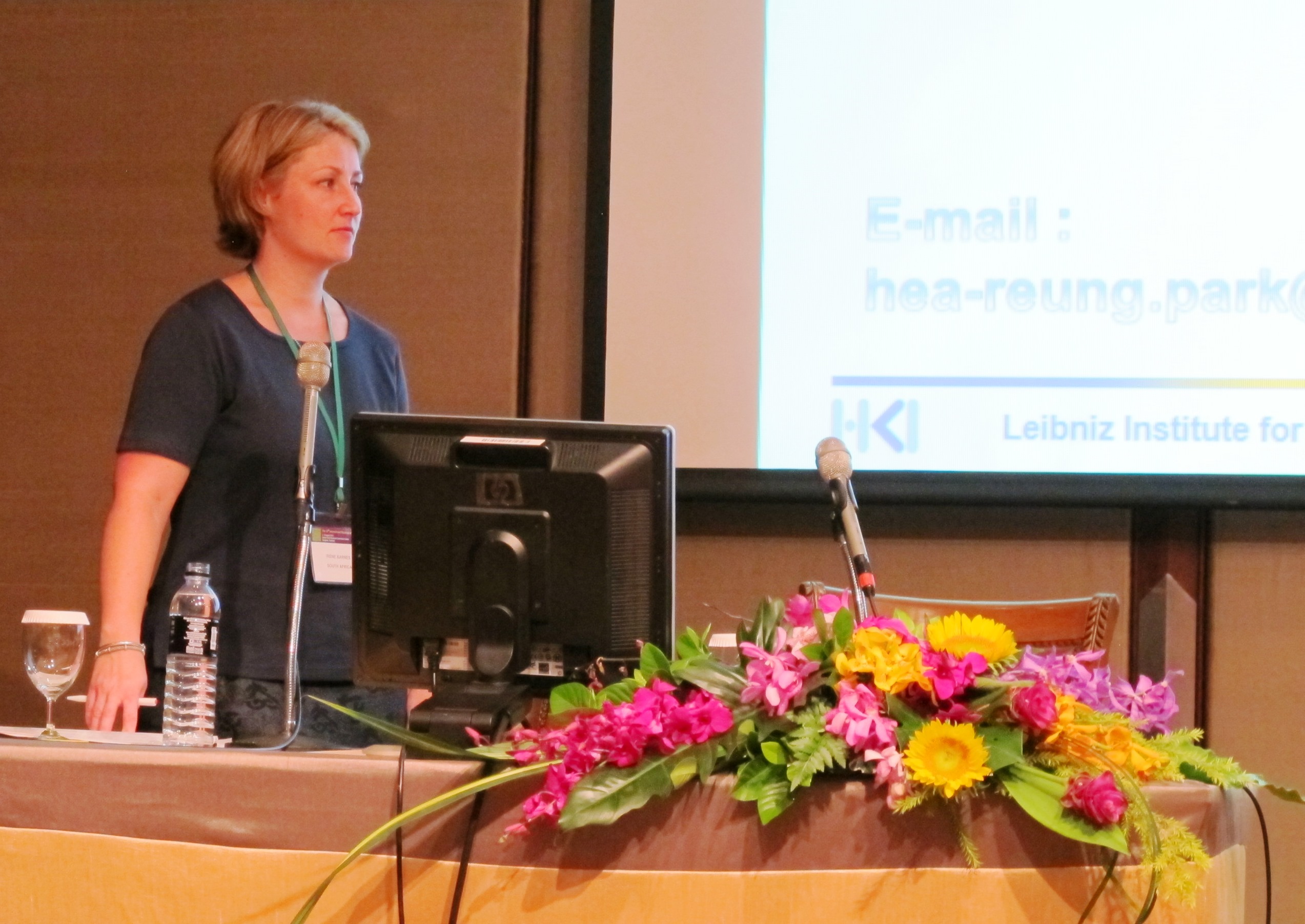 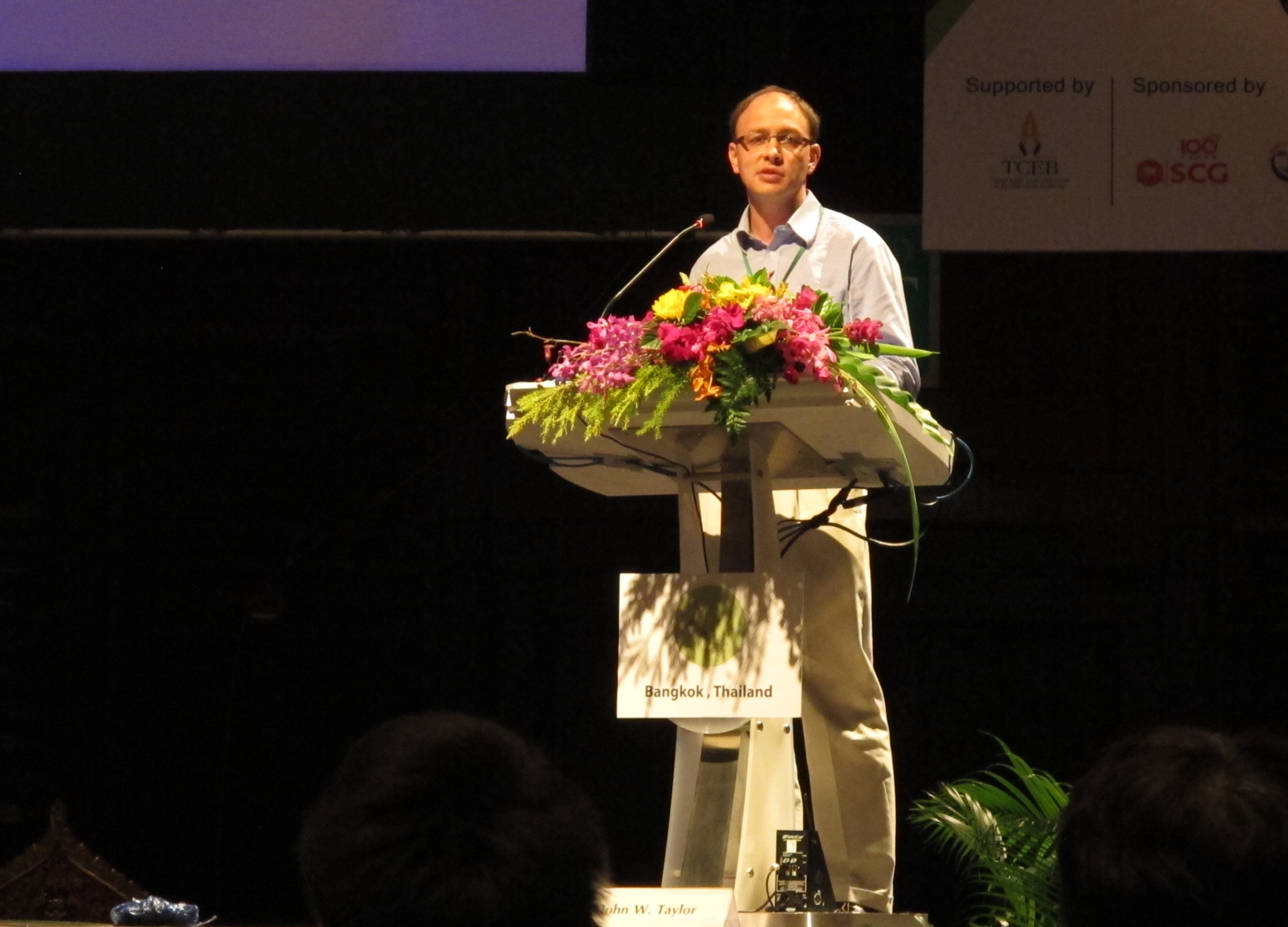 The 10th International Mycological Congress (IMC) is currently (3-8 August) taking place in Bangkok, Thailand. The IMC is the largest gathering of mycologists from all fields of study of the fungi, and is organized under the auspices of the International Mycological Association (IMA). The meeting takes place every four years in another part of the world, and the current meeting is happening in Bangkok, Thailand. The theme for the meeting is "Fungal Biodiversity, Physiology and Ecology in a Changing Environment". Among the almost 1000 participants, FABI is well represented with 17 attendees (including some ex-FABIans).

The first keynote speaker of the meeting was Prof Pedro Crous, extraordinary professor at the University of Pretoria and director of the CBS-KNAW Fungal Biodiversity Centre in the Netherlands, with the topic "Linking life". Other FABIans who presented today were Prof Bernard Slippers on the biogeography of the Botryosphaeriaceae, and Dr Irene Barnes on new invasions of the needle blight pathogen, Dothistroma, who also co-chaired a session on plant and animal pathogens.

In the background to the scientific sessions, other significant meetings are taking place. These include the meeting of the board of the IMA, on which two FABIans currently serve in different capacities: Prof Mike Wingfield as elected member of the executive, and Dr Wilhelm de Beer representing Africa as president of the African Mycological Association (AMA). There are also three Nomenclatural Sessions happening during the course of week, where important decisions are being made with regards to proposals for changes to the International Code for the Nomenclature of Algae, Fungi and Plants (ICN), to align the Code with modern trends in fungal nomenclature and taxonomy.

A full programme of the meeting can be viewed here, and the abstracts are available in the attached pdf.