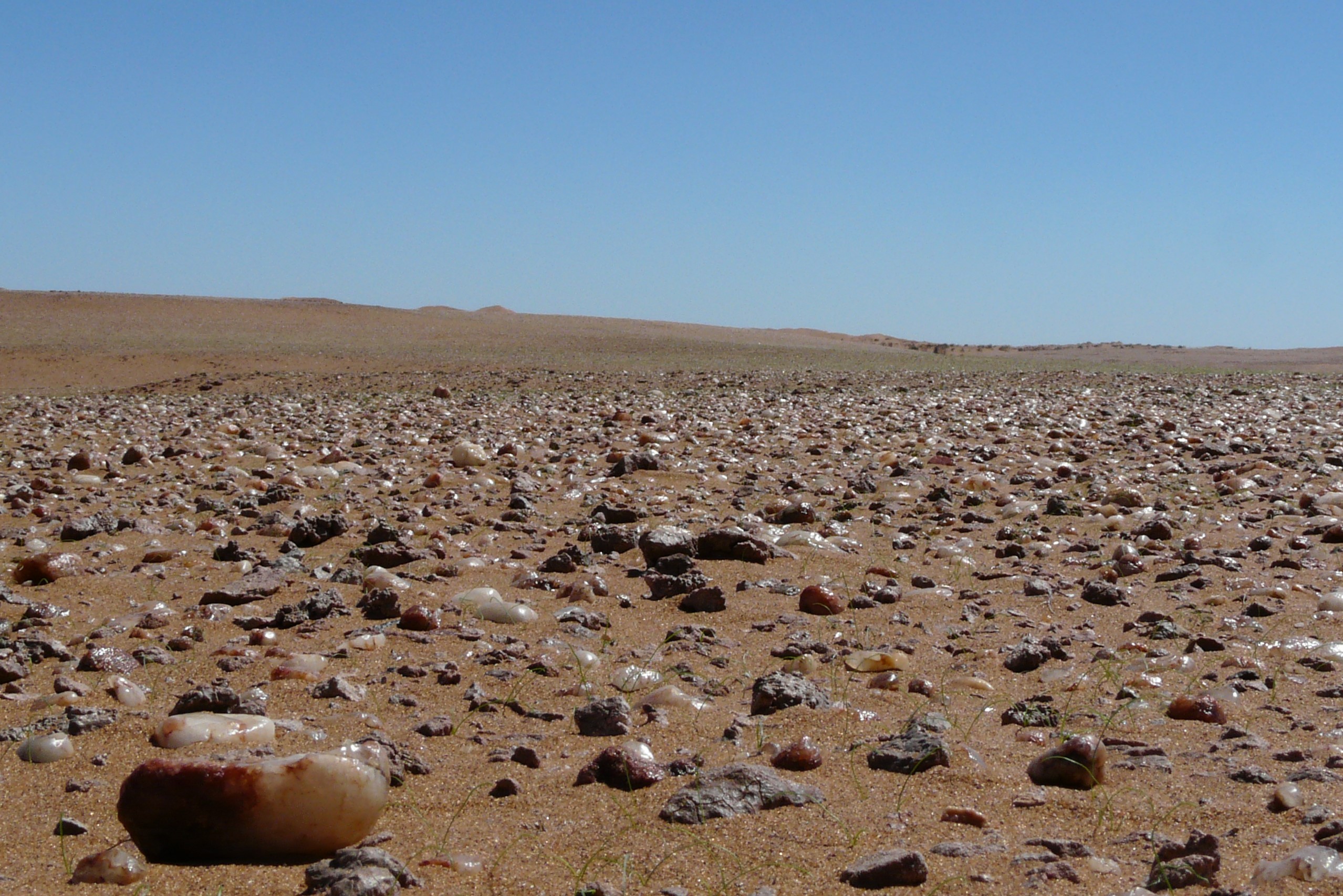 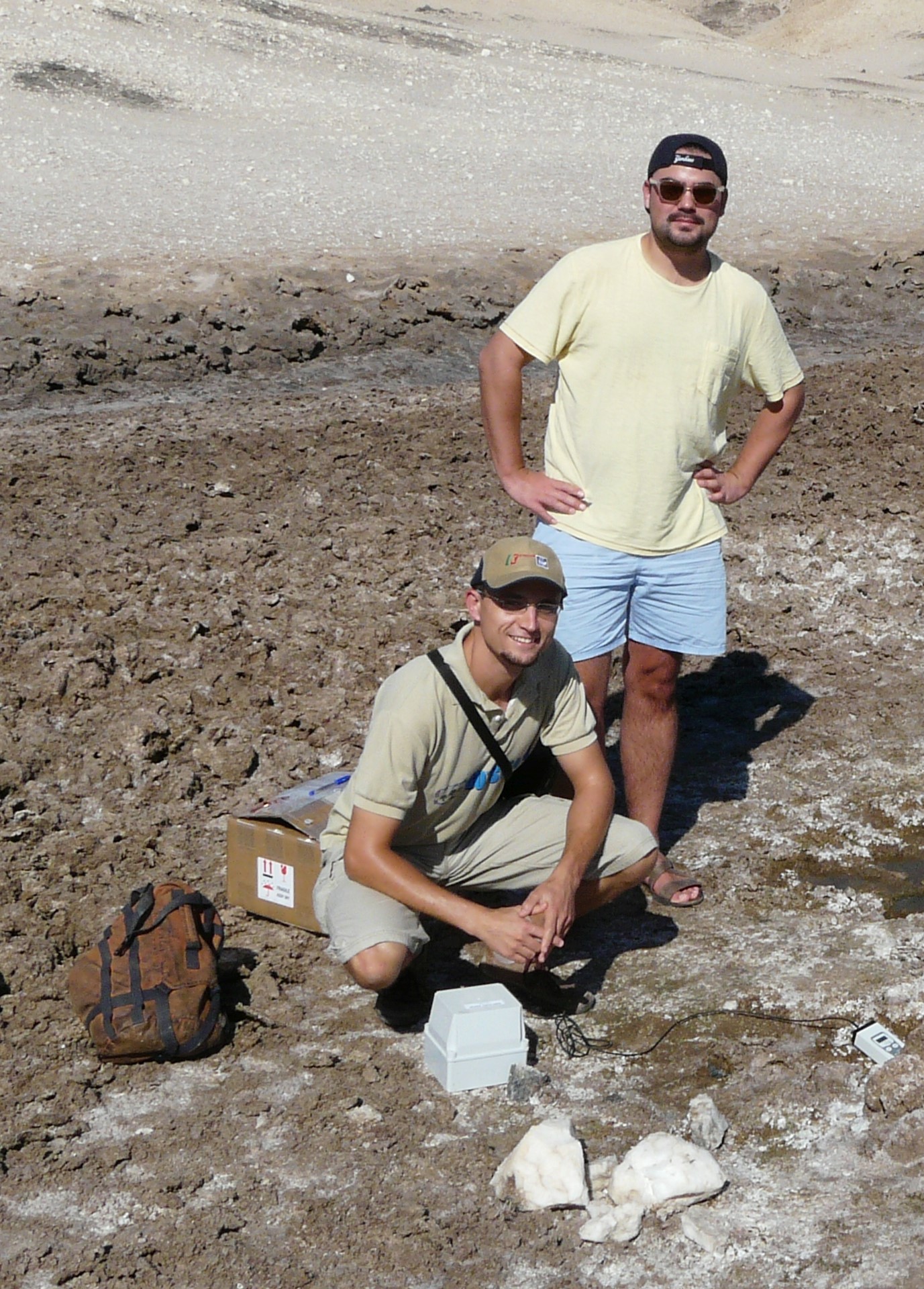 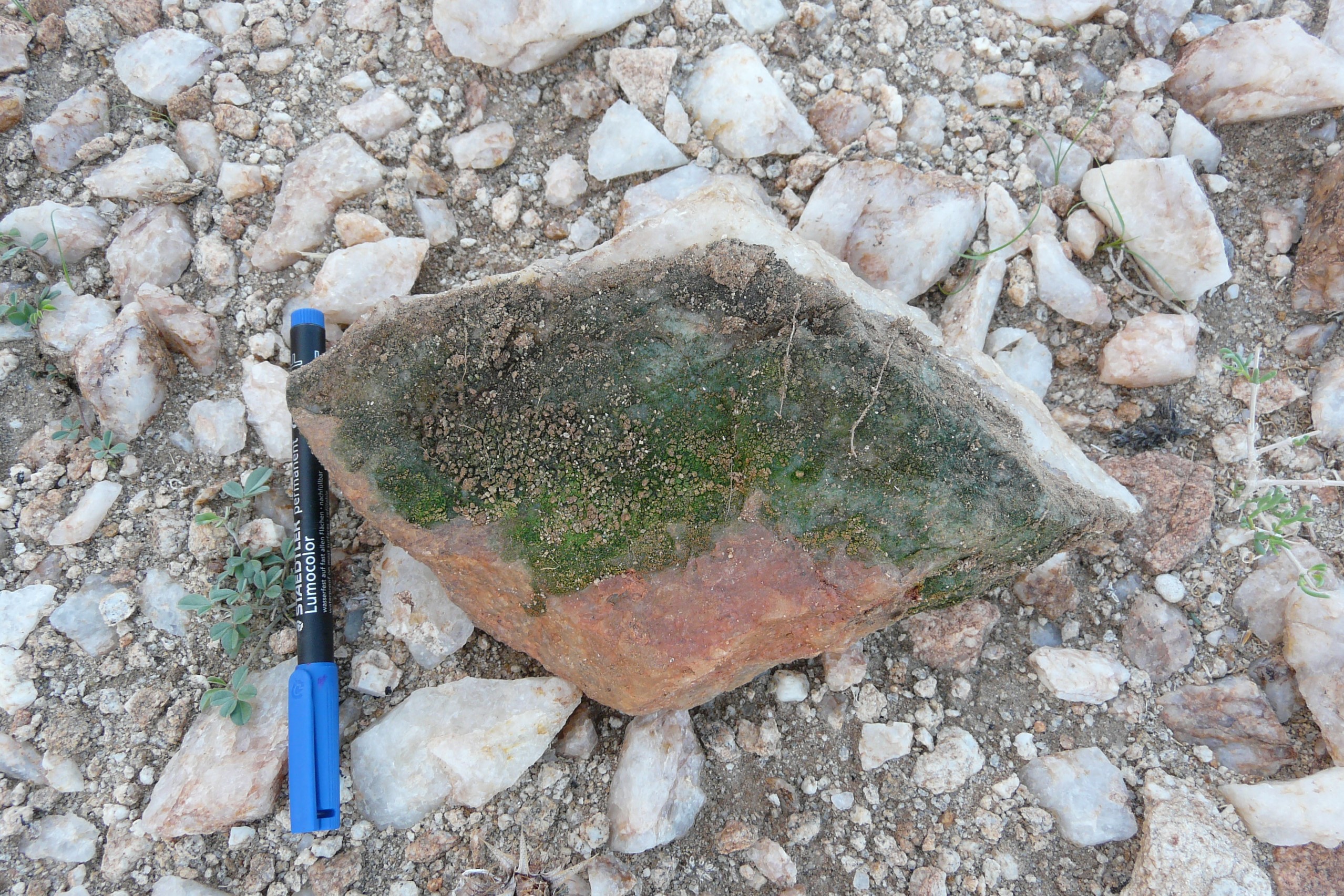 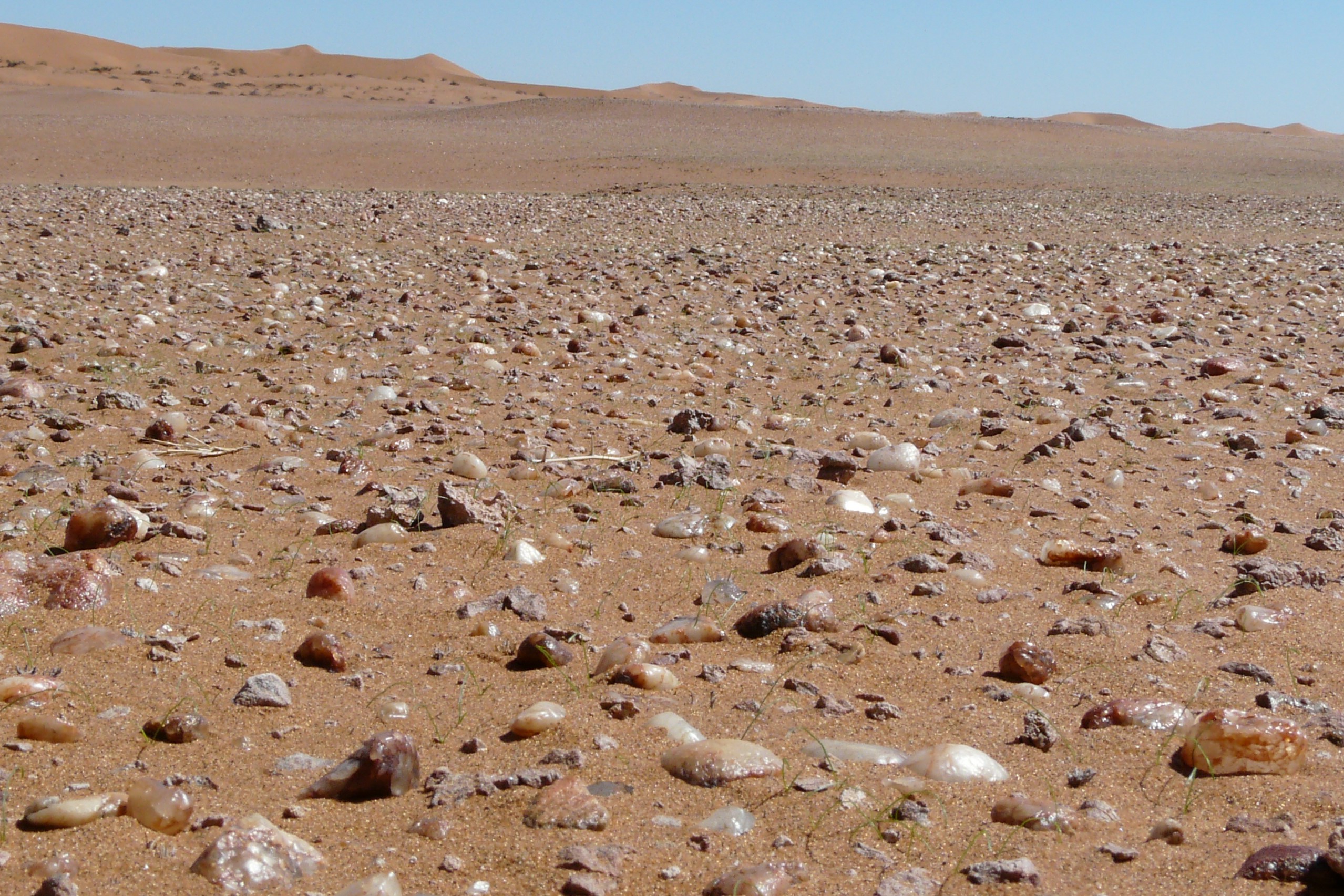 Professor Tjaart Krüger and Dr Michal Gwizdala from the University of Pretoria’s Biophysics Research Group in the Department of Physics travelled to the Namib Desert to explore the molecular mechanisms responsible for sustaining photosynthesis in hypolithons (organisms growing underneath translucent stones) in extreme environments. Much to their surprise, they found that the light quality under the stones was just perfect for photosynthesis. They found no indication of light-induced molecular stress mechanisms in those photosynthetic organisms.

Their transdisciplinary study required a combination of biophysical and biochemical methods, including spectroscopy, fluorometry, and metagenomics, and a multidisciplinary team of researchers. Fluorometry, which is based on the amount of fluorescence emitted during various stages of the photosynthetic process, is a very sensitive method for quantifying changes in the photosynthetic apparatus in response to light, while spectroscopy, another sensitive tool, was used to closely investigate the light transmitted through the stones and the composition of light-harvesting molecules in the hypoliths.

This study has even attracted the attention of an astrobiologist at NASA because it helps us to understand better how life can thrive in extreme environments such as on Mars.

The work has been featured in Physics Today, the flagship publication of the American Institute of Physics, which is the most influential and closely followed physics magazine in the world.