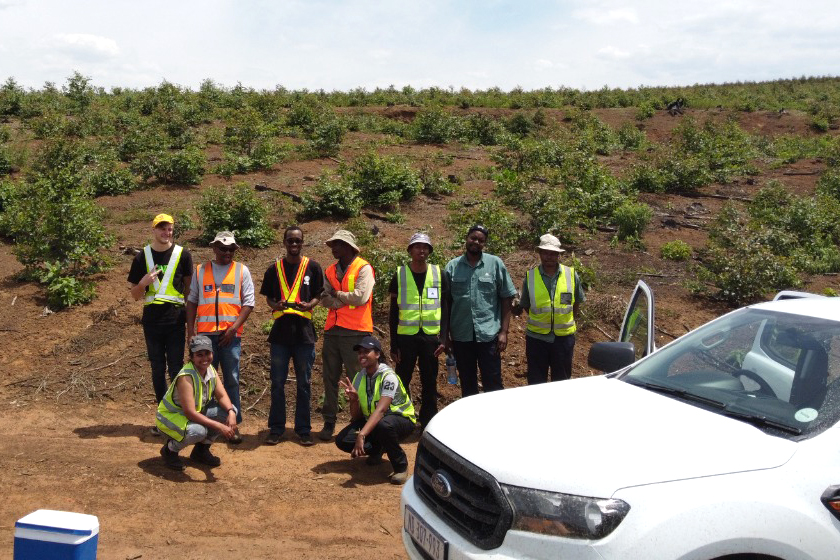 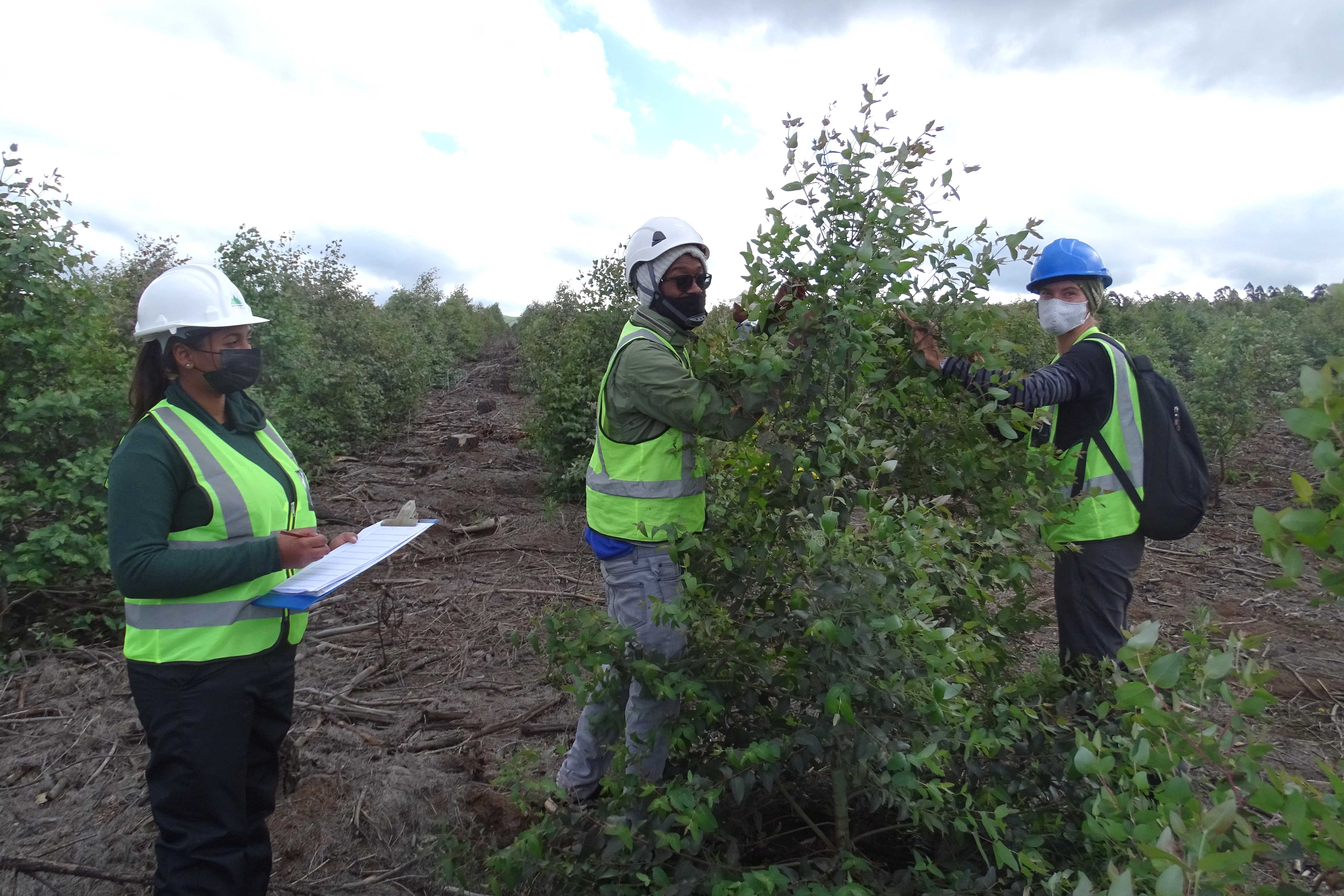 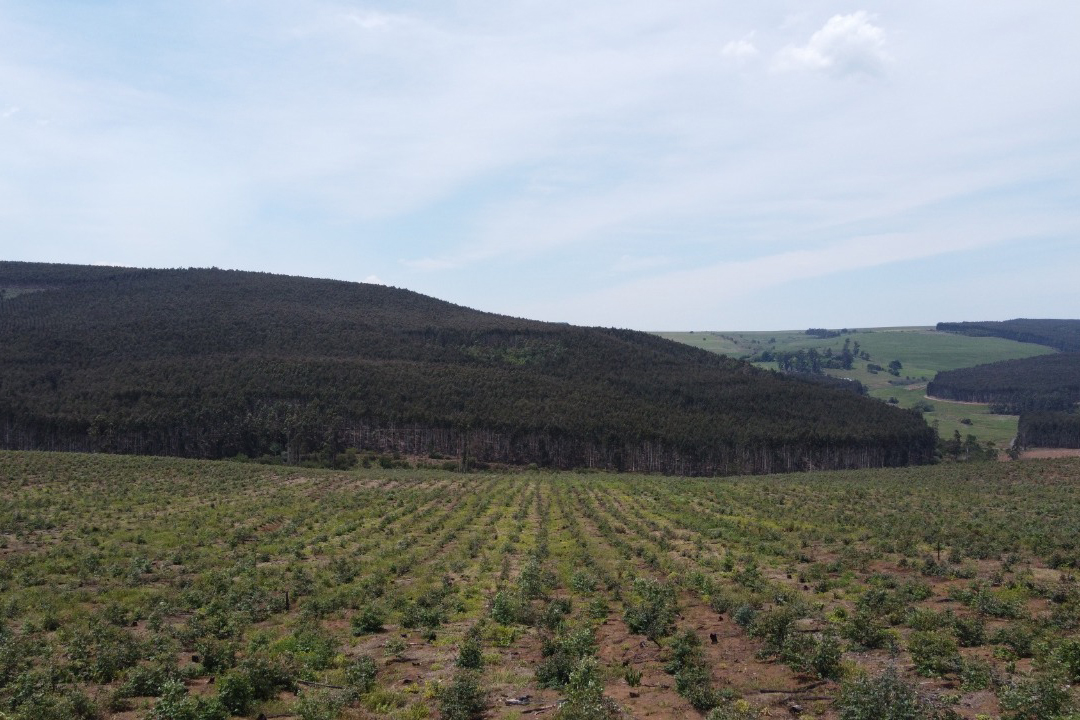 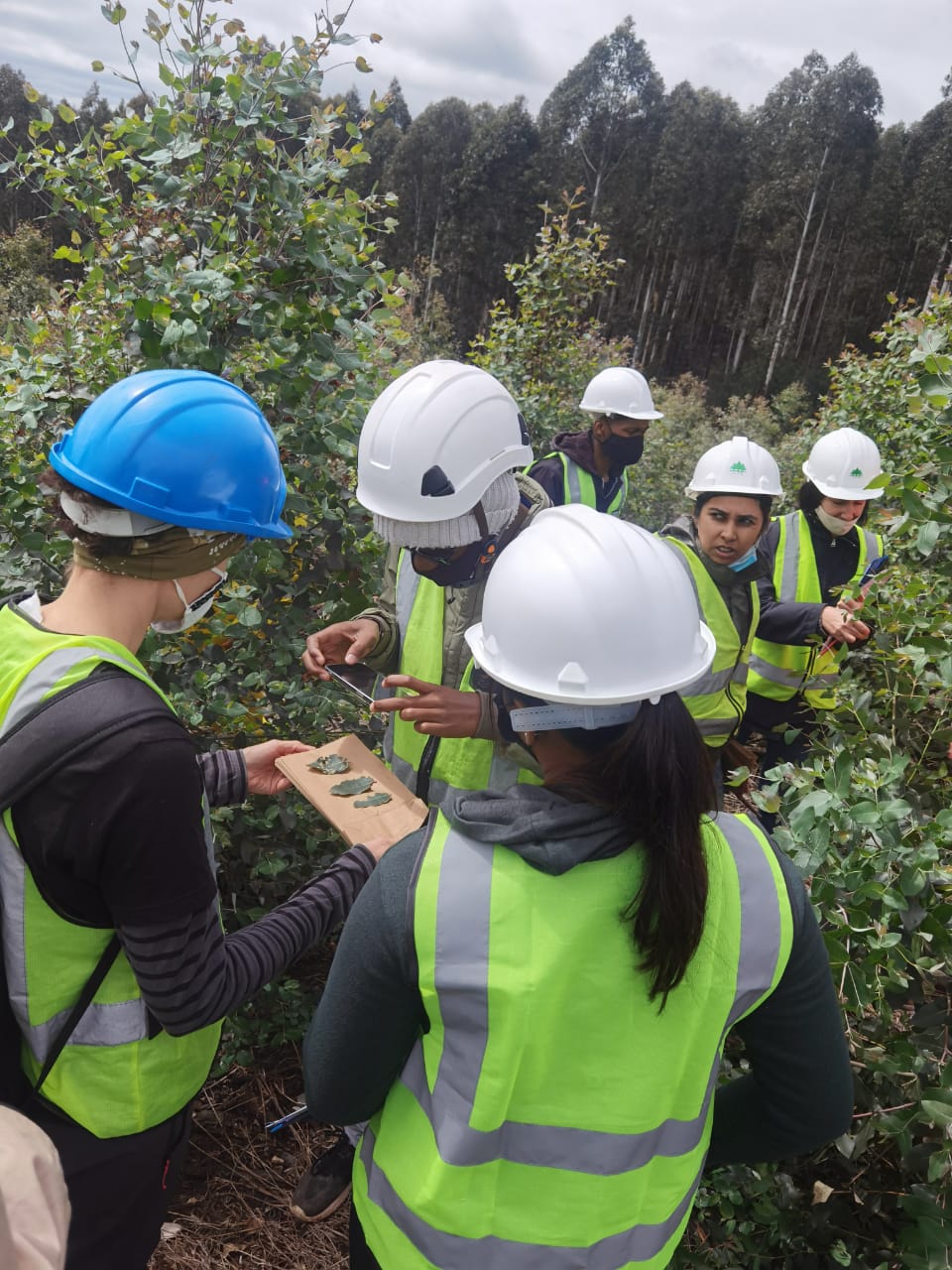 A large group consisting of staff and students from FABI, the ICFR and Sappi met last week in the KwaZulu-Natal Midlands for the first damage scoring of a long-term Gonipterus trial. The trial aims to quantify the impact of canopy damage by defoliators, specifically the eucalypt snout beetle Gonipterus sp. 2, on the growth of eucalypts; and to develop an early warning system for proactive intervention based on the presence and abundance of the different life stages of the beetle. The trial will also potentially be linked to other projects such as developing remote sensing tools to assess Gonipterus damage, assess the re-establishment of biological control agents after insecticide application, and further studies to understand the role of leaf chemistry in Gonipterus infestations.

The scoring took place over the course of a week, with some assisting for the full week and others for shorter periods. Dr Benice Sivparsad from the ICFR is leading the trial, and she was joined by colleagues Xolani Colvelle, Dr Ilaria Germishuizen, Direshnee Naidoo, Enos Ngubo, Letho Nzimande and Sisanda Mthembu. The FABI team consisted of Phumlani Nzuza, Harris Keetse, Lihan Esterhuizen, Alishia van Heerden, Dr Michelle Schröder and Prof. Brett Hurley. Prof. Jolanda Roux from Sappi also joined and provided valuable input. The trial currently consists of two sites on different Sappi plantations in the KZN Midlands, which will be assessed every six weeks, but it is hoped that additional sites will be added in the future.