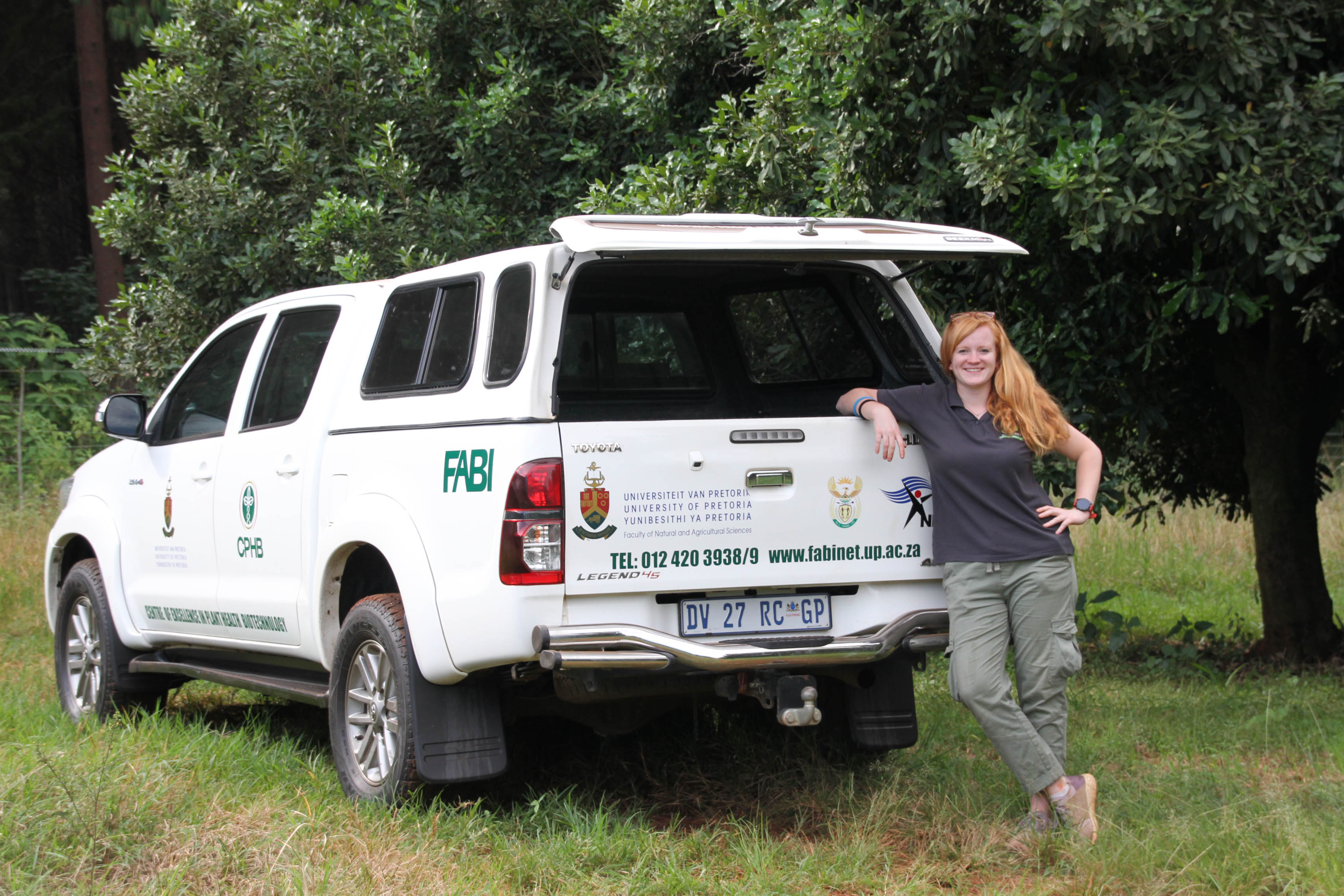 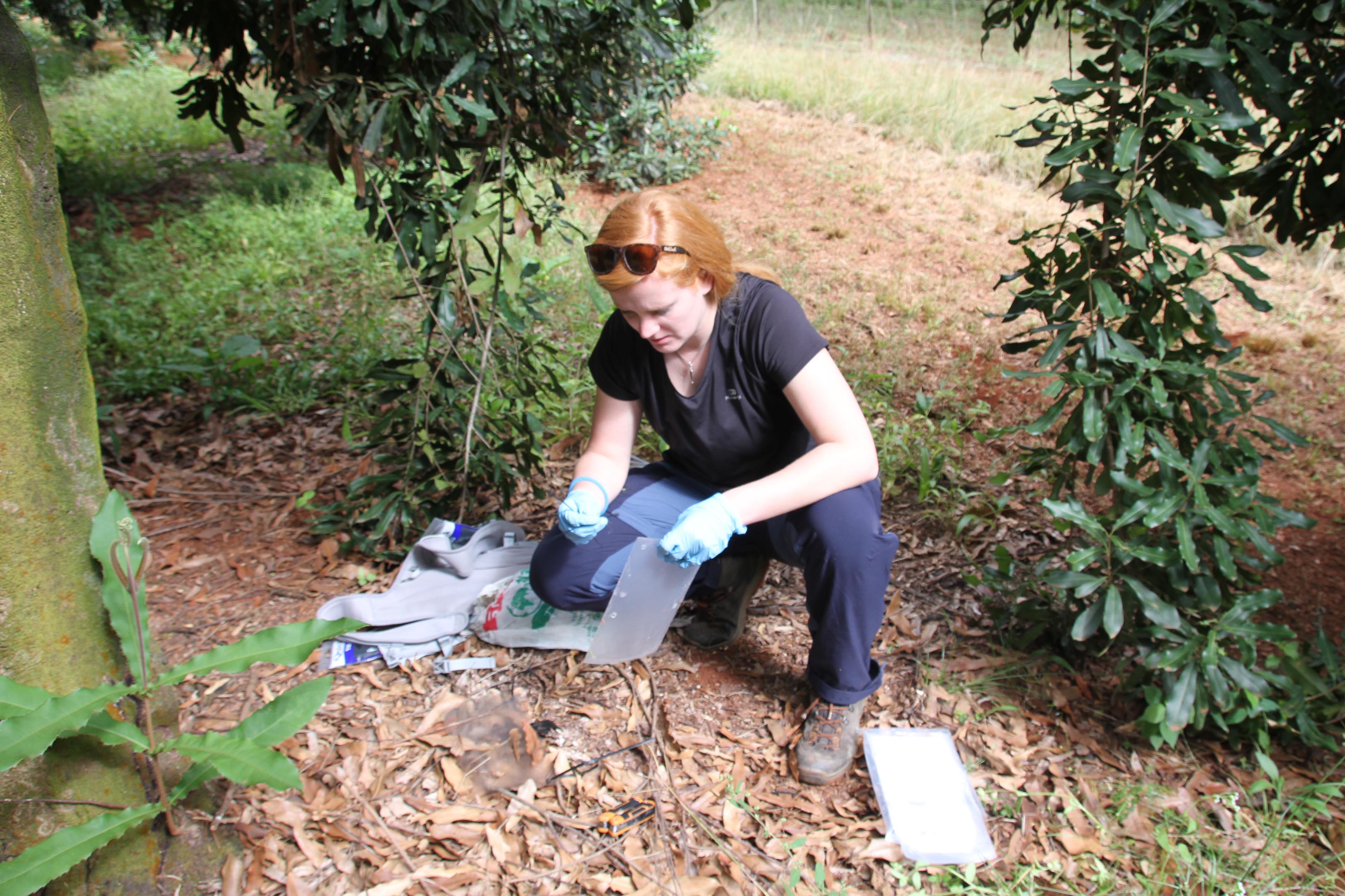 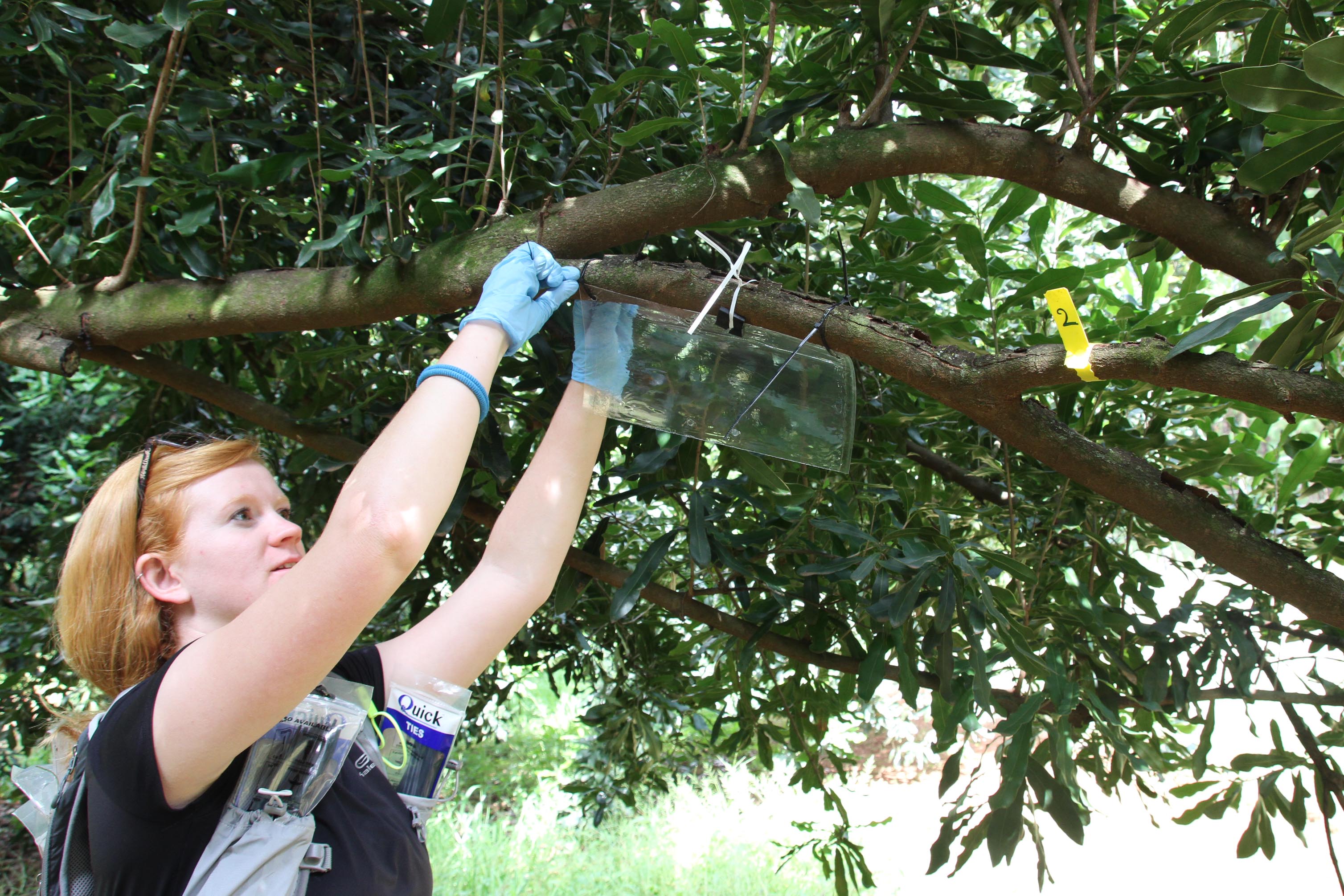 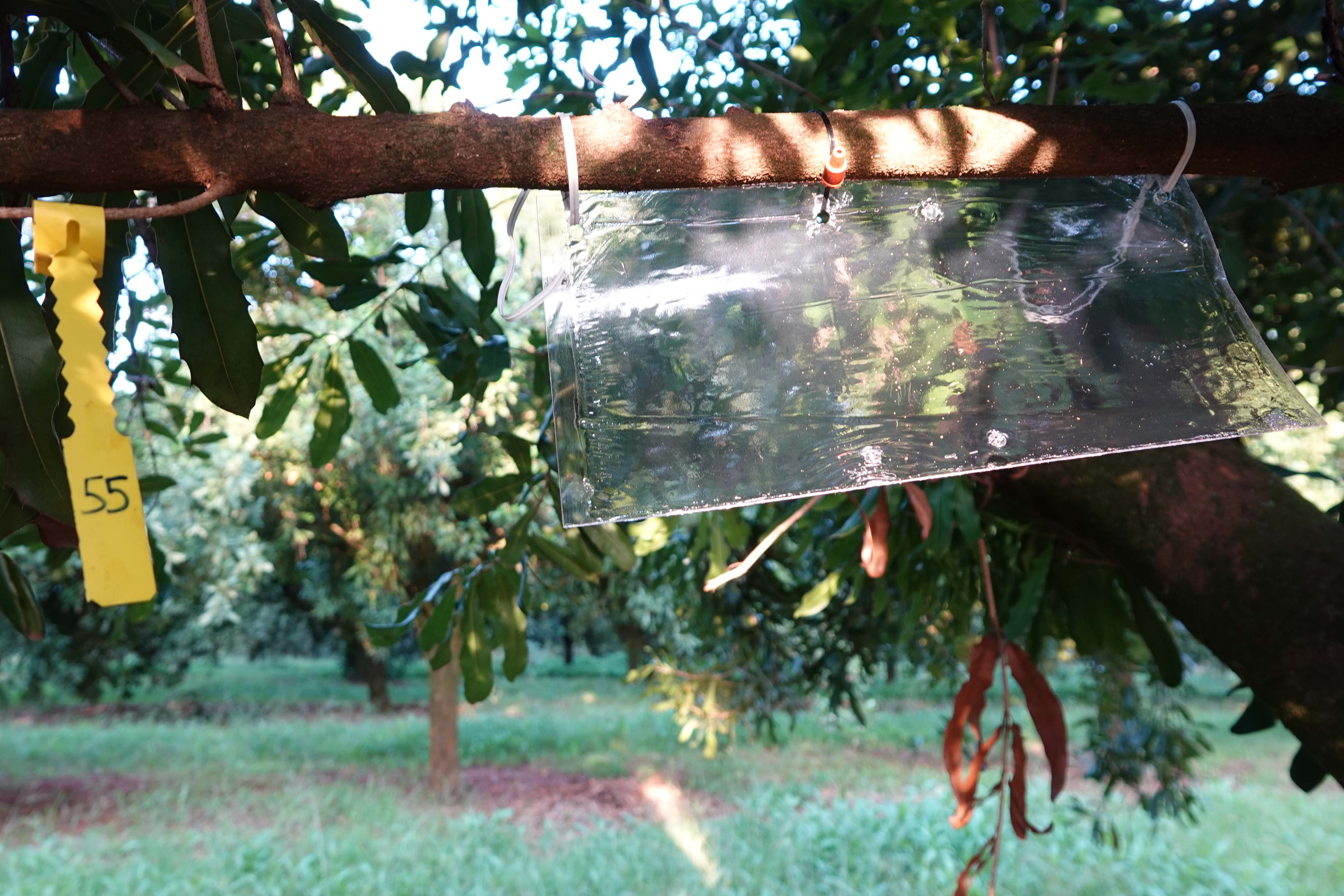 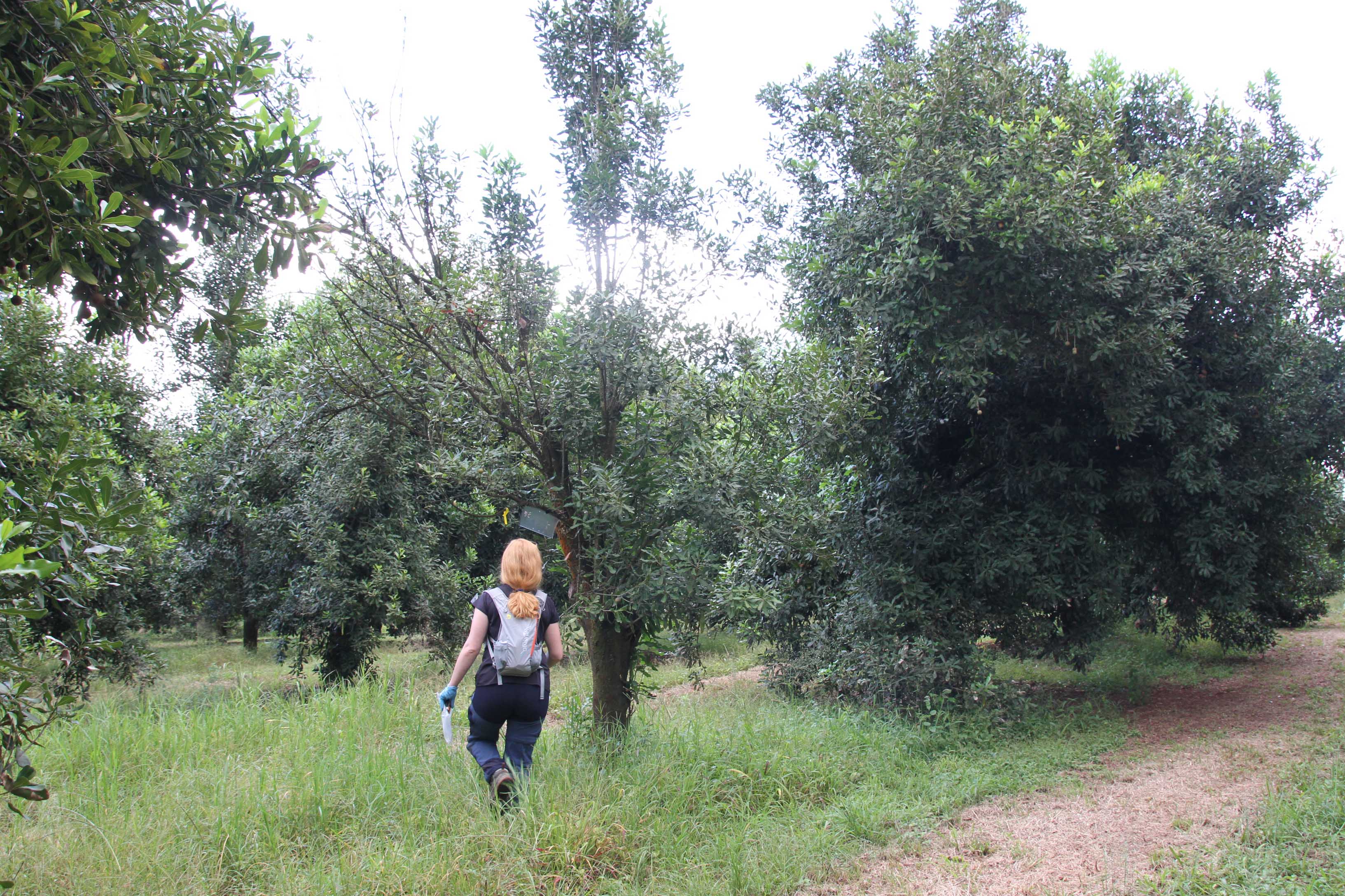 During March and April, PhD candidate Elisa Pal from the Macadamia Protection Programme (MaPP) conducted a field trial in the Levubu region of the Limpopo Province. Traps, baited with stink bug pheromones, were deployed in a macadamia orchard with the objective to catch various stink bug species, mostly represented by the Two-spotted stink bug (Bathycoelia distincta) which is regarded as the dominant and most destructive pest. Sixty sticky traps were deployed, and three different commercial lures (provided by Trécé Inc. a company based in the USA) were tested as a proof of concept trial. It is the first time that pheromone baited-traps were trialled for stink bugs in South Africa. The traps were monitored weekly over a seven-week period. This assay will be repeated next year with additional pheromone blends and different trap types on a larger scale and for a longer period. The preliminary results of this assay provide a first indication of the potential of using pheromone-baited traps for stink bugs in macadamia orchard. This study will contribute to future integrated pest management strategies for the macadamia industry. We would like to acknowledge Maluma for allowing us to conduct this assay in their plantation. A special thanks to Dr Eljse Joubert and Cliriska Hoffman (Levubu Centre for Excellence) for helping us with the traps monitoring.