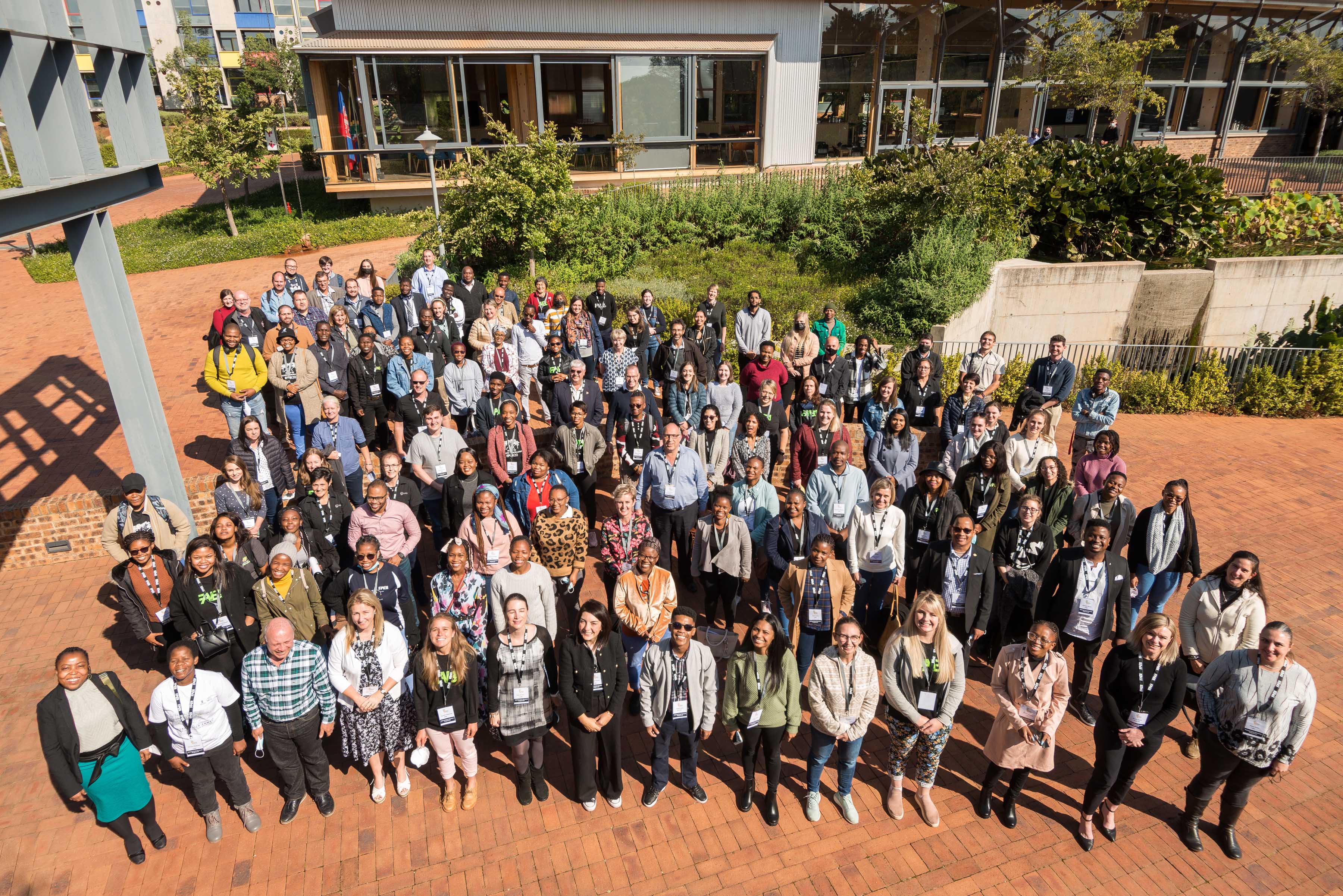 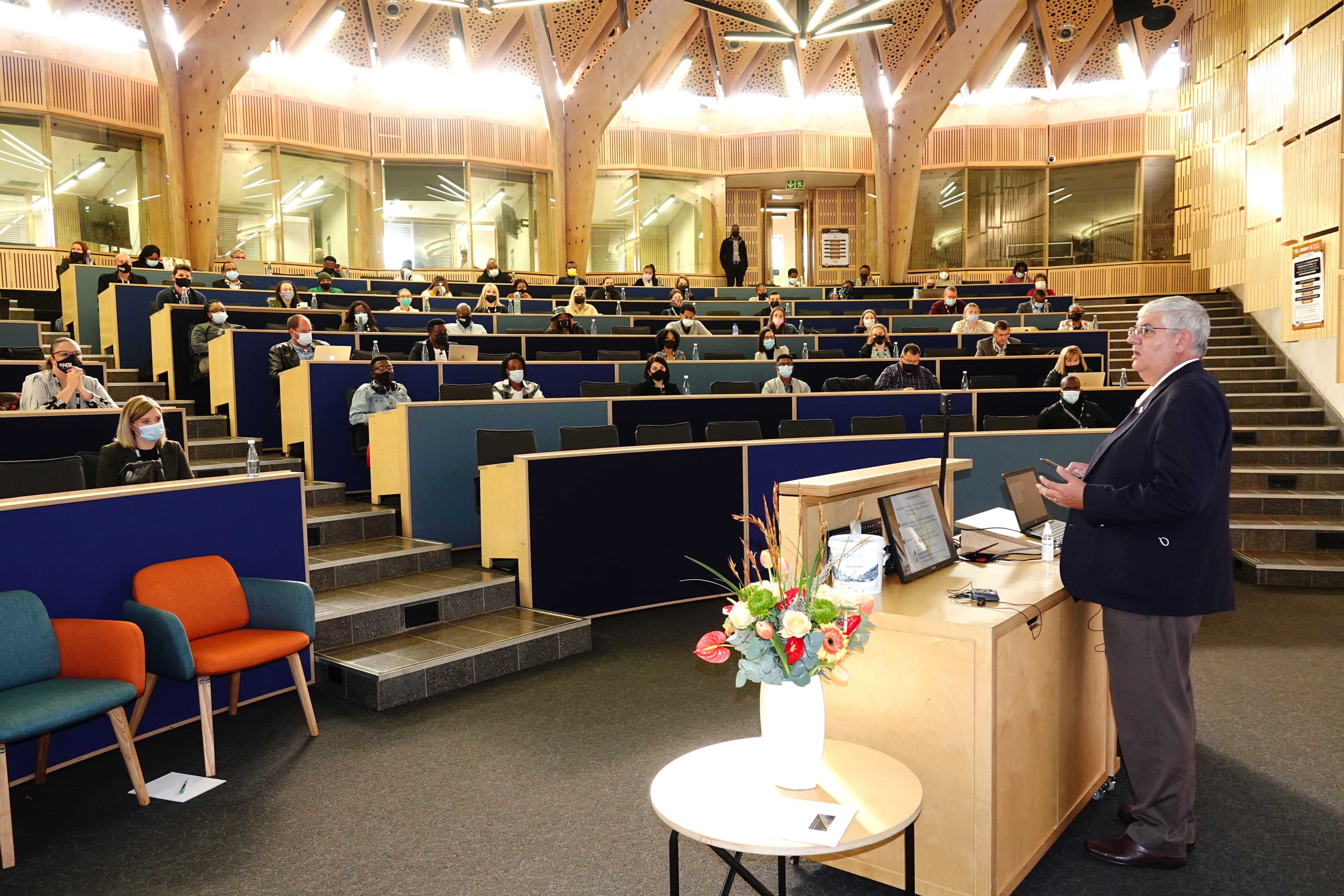 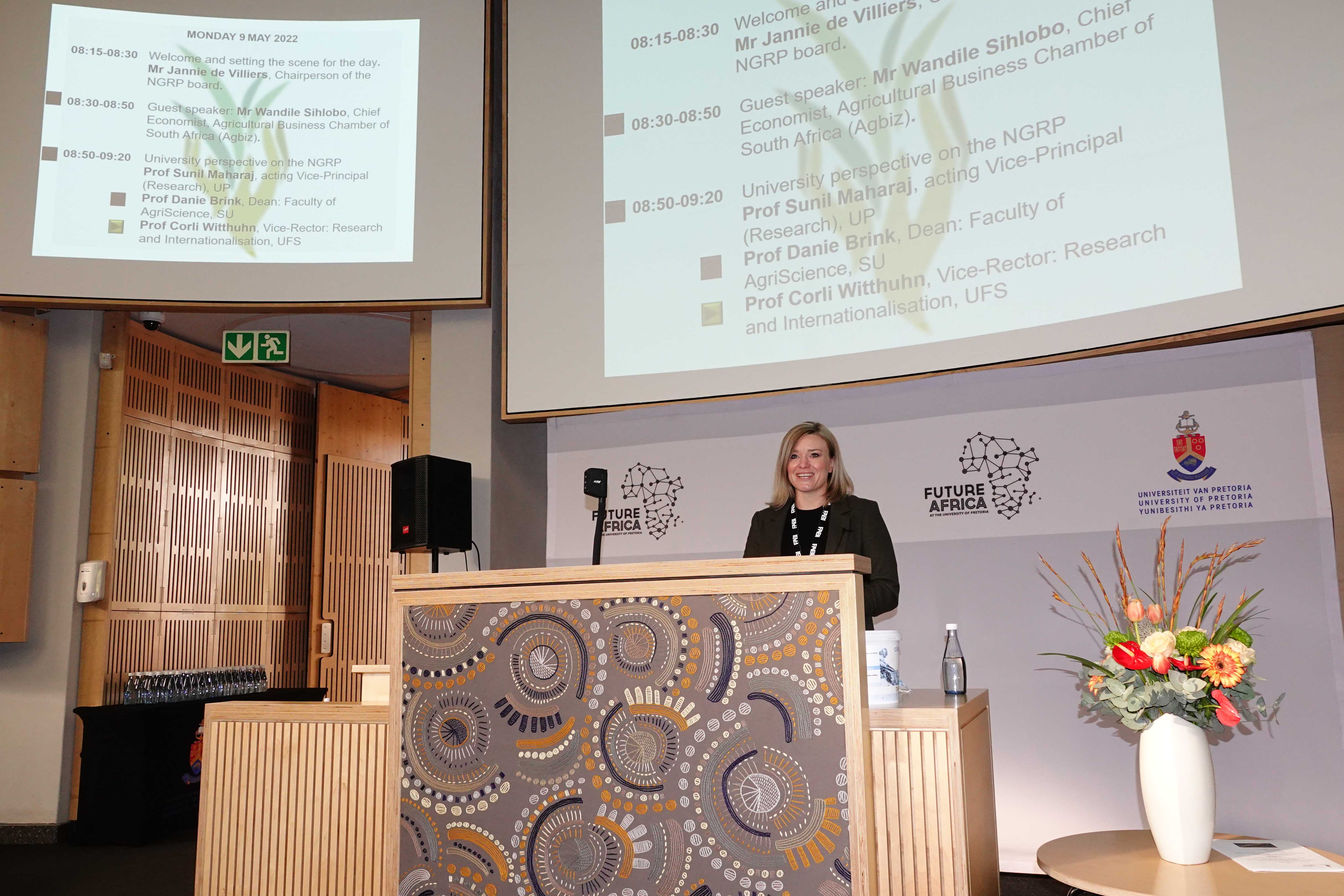 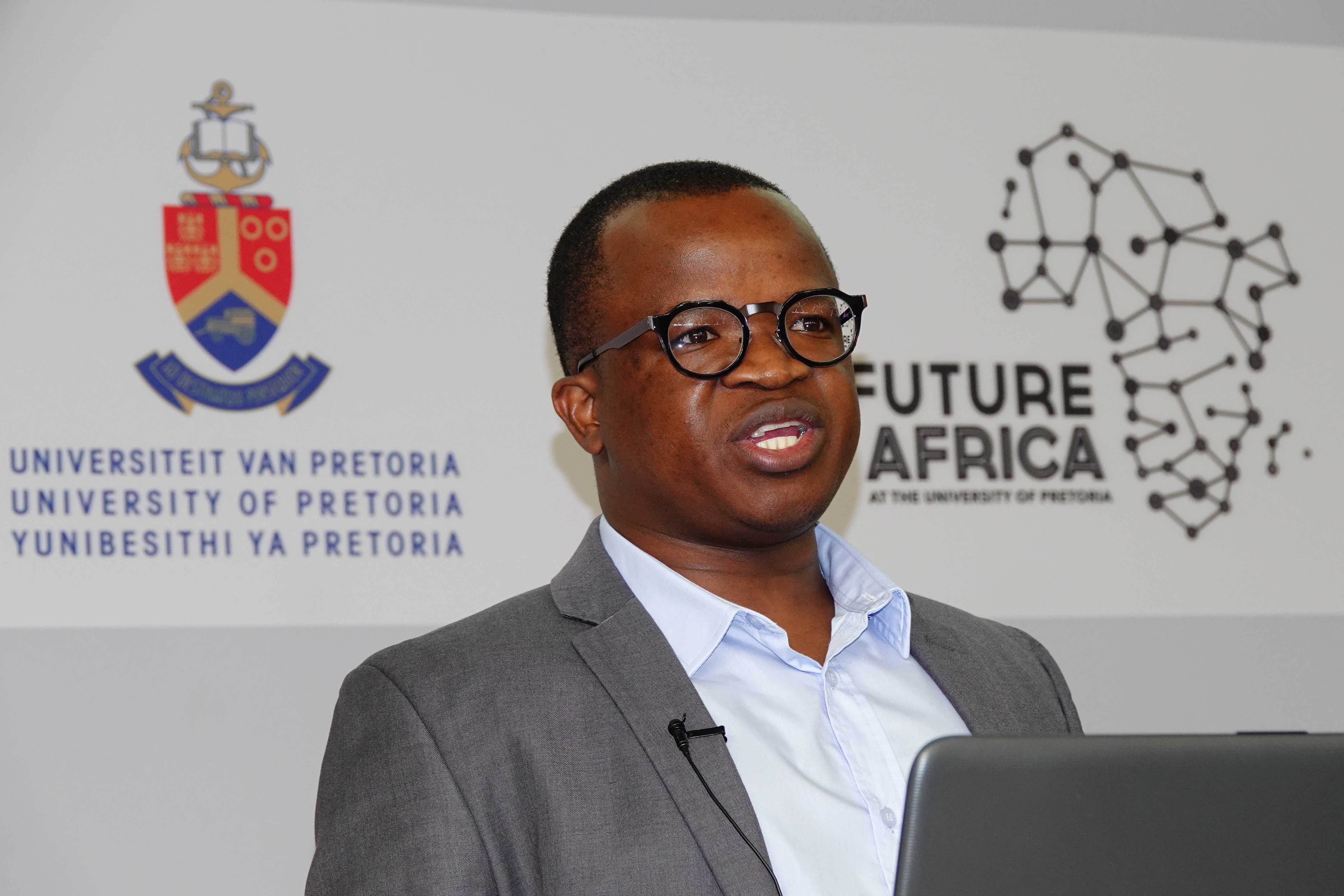 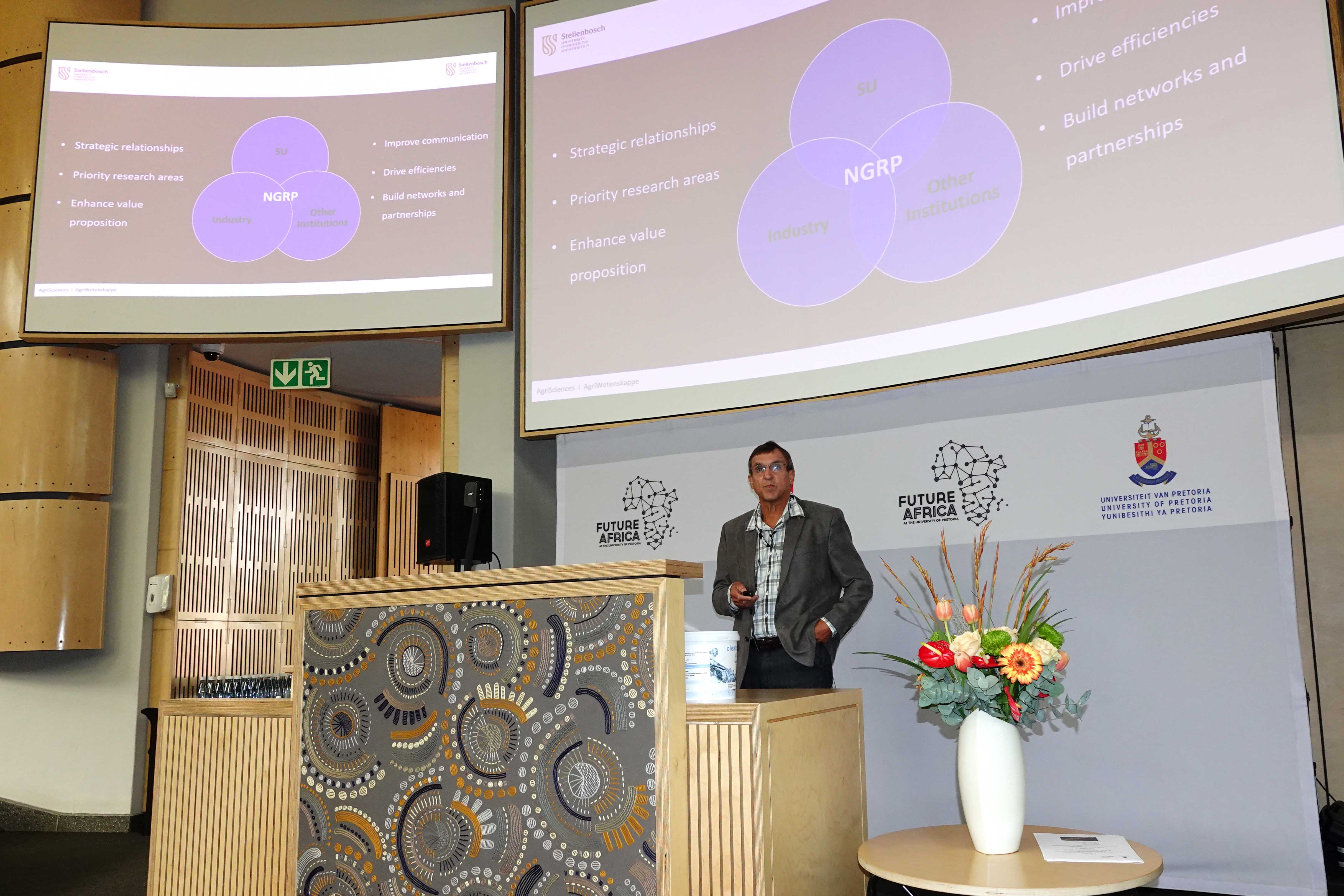 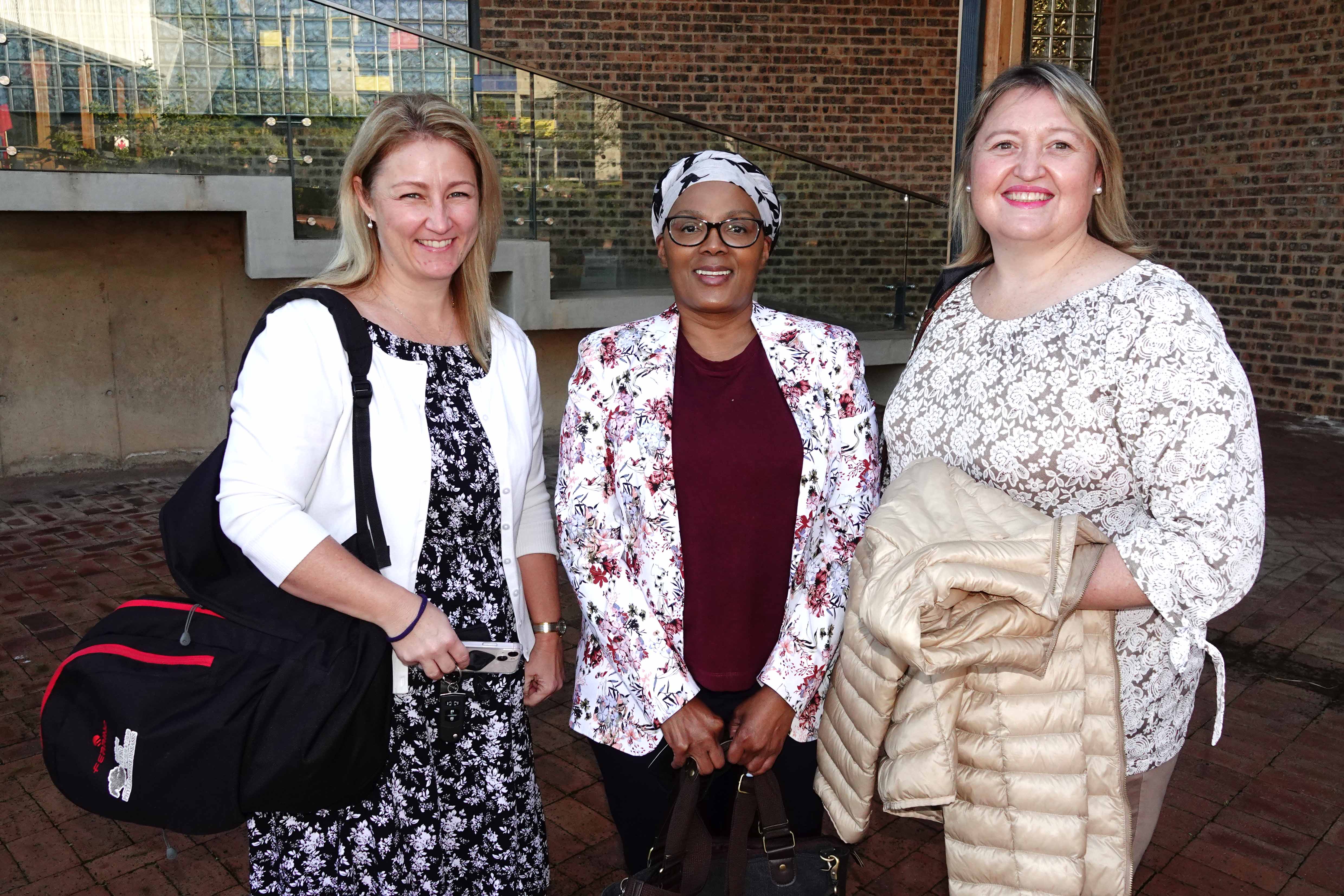 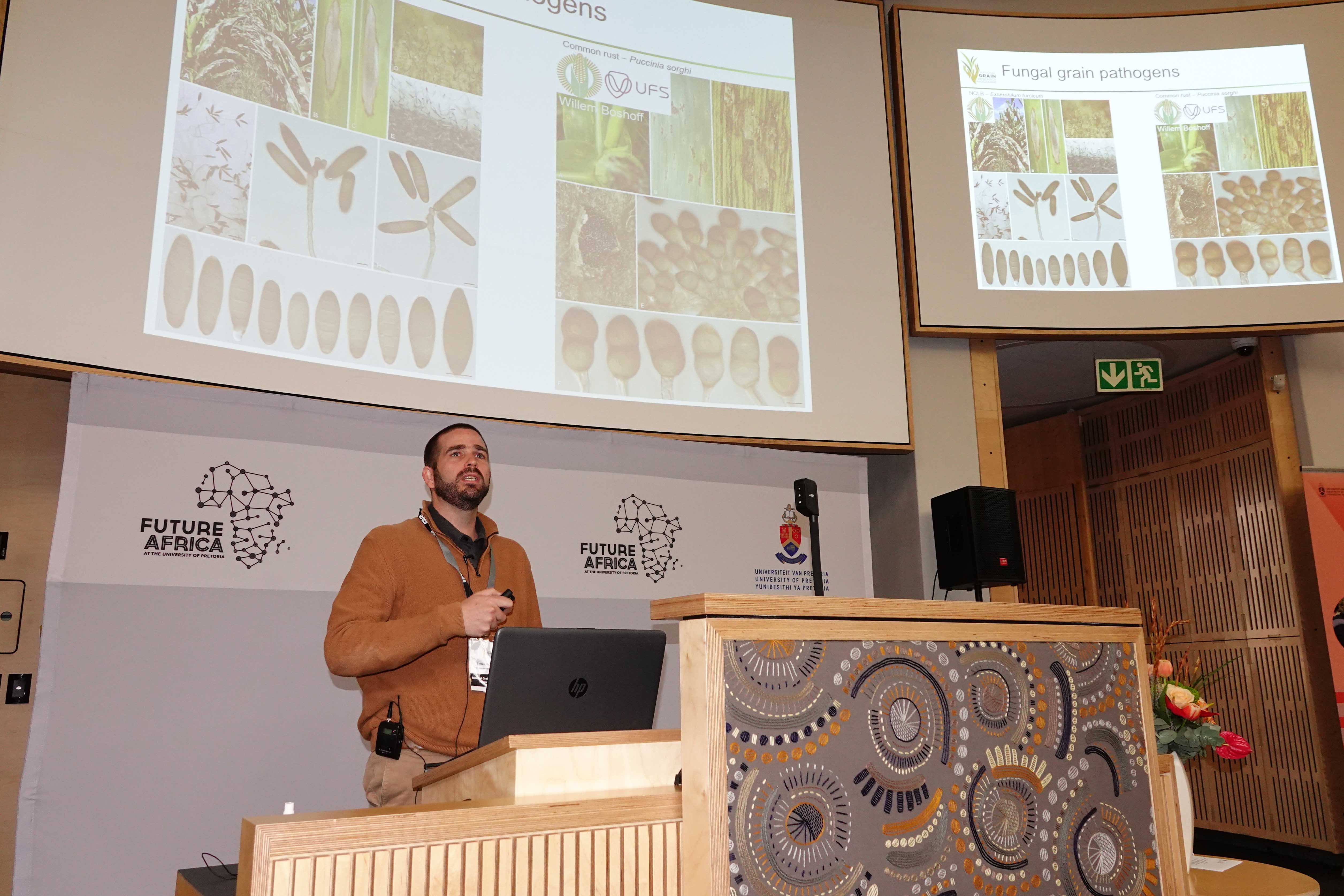 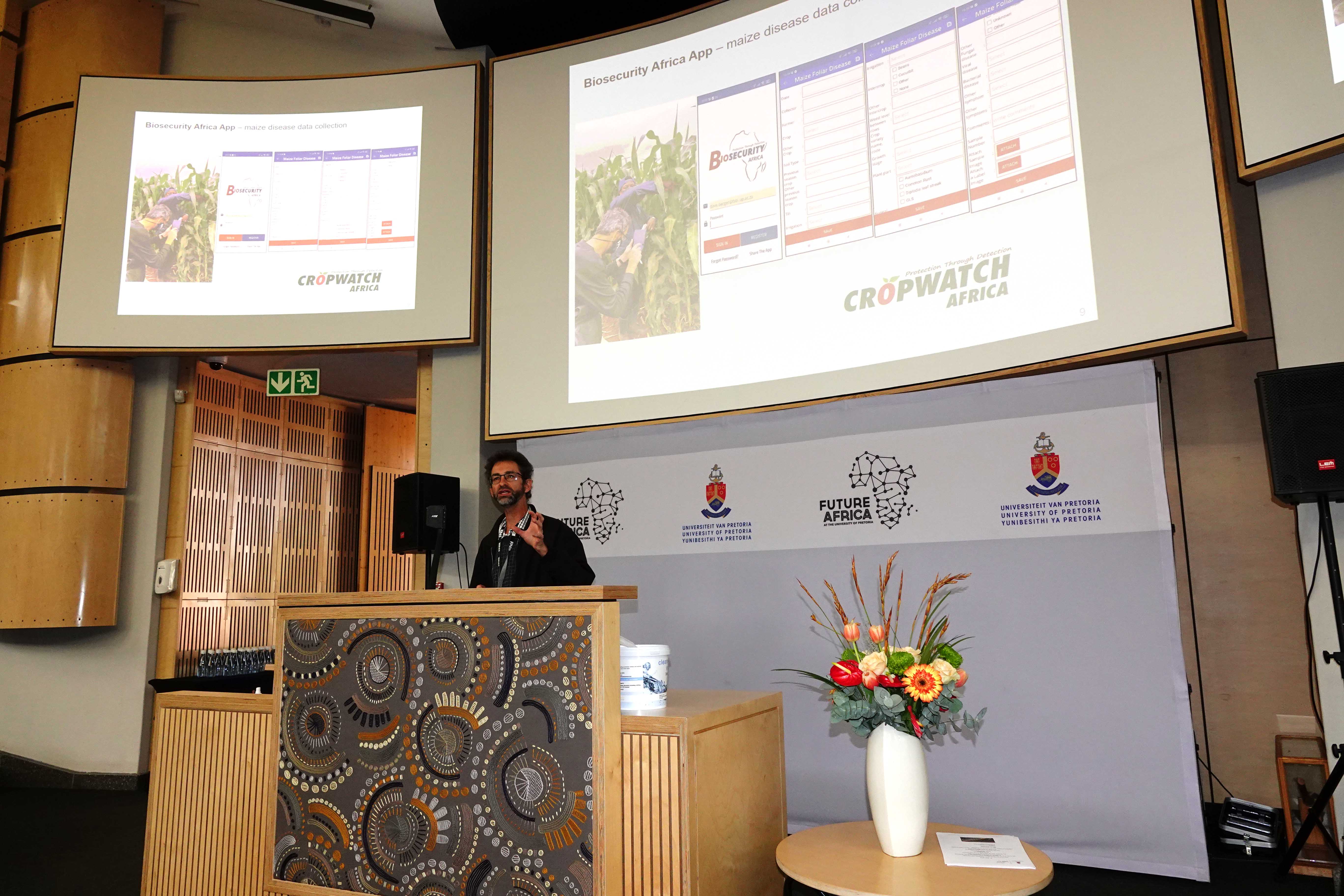 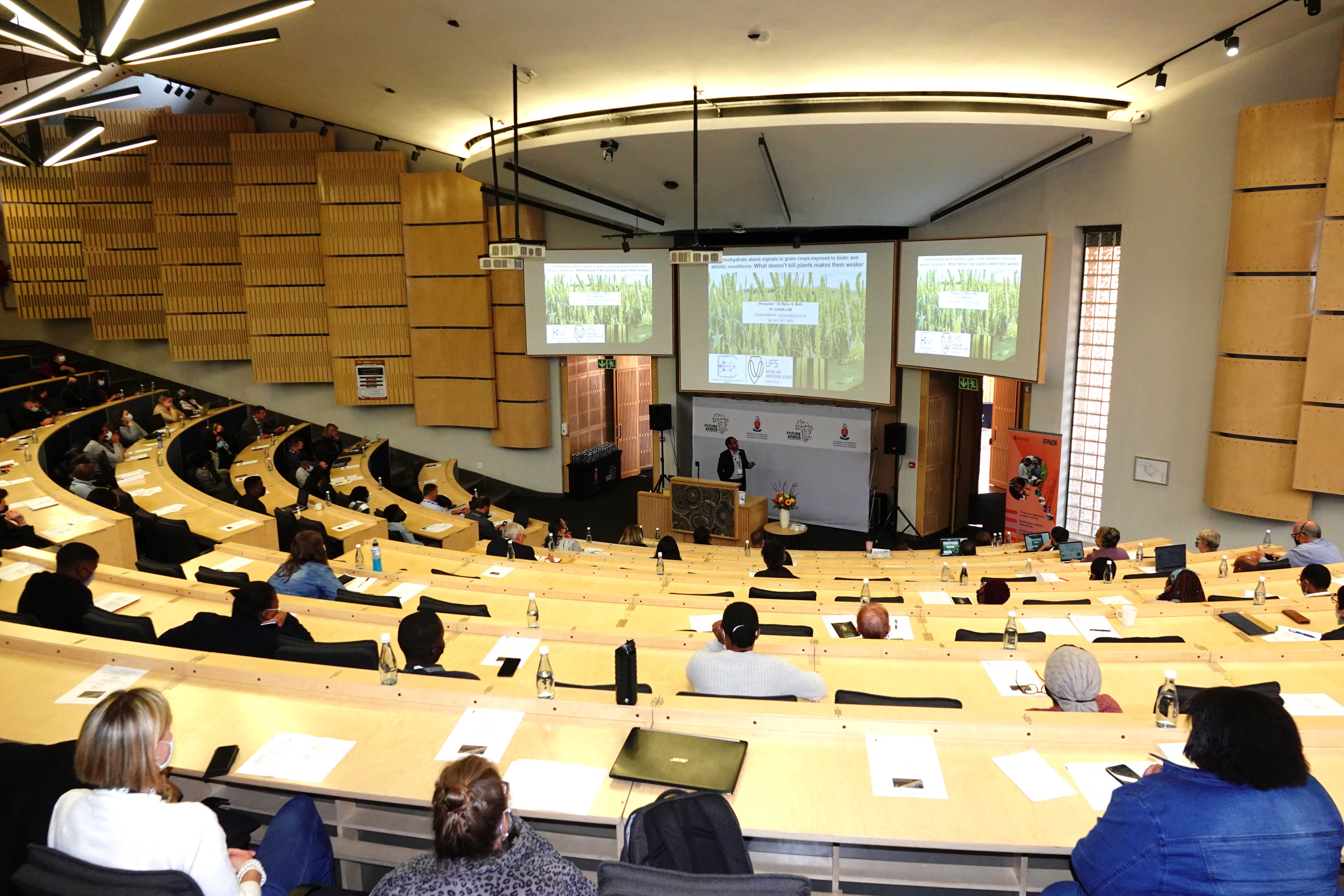 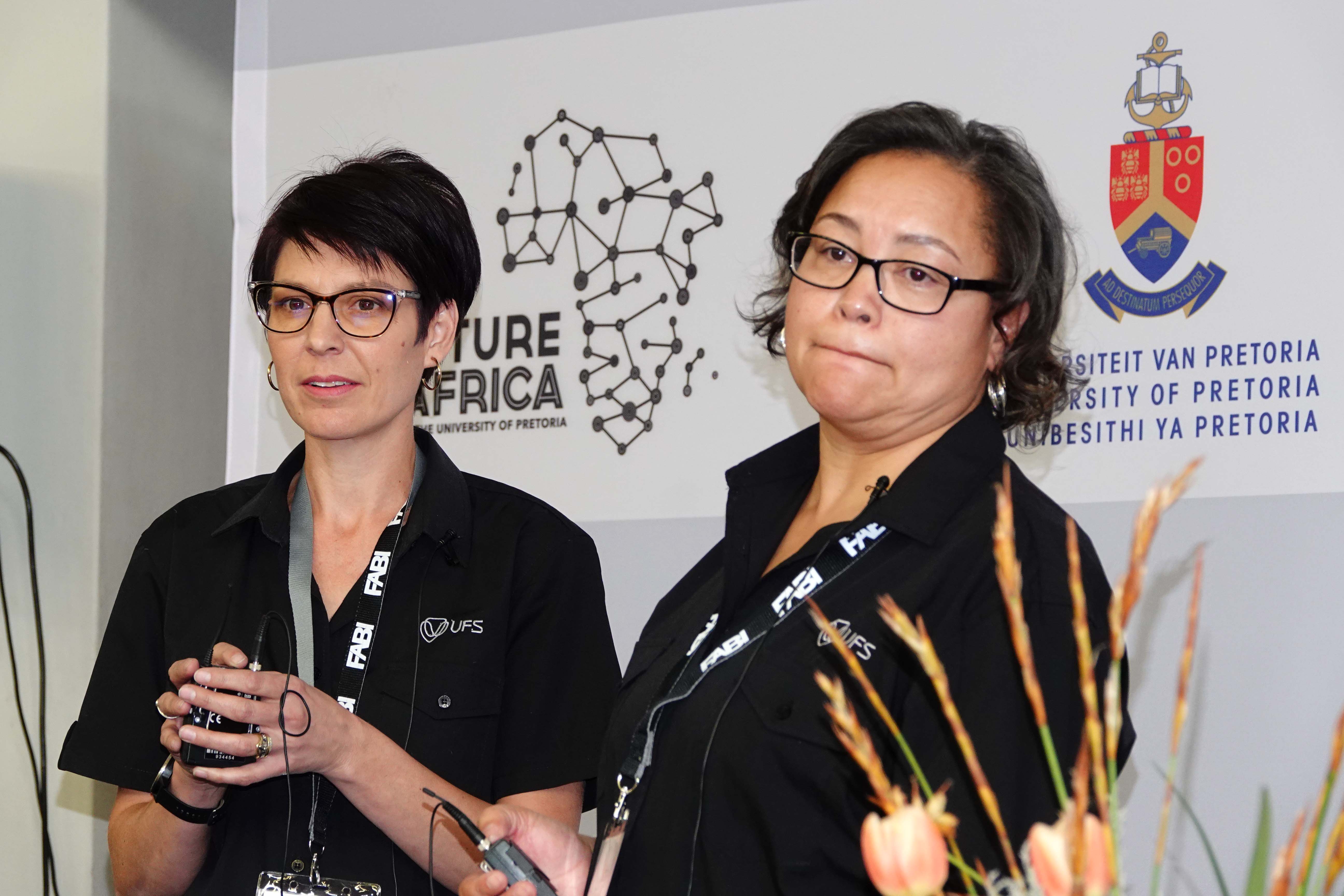 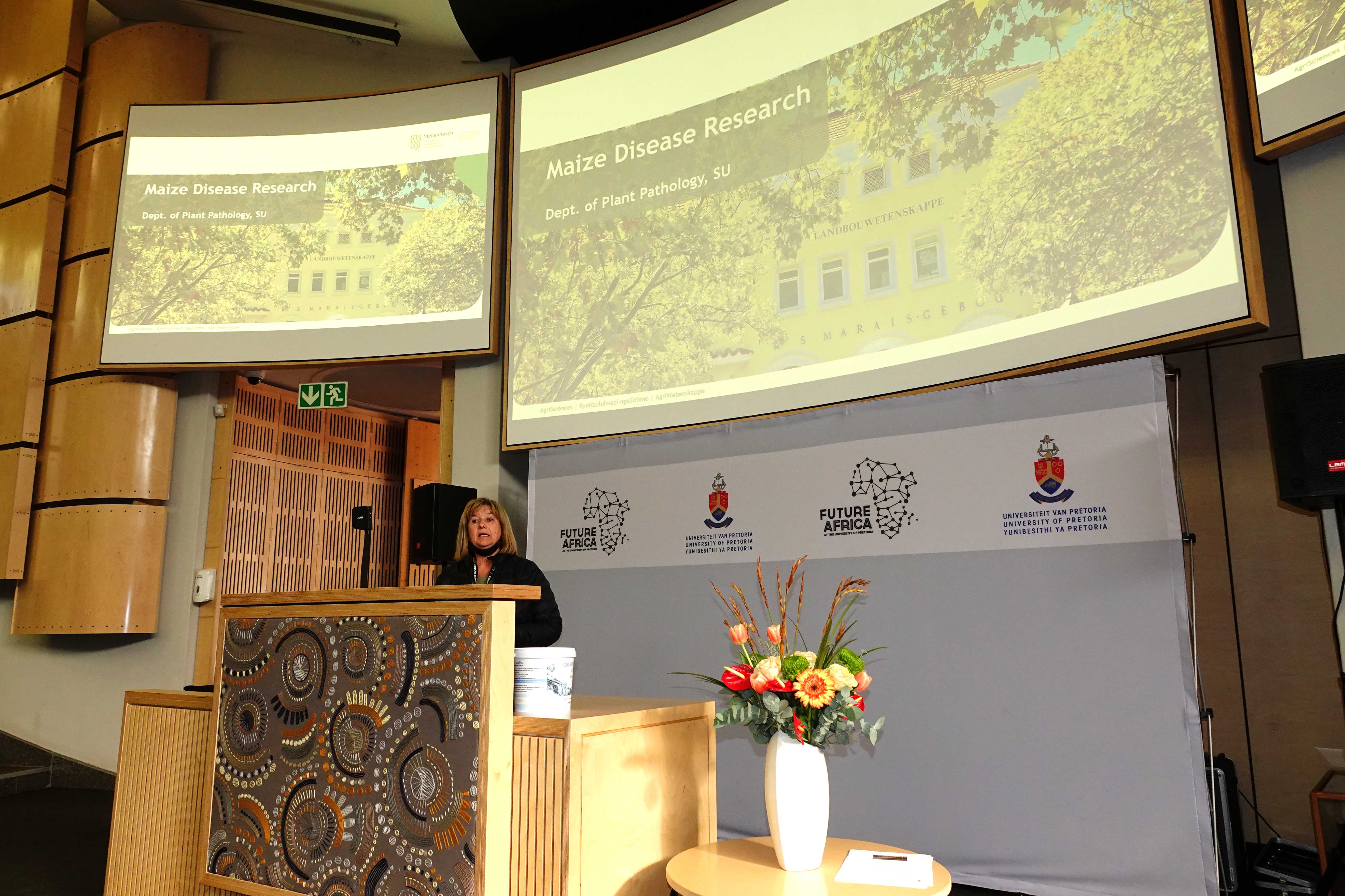 On 9 May the National Grain Research Programme hosted its first research day at the University of Pretoria’s Future Africa campus. The event attended by grain stakeholders from academia, industry and government represented a brave and important next step for the programme. The NGRP aims to i) increase collaboration between government, industry, local Universities and other research institutes; ii) increase engagements between grain and oilseed stakeholders and iii) to promote industry-relevant, outcomes-based research.

Mr Jannie de Villiers, chairperson of the NGRP board, set the scene for the day by emphasizing the need for co-operation and partnerships to optimize the resources available to the grain industry to help secure food for future generations. We then welcomed Mr Wandile Sihlobo from the Agricultural Business Chamber of South Africa (Agbiz) who presented an overview on South African agriculture and the challenges experienced in the grain value chain, including the rising fertilizer costs, the Russia-Ukraine war and floods. Brief overviews and university perspectives on NGRP activities were then discussed by Prof. Bernard Slippers (Director: the Forestry and Agricultural Biotechnology Institute, University of Pretoria), Prof. Danie Brink (Dean: Faculty of AgriSciences, Stellenbosch University) and Prof. Corli Witthuhn (Vice-Rector: Research and Internationalisation, University of the Free State). The overall message was again one of collaboration and the need for partnerships to tackle grain problems in the country. This led us into presentations from researchers and students from the three Universities, where a broad range of themes and topics were covered with the importance of projects to the grain industry highlighted throughout.

Late afternoon, the NGRP board also had their first formal meeting after the appointment of the chairperson, Mr Jannie de Villiers, and two co-directors, Dr Miekie Human (Grain SA) and Prof. Cobus Visagie (FABI-UP). This was followed by a dinner, networking and reflection on the day.

The day is widely seen as successful at taking a first step at further building relationships and trust between various grain stakeholders. The NGRP members are keen to build on this foundation to grow the NGRP and we look forward to next year’s research day to reflect this. On behalf of the NGRP, we would like to thank everybody who joined the meeting in person and virtually, and everybody who helped organize this meeting. A special thanks to Mr Willem Botes (SU) and Dr Adré Minnaar-Ontong (UFS) who helped put the program together, attended in person and ensured there is strong representation from all stakeholders. We are also especially indebted to our various industry and government representatives who gave their time and support and who actively engaged with us on the day.