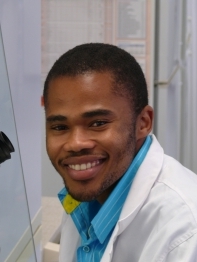 A PhD student in FABI, Osmond Mlonyeni, has been chosen as a 2015 Lindau Fellow to attend the 65th Lindau meeting in Germany in June 2015. The conference has an interdisciplinary focus this year. Osmond will be joined by 650 other fellows from around the world, as well as 70 Nobel laureates. In addition, he has been selected in a smaller group of fellows who will receive financial support for the meeting from the Bosch Foundation. We congratulate Osmond on this major achievement and wish him all the best for flying the FABI flag high among this select group of international scientists! We look forward to his feedback from the meeting.