Another successful round of pine screening completed 2015-05-02 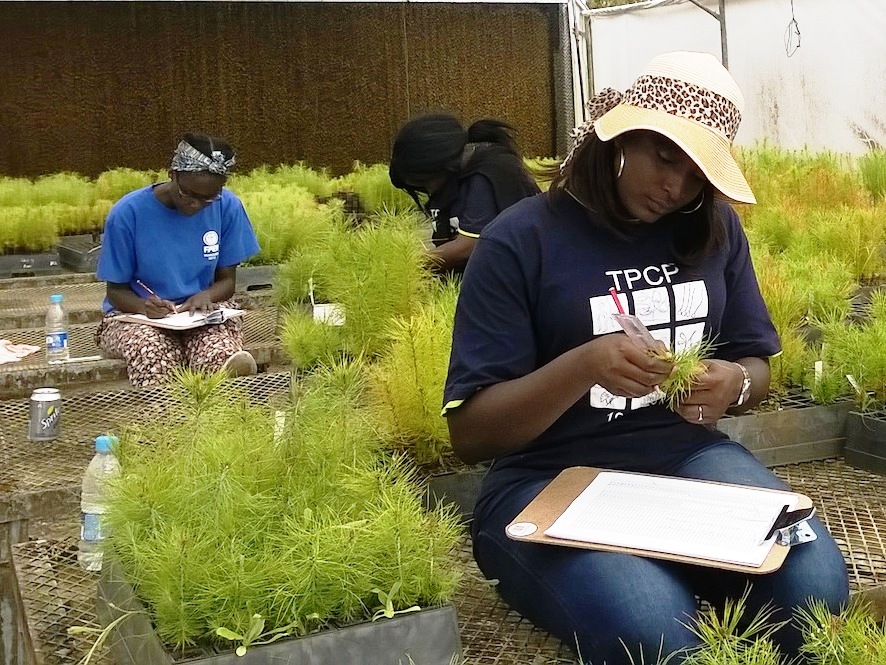 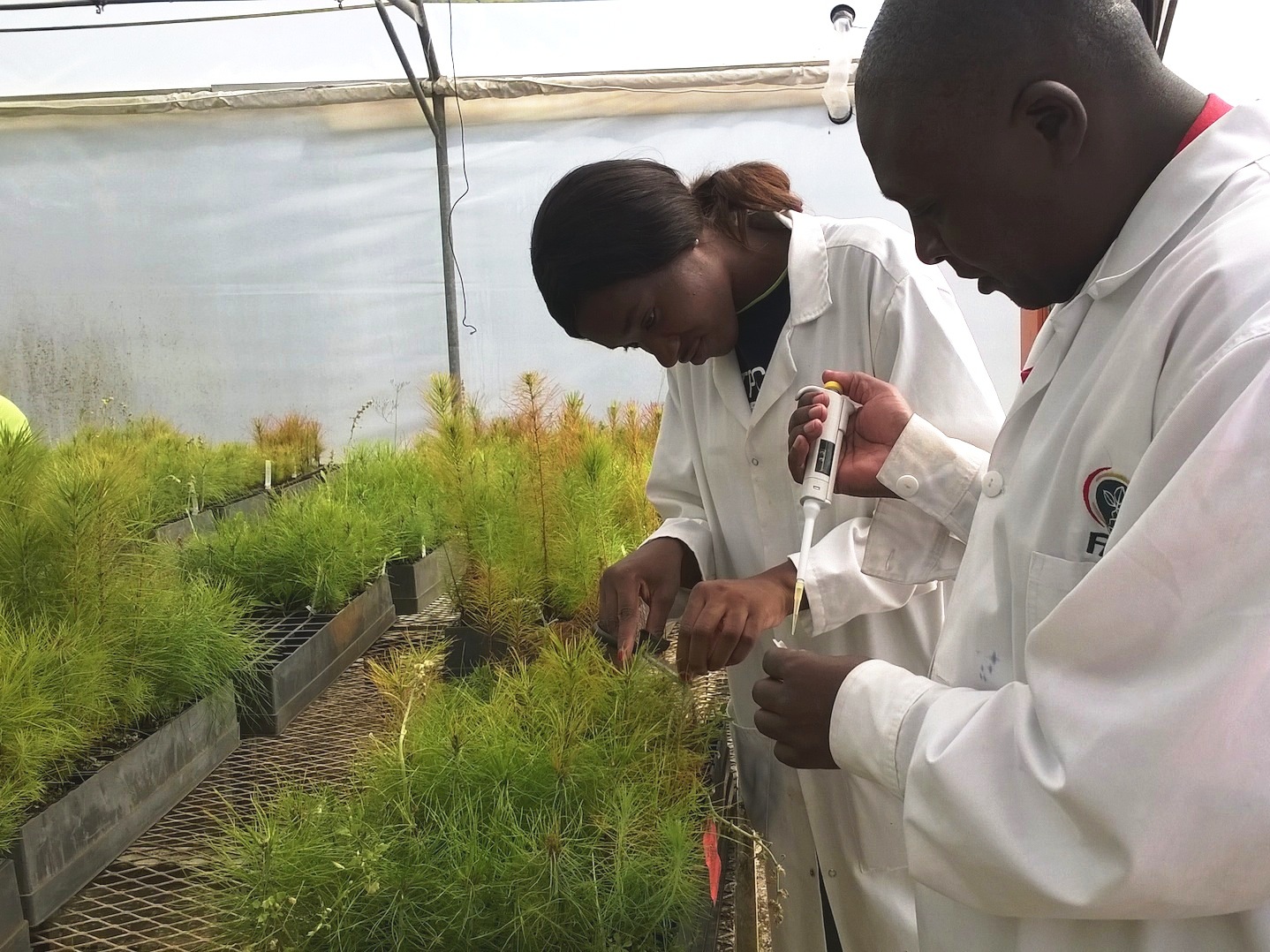 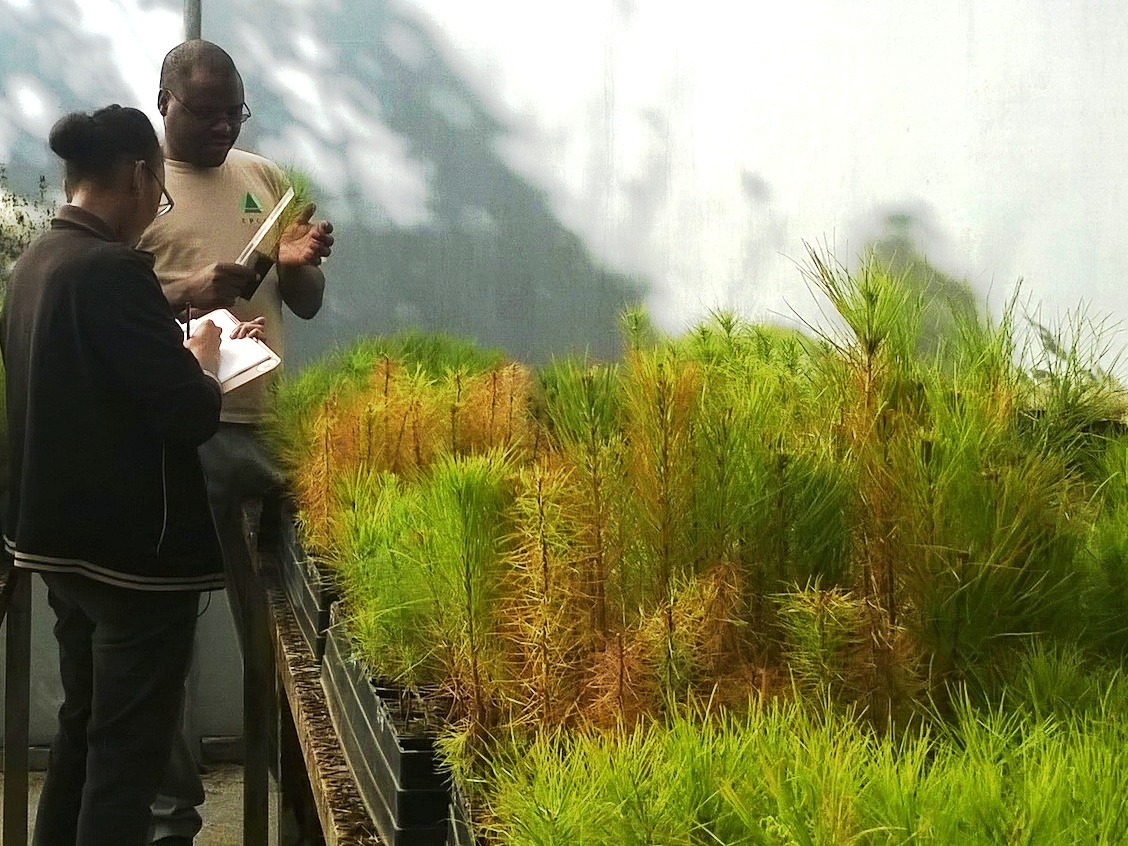 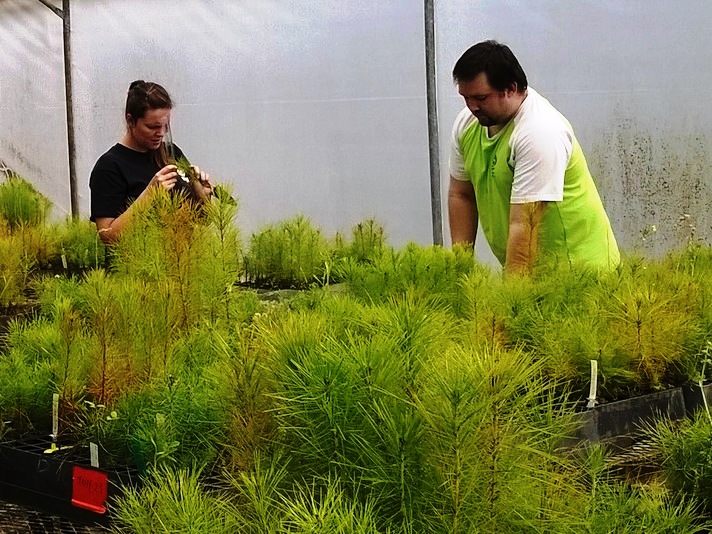 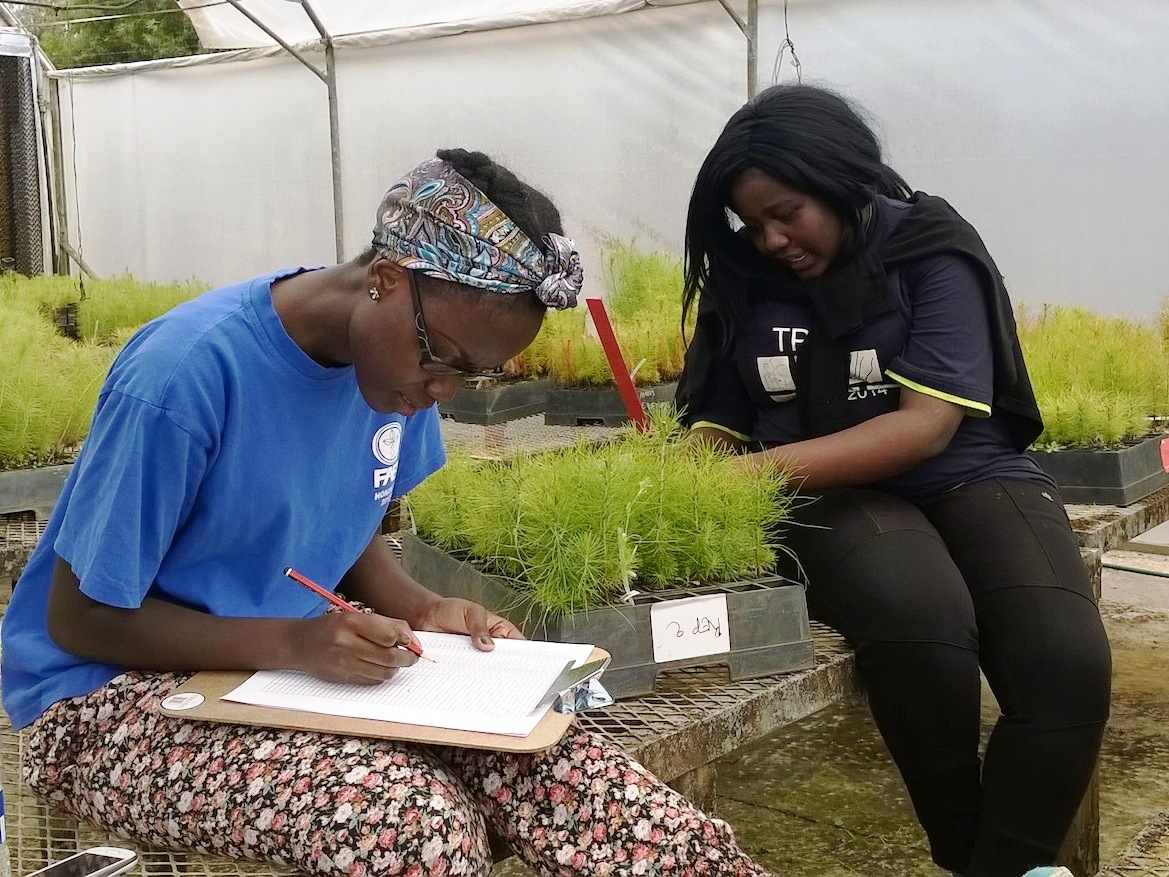 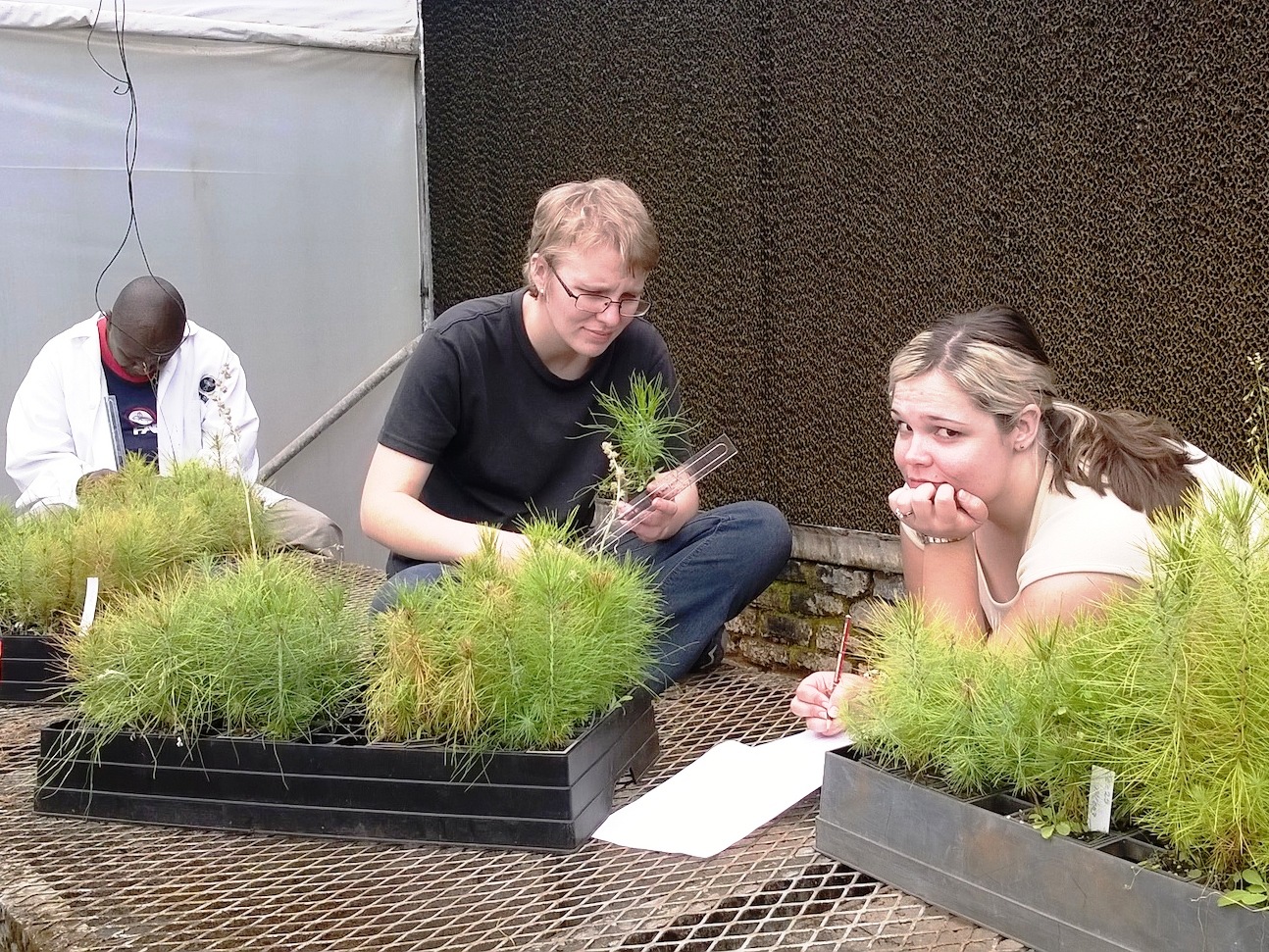 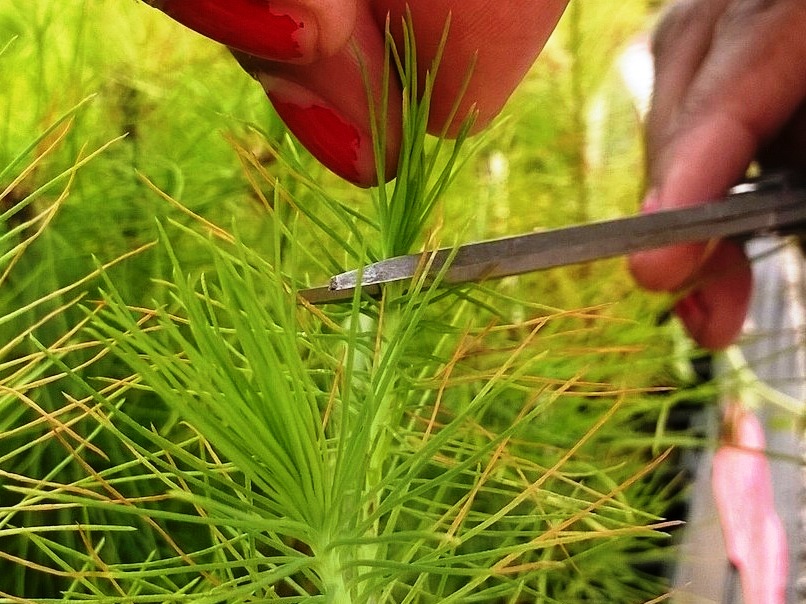 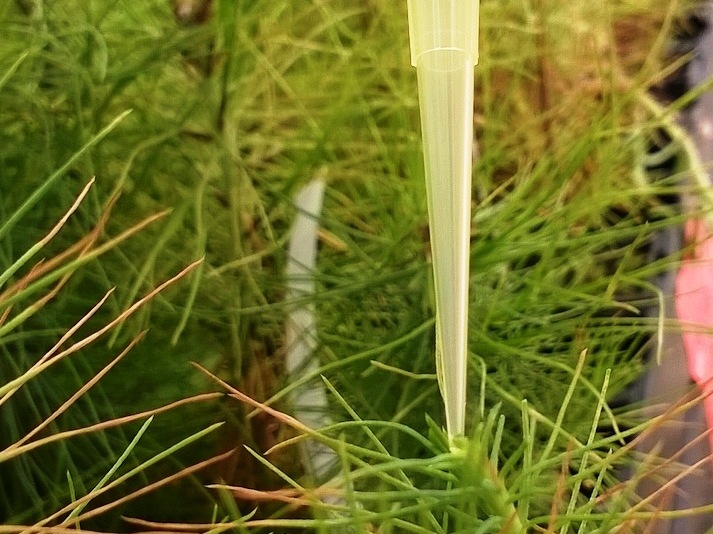 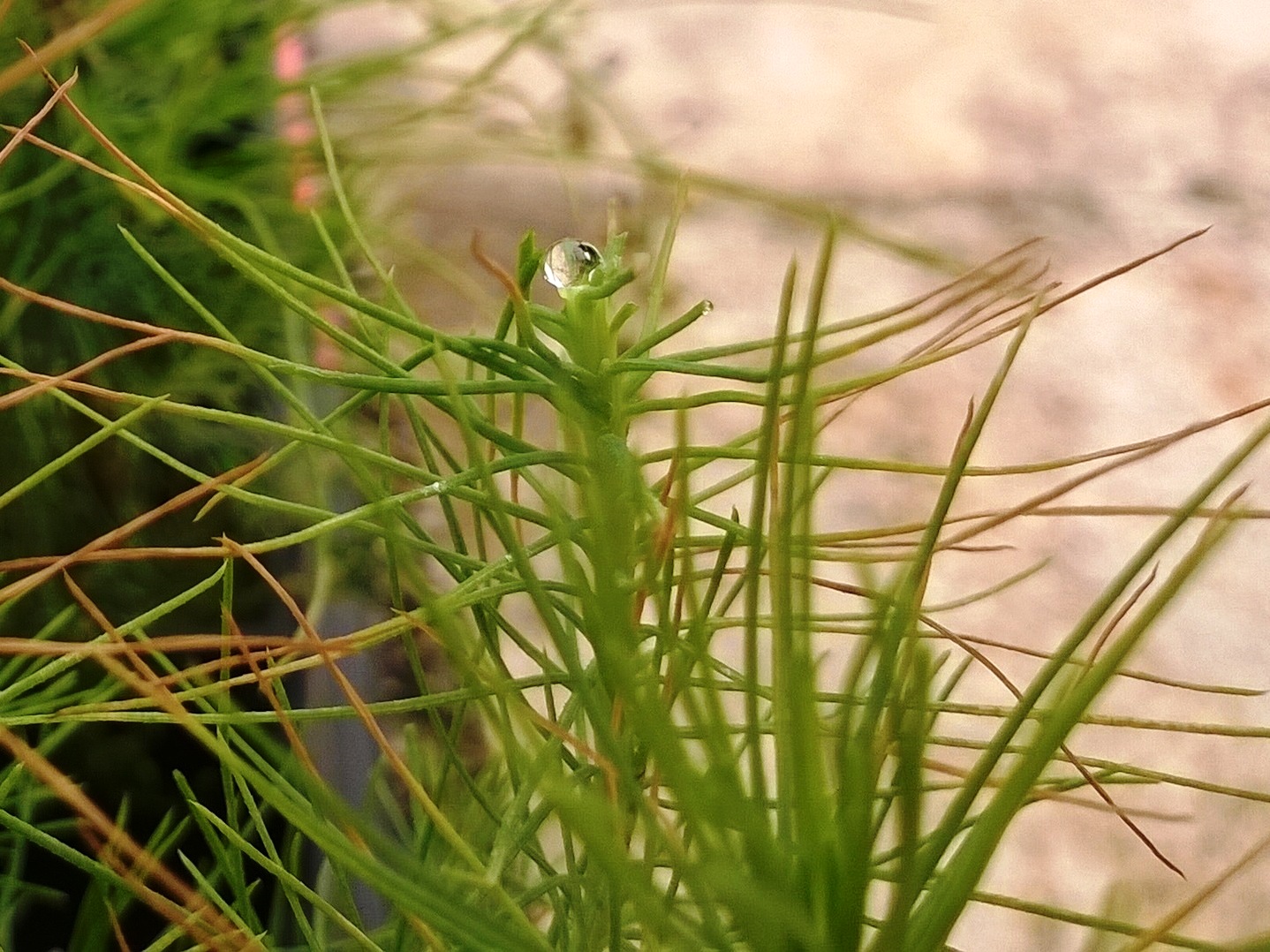 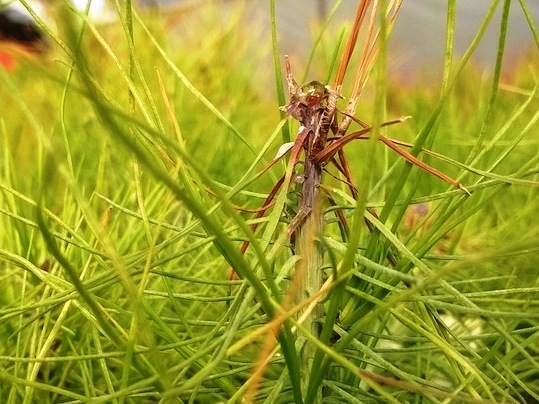 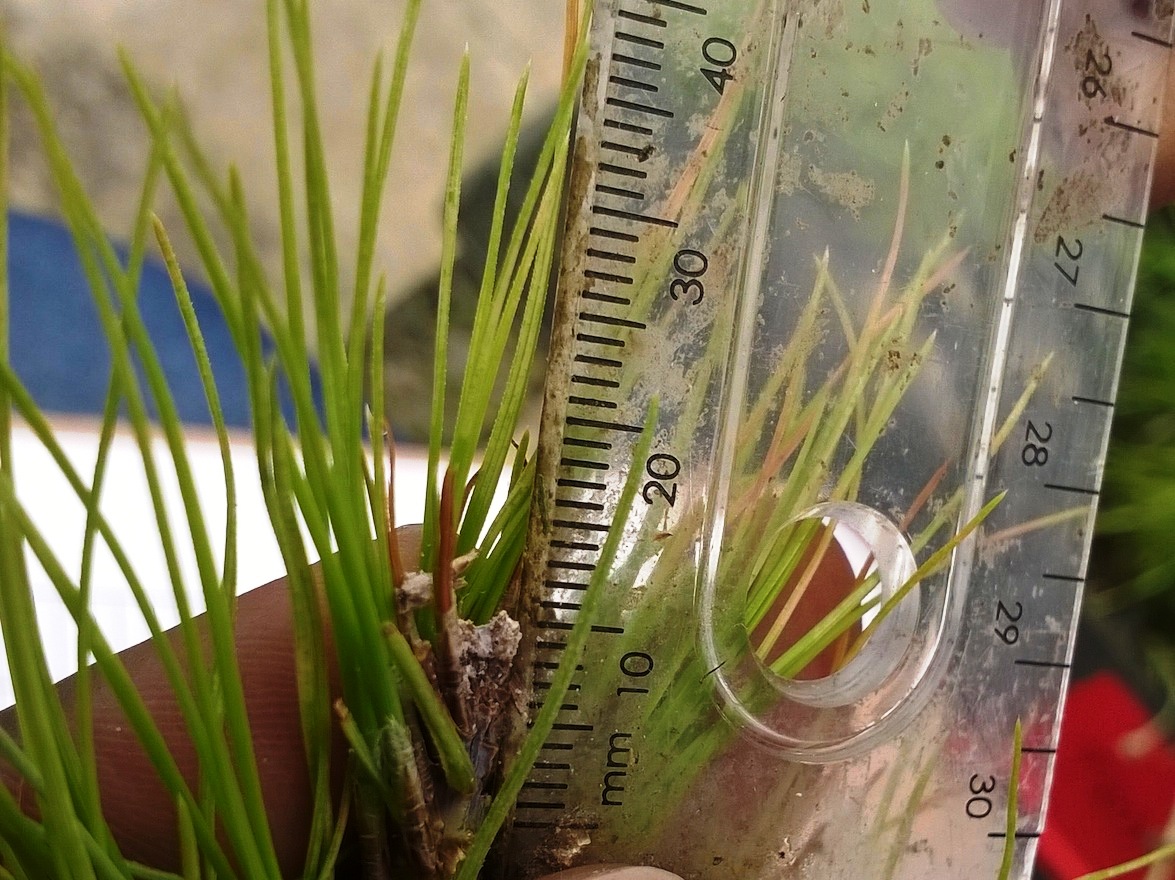 During the past week another round of resistance screening of pine seedlings against Fusarium circinatum has been completed at FABI. This fungus is a serious pathogen that causes pitch canker on pine trees. It was first reported in South Africa in 1990 on Pinus patula in a nursery in Mpumalanga Province. Since then, the fungus has spread throughout the country to pine nurseries and plantations causing serious root/collar rot on seedlings and pitch canker on mature trees of various pine species.

As part of its service to the South African forestry industry, the TPCP research group in FABI has been conducting pine screening trials for several years. These trials, under supervision Prof. Emma Steenkamp and Dr Fahimeh Jami, take place twice a year in a dedicated greenhouse at the FABI nursery on the UP experimental farm. During each trial more than 10000 seedlings of different families and hybrids supplied by the industry members are inoculated with the pitch canker fungus. This laborious task is undertaken by 8-12 PhD and MSc students of FABI as part of their training. Inoculations are done by removing the meristems and placing a 10 µl spore suspension (50 000 conidia/ml) on the open wound. The lesion lengths are then measured six weeks after inoculation. The results of these experiments clearly distinguish between resistant and susceptable plants and inform the various companies on the selection and breeding of trees resistant to the disease.

More detailed information about pitch canker research at FABI can be found in the attached list of research papers.