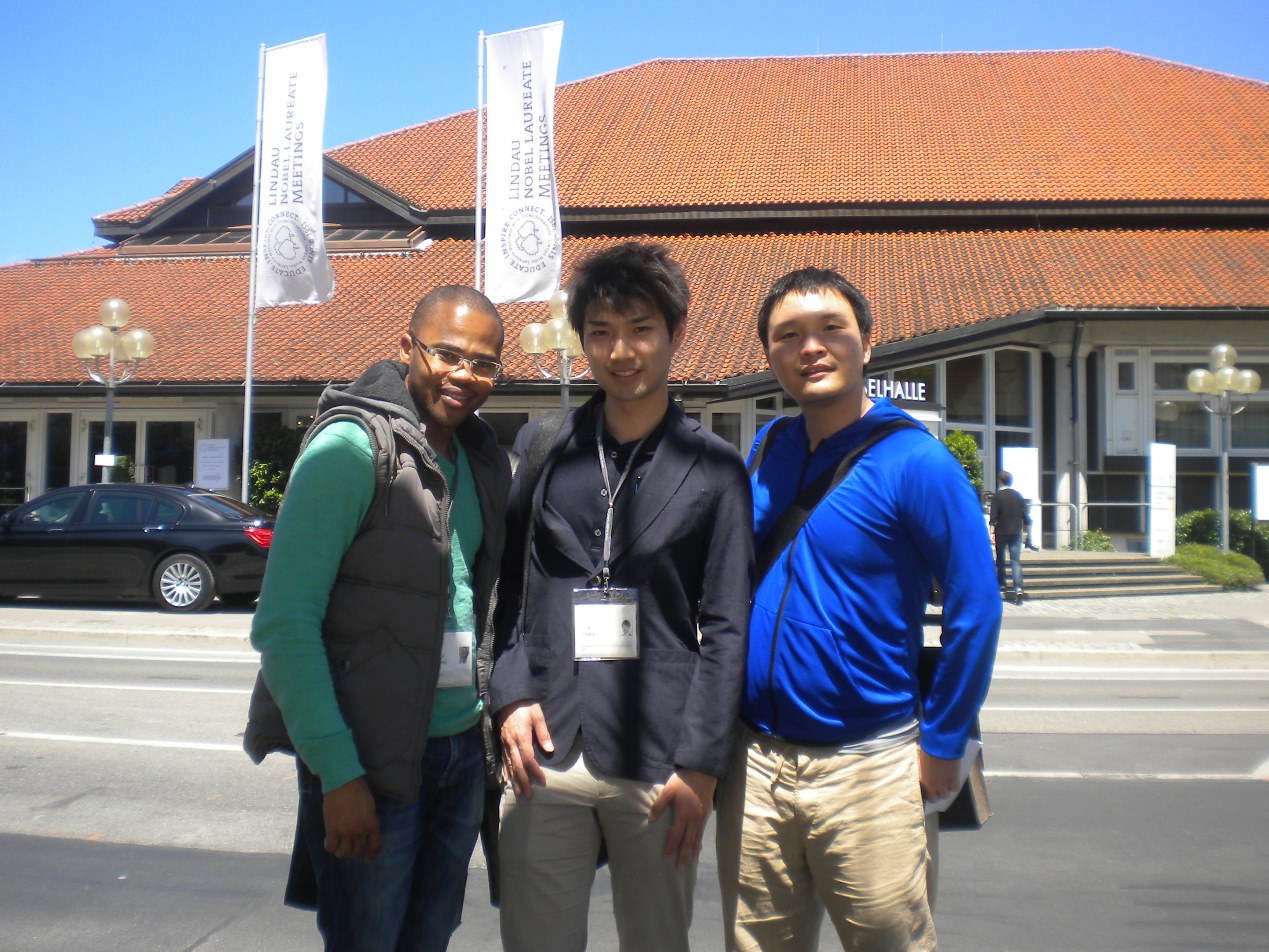 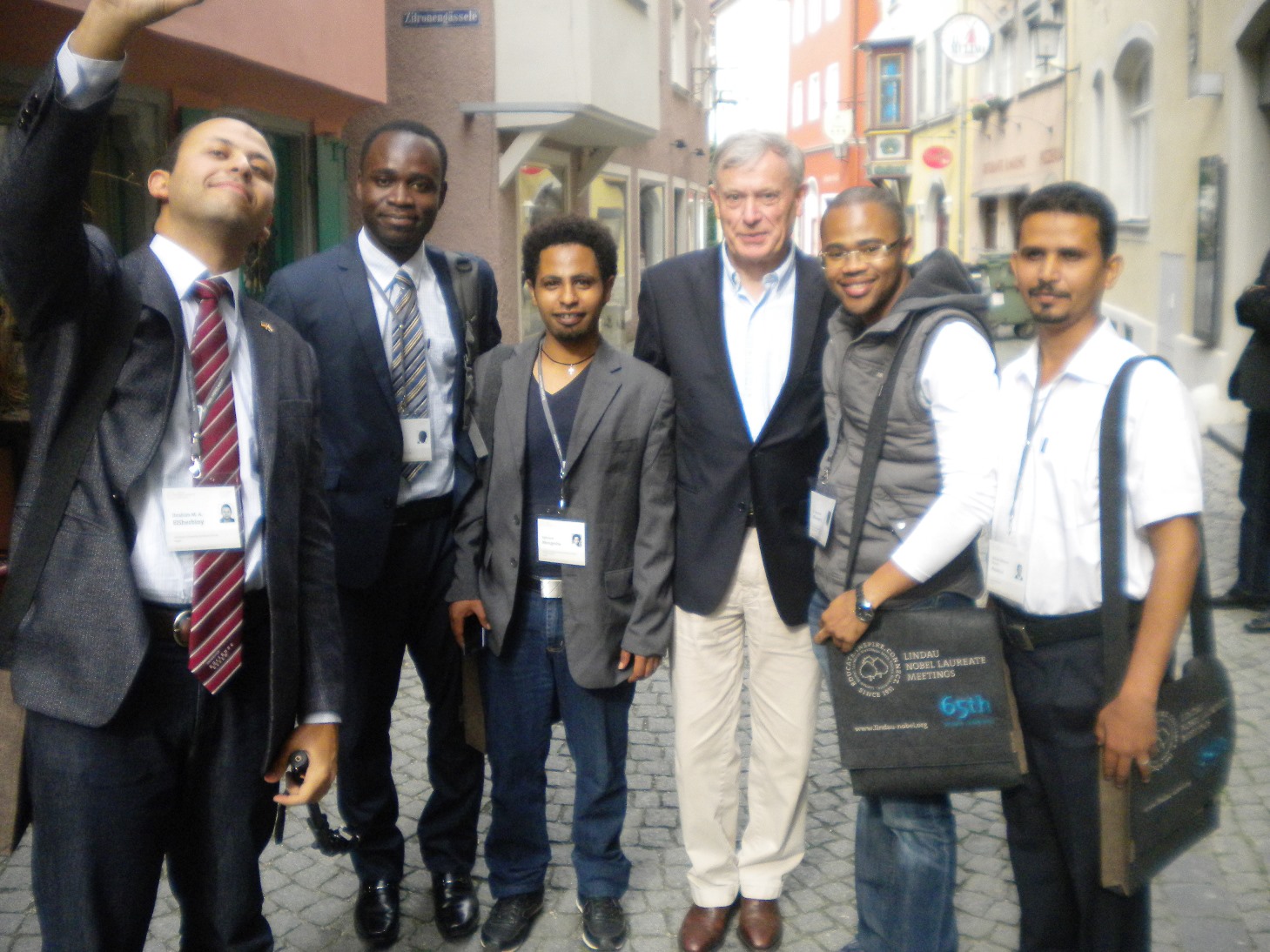 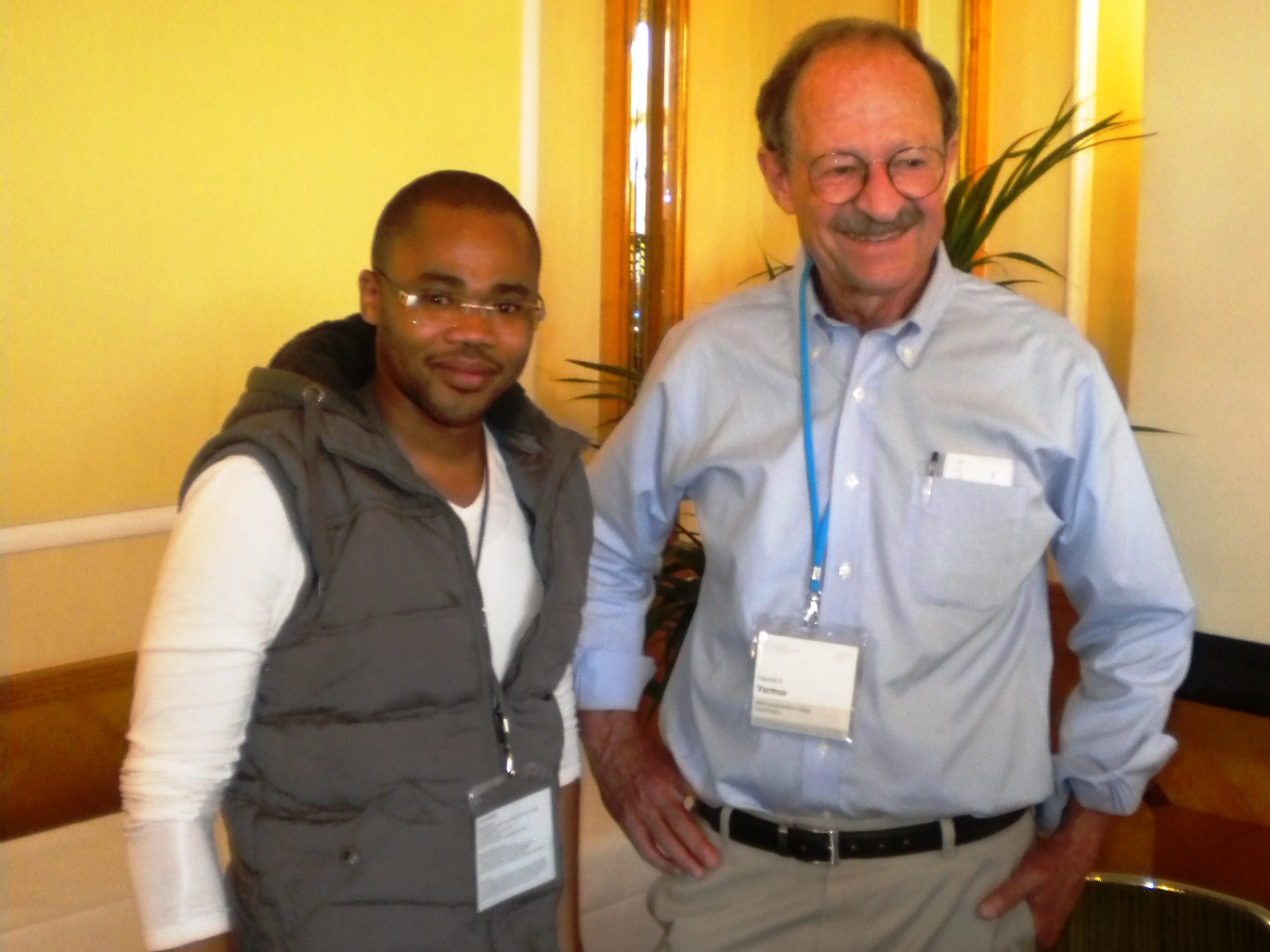 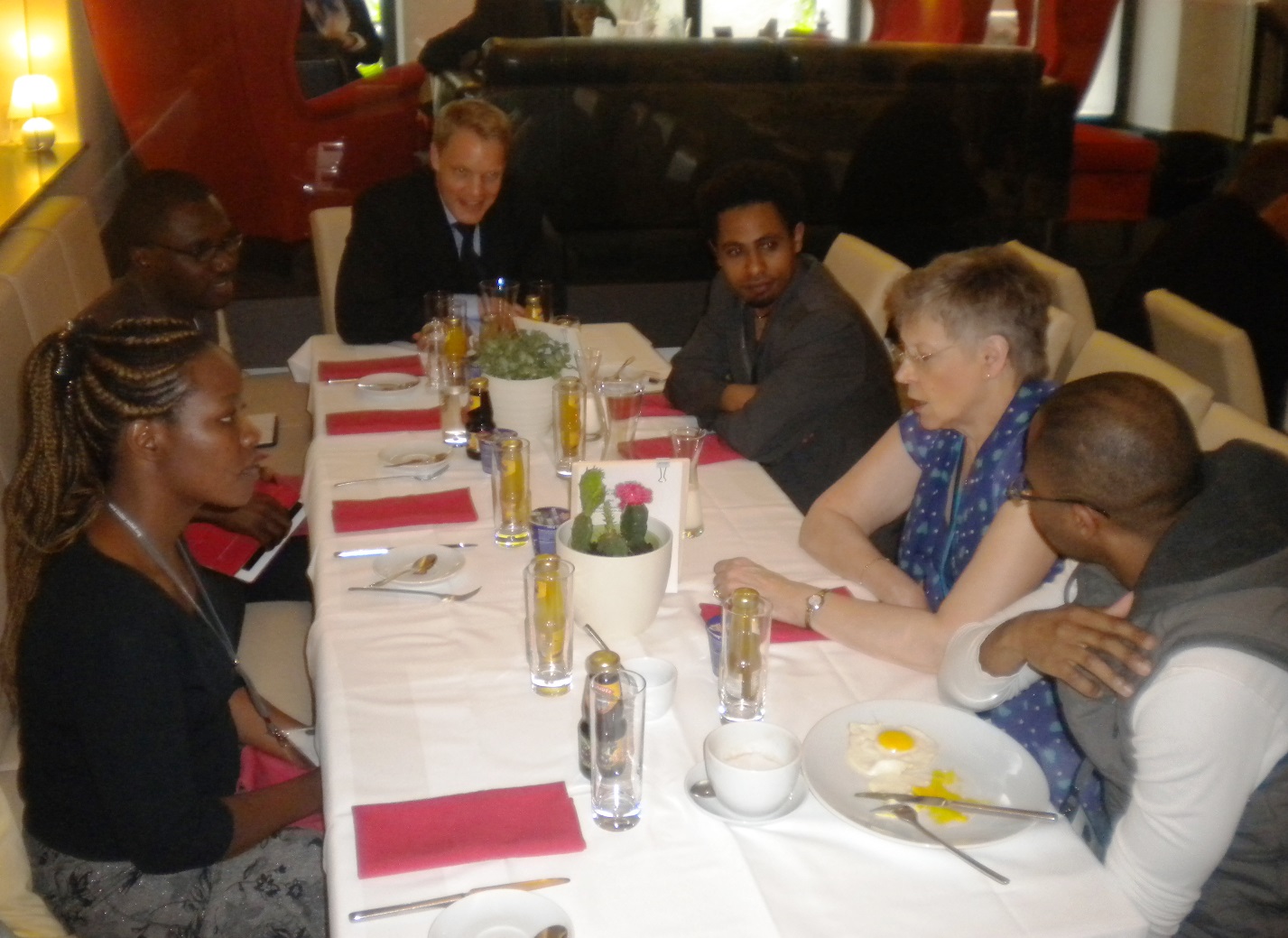 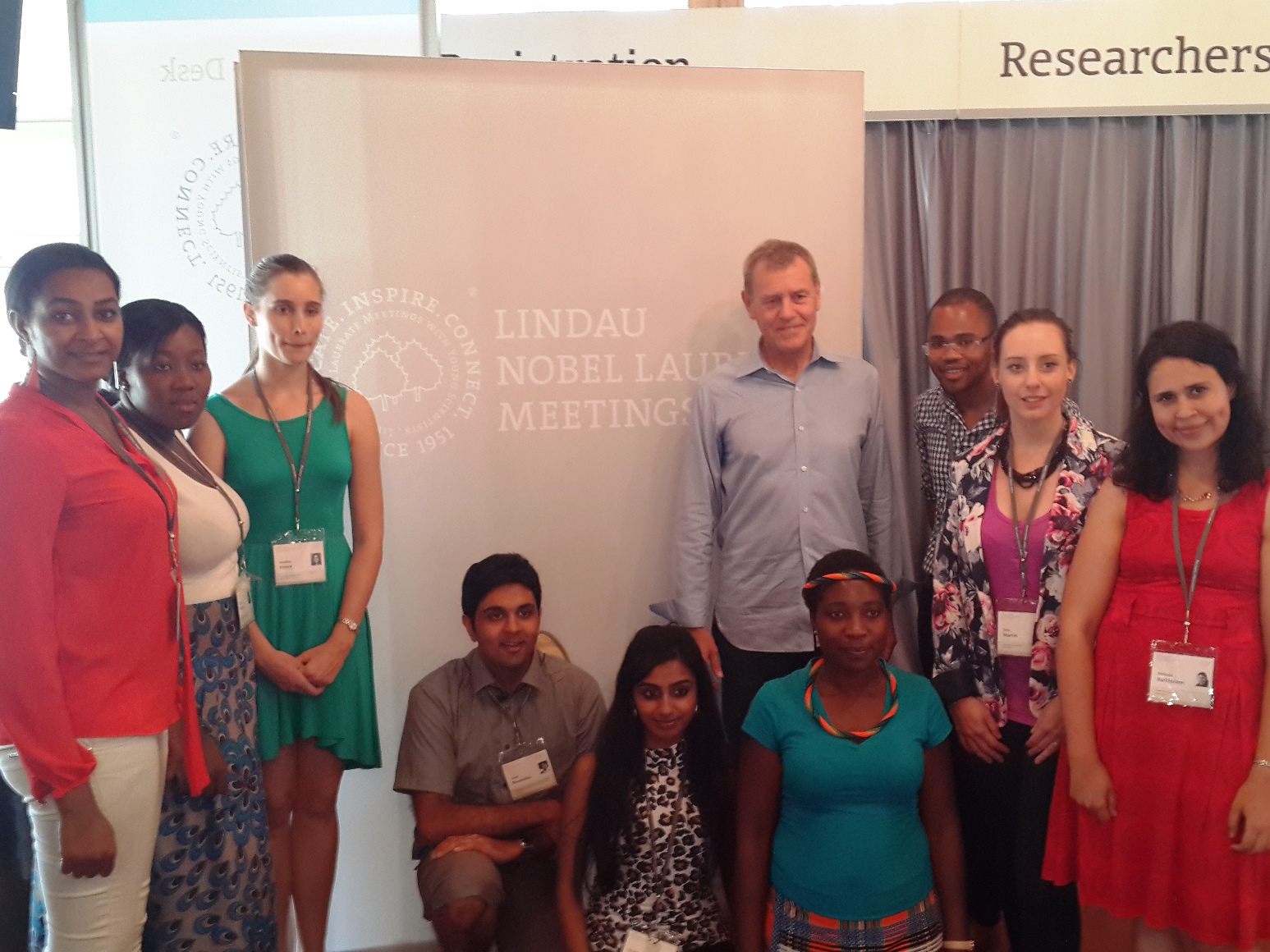 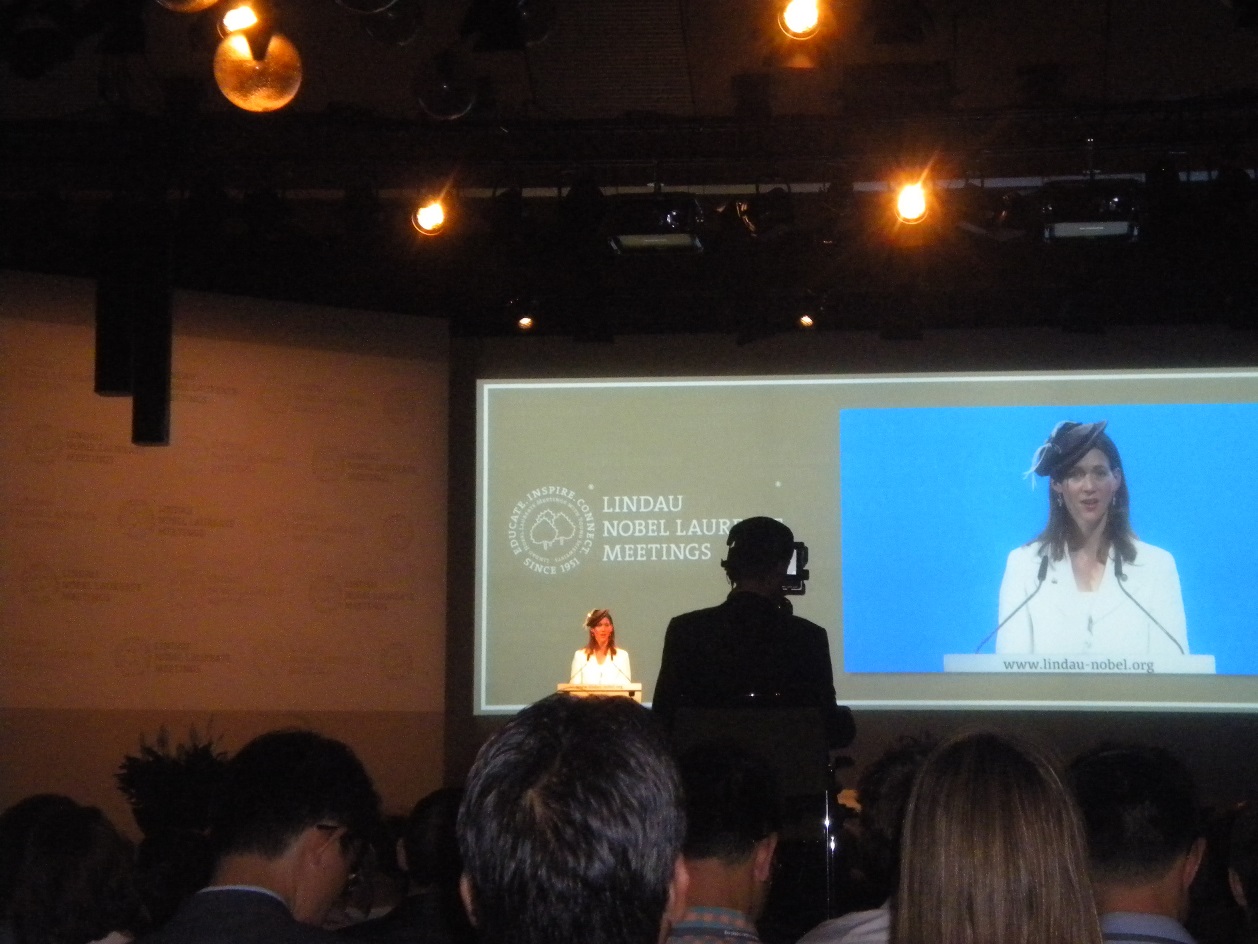 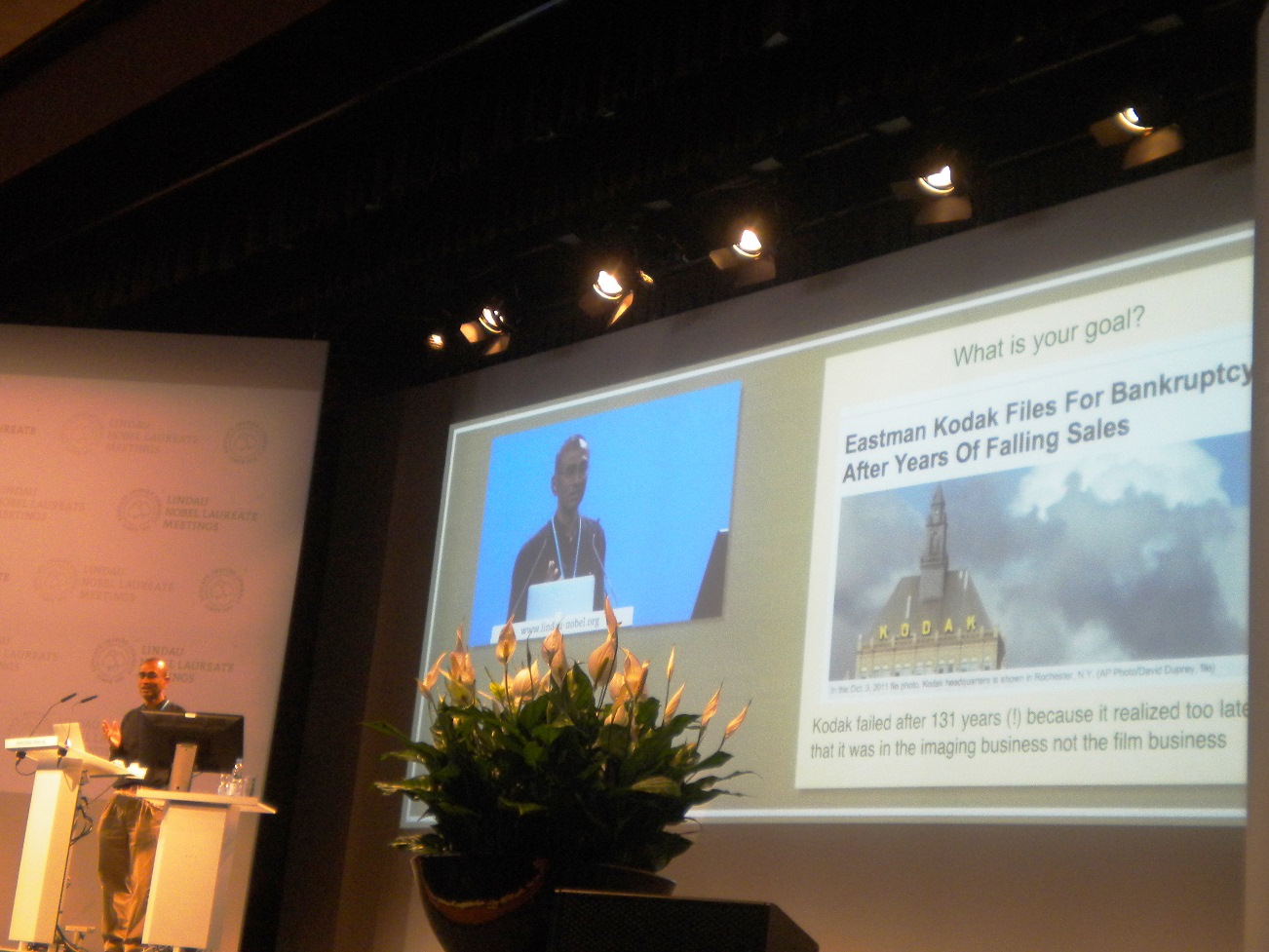 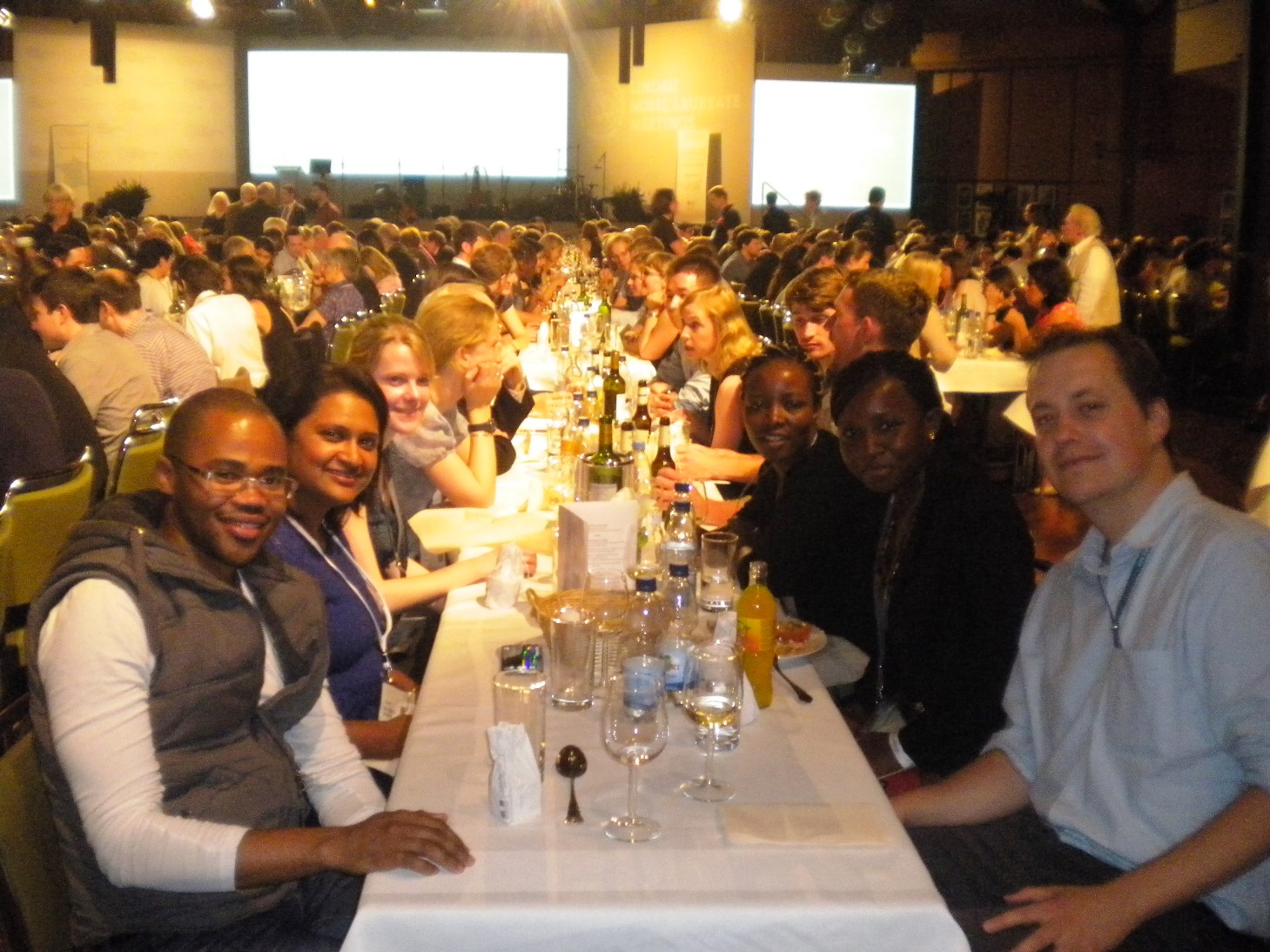 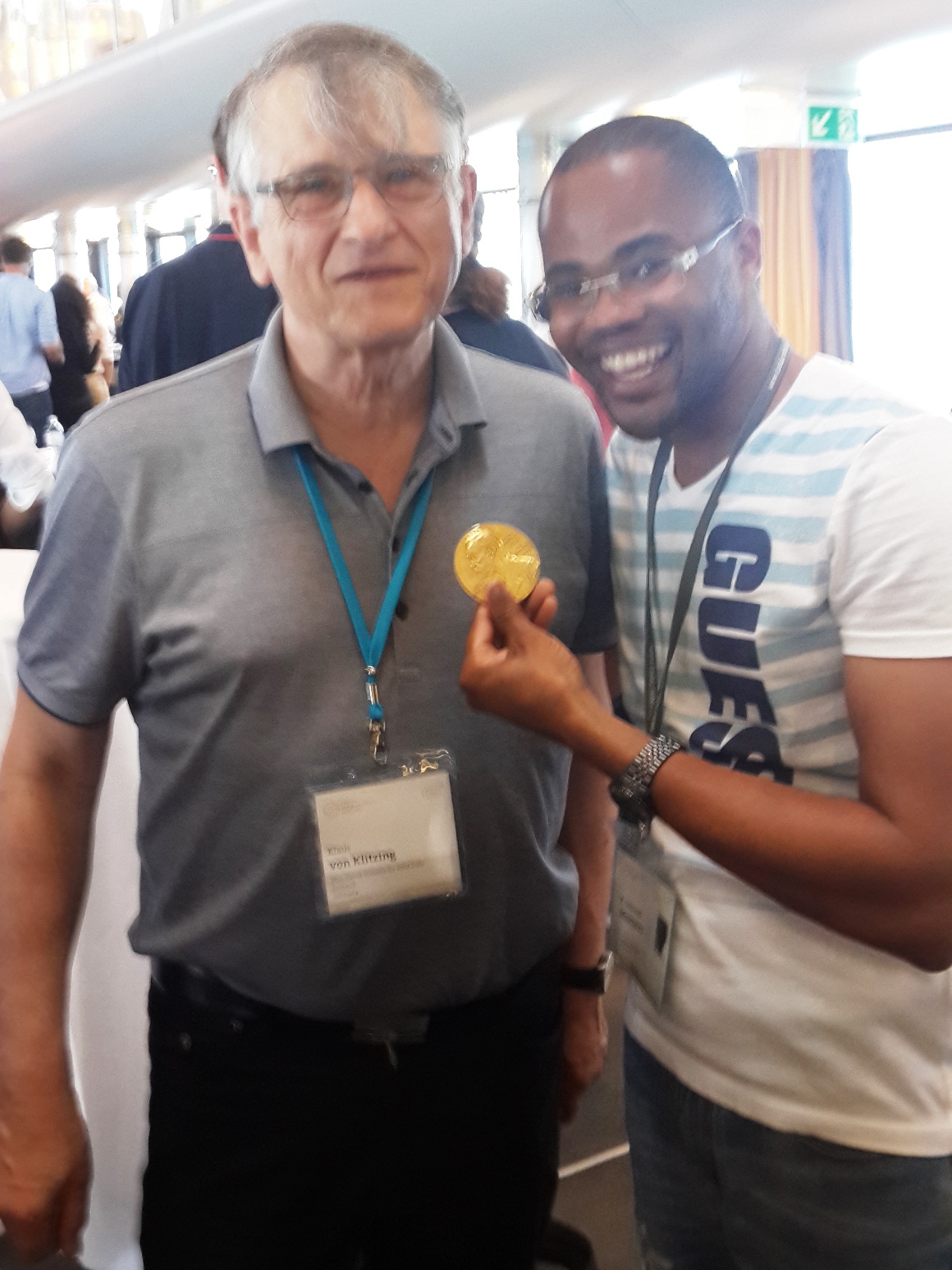 Between 28 June to 3 July 2015, FABI PhD student Osmond Mlonyeni had the privilege to attend the 65th Lindau Nobel Laureate Meeting in Germany as a Horst Köhler Fellow, following his nomination by the Global Young Academy and Robert Bosch Stiftung.

The prestigious gathering was an interdisciplinary meeting that consisted of 65 Nobel Laureates, 651 young scientists that came from 88 different countries across six continents, and invited guests that included supporters, academic partners and the media.

The format of the meeting included plenary lectures, science breakfasts, master classes, social functions and a public lecture. True to the motto of the Lindau Nobel Laureate Meetings, the aim was to ‘Educate. Inspire. Connect’ generations of scientists that range from those that led "at least half a century of scientific breakthroughs that have deeply impacted our world" and aspirant young scientists.

The meeting was opened by Countess Bettina Bernadotte, the President of the Council for the Lindau Nobel Laureate Meetings with the welcome address delivered by President Joachim Gauck, President of the Federal Republic of Germany. Plenary lectures ranged from Laser Revolution to Precision Medicine. Science breakfast topics ranged from Science and Ethics to Decoding Science Leadership. Master classes ranged from A 21st Century Career in Research to How the Immune System Works. Social functions ranged from invited dinners hosted by partners of the Lindau Meetings to the Grill and Chill with Lindau residents, and the public lecture by Wole Soyinka (Nobel 1986, Literature) that explored "When Survival Seems Learning Enough".

In addition, the young scientists from Africa, who are recipients of the Horst Köhler Fellowship, had the honour to share breakfast and a bit about their research with the former President of the Federal Republic of Germany, Prof. Dr. Horst Köhler and Prof. Françoise Barré-Sinoussi (Nobel 2008, Physiology or Medicine for the discovery of HIV). As part of the interaction with young scientists from Africa, Osmond was one of five young scientists who were interviewed by the media group ARD-Alpha Bildungskanal about their research and science in Africa. The interview can be viewed on Youtube.

There is no doubt that the 65th Lindau Nobel Laureate Meeting was a week in which science was the cornerstone of discussion yet integral in it was its impact and benefit for humanity! This was vividly illustrated by issuing of the Mainau Declaration 2015 on Climate Change by a substantial number of the Nobel Laureates attending this meeting.

So to the founders, Dr Franz Karl Hein, Professor Dr. Gustav Wilhelm Parade and Count Lennart Bernadotte, the bold idea that is the Lindau Nobel Laureate Meetings since 1951 remains bold, correct and steadfast in its quest to Educate. Inspire. Connect.

Prof. Dr. Horst Köhler (former President of the Federal Republic of Germany) with young scientists from Africa follow his hosting of the Africa Outreach Breakfast.

Prof. Françoise Barré-Sinoussi and young scientists from Africa at the Africa Outreach Breakfast.