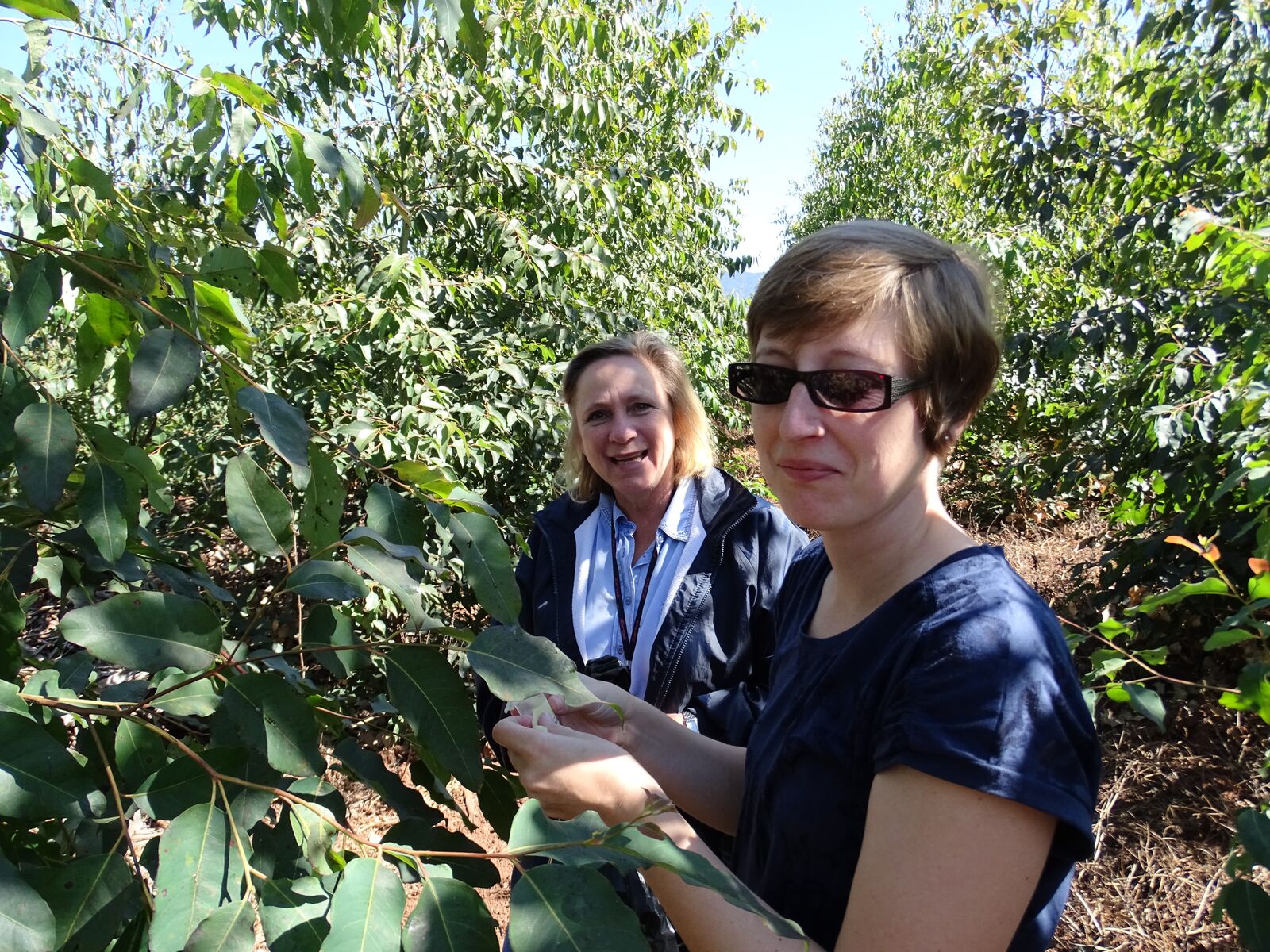 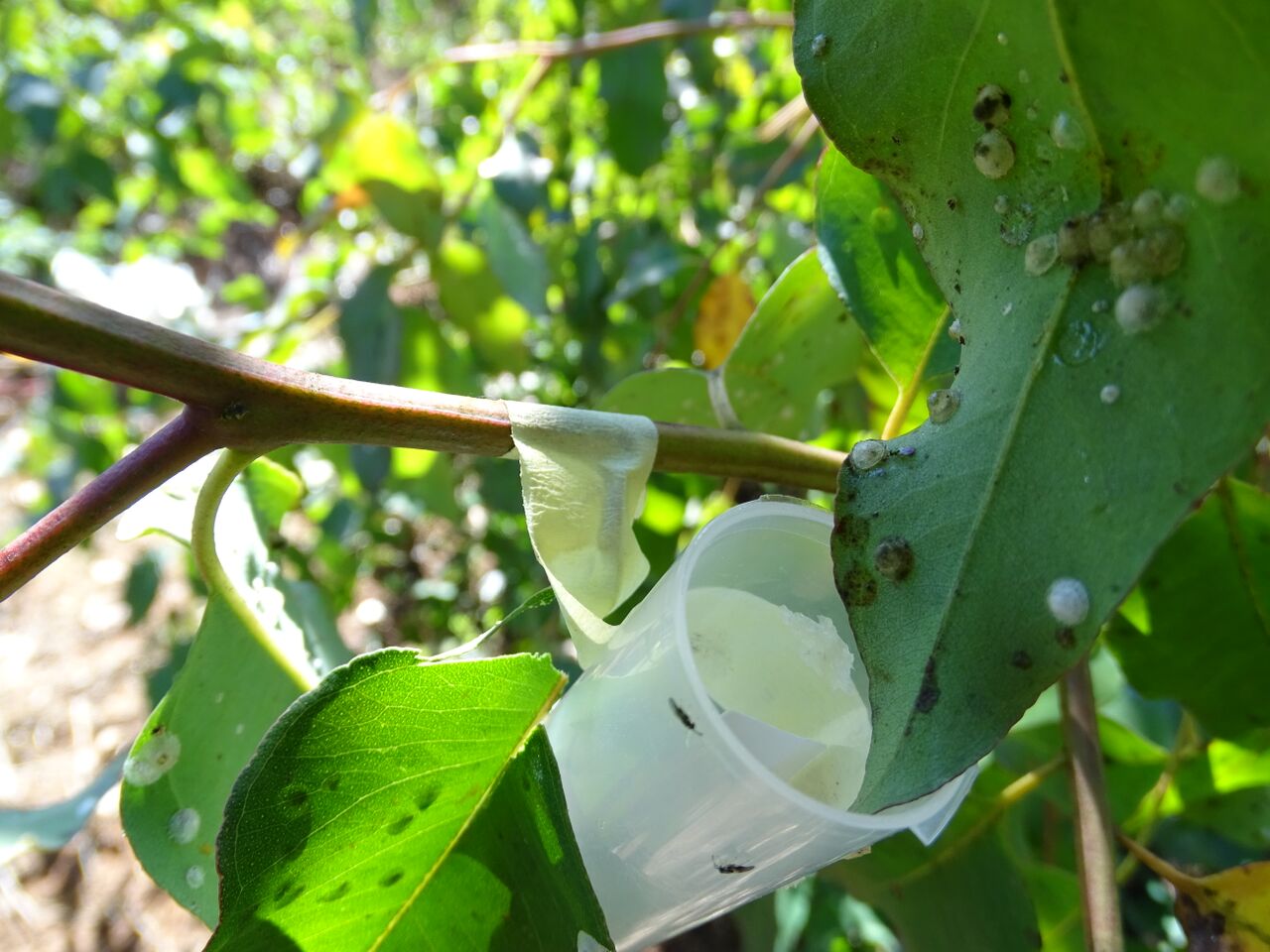 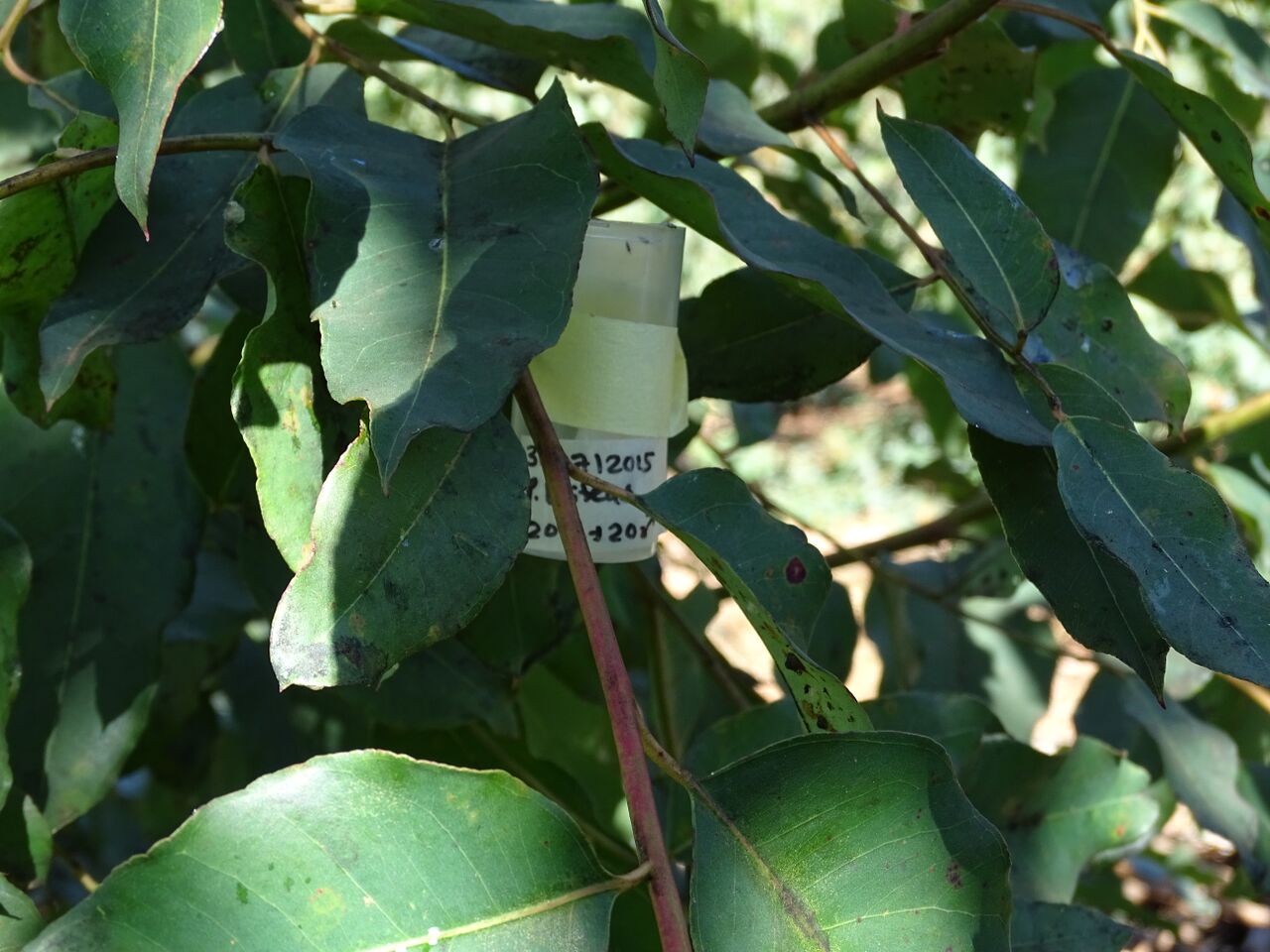 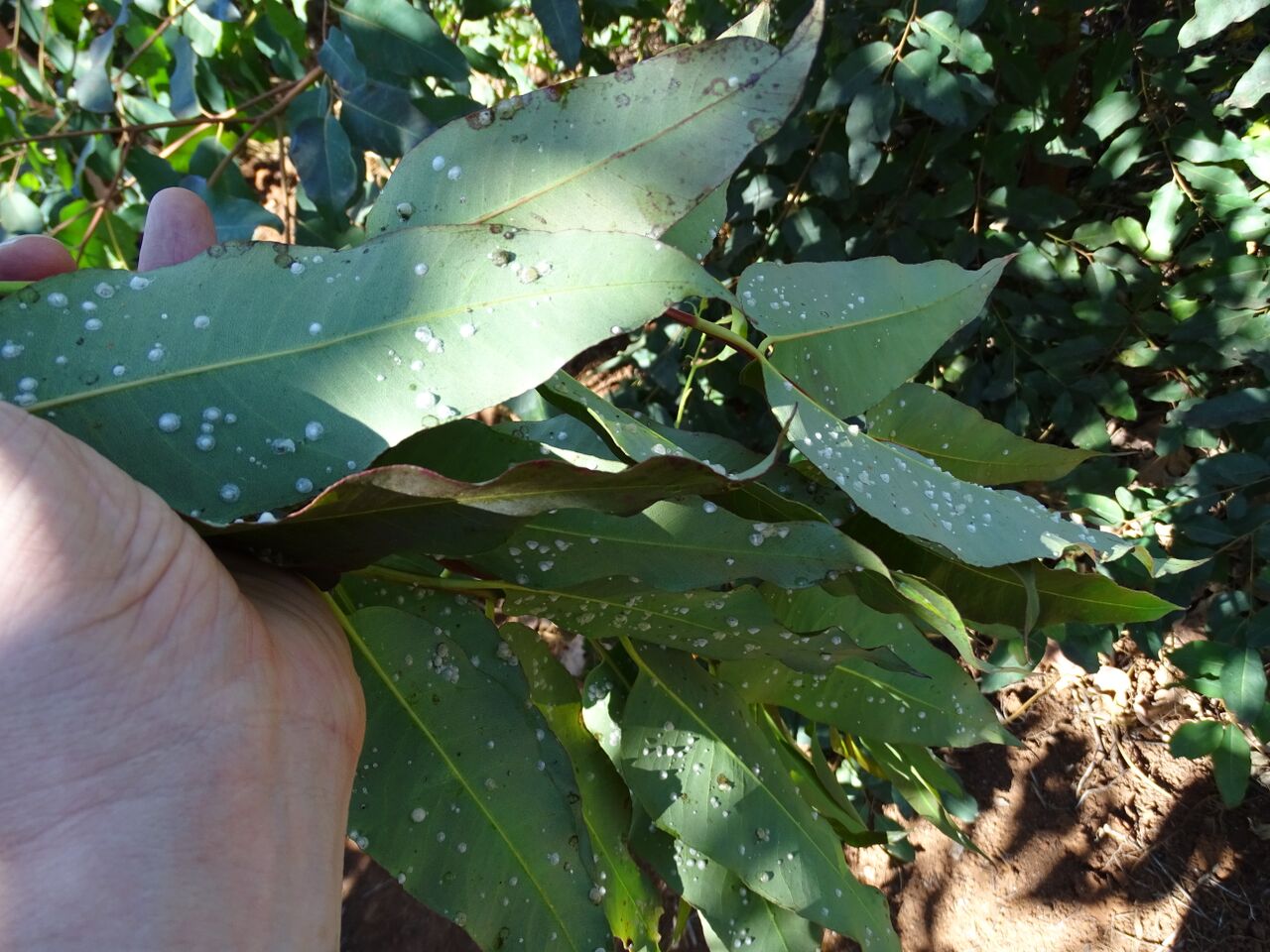 August 2015 marked the first releases of the parasitoid wasp Psyllaephagus bliteus in eucalypt plantations in South Africa. This wasp parasitizes the nymphs of the red gum lerp psyllid, Glycaspis brimblecombei, and has been released as a biological control agent in many countries where this insect has become a pest.

Glycapsis brimblecombei is native to Australia but has become a serious pest of eucalypt trees in regions where it has been accidentally introduced. This includes in South Africa, where G. brimblecombei was first detected in 2012 and subsequently spread to the main eucalypt growing areas in the country where high infestations developed on susceptible eucalypt genotypes.

Populations of P. bliteus were found in Gauteng earlier this year and thus the insect did not need to be imported into the quarantine facility of the FABI Biocontrol Centre for host specificity testing. Rather, this wasp can now be collected from established populations in Gauteng and distributed to affected eucalypt plantations across the country.

The initial releases of P. bliteus were in the Tzaneen and Zululand areas, with subsequent releases in KZN Midlands. Releases will continue until the wasp has been spread to all areas infested with G. brimblecombei. This is the third biological control agent released by the Tree Protection Co-operative Programme (TPCP) for eucalypt pests in the last three years, with the others being the biocontrol agents released for the gall wasp Leptocybe invasa and the bronze bug Thaumastocoris peregrinus, in 2012 and 2013 respectively. We would like to acknowledge the members of the TPCP for providing funding and logistical support for these biological control projects.