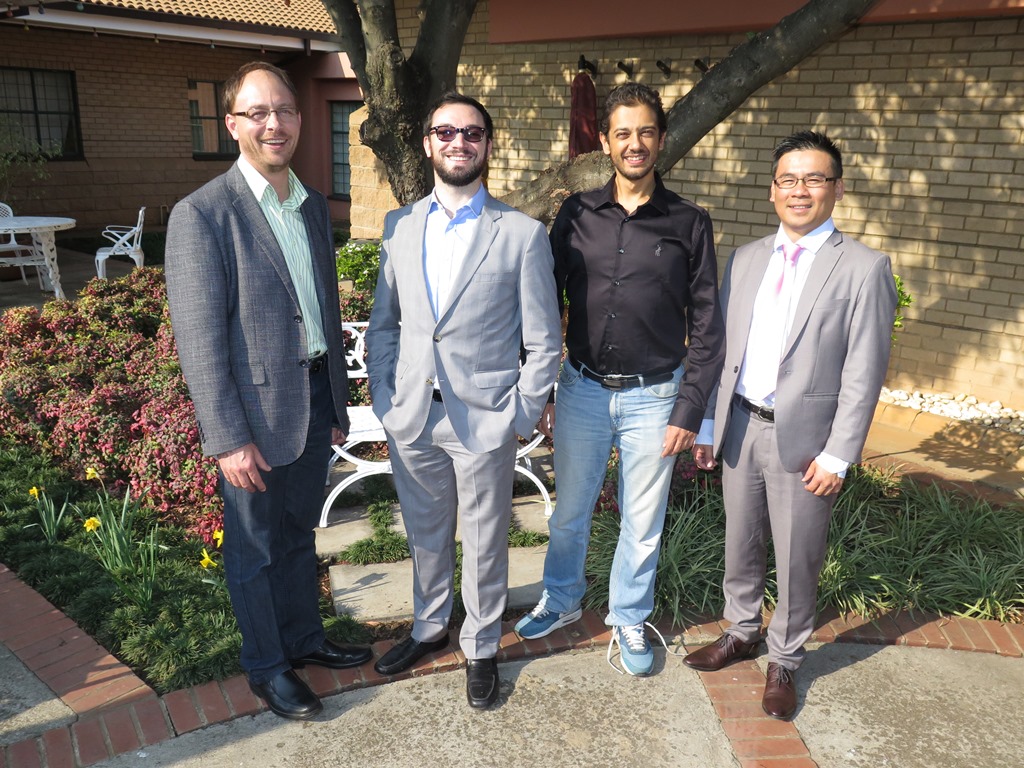 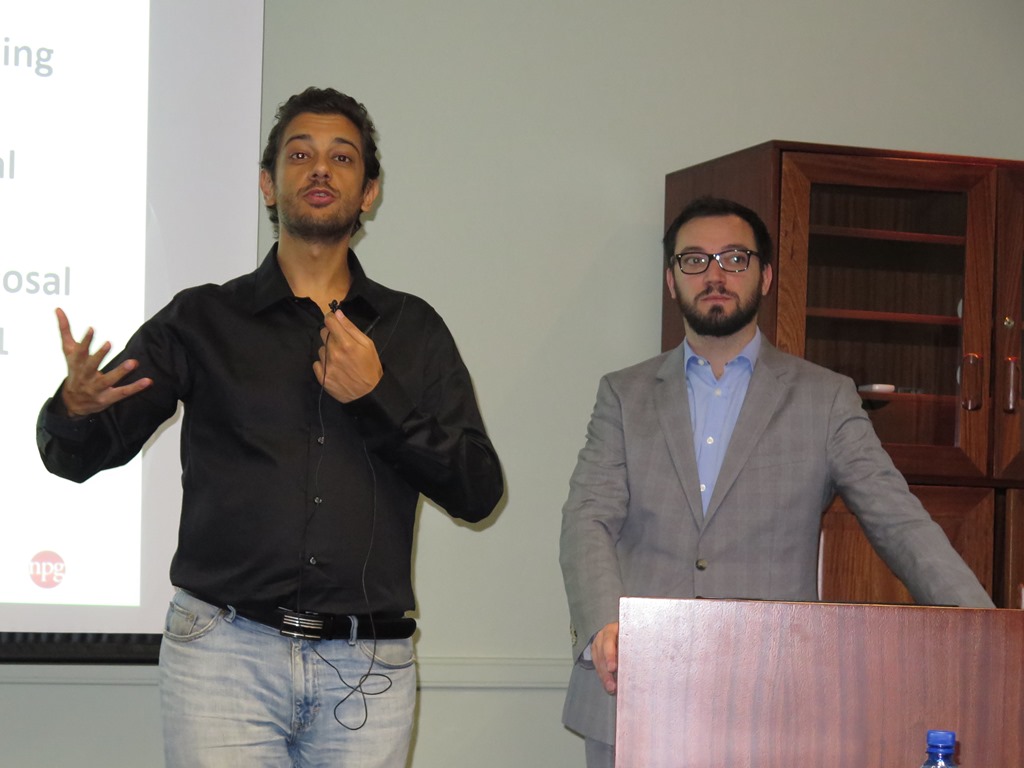 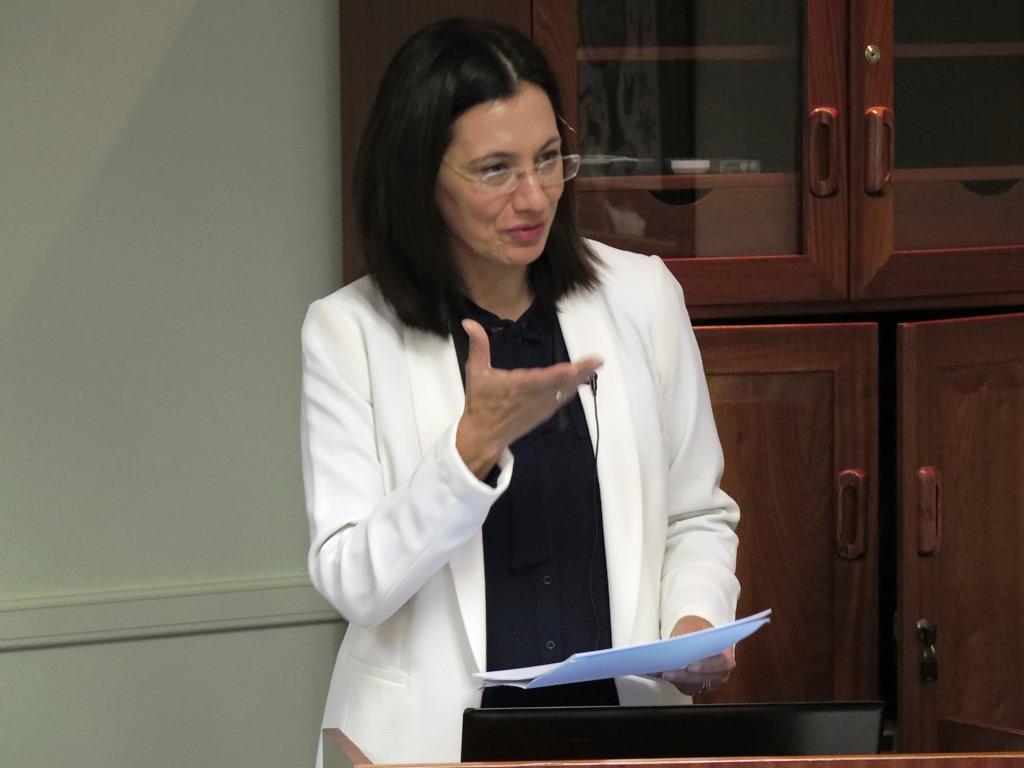 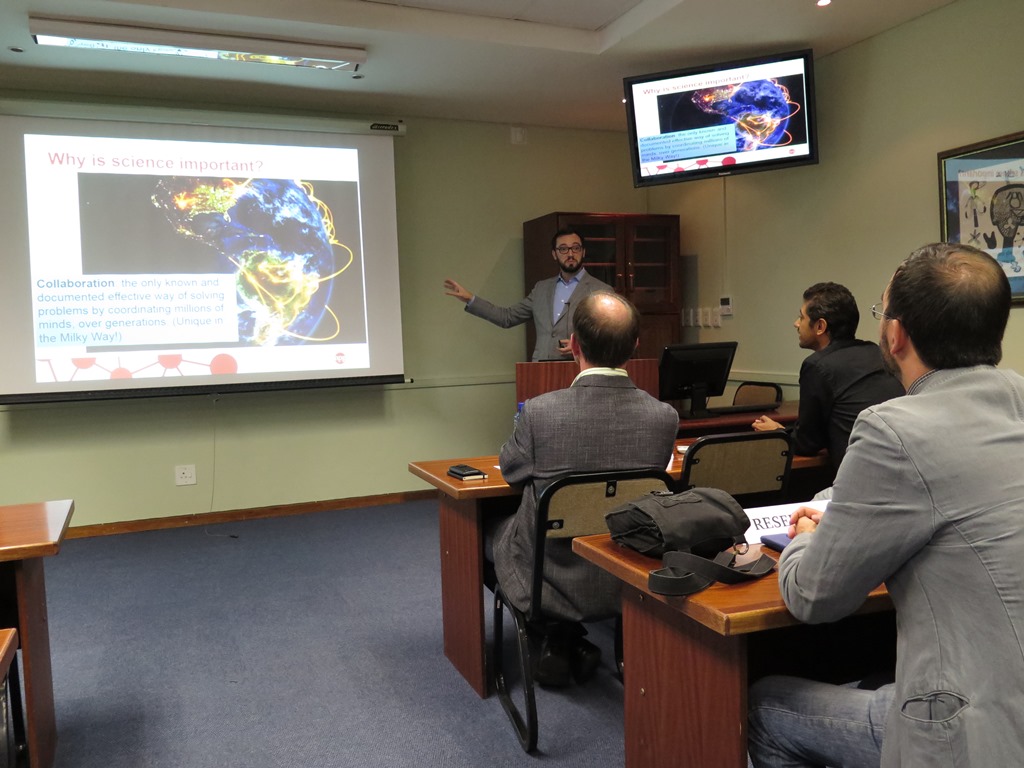 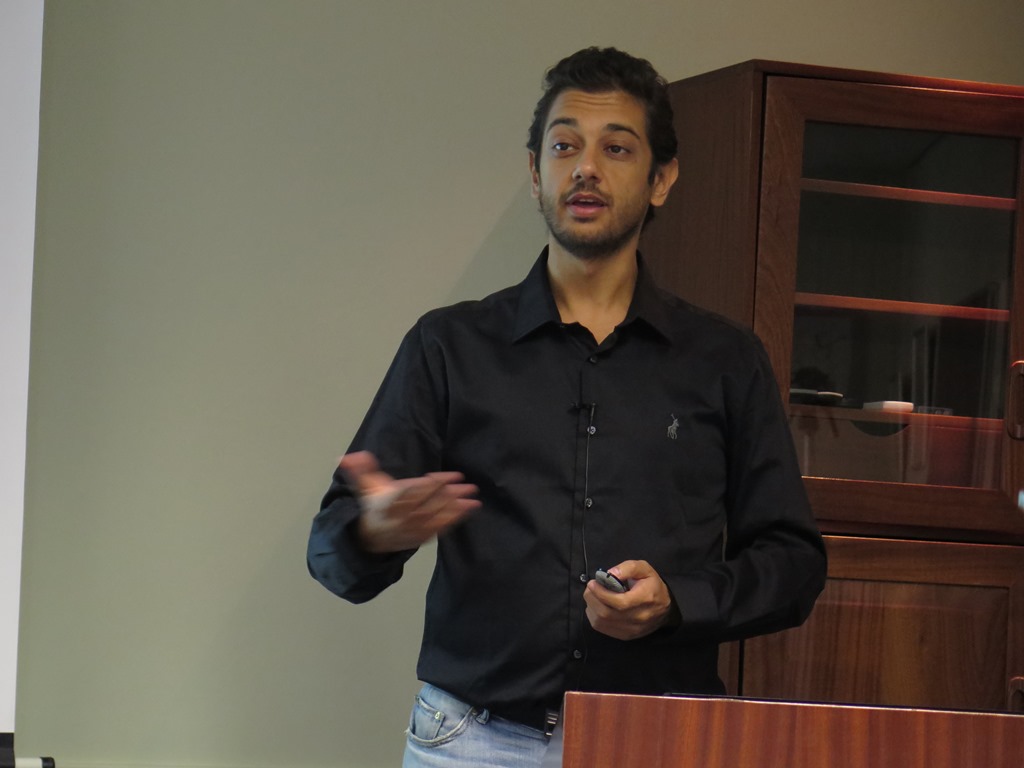 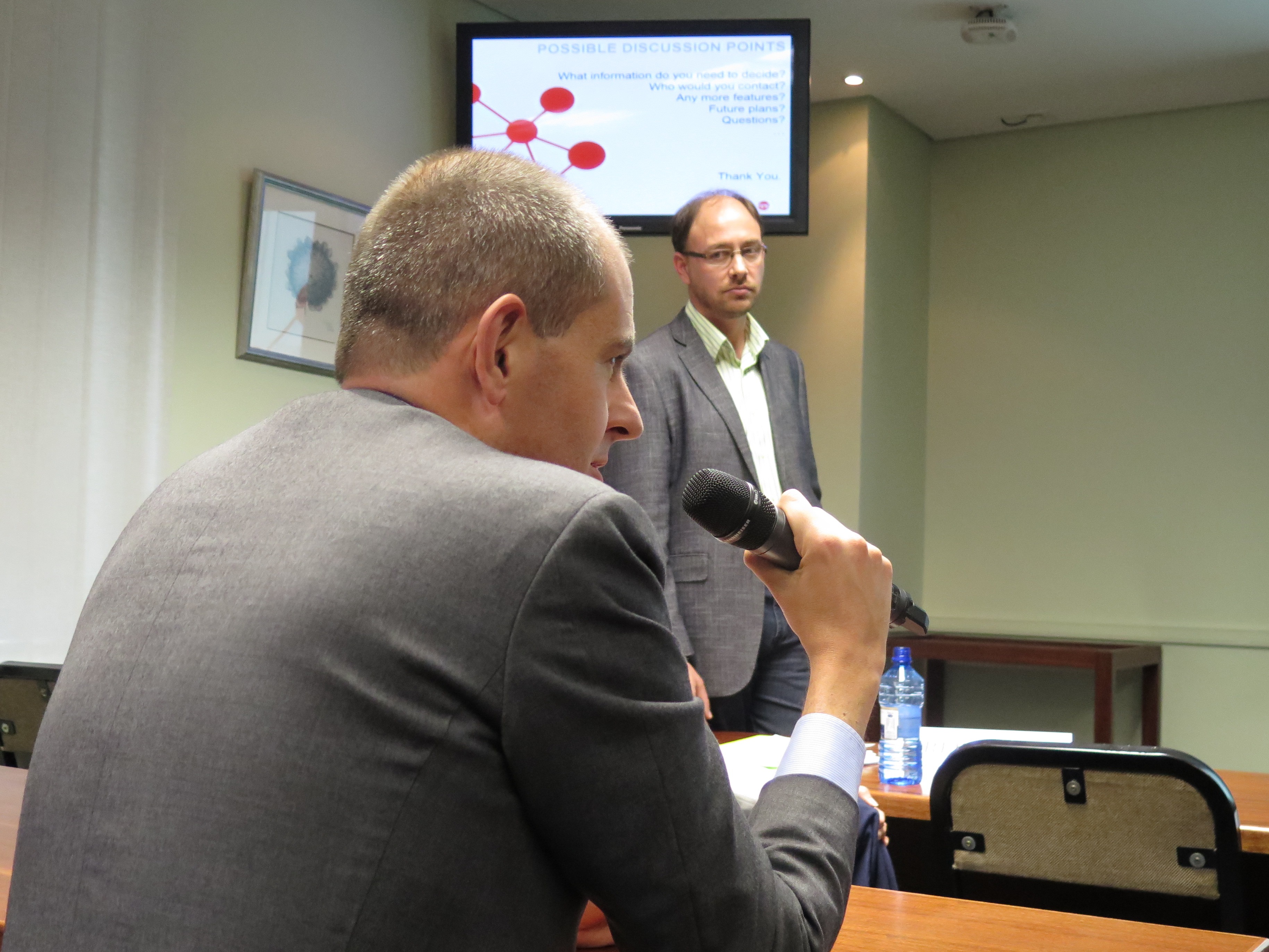 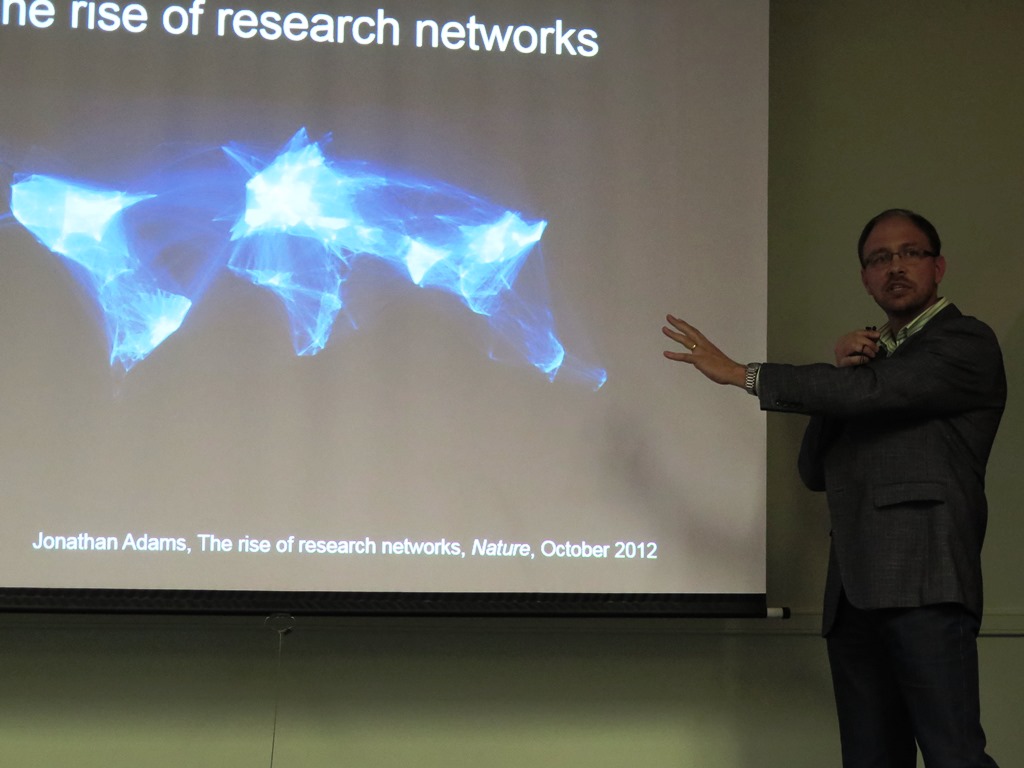 A free online portal with a focus on Africa could open up opportunities on the continent to promote scientific research done in Africa to a wider global audience. This was revealed at a discussion hosted by the Forestry and Agricultural Biotechnology Institute (FABI) at the University of Pretoria (UP) on August 28, 2015 with representatives from the Nature Publishing Group (NPG), publishers of most cited general science journal, Nature, and its regional online portals Nature China, Nature India and Nature Middle East.

FABI Professor Bernard Slippers facilitated the discussion which included the Head of NPG in the Middle East, Jon Giuliani, Executive Editor of NPG Middle East, Mohammed Yahia, UP Principal and Vice-chancellor, Prof. Cheryl de la Rey, Deputy Director-General of International Cooperation and Resources at the Department of Science and Technology (DST), Daan du Toit, Deputy Director: High-End Skills at DST, Vusi Malele, and the Director of the Centre for the Advancement of Scholarship at UP, Prof. Robin Crewe.

NPG is investigating the possibility of partnering with African universities and other partners to launch a free online portal, Nature Africa, in 2016. With already 50 million online users worldwide, the NPG is uniquely placed to communicate science in Africa to wide global audience. Mohammed Yahia said Nature Africa would also contribute to breaking down the barriers between scientists and the general public by communicating science in a manner that is easily accessible, free of jargon and through the use of multimedia and social media platforms.

The portal would not be for the publication of primary research, but would feature articles about science published from the region, news and views, blogs, podcasts and videos about science, scientists and research organizations in the region, as well as jobs openings, funding and other opportunities. As with the other Nature portals mentioned above, it also offers the opportunity to translate the information generated for it into other languages, which could significantly enhance connectivity within Africa and with the general public.

Prof. de la Rey said such an initiative would benefit the scientific community in Africa where the rate of scientific output was still small and underreported. She said the launch of the portal would be an exciting opportunity for UP and would promote scientific research and innovation in Africa.