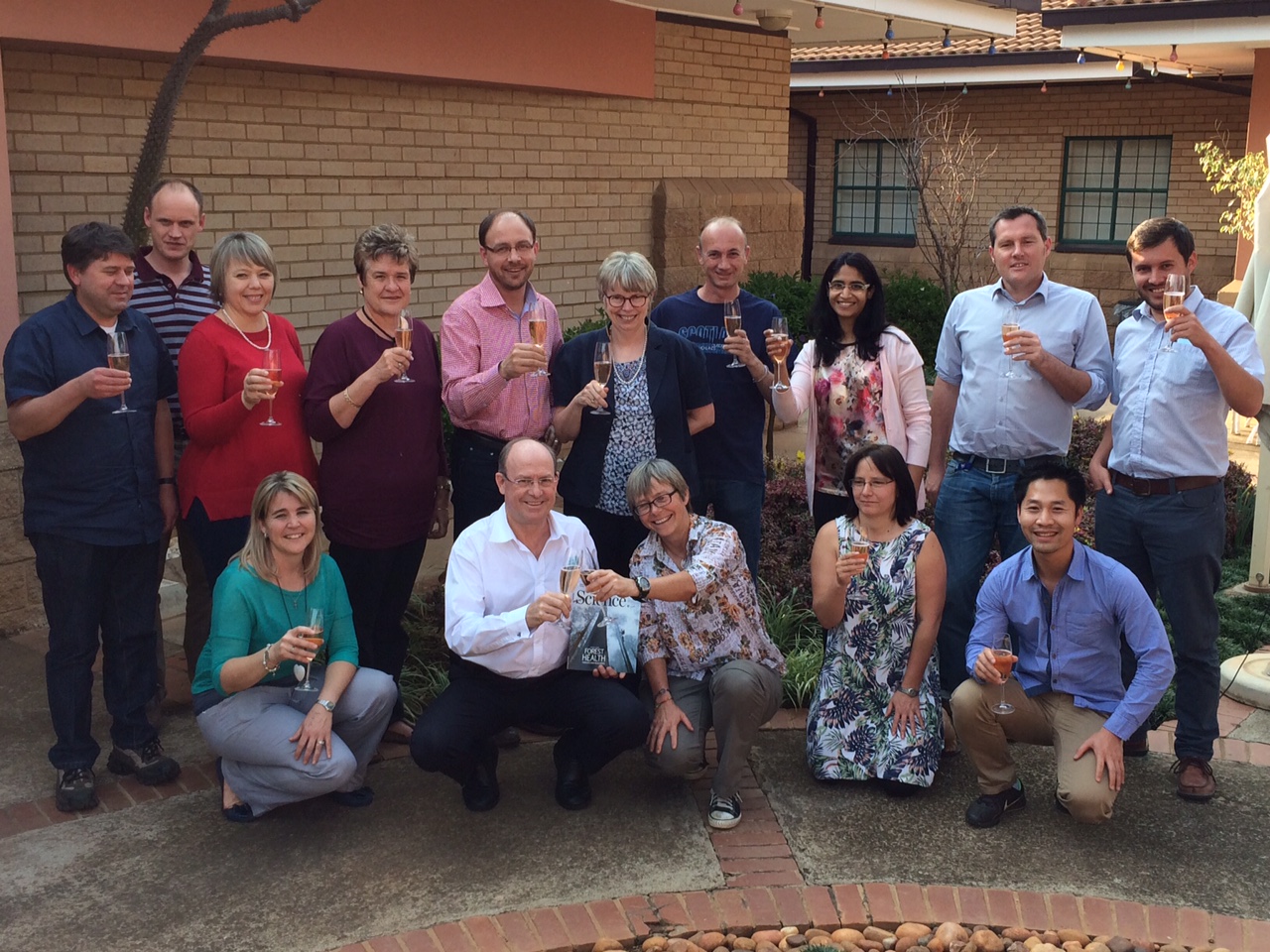 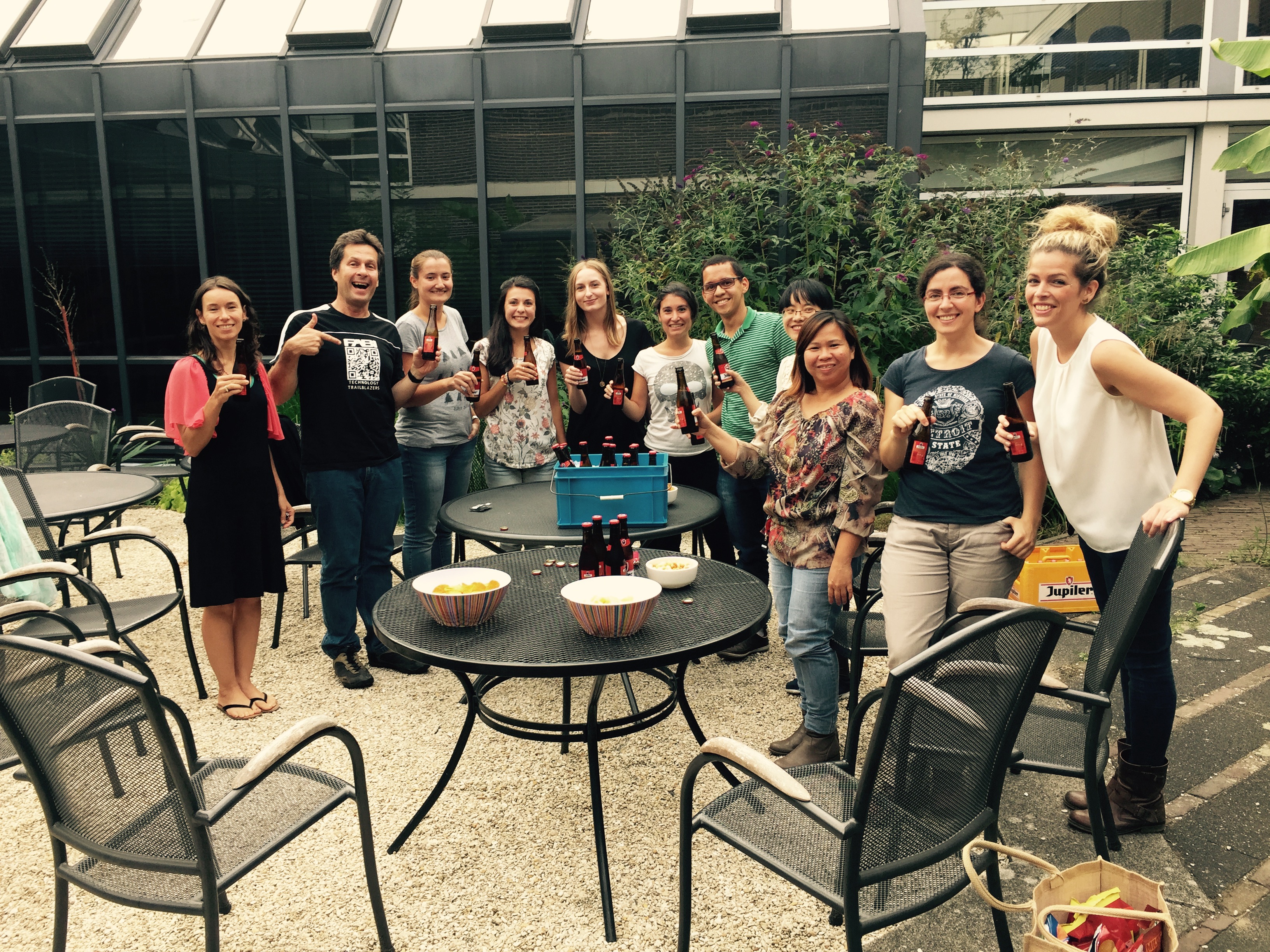 During their quarterly meeting, the management committee of the Tree Protection Cooperative Programme (TPCP) in FABI, celebrated the success of the first publication in the journal Science by three of their colleagues. During the previous week, Profs Mike Wingfield, Bernard Slippers and Brenda Wingfield, published a review paper as part of a special issue on Forest Health in Science. The TPCP popped some bottles of champagne and while congratuling his colleagues, Dr Wilhelm de Beer said that their success serves as inspiration to the rest of the team.

Further north, FABI colleagues at the Centraalbureau voor Schimmelcutures in Utrecht, The Netherlands, also held a small celebration to mark the appearance of the FABI publication in Science. FABI team members linked to the TPCP and the DST/NRF Centre of Excellence in Tree Health Biotechnology have a strong base of collaboration with colleagues at the CBS. The CBS, the worlds strongest mycological centre is directed by Prof. Pedro Crous who also has an appointment at the University of Pretoria. Prof. Crous and his students (some seen in the photograph) has worked on tree pathogens for most of his career and he has contributed very substantially to the work of FABI, the TPCP and the CTHB.