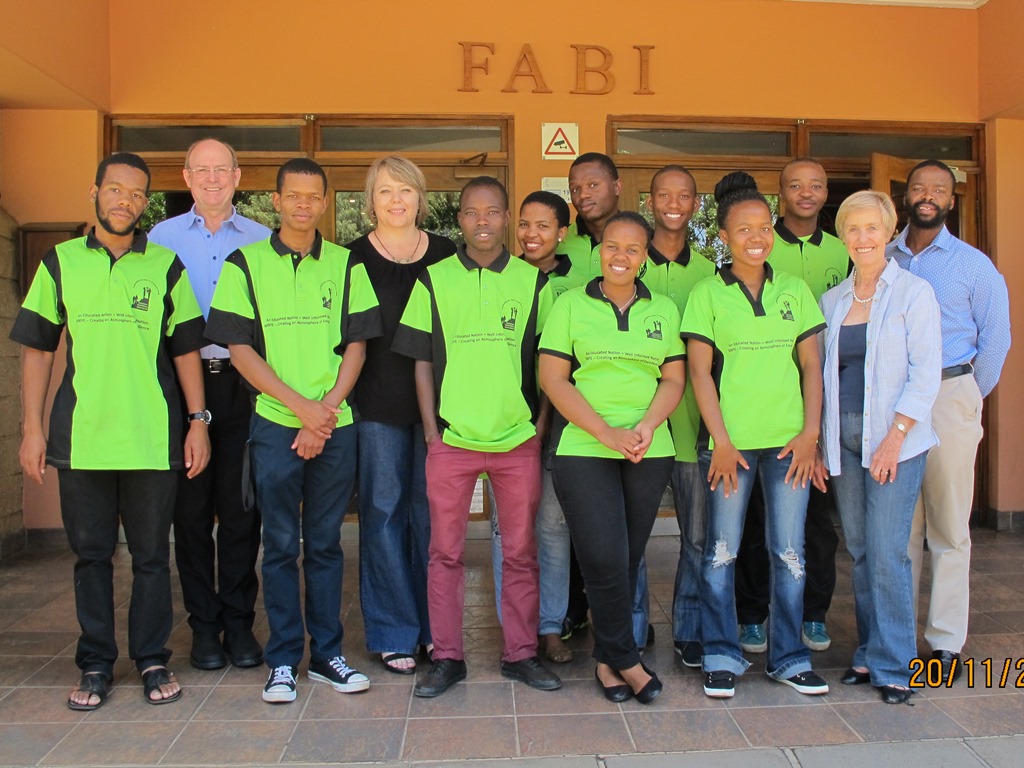 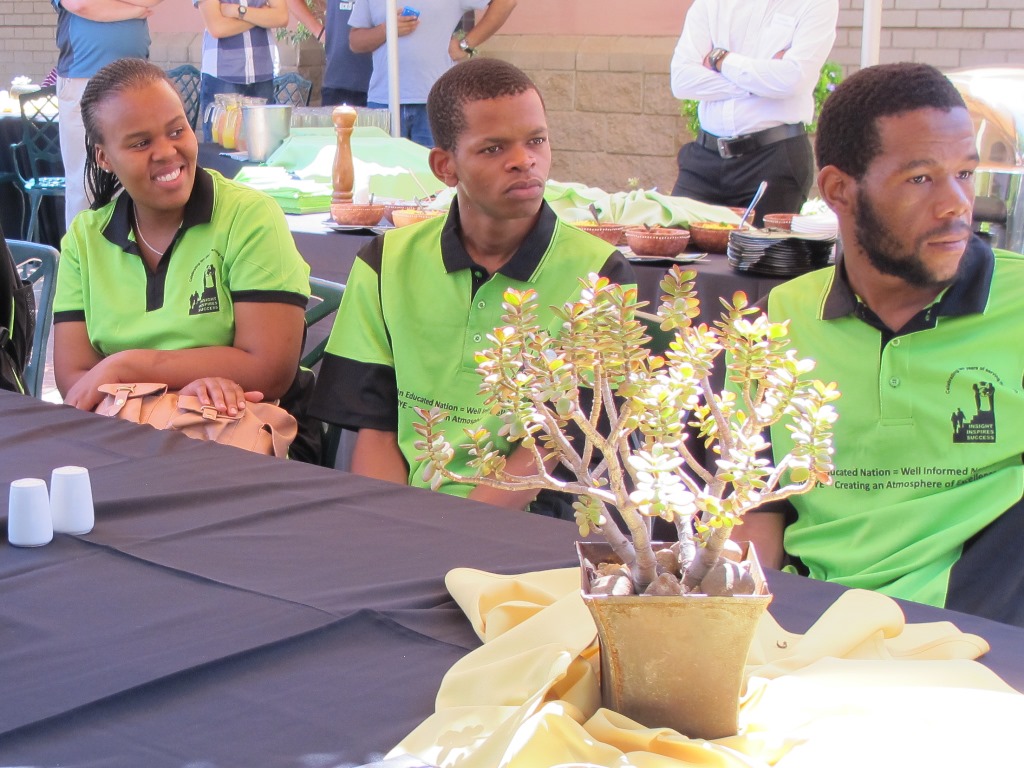 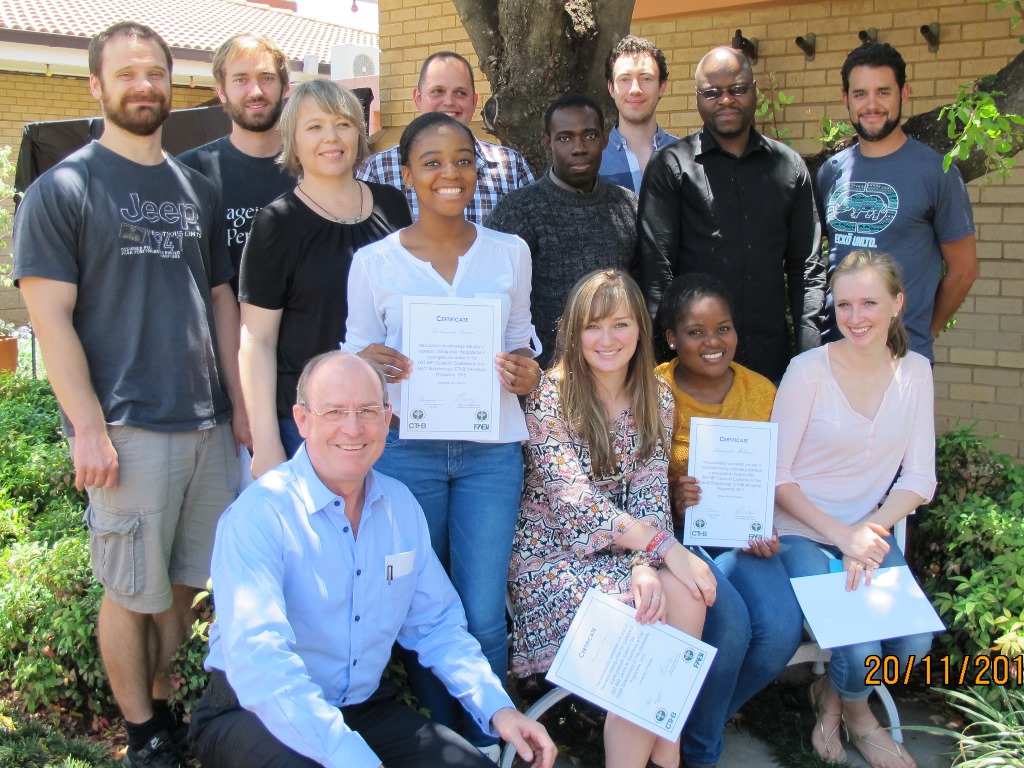 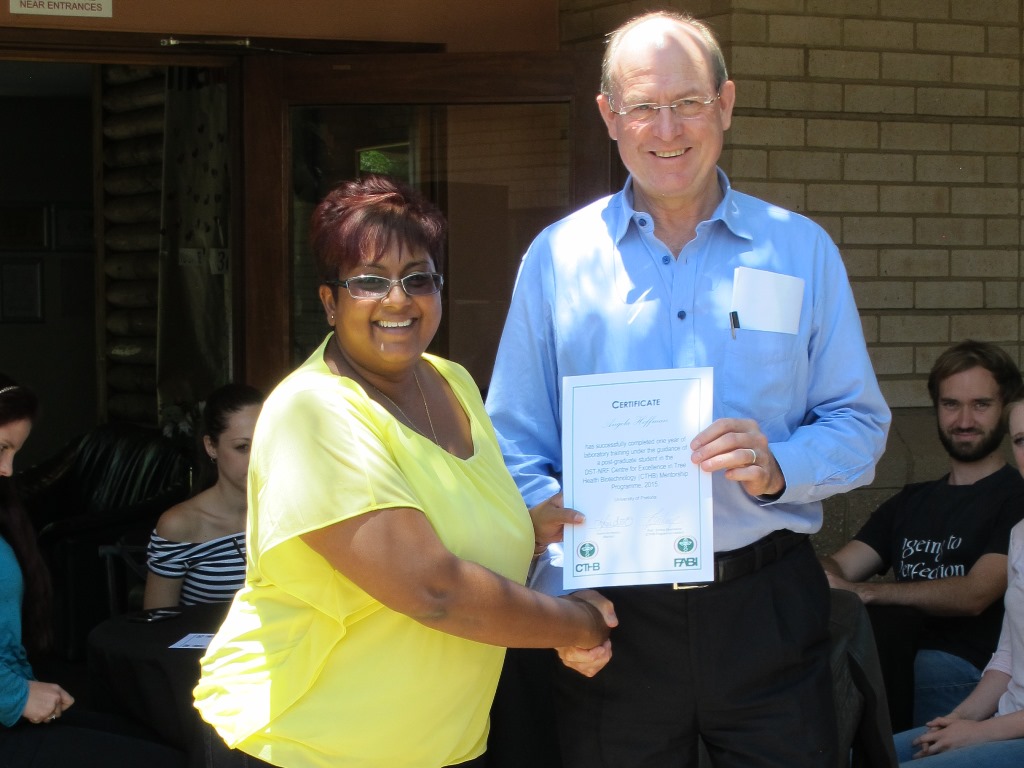 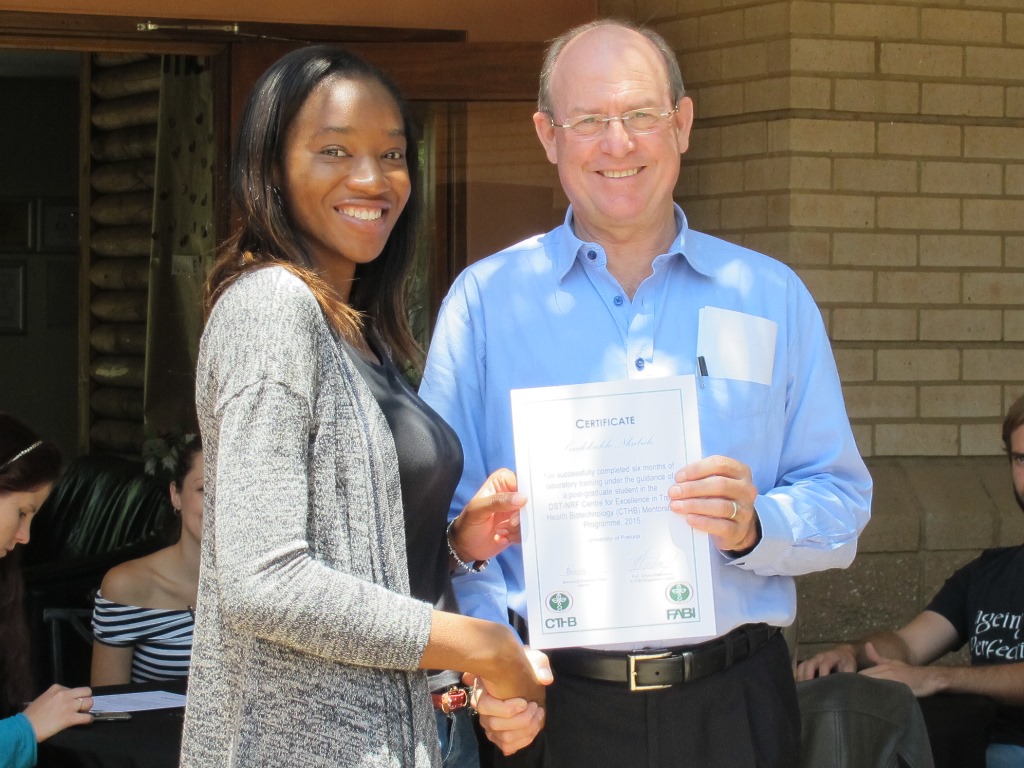 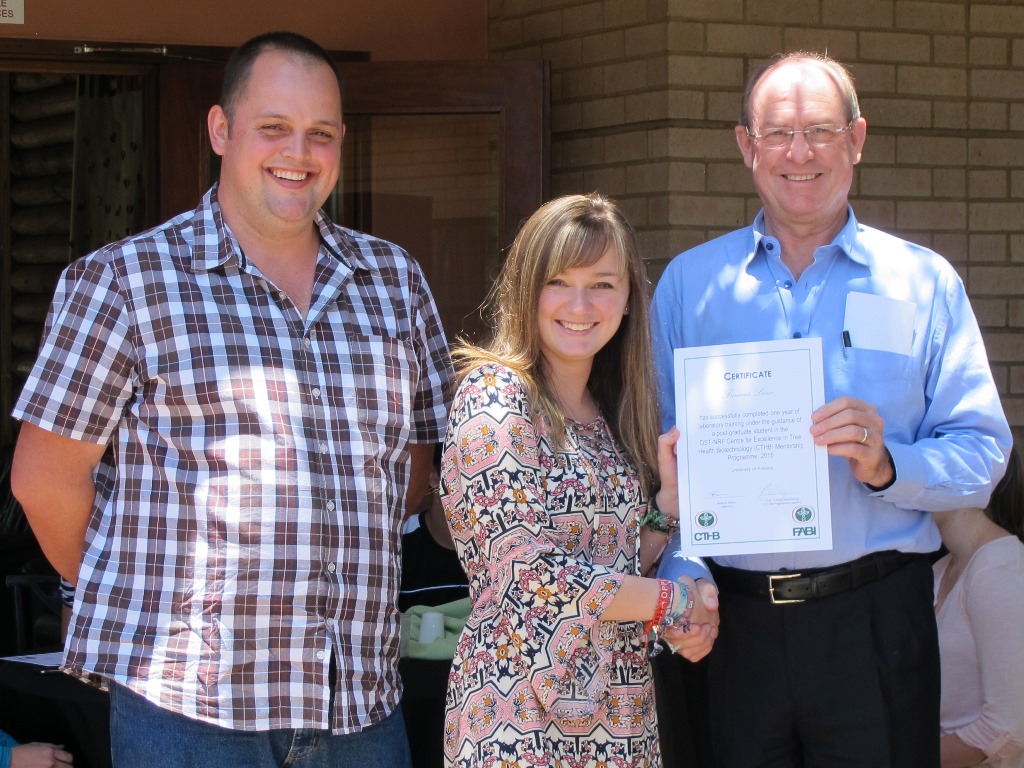 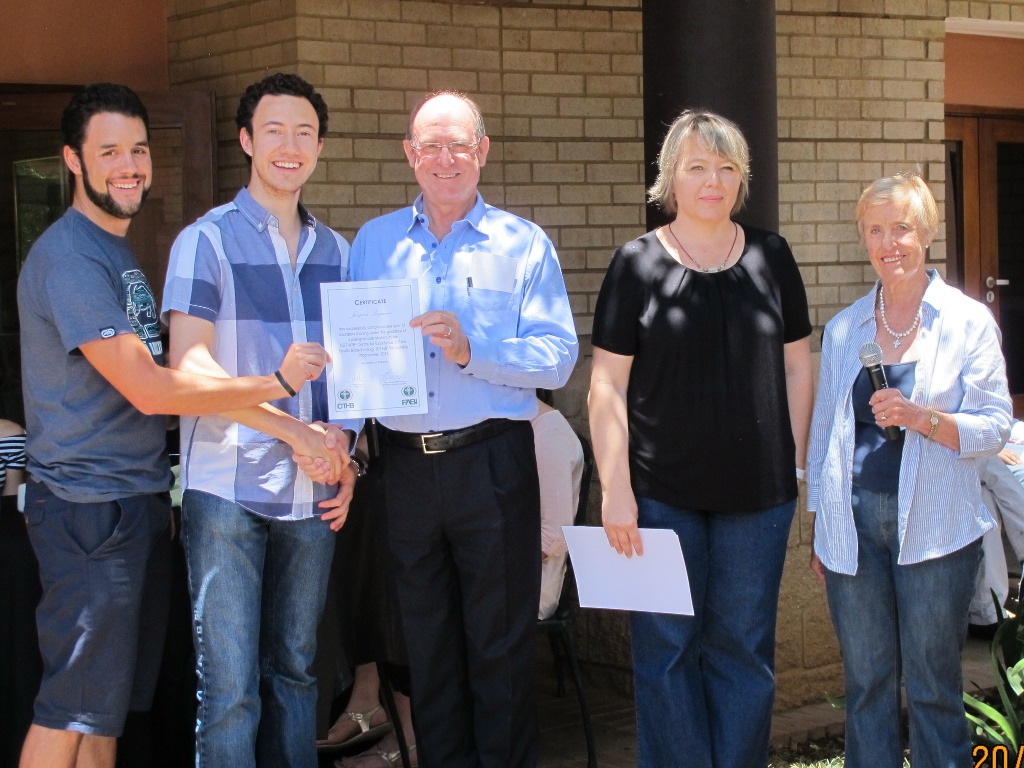 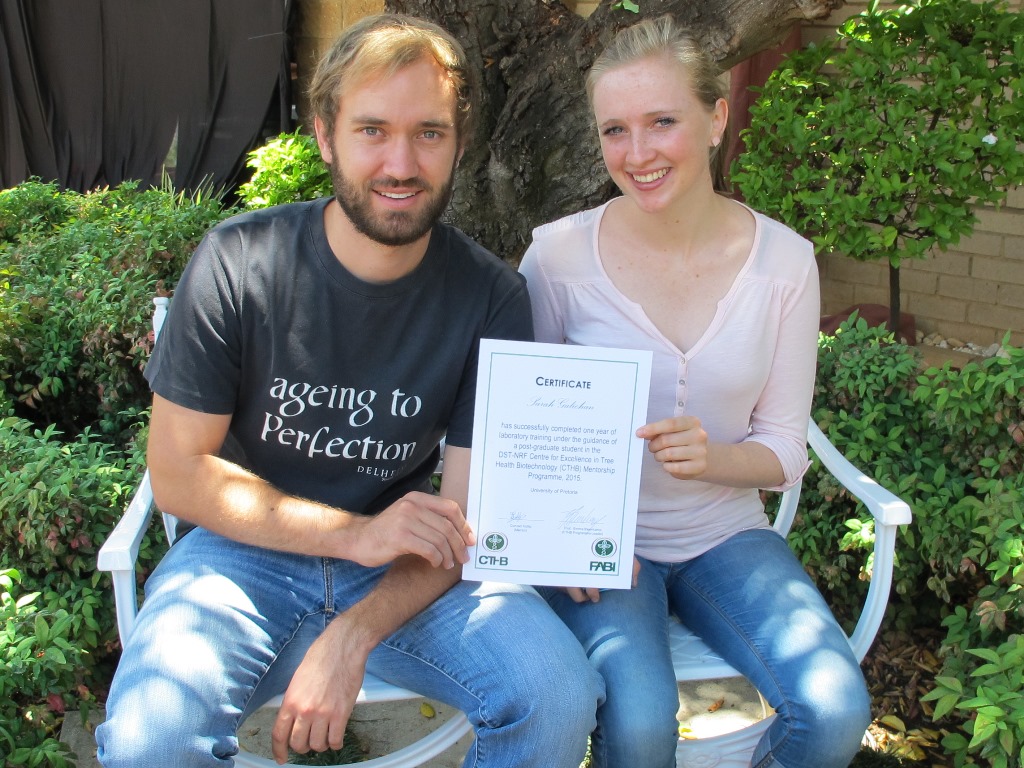 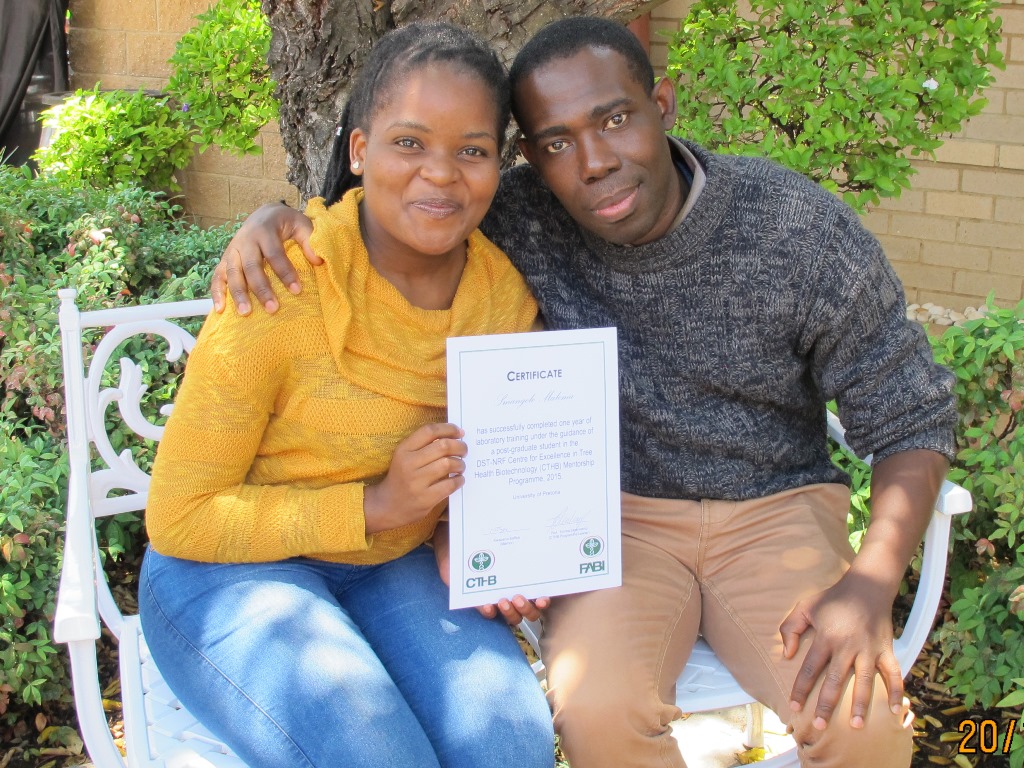 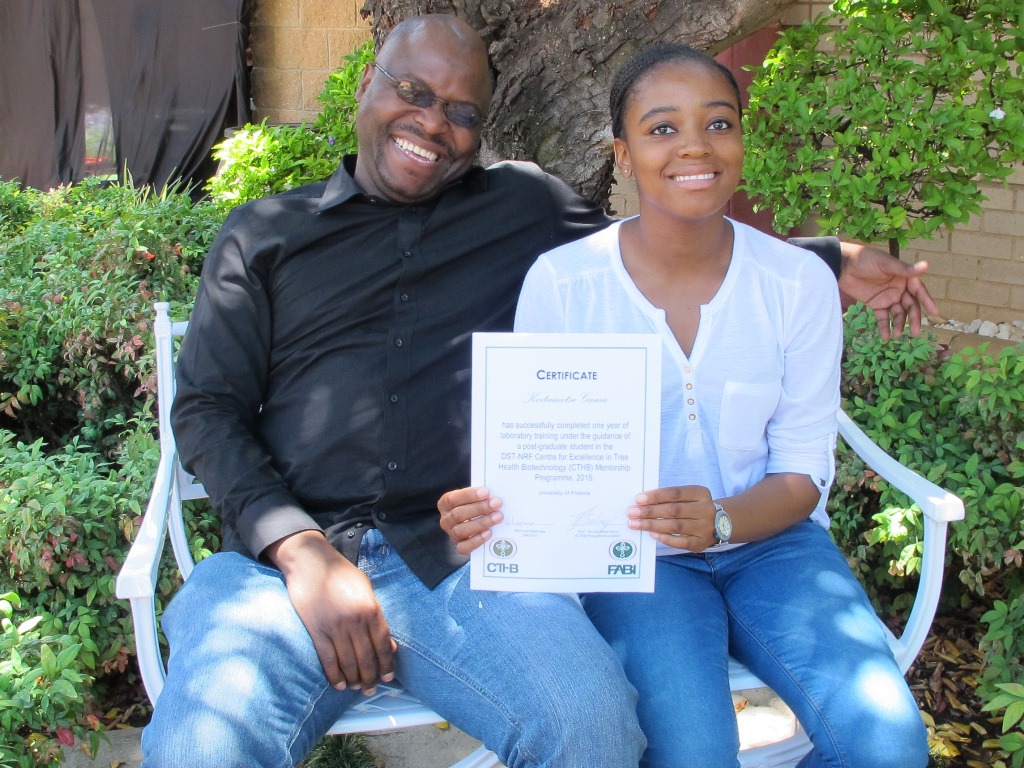 A celebratory breakfast marking ten years since the launch of two outreach programmes affiliated to the DST-NRF Centre of Excellence in Tree Health Biotechnology (CTHB), was held at FABI on November 20. The breakfast brought together old friends of the CTHB, the FABI management team, as well as postgraduate mentors and their charges.

Prof. Brenda Wingfield said MRYE had "gelled well" with the CTHB programme since Samukelo and fellow undergraduate Engineering students approached her for support in 2005. She said the CTHB mentoring programme has been so successful that the Faculty of Natural and Agricultural Sciences had modelled its mentorship programmes on them.

Samukelo said MRYE had found a home in the CTHB and because of this support it could continue to uplift rural youth in eight provinces. MRYE members travel to rural schools to motivate high school learners, inform them about university courses and bursary opportunities available to them after they complete Grade 12.