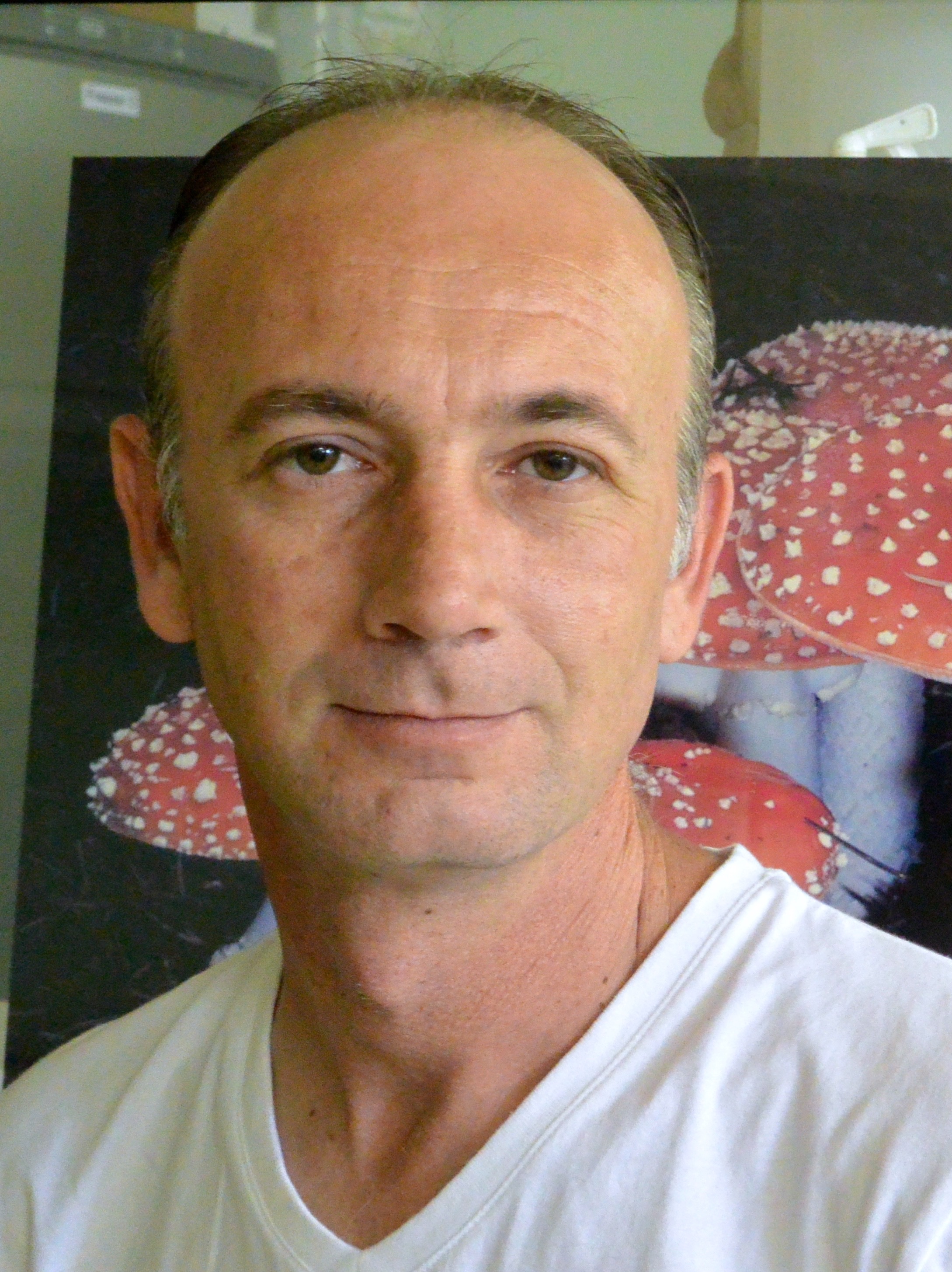 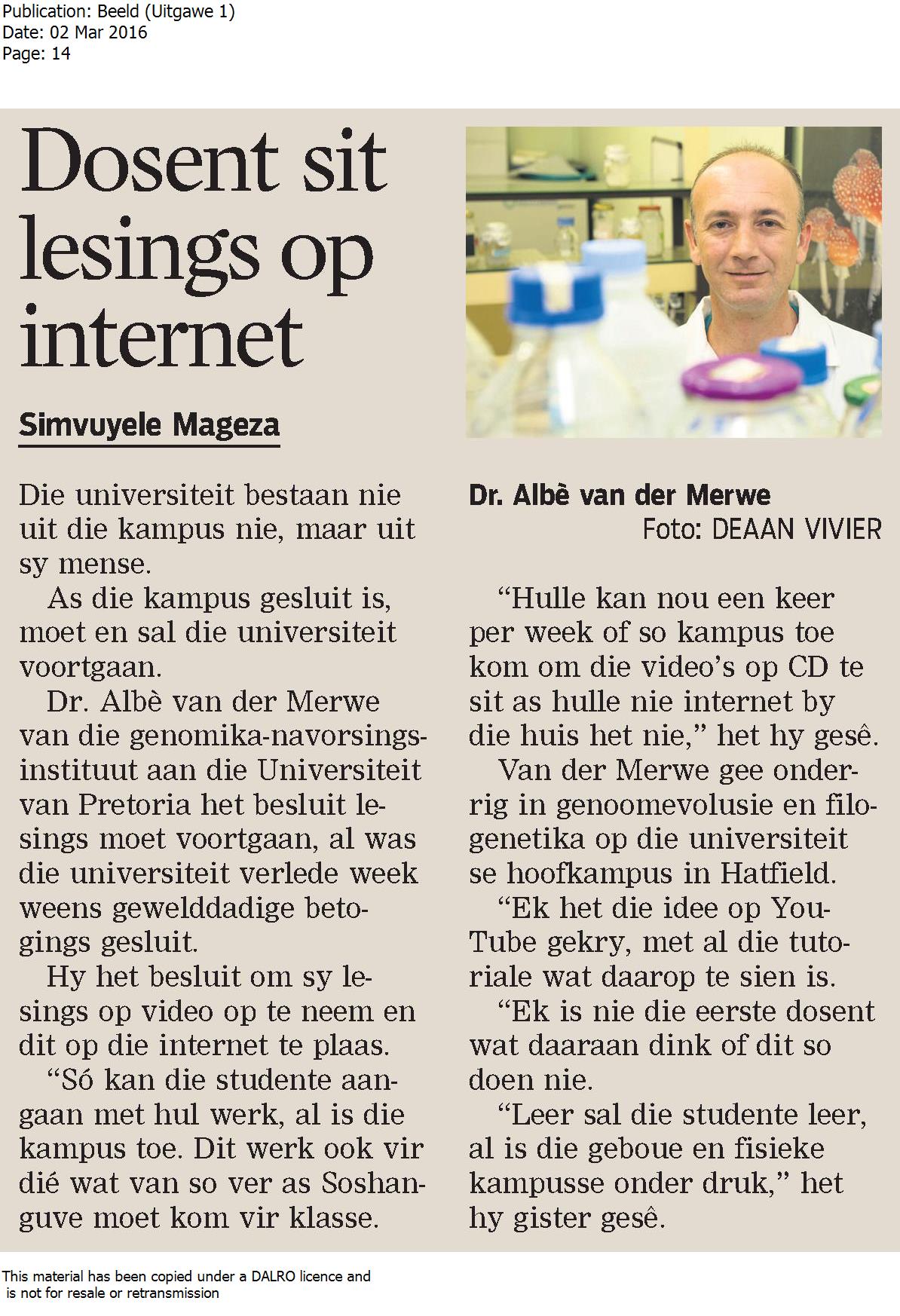 FABIan and senior lecturer in the Department of Genetics Dr Albé van der Merwe has made a name for himself with his students for being innovative and going the extra mile. Following recent academic disruptions at the University of Pretoria, Dr van der Merwe made sure that his third-year BSc students did not miss out on valuable lessons by recording his Genome Evolution and Phylogenetics lectures and posting the videos on the university portal, ClickUP and an on-campus server.

Dr van der Merwe also made sure that students who did not have access to the Internet could still access his lectures by making them available on CD. His efforts did not go unnoticed. An article on his endeavours appeared in the Afrikaans daily newspaper, Beeld, on March 2. His students liked his video lectures so much that they asked him to record videos of all his lectures, he said. Dr van der Merwe said he would consider his students’ request because he had done it before for a Population Genetics module he taught a few years ago.