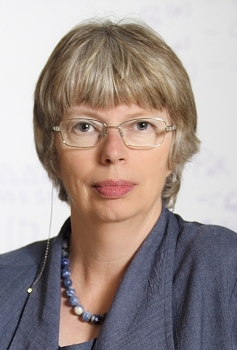 Plans are afoot to rollout Wi-Fi to lecture halls at the University of Pretoria. This will allow lecturers to experiment with technology and explore new ways of teaching and learning, said Deputy Director of IT Services at UP Andre Kleynhans at a talk on access to Wi-Fi on and off campus at the Plant Sciences Auditorium on March 10. The steering committee of the project to bring free access to the internet to students is chaired by Deputy Dean of the Faculty of Natural and Agricultural Sciences (NAS) and FABI Prof. Brenda Wingfield.

Kleynhans was one of three speakers at the talk hosted by the Scital Forum, a science initiative on teaching and learning. He said UP had acquired funding last year to implement this phase of the project, which aims to bring high density Wi-Fi to a limited number of buildings at UP. Two of those earmarked for the project in the NAS faculty were the JJ Theron and IT buildings. The first phase of the project was completed in 2014 and made Wi-Fi available in communal areas on UP campuses.

Chief Innovation and Information Officer at Project Isizwe, James Devine spoke about how the non-profit organisation had partnered with the City of Tshwane to bring Wi-Fi access to disadvantaged communities in the city. Deputy Director of E-learning and Media Development at UP’s Education Innovation, Dolf Jordaan said access to mobile internet and devices such as smartphones and tablets had made it easier for UP students to gain access to academic material even when they were not on campus.