Building capacity in Africa: FABI hosts a workshop on the Biological Control of Eucalyptus Insect Pests 2016-04-01 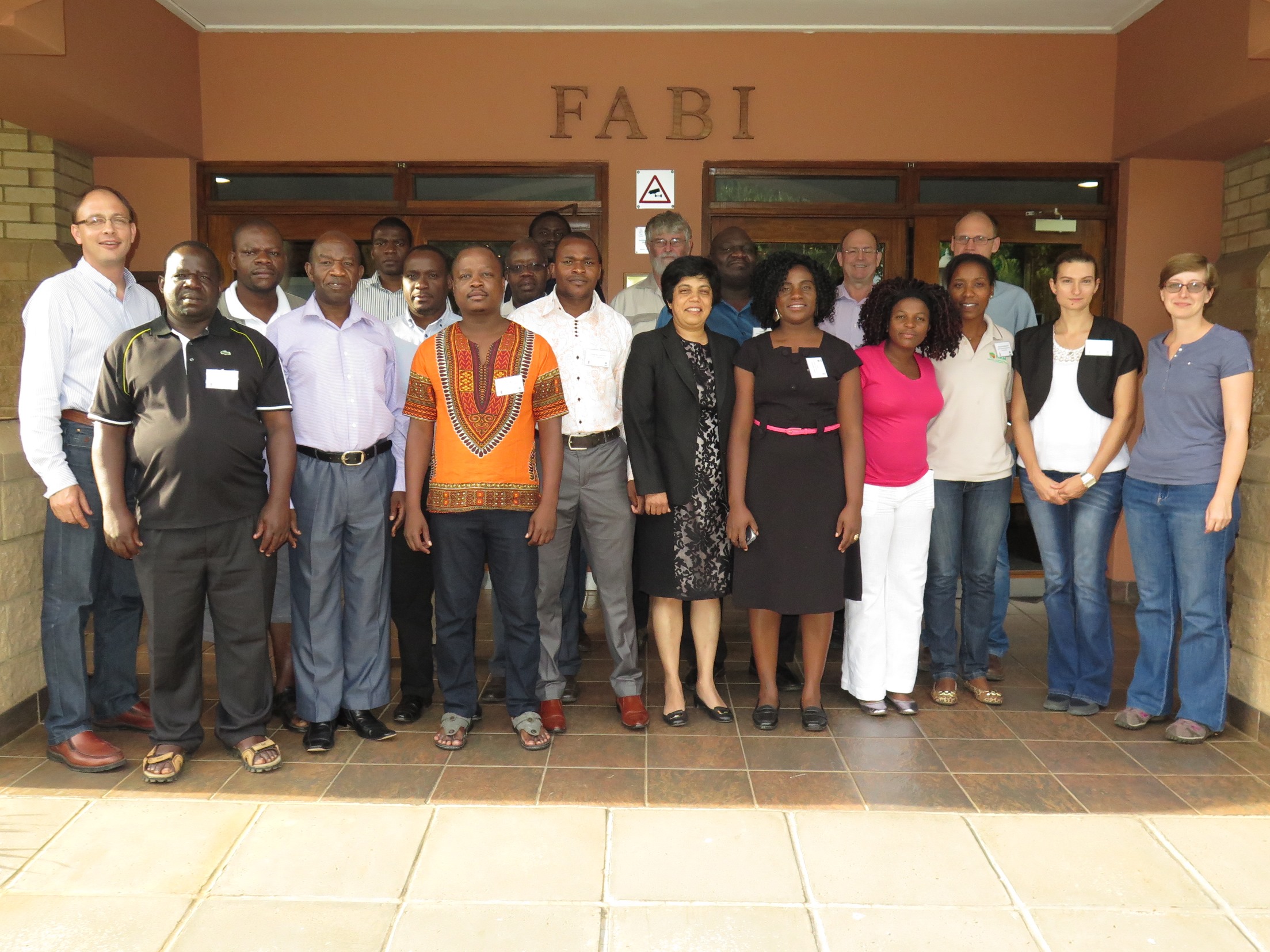 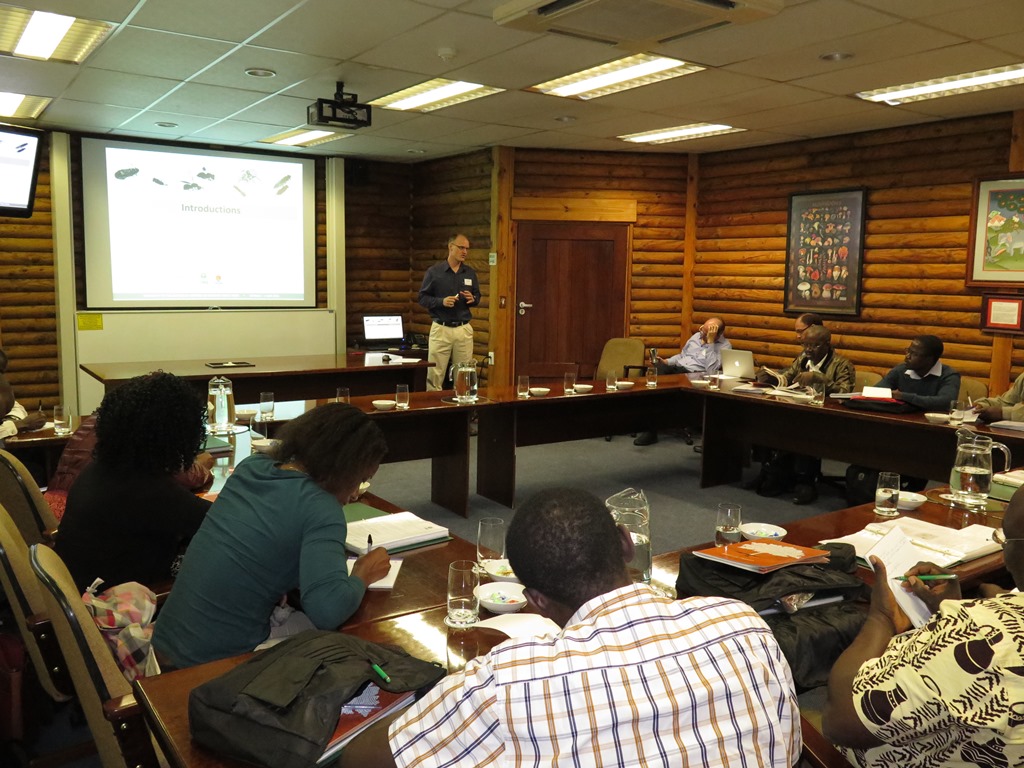 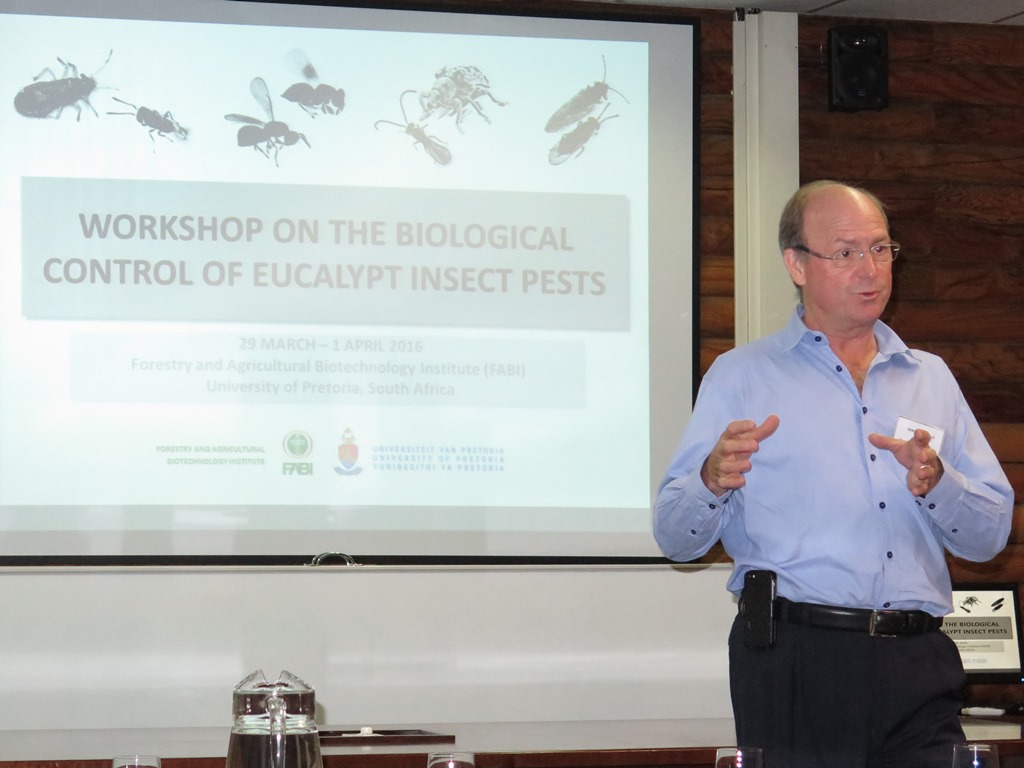 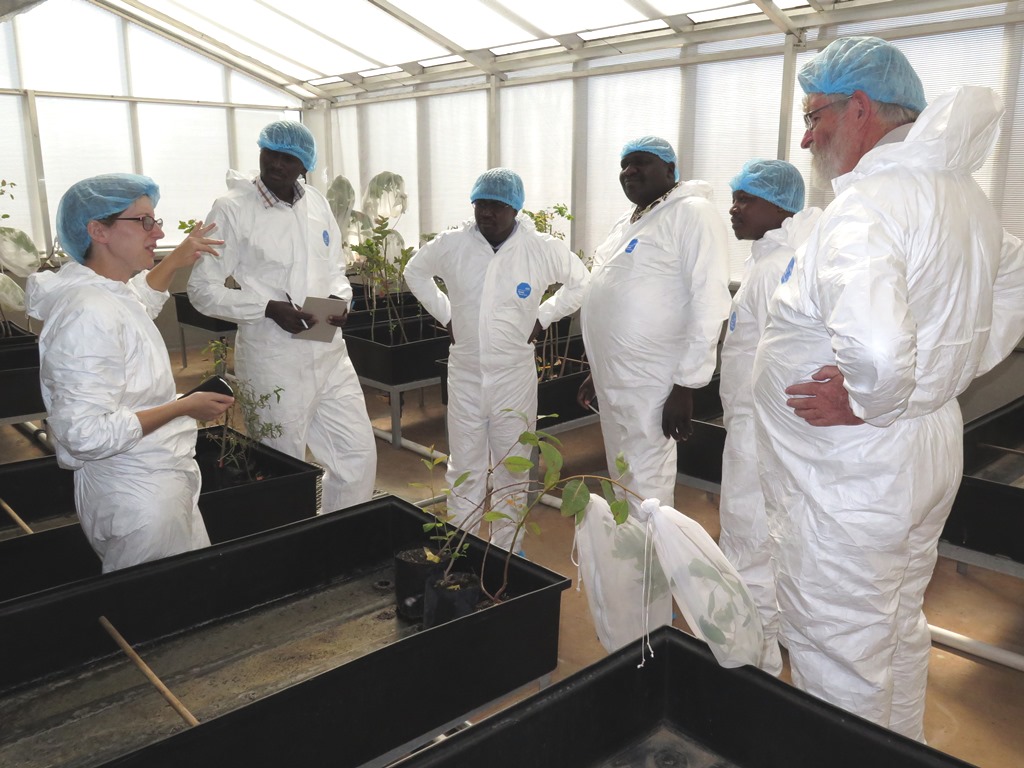 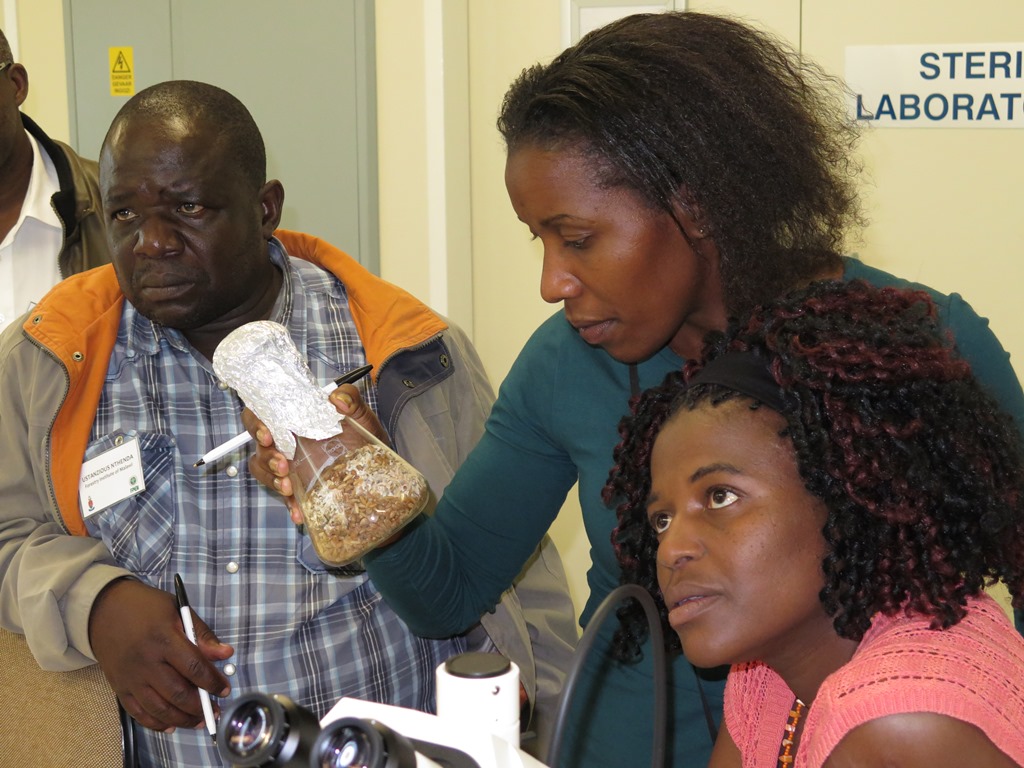 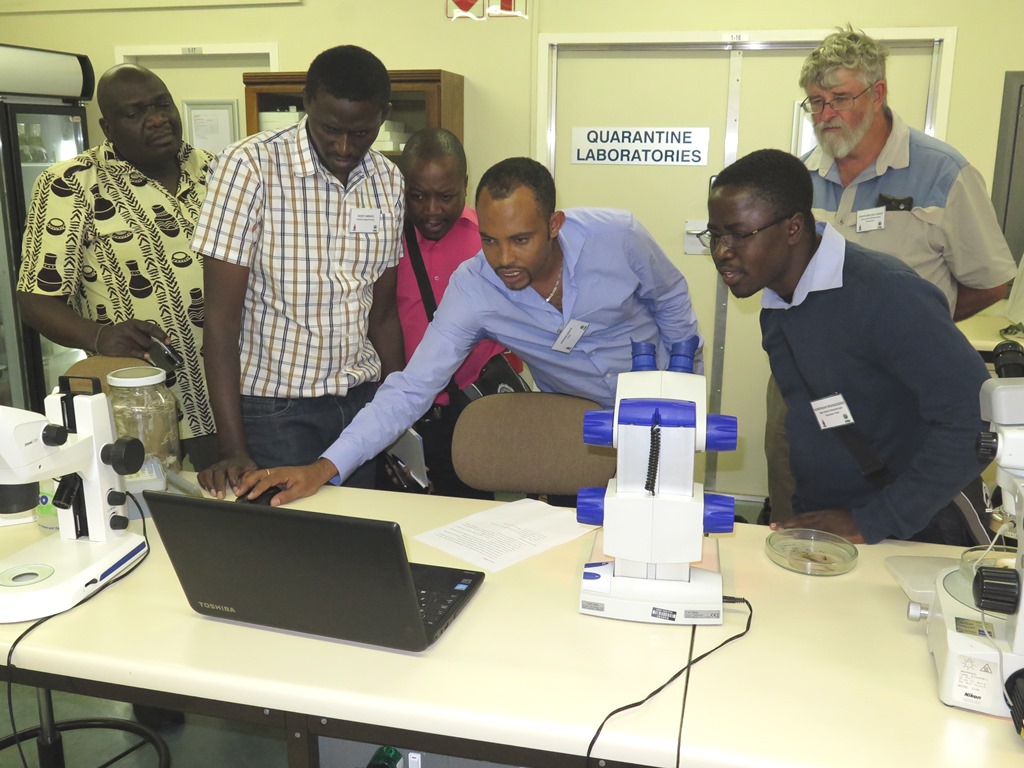 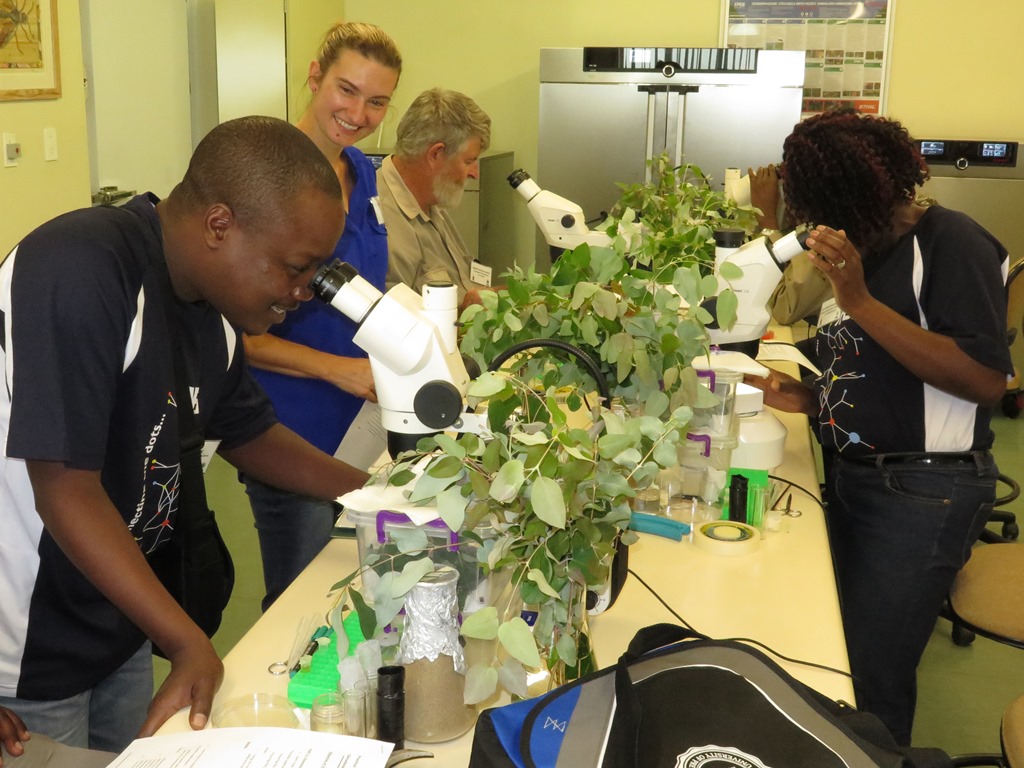 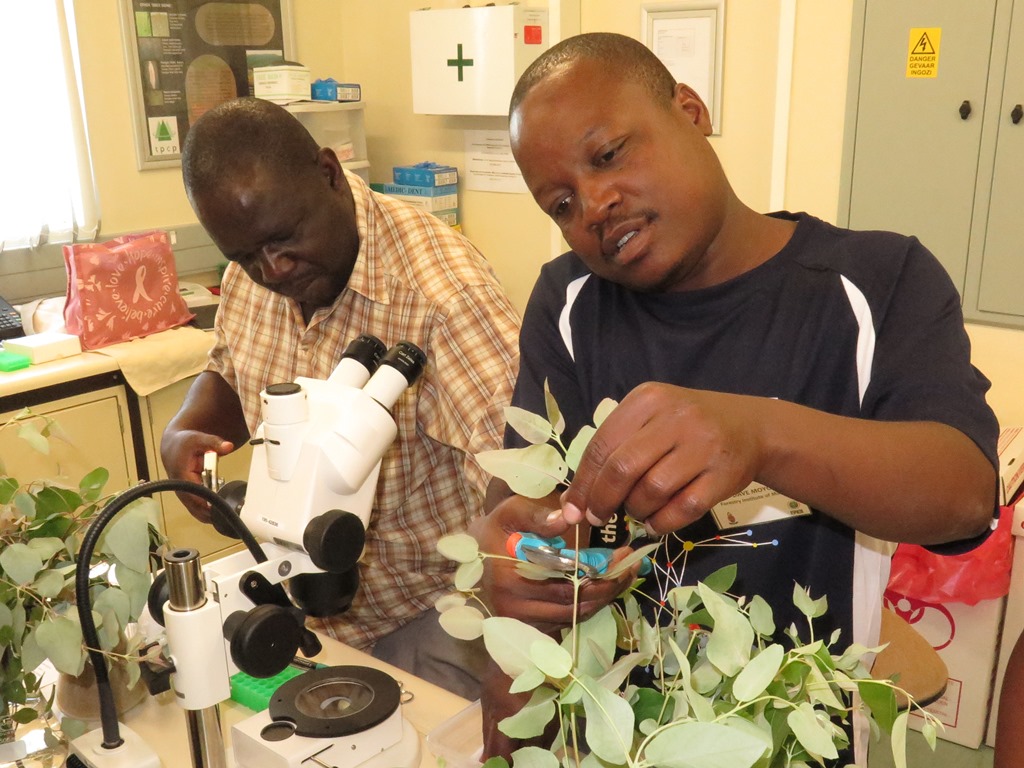 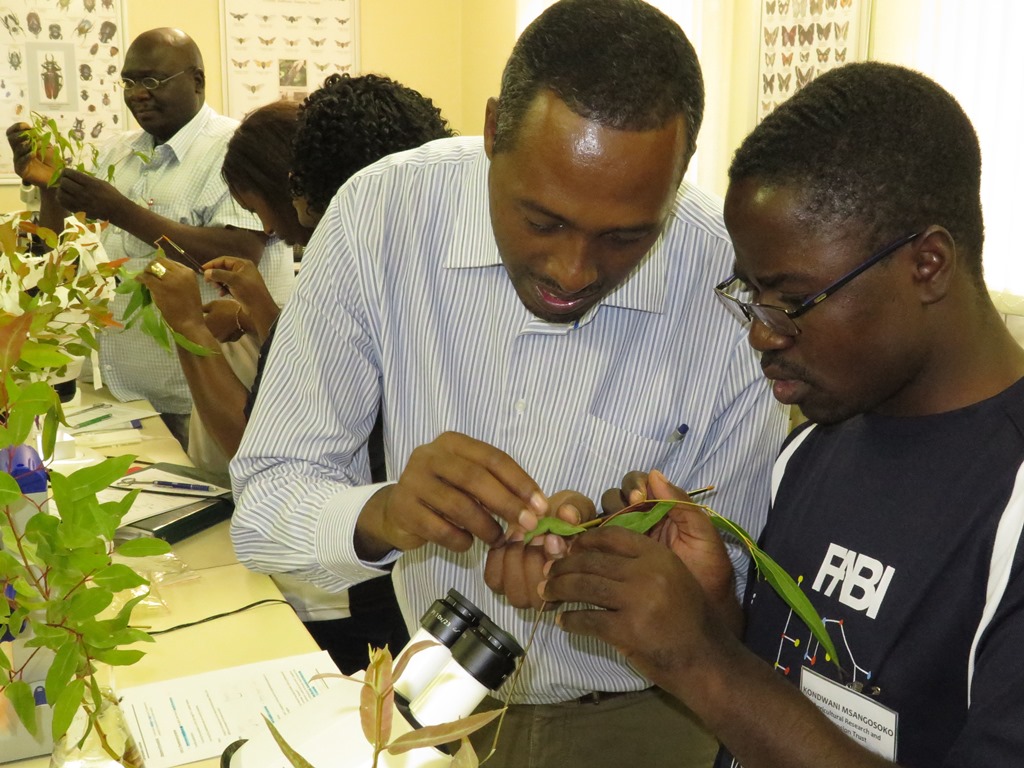 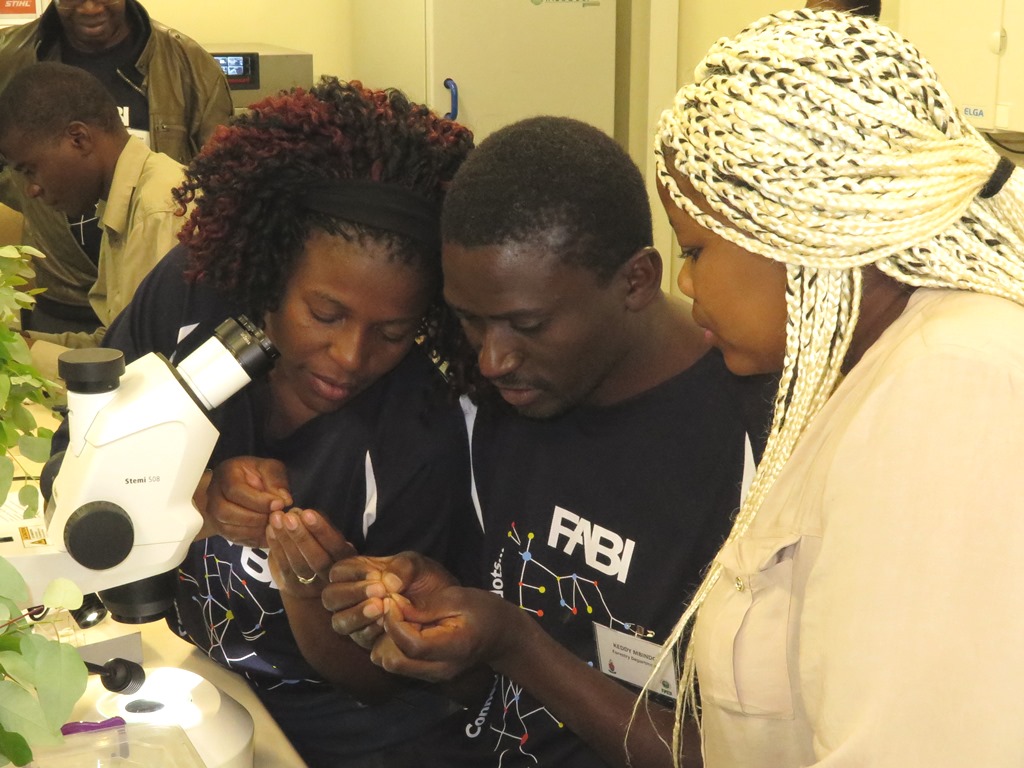 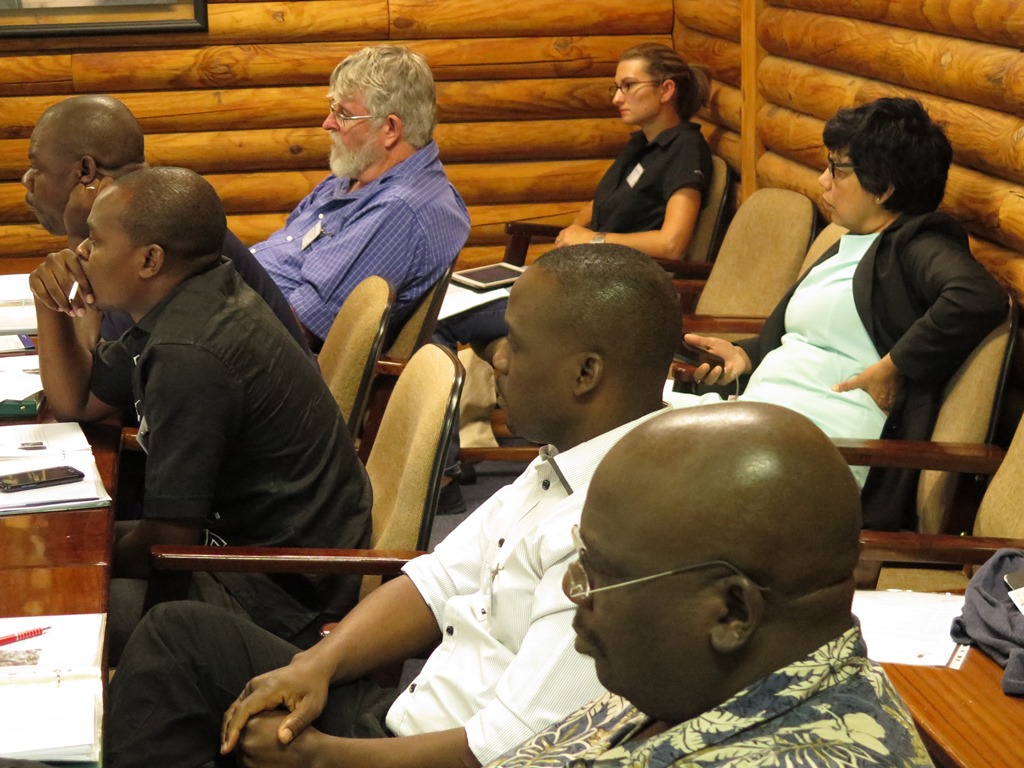 During the week of 29 March – 1 April FABI hosted a workshop on the Biological Control of Eucalyptus Insect Pests. The workshop, organised by Dr Brett Hurley, Dr Michelle Schröder and Ms Samantha Bush, gathered 15 participants from Malawi, Mozambique, Uganda, Zambia and Zimbabwe to share knowledge and build capacity and collaborative networks within the region.

One of the greatest threats posed to the sustainability of plantation forestry on the African continent is that of alien invasive insects and diseases. The introduction of these pests, generally from the native range of the host trees, has increased rapidly over time (Garnas et al. 2016). For insect pests of eucalypts, the rate of new introductions around the globe has increased five fold since the 1980s (Hurley et al. 2016). Biological control is considered one of the most effective and feasible responses to these insect invasions and consequently the Tree Protection Co-operative Programme (TPCP) has developed much capacity in this area over the years, including the establishment of the FABI Biocontrol Centre, consisting of advanced facilities and equipment and highly skilled staff.

FABI has been increasingly approached by forest research organizations and forestry companies in other African countries, and abroad, for advice and support on the biological control of insect pests of plantation trees, and it has become clear that there is a need for a long-term strategy for the management of insect pests in the region (Wingfield et al. 2015). The workshop was an initial step towards this objective, with a specific aim of developing capacity in biological control. Information was shared on the facilities and protocols for biocontrol development as well as the general background on the major insect pests and their biocontrol agents. Importantly, the participants also obtained hands-on training in the identification and rearing of the insect pests and their biocontrol agents.

The organization of the workshop involved a huge amount of effort and was only made possible by the involvement of a passionate group of TPCP students and staff. The workshop would also not have been possible without the sponsorship and support of the participants by the United Nations Food and Agricultural Organisation (FAO), the Tobacco Research Board of Zimbabwe, the Tobacco Industry in Malawi, and relevant government departments.