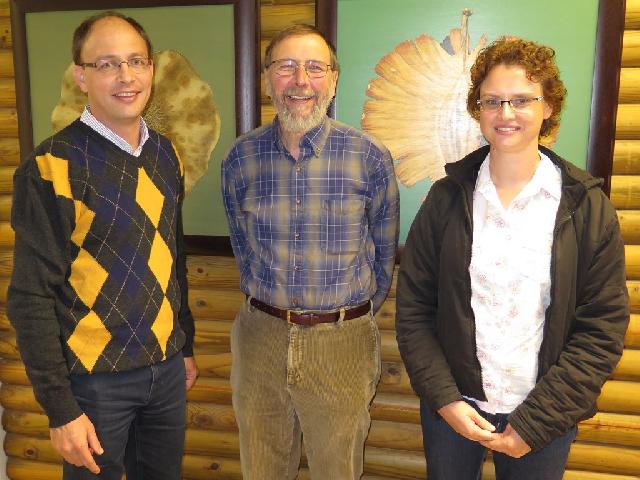 Elsie Cruywagen presented her prestige seminar at FABI on May 13 in front of her friends, family and colleagues before undergoing and passing her PhD oral examination. FABI congratulates Elsie on these significant milestones! Her prestige seminar was also attended by her external examiners Profs Everett Hansen from Oregon State University and Nigel Barker from the Department of Plant and Soil Science at the University of Pretoria, as well as Profs Ying Zhang and Wei He from the Beijing Forestry University.

She found that the largest group of fungi isolated from baobab trees were the Botryosphaeriaceae represented by an assembly of different species, some of which produced lesions in pathogenicity trials. The most prevalent condition noted on baobab trees was black mould infections caused by an assemblage of species, Elsie found that these infections were not enough to cause large scale die-off of the trees. Stresses such as drought and human interference however contributed to the deaths of baobab.  The study also revealed a higher level of gene flow of the most prevalent fungal species between baobabs in West Africa and Madagascar, possibly due to a long history of trade, compared to trees in Madagascar and southern Africa as well as a high level of gene diversity in West African trees.

Elsie has already published three research papers from her PhD.  These include the description of five new species of fungi isolated from Baobabs. One of the papers became the cover story for the journal Persoonia. There are more publications and more new species in the pipeline.