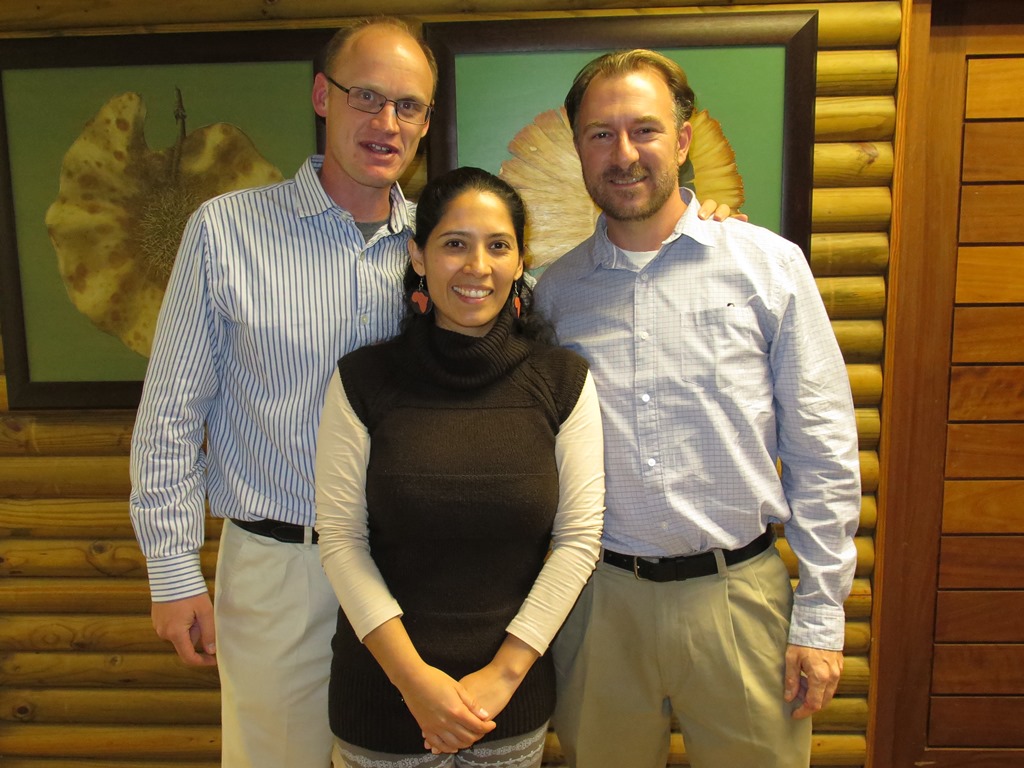 FABI congratulates Sarai Olivier-Espejel for successfully defending her PhD thesis during her oral examination on June 7. Sarai had presented her prestige seminar the day before in front of relatives who had travelled all the way from her home country, Mexico, as well as friends and colleagues from FABI. This marked the fifth PhD degree pass at FABI in 2016. Titled “Patterns and drivers of insect community diversity and composition in non-native black wattle and pine plantations in South Africa”, the study was supervised by Drs Jeff Garnas and Brett Hurley.

The study contributes to our understanding insect communities associated with Pinus species and Acacia mearnsii as well as the factors that influence their colonisation of their hosts. Sarai investigated insect communities on trees in the Mpumalanga, KwaZulu-Natal and Limpopo provinces. While samples were apparently native to South Africa, she also discovered four exotic bark beetle species not previously known to occur in the country. The study also found that the higher diversity of insect communities on A. mearnsii indicated that the species had become a host to a variety of native insect pests.

Dr Garnas commended Sarai for her independence and self-motivation during her research – traits he said were important to every PhD student. Prof. Mike Wingfield said Sarai’s study was significant for highlighting the possible role of insects in controlling the spread of invasive species.