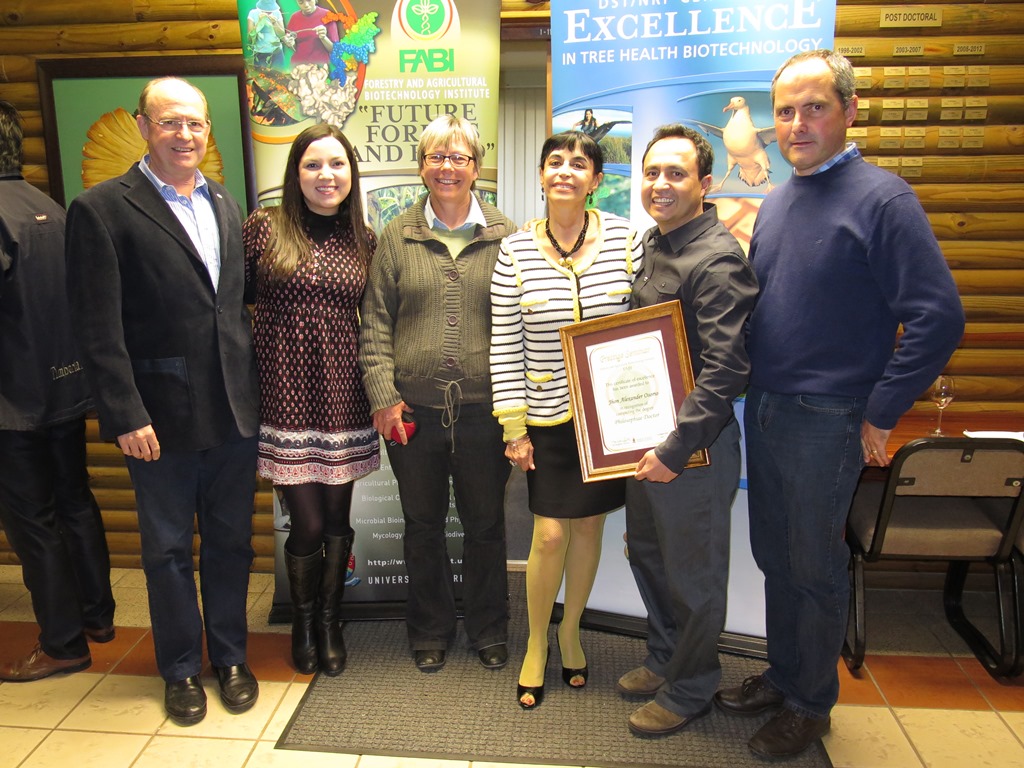 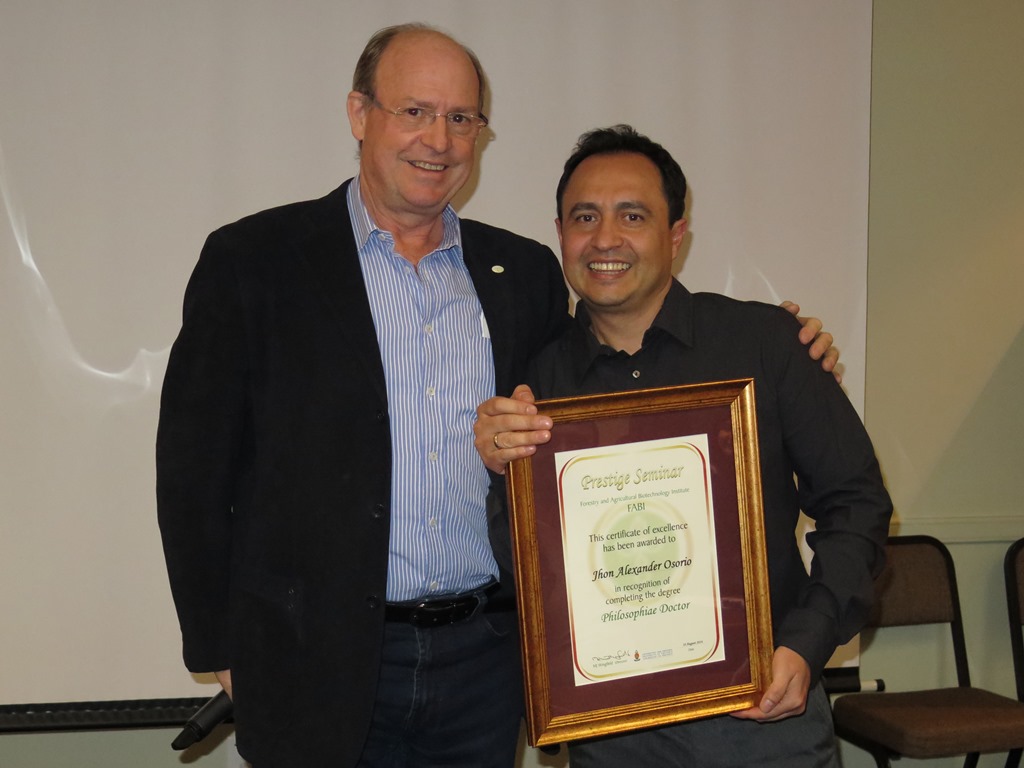 FABI congratulates Alexander Osorio on the successful defence of his PhD thesis during his oral examination on 10 August. Alex had presented his prestige seminar the previous day that was attended by his wife Andrea, friends and the Colombian Ambassador to South Africa, Her Excellency Dr Maria Eugenia Correa Olarte.

His thesis, titled:  Diseases of mangrove trees in South Africa, was a unique project as FABI had never before worked on mangrove tree species and it therefore presented some unique challenges. The field work was especially difficult, and dangerous, as Alex and his helpers had to sample in inaccessible areas that were home to hippos, crocodiles and many venomous snake species. His external examiner was Prof. Panos Tsopelas and Dr Tod Ramsfield while the external examiner was Prof. Teresa Coutinho. Alex has already published three papers from his PhD with two more under review.

PUBLICATIONS FROM HIS THESIS