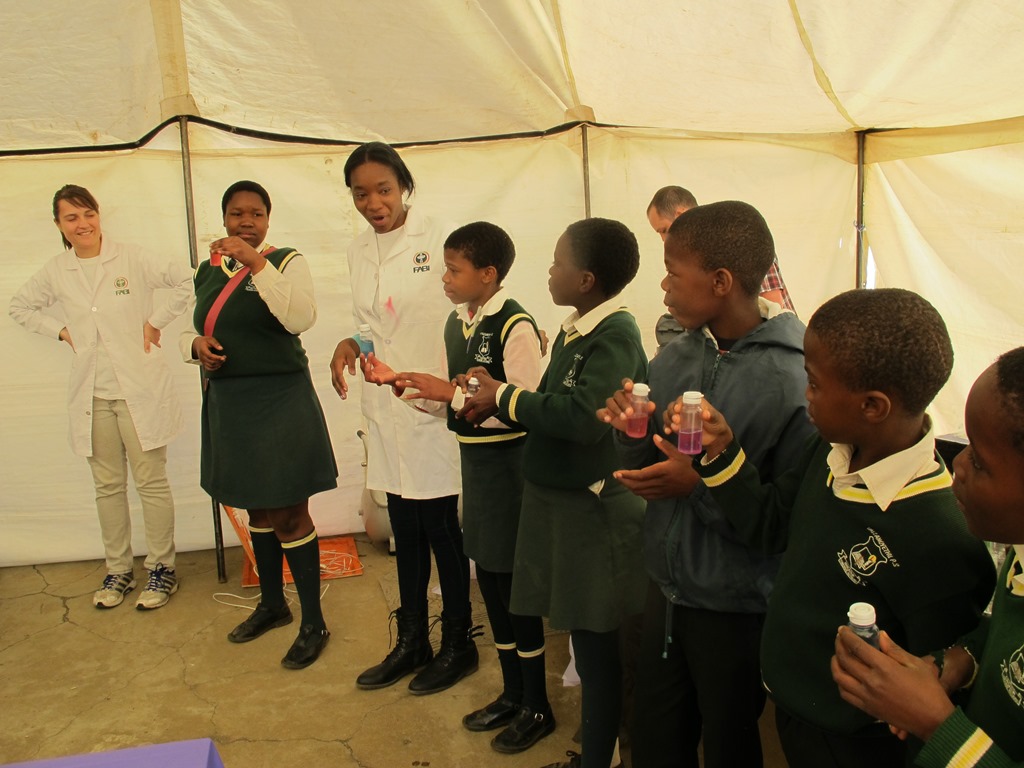 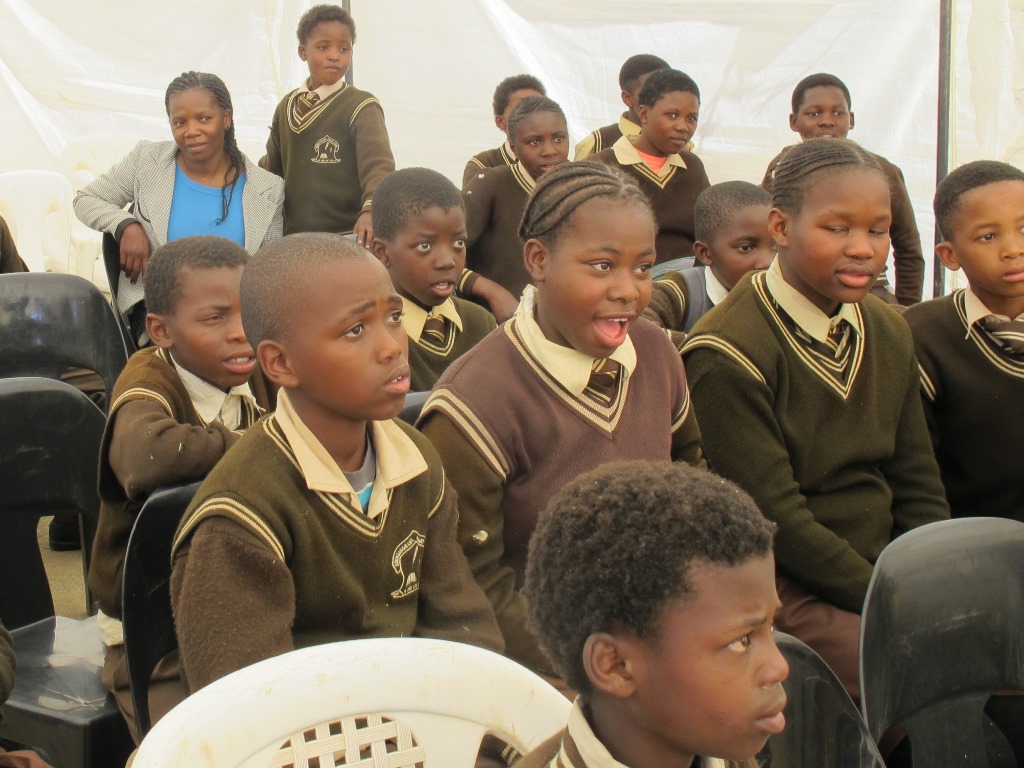 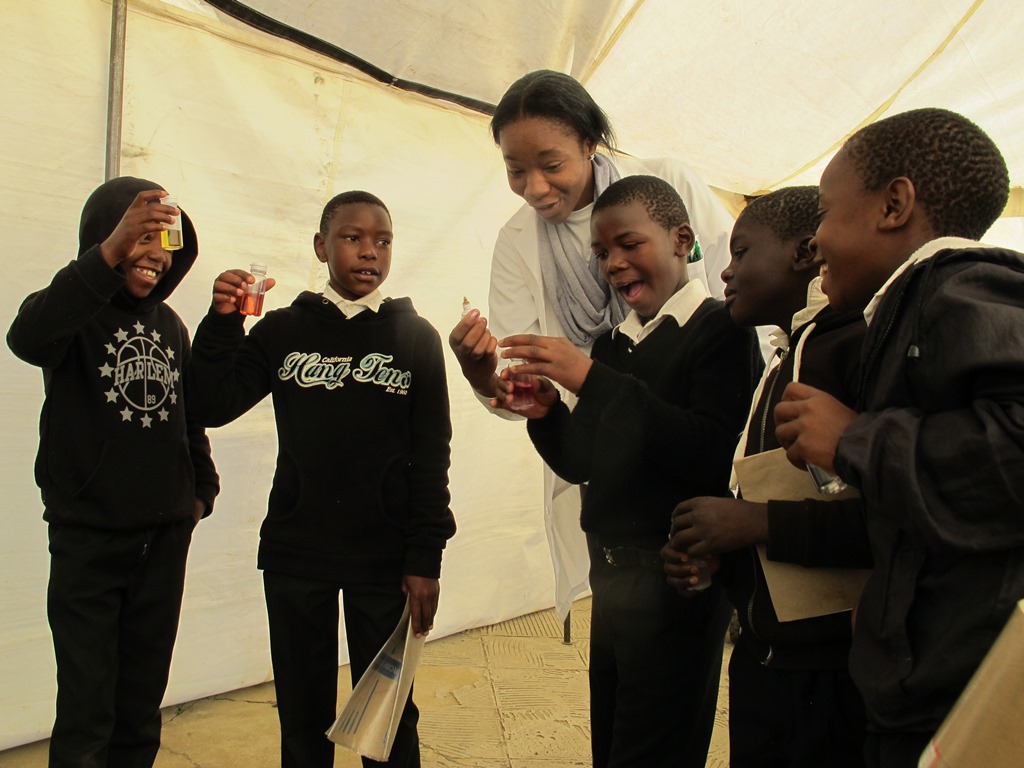 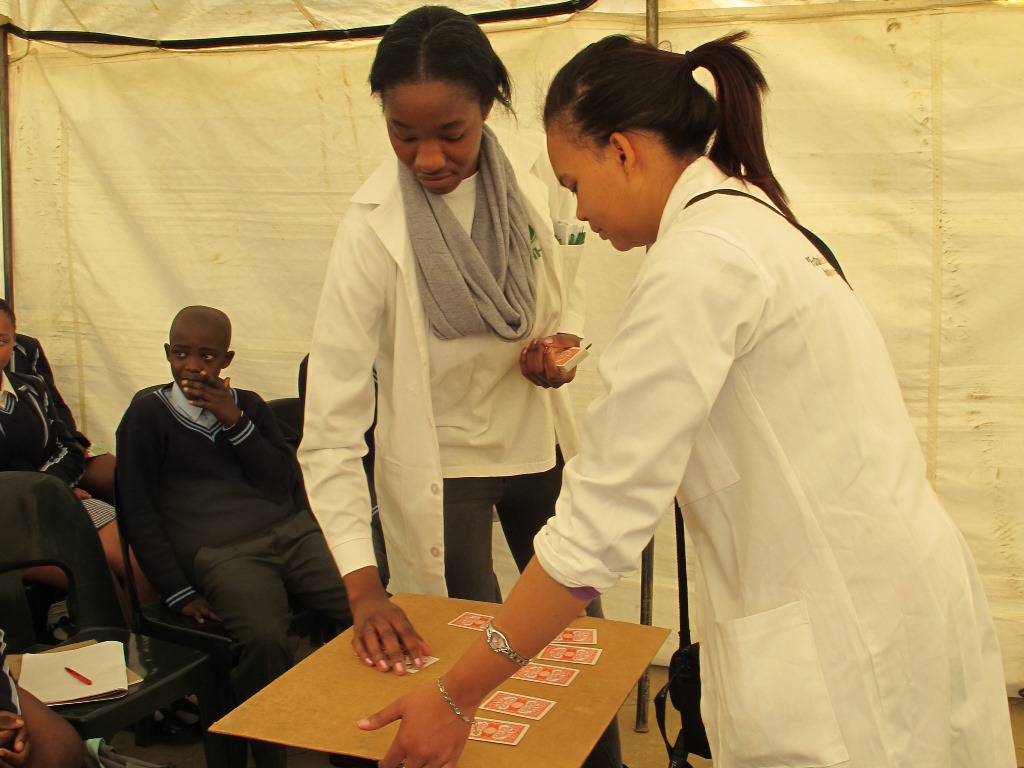 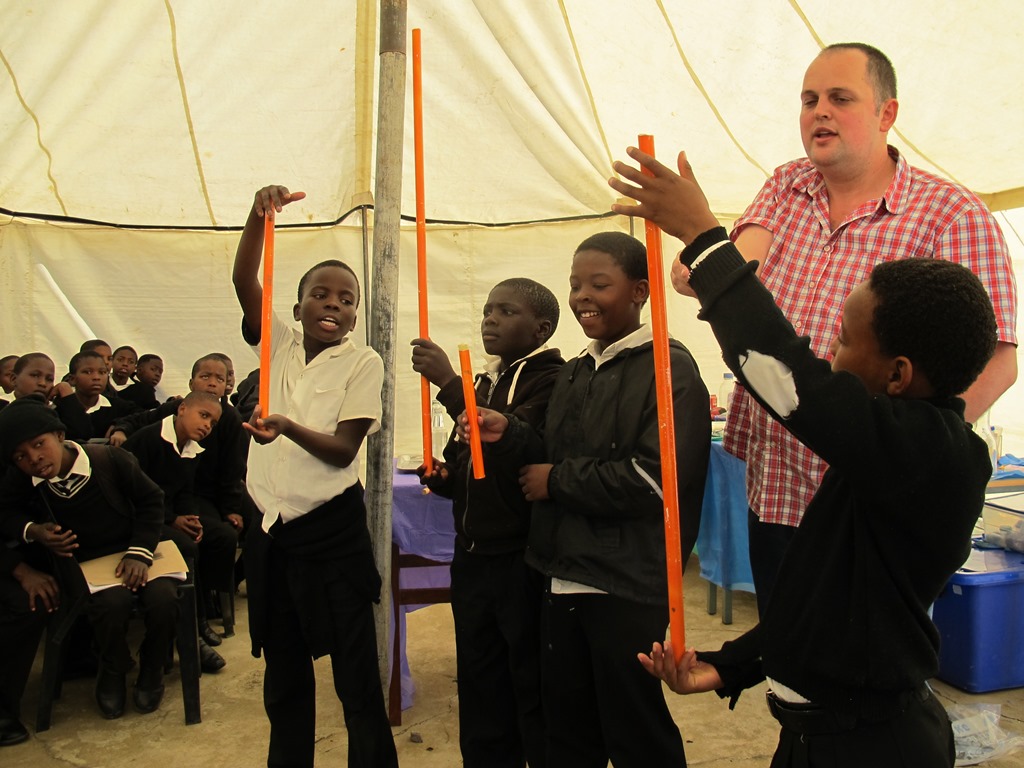 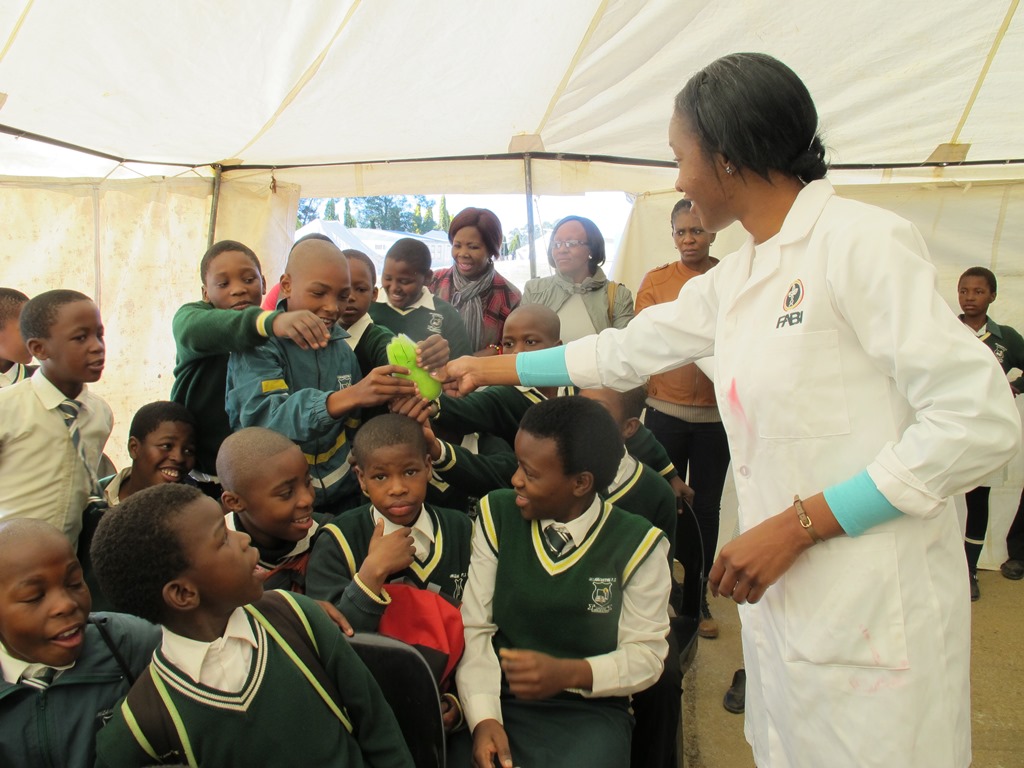 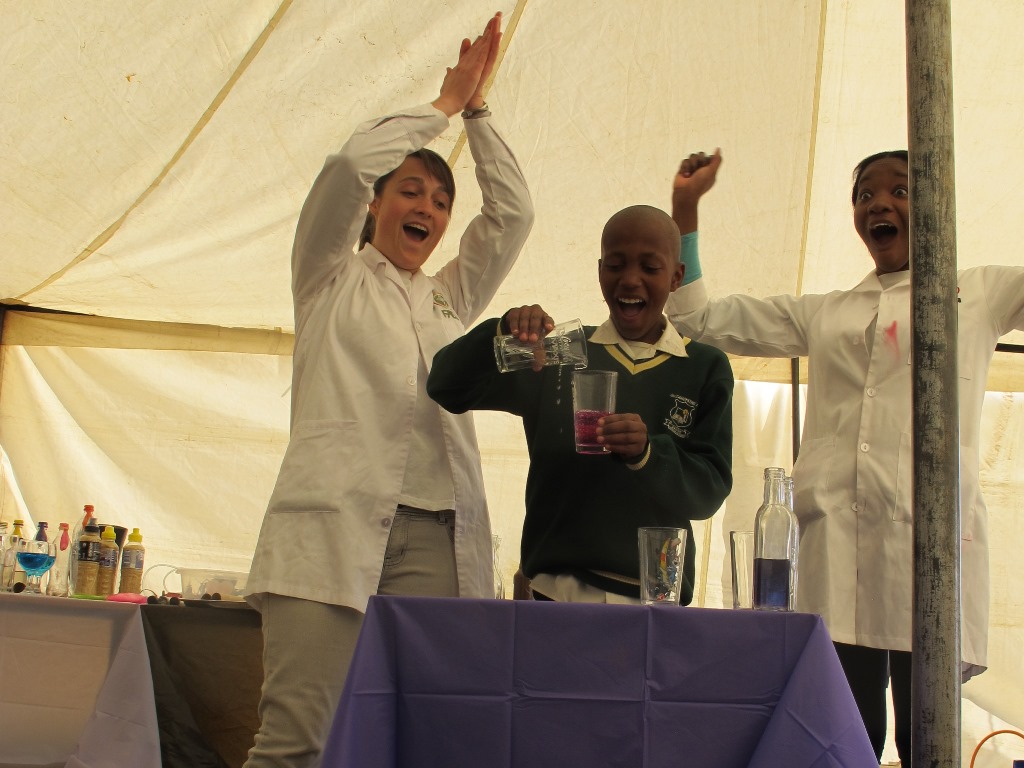 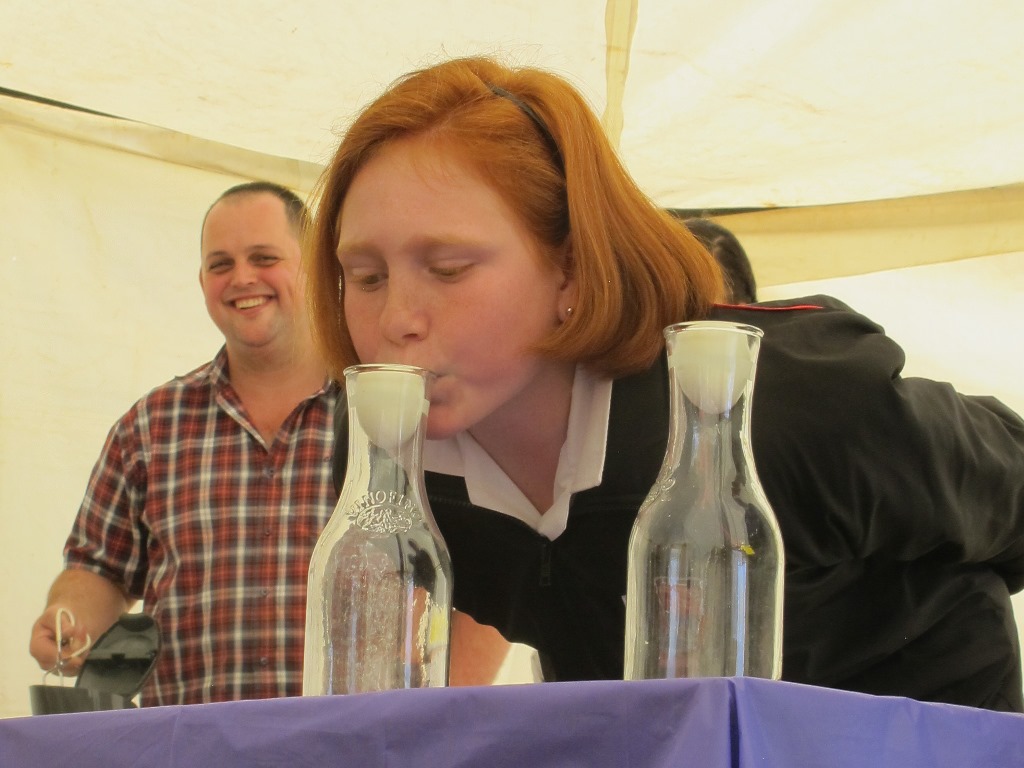 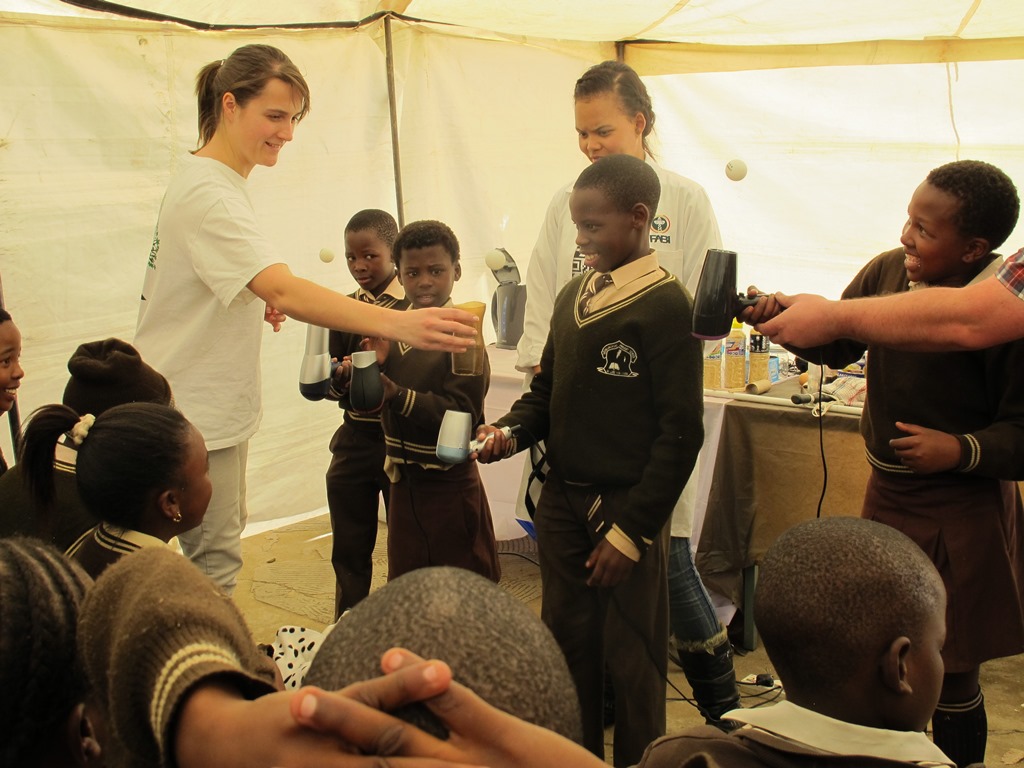 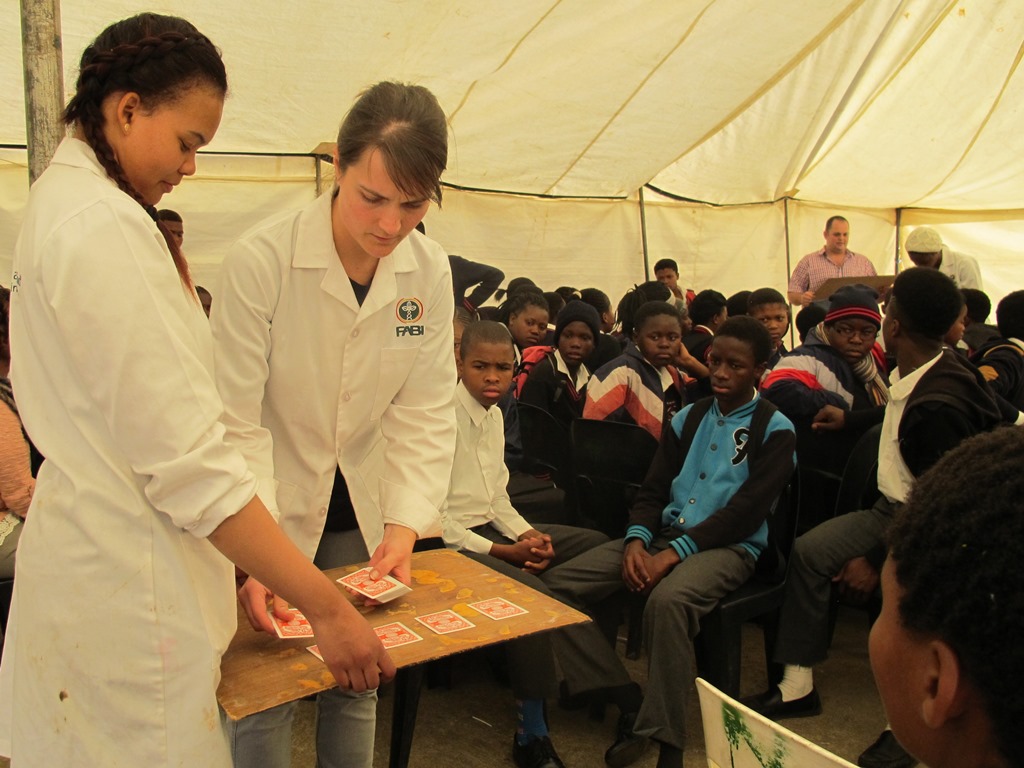 The Outreach team from the DST-NRF Centre of Excellence in Tree Health Biotechnology (CTHB) at FABI travelled to Piet Retief, Mpumalanga, on 9 August to participate in the annual National Science Week fair. Led by Juanita Avontuur, the team included Arista Fourie, Benedicta Swalarsk-Parry and Dr Markus Wilken, who performed various experiments for more than 5000 learners ferried to the Mondi Science, Career Guidance and FET Skills Centre between 10 and 12 August. The CTHB team used items found in most homes such as vinegar, eggs, bicarbonate of soda, yeast, dishwashing liquid and hairdryers to bring to life many scientific principles.

By the end of each experiment, the learners were convinced that science, not magic or trickery, explained the phenomena unfolding before their eyes. Though popular with primary and high school learners, the experiments excited some of the teachers who not only took notes but also competed against their charges in some of the challenges set by the team. Some tried to outdo their pupils by trying to pick out as many grains of rice from a bottle using chopsticks! They were rewarded with sweets for their efforts; as their bottles weren’t packed with enough rice to keep the chopsticks in place between the grains and allow them to lift all the rice at once.

The CTHB team showed the learners how to use mathematics to outsmart their friends in a game of cards and also simplified exothermic reactions in chemistry by using hydrogen peroxide, dishwashing liquid, food colouring and yeast to create fluorescent “volcanoes” which erupted in front of their eyes! Sprays of water cooled many down on the hot afternoons as the team demonstrated how air pressure propelled rockets – in this case plastic bottles – few of which landed on the roofs of buildings in the centre! In a bittersweet moment, the learners chanted “We love you, Markus!” in recognition of his last NSW event after 10 years of community outreach service.

An initiative of the Department of Science and Technology, NSW events are held over five days across all nine provinces. The focus at the Mondi Science Centre was not only on science but also on career guidance as government departments and institutions such as the South African Weather Service and the South African Air Force also exhibited. Local government elections earlier this month as well National Women’s Day and a school holiday last week meant that this year’s NSW was reduced to three days.