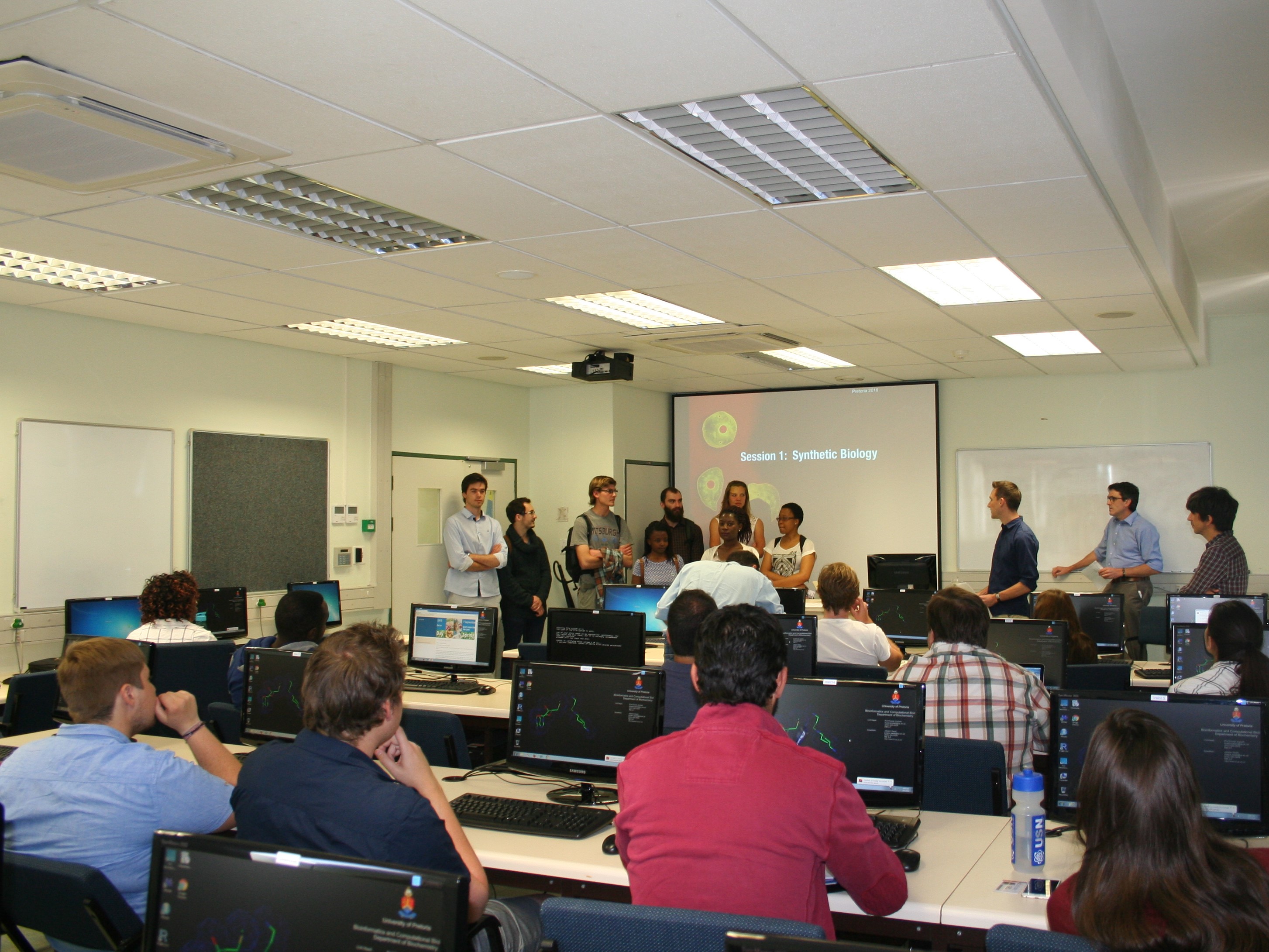 The 2016 Pretoria_UP iGEM team, instructed by FABIan Dr. Steven Hussey, partnered with the African Center for Gene Technologies (ACGT) to facilitate a plant synthetic biology workshop on 5 September 2016 at the University of Pretoria. This first of a kind initiative contributes to a part of the team's Human Practices portfolio.

The workshop, which was funded by the ACGT, was presented by bioengineer Dr. Fernán Federici, a research fellow at the University of Cambridge funded by OpenPlant, assistant professor at the Pontifical Catholic University of Chile, and facilitator of the recently implemented TecnoX innovation competition in Latin America. Invited plenary speaker to the ACGT Synthetic Biology Symposium the following day, Prof. Geoffrey Baldwin, a Reader in Biochemistry in the Department of Life Sciences and Centre for Synthetic Biology and Innovation (CSynBI) at Imperial College London, also presented on his work on the BASIC method for standard assembly. The workshop was attended by delegates from the University of Pretoria (including FABI), Agricultural Research Council, Council for Scientific and Industrial Research, and the Department for Environmental Affairs. The Pretoria_UP iGEM team will be competing in the iGEM Giant Jamboree in Boston, USA from 27 - 31 October 2016.