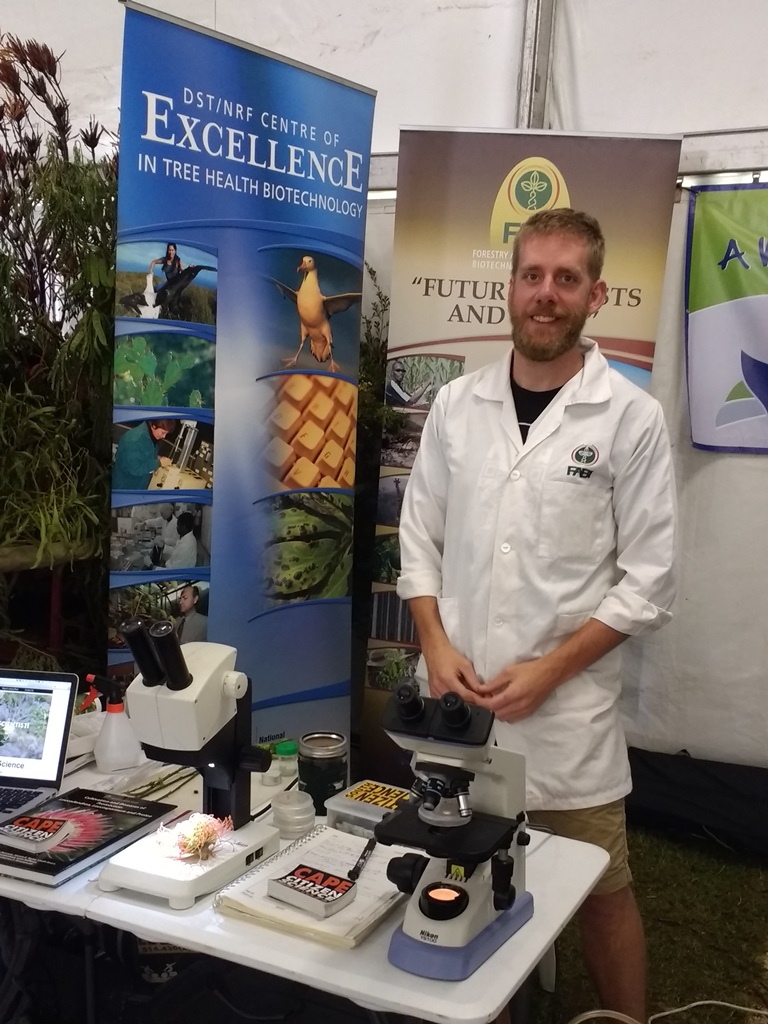 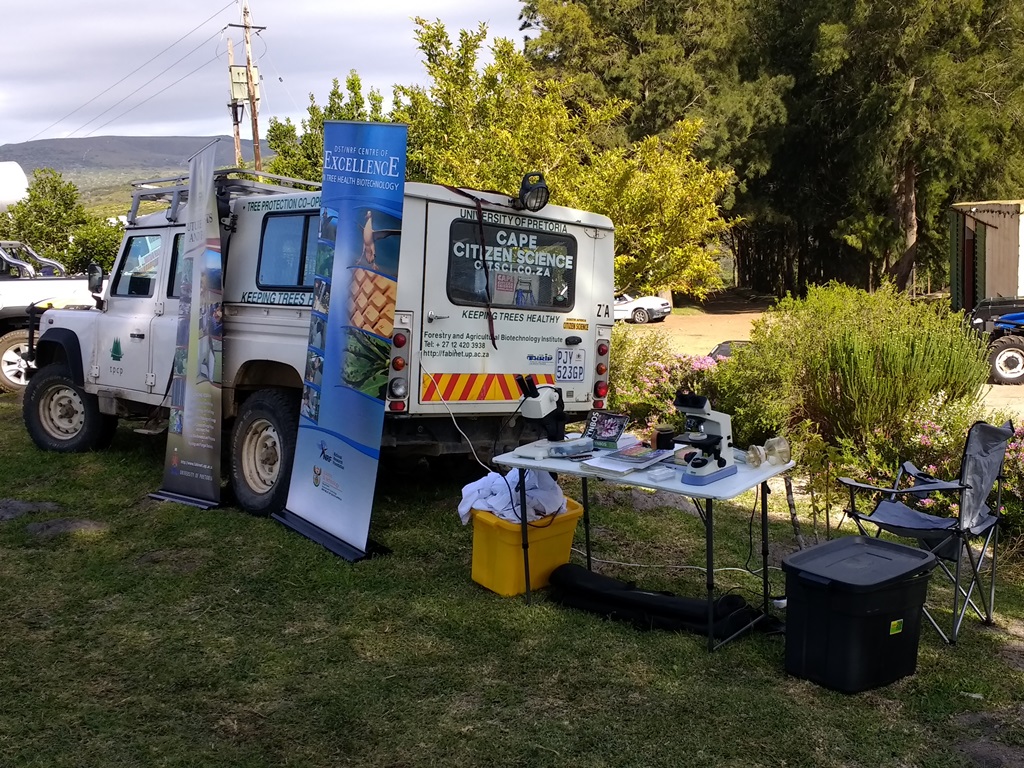 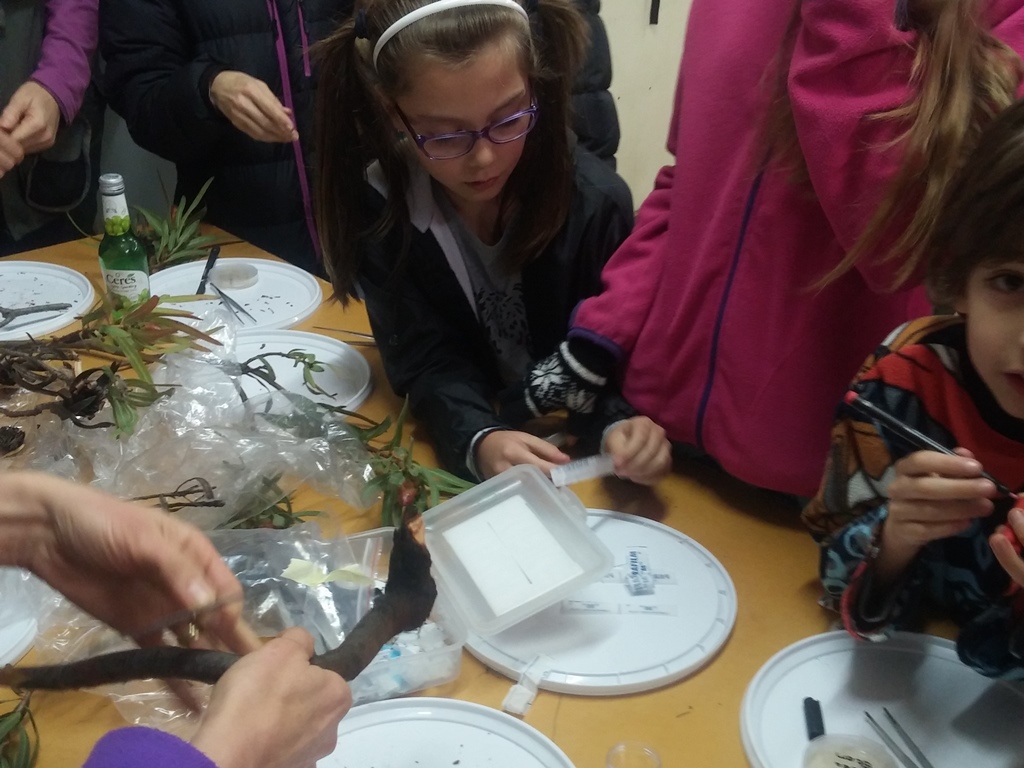 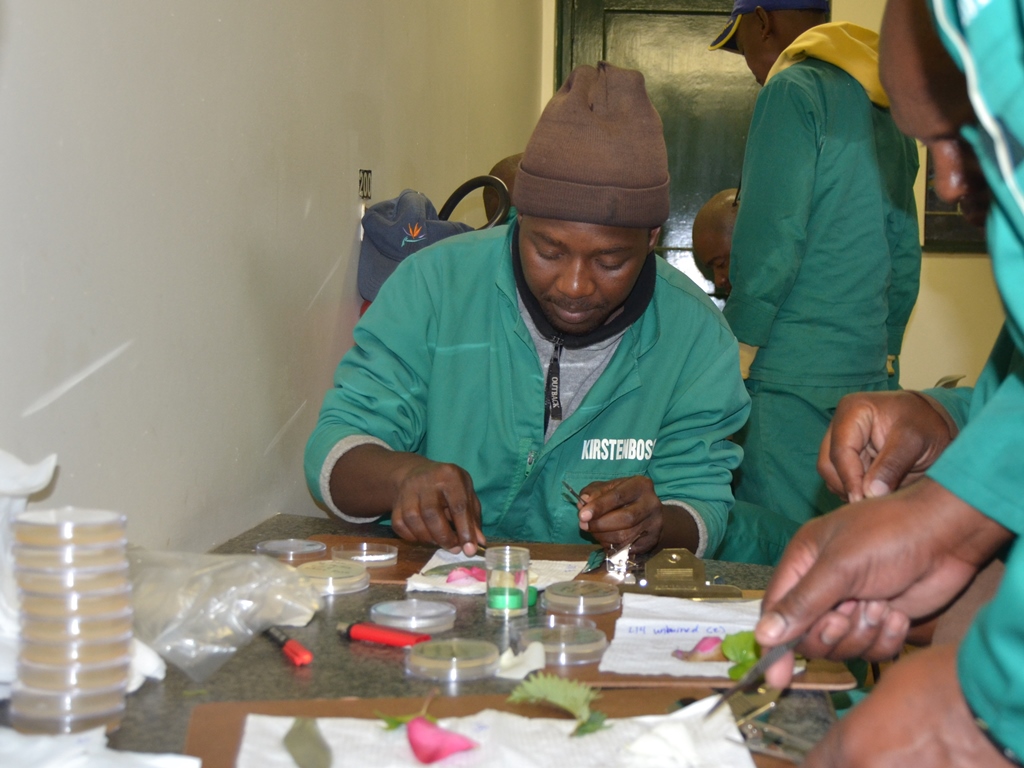 FABI PhD student Joey Hulbert extended his Cape Citizen Science project to two popular tourist towns in the Western Cape over a weekend in September to raise awareness about the threat of pathogens to the fynbos biome. He travelled to the Funky Fynbos Festival in Gansbaai and the Hermanus Flower Festival in Hermanus on 25 and 26 September respectively.

Joey manages Cape Citizen Science, a community outreach project that places members of the public at the centre of scientific research. He reaches out to communities in the Western Cape to raise awareness about the threat to the fynbos – a biome with plants that grow nowhere else in the world – from Phytophthora species. He teaches people of different ages and communities the skills to act as “pathogen hunters” such as identifying diseased plants, submitting samples and maintaining cultures for use in scientific research.

Joey interacted with recreationalists at the festival in Gansbaai, including children who had the opportunity to use a microscope for the first time, as he presented isolates of Phytophthora growing from Leucadendron sp. root tips. Joey then travelled to Hermanus where he set up a stand in the eco-tent at the Fernkloof Nature Reserve for the annual Hermanus Flower Festival hosted by the Hermanus Botanical Society. He was approached by local farmers who asked about plant diseases and showed him pictures of diseased plants they had seen. Joey made contact with potential citizen scientists and spread the word about the importance of conserving the fynbos at the festivals.